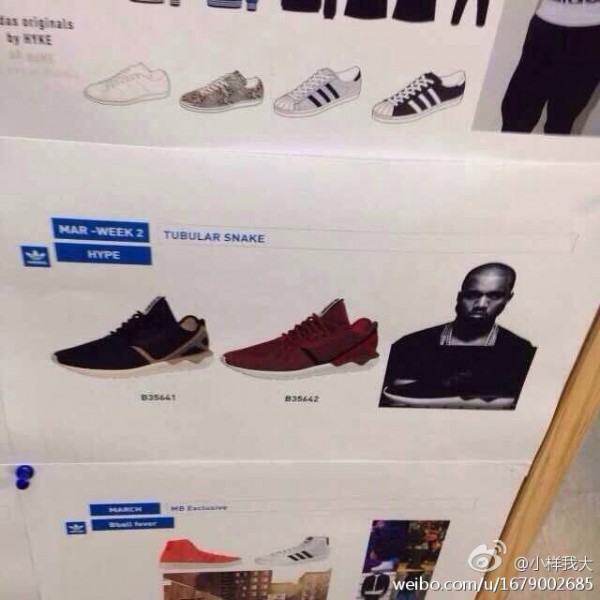 By the look of things, Drake won’t be the only one to have Spring 2015 poppin’ as today welcomes a potential first look at the upcoming Kanye West x adidas collaboration.

What’s currently on the hush and and still under wraps until March (expected release date), this leaked image reveals two silhouettes that are rumored to have been designed by Kanye himself. Dubbed “Tubular Snake”, these styles look to offer up monotone aesthetics and sleek builds. Where trainers have become the shoe of choice for Mr. West as of late, we wonder: Could this be the direction of the new collection? What are your thoughts so far?

Are we far from the truth? For now, there’s no official word on the name of the collection or whether or not these images belong to Kanye West. Case in point, we’ve got a long way to go before we go nuts over his next shoe. Keep it here at Sneaker Files for more!