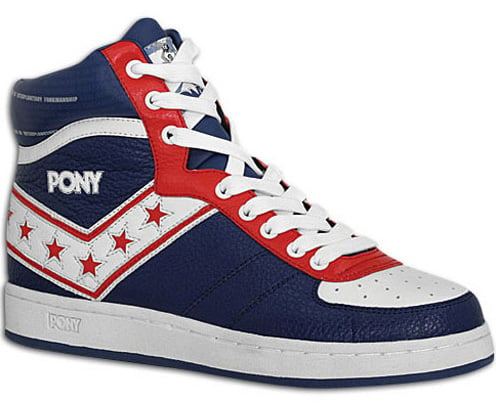 The upper of the Pony Uptown / Midtown was made using either leather or mesh, each with leather trimmings. Pony was actually one of the very first brands to use mesh on the upper. Several color ways have been issued. The Pony Uptown – Midtown has been reissued in several new color ways in 2004.