Expected to release early next year is a new design influenced by Onitsuka Tigers’ unique running heritage, the Shaw Runner Reflective Pack. The pack is made up of two Shaw Runner models constructed in nylon and synthetic uppers that are accented by reflective details. The toe-box and Solyte midsole have a subtle graphic print that features Japanese patterns influenced by traditional Japanese Tabi socks.

Although these are expected to hit shelves early next year, you can pre-order a pair now from select online stores like END. Scroll down to see more detailed pictures of the shoe and let us know what you think. 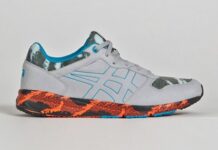 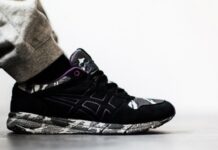