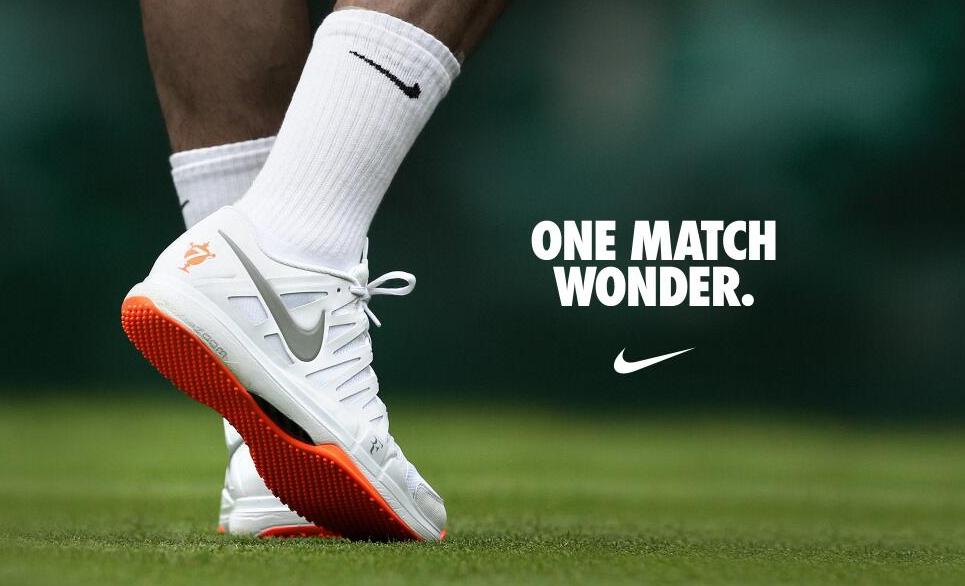 As Roger Federer took a disheartening loss against 116th-ranked Sergiy Stakhovsky in the second round at Wimbledon yesterday, Federer was also confronted by Wimbledon officials to cease the wear of his new orange-soled Nike Zoom Vapor 9 Tour sneakers.

That’s right, banned. Not Michael Jordan banned, but something like it. While Wimbledon officials cited the sneakers as a violation of the tournament’s dress code, Nike had already won in their marketing ploy as the brand hinted that Federer would be “making a bold style statement in London.” Not only that, but the white and total orange models would go on to sell out instantly at Nike.com shortly after news of the incident spread.

Perhaps we’ll see a banned retro in the future; would the tennis shoe have sold out otherwise or is this all hype? A significant day in tennis history, did you score a pair of the “Banned” Nike Zoom Vapor 9 Tour? 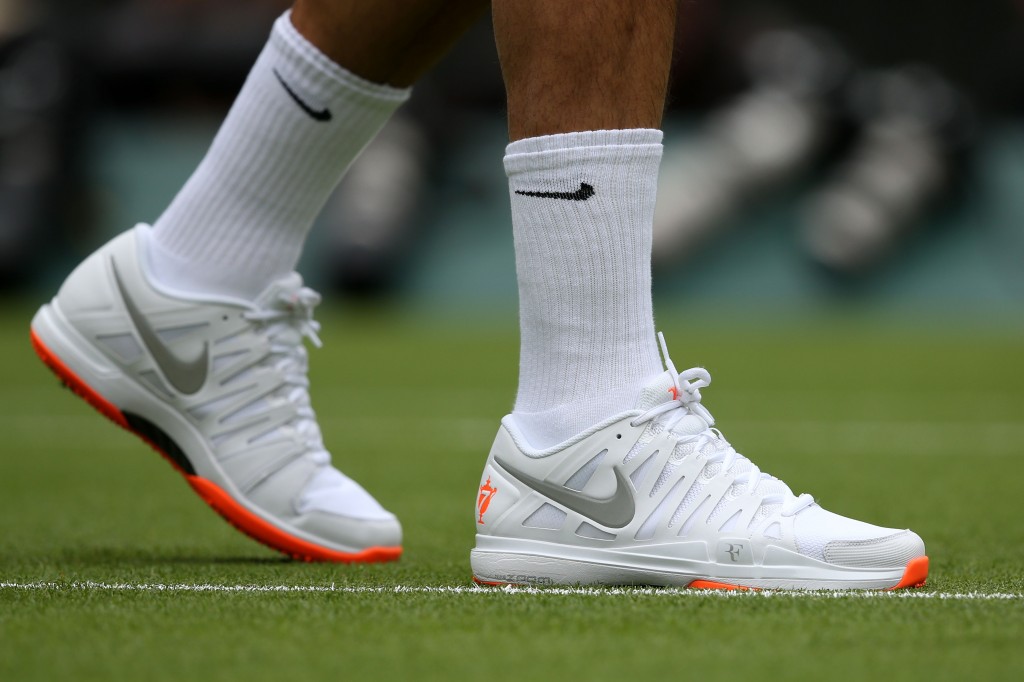 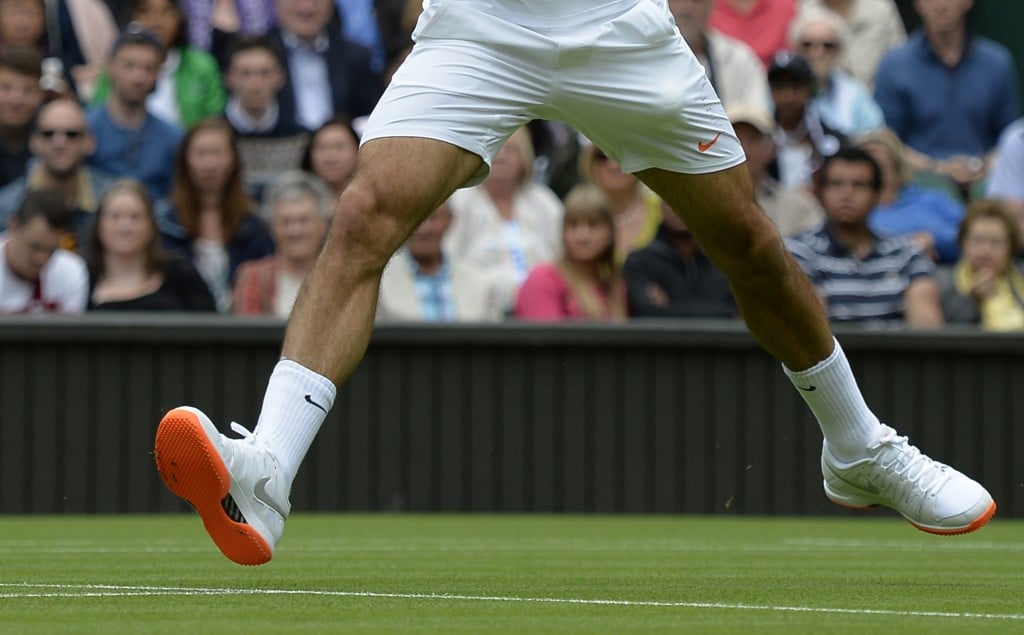 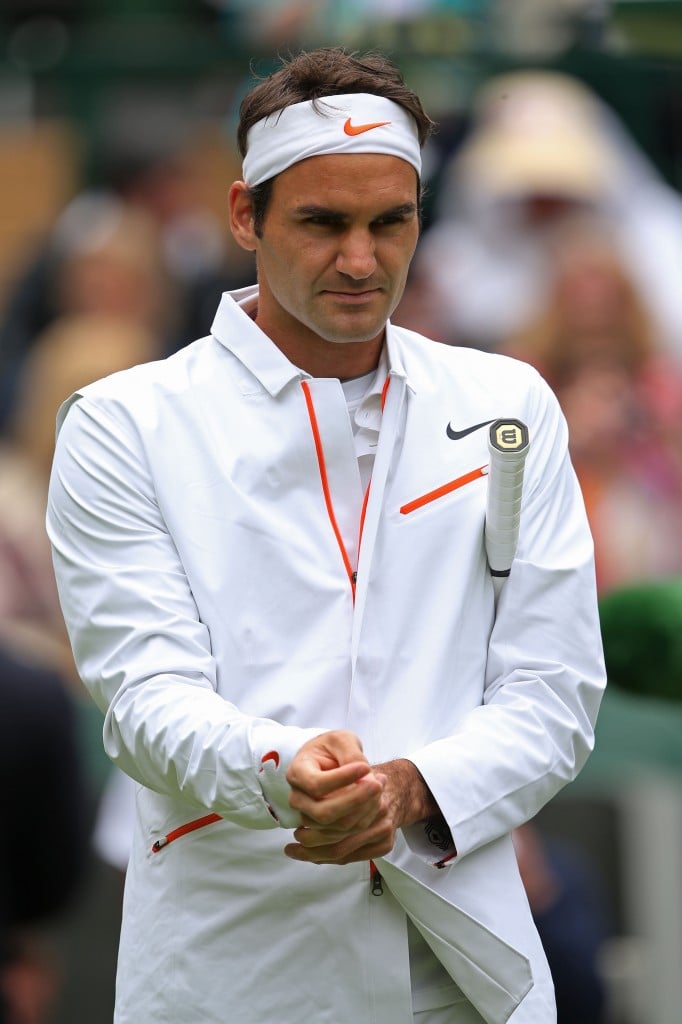