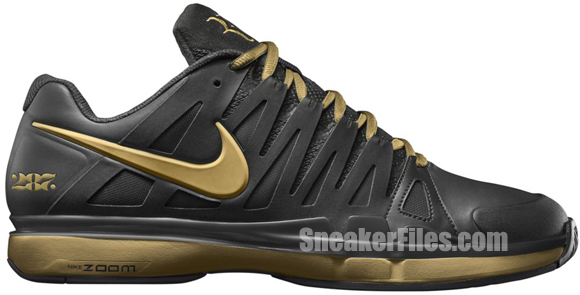 Is it hard to believe that tennis’ Roger Federer has a new limited edition tennis model that is completely sold out? That’s right. The Nike Zoom Vapor RF 287 that was made to celebrate Roger’s 287 day run as #1 Men’s tennis player in the world is now all gone.

This Black/Metallic Gold beauty whose quantity was said to be limited to just 287 pairs didn’t last too long at the Nike Store as fans and other athletes scooped up the shoes that featured Roger’s logo, commemorative packaging, and a signed letter of authenticity from Roger himself.

There’s no need to worry though. You can try your luck at owning a piece of history by checking out the $1000+ auctions for the shoes on eBay.