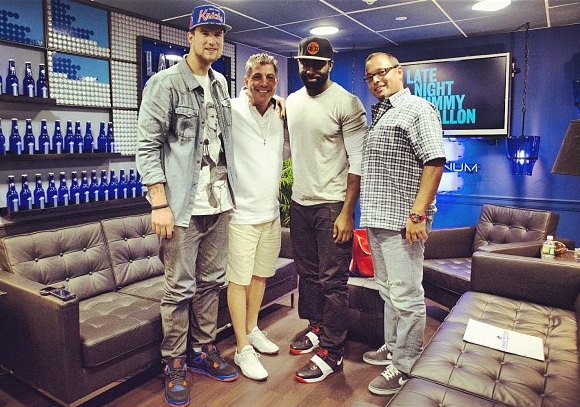 Could this be our first look at Jets corner Darrelle Revis’ first-ever signature Nike shoe? Well, just a few days ago the all-star athlete appeared on the Late Night with Jimmy Fallon show to play the new Madden ’13 video game as part of Fallon’s Video Game Week.

Not only did Revis meet his match against Fallon while playing the new game that’s slated to release August 28th, but he also appeared to be wearing what looks to be a shoe designed for him by Nike. Checking out the preview image below, the trainer shows Flywire technology, Zoom Air cushioning, a midfoot strap, and signature Nike branding.

No word on the collaborative effort yet, but be sure to keep it here with Sneaker Files for any developing news on the supposed Nike Zoom Revis. 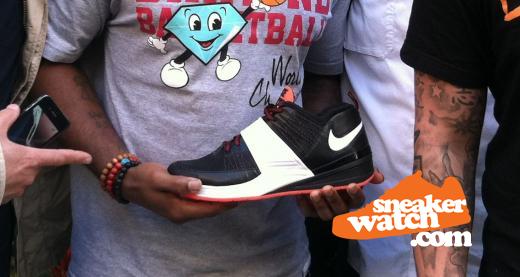