The Oklahoma City Thunder fans might’ve been sending a strong message to the Miami Heat and the rest of the NBA when they chanted “MVP” for Kevin Durant several times during Game 1 of last night’s Finals match-up.

Yes, Durant might be the Most Valuable Player in many basketball enthusiasts’ eyes, but that was probably the least of his concern as he led his team to victory wearing the Nike Zoom KD 4 – Finals Home PE. Displaying a white and gold colorway, these signature sneakers featured gold accents throughout for a rather classy look. Clear soles and gold is the theme. The question is: Who will take home the gold?

Keep it here for more news and updates! 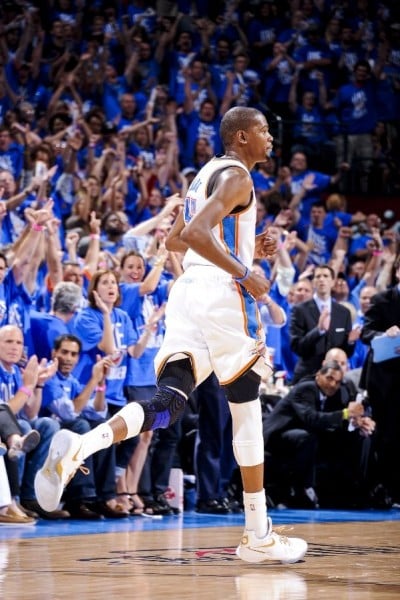 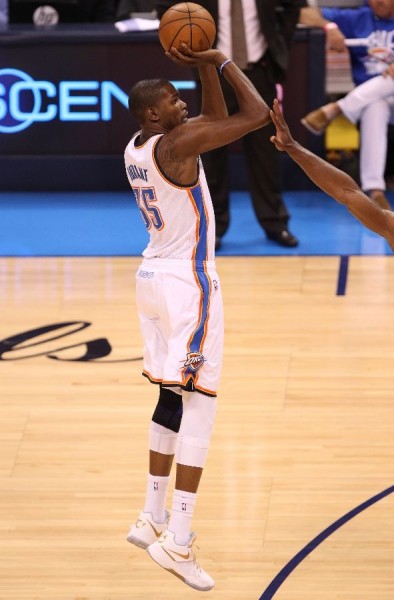 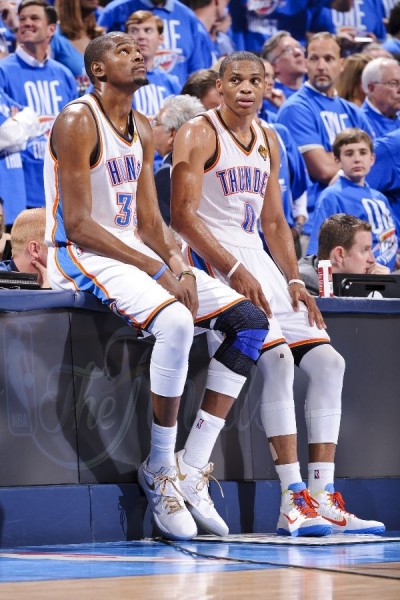