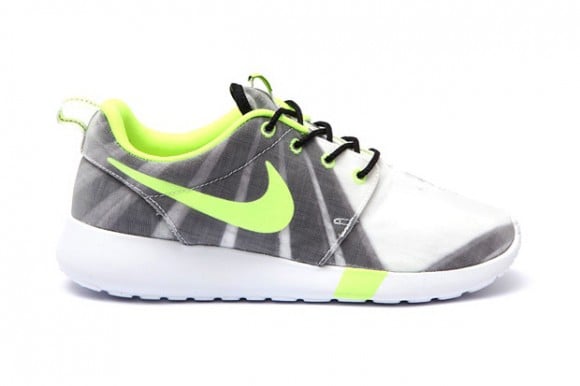 Aside from the upcoming Air Foamposite 1 “Concord,” Nike has been in the lab working on some lady-friendly releases.

The Nike WMNS Summer 2014 “Training” pack feature the Air Max 1 and Roshe Run sneakers, in black and white colors, with volt yellow accents appearing on both. A tie dye-like pattern takes over the AM1, with volt attacking the front half of the midsoles and Nike Swoosh. Black swallows all of the toe paneling and lacing. The Roshe Run sneaker sees a quasi-Flyknit inspired pattern on its uppers, with the use of volt on the Swoosh and lining. The phylon midsole is mostly white, with minimal use of volt.

Keep an eye out for these shoes come early June, they should be hitting a Nike 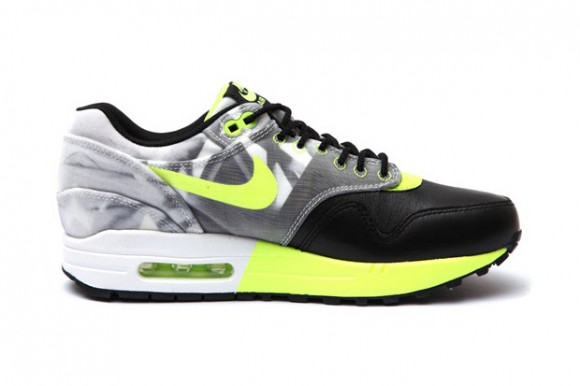