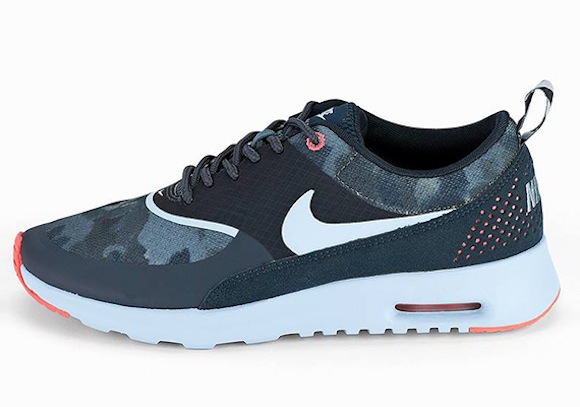 Nike first introduced the Air Max Thea in a bright colorway calling it the “Flash Lime”, which received a good amount of publicity. Going from bright to dark, Nike drops this sleek Air Max Thea “Camo” colorway. No surprise right, seems like June should just be called “Camo Month” from now on.

The Thea “Camo” features the design around the toe frame and upper portion of the ankle. The heel is perforated to provide some visual of the total orange that is in the background of the Nike accent. Both swoosh and bottom sole are touched up in white, which projects the total orange bubble pack much more vividly.

There is no set date of release but word on the street says that the release is scheduled for Fall/Winter 2013. So ladies, what do you all think about this colorway? Leave a comment after the jump. 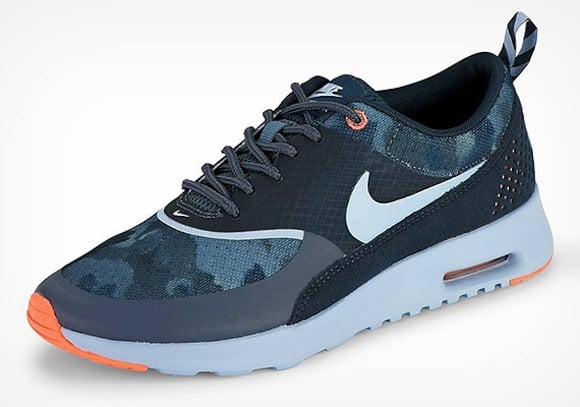 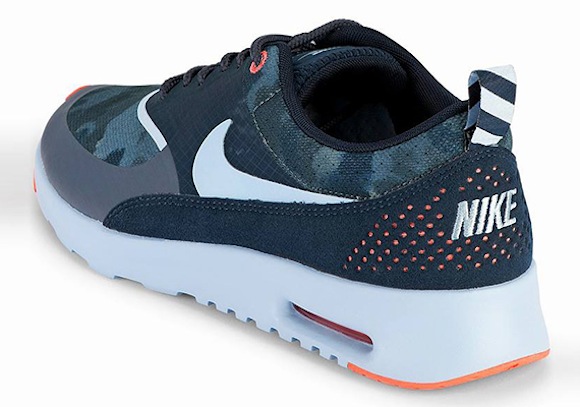 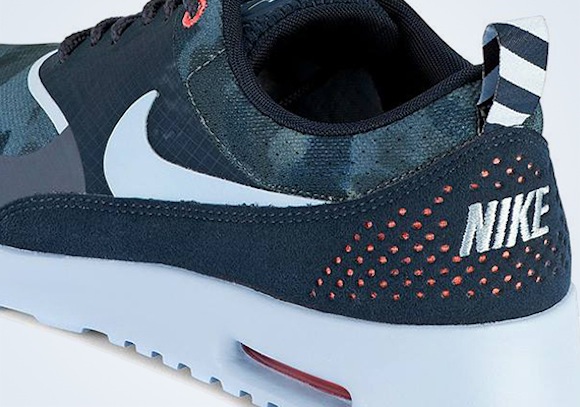 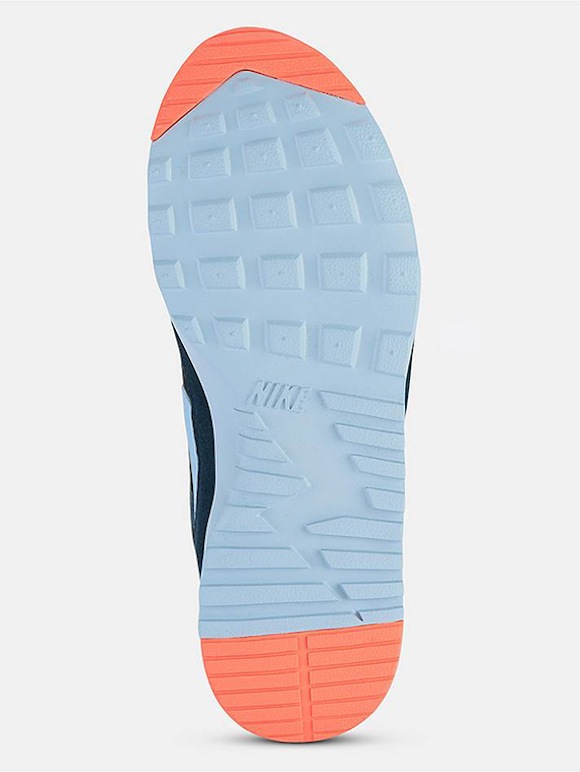