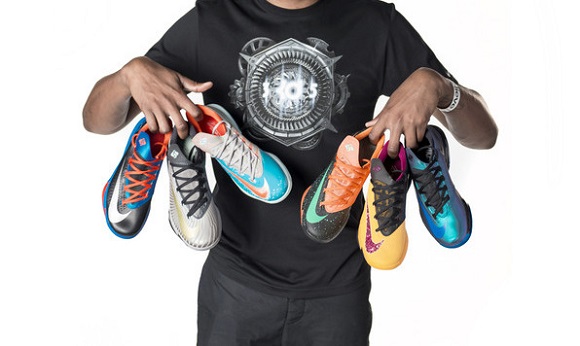 Earlier today, Nike.com released a sneak peek of Kevin Durant’s signature sneaker – the Nike KD VI – officially unveiling 5 new colorways, as well as when we can expect those sneakers to release. While we’ve already shown you previews of a few of the colorways (the “PB & J”, “Away”, and “Precision Timing”, fka “Grey Mint”), there weren’t yet release dates tied to those kicks, so the press release was welcome news. Hit the jump for a look at the upcoming sneakers, as well as the release dates and descriptions of each shoe, courtesy of Nike.com.

Nike KD VI “Peanut Butter And Jelly”: Aunt Pearl would always bring a young KD his favorite childhood snack, a peanut butter and jelly sandwich, when he was away from home. She would drop off the sandwiches at the Seat Pleasant Activity Center while KD was busy developing his game. His appetite for hard work continues to this day, with PB&J as an ongoing reminder. – Release Date: October 19th

Nike KD VI “Away”: The road is where teams are tested. Playing away in hostile arenas is where KD feels his game is tested and perfected. Whether it’s the front row or last row, KD wants all the fans on the road to be able to see his KD VI Away shoe with his black, orange and blue color combination. – Release Date: October 31st

Nike KD VI “Maryland Blue Crab”: The state of Maryland is well known for its crab feasts. KD is a big fan of blue crab, which is indigenous to his home state. It is still one of his favorite foods to this day. – Release Date: November 29th

Nike KD VI “Precision Timing”: Inspired by the precision craftsmanship of a wristwatch, the KD VI includes both performance and aesthetic cues tied to timing and clockwork. Whether it’s the hidden outsole detailing or radial brushed texture marks on the midsole, this special colorway accentuates details with a metallic palette. – Release Date: December 7th 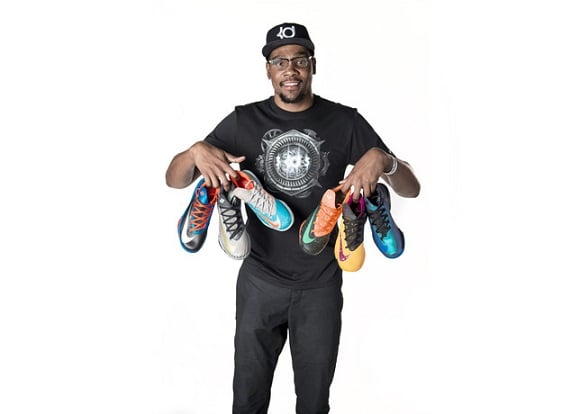