By Brian Betschart
May 30, 2022
In
Air JordanNikeNike Retro 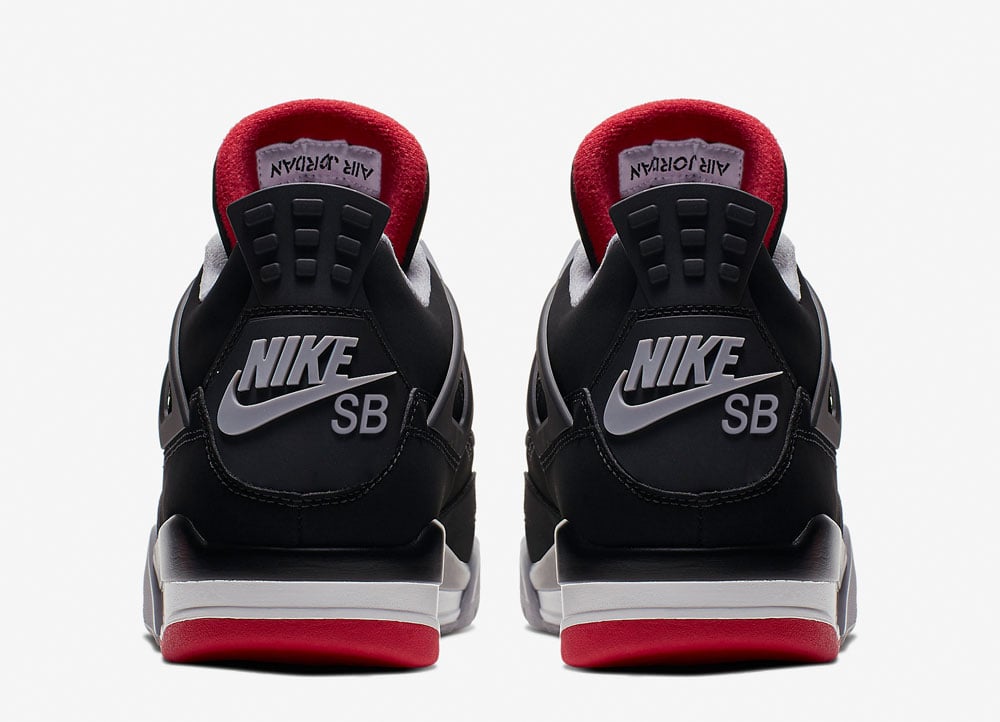 Rumors are circulating that Nike SB and Jordan Brand will team up once again, this time on the Nike SB x Air Jordan 4 that could release in 2023.

The first time the two came together was in 2014 when Lance Mountain with Nike SB and Jordan Brand launched the Air Jordan 1. In 2019, we saw both the Nike SB x Air Jordan 1 High and Low release that pays tribute to the Air Jordan 1’s roots in skateboarding culture.

Currently, images have yet to leak of the Nike SB x Air Jordan 4. However, according to reports, there are early test samples that come in all-Black, similar to the ‘Black Cat’ Air Jordan 4. Highlighting the pair is Nike SB branding on the heels.

Although not confirmed, the Nike SB x Air Jordan 4 is rumored to release at select skate shops and Nike.com in 2023. Once we have more information, we will make sure to update you.

The image used is a mock-up.