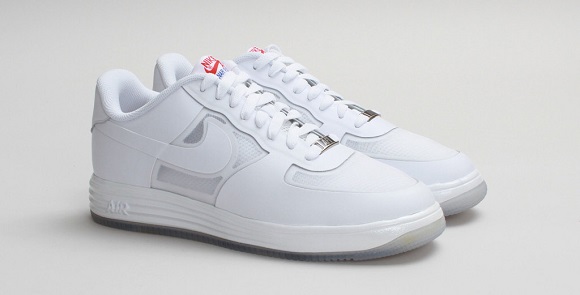 Remember those Nike Lunar Force 1’s that dropped right before Easter? Those caused quite a stir, with the great idea of giving random pairs colored soles, similar to the different colored eggs kids searched for on Easter egg hunts every April. Well, yesterday Nike released a shoe similar to the all-white kicks they released earlier this year, the Nike Lunar Force 1 Fuse LTHR “White/White”, albeit to less fanfare.

Featuring an all-white upper atop an icy clear outsole, this modern take on the classic all-white Nike Air Force 1 Low would be perfect for the summer season (or the winter… all-white low tops are always fresh!). Hits of red and blue on the tongue and heel add a little bit of color to this all-white affair. You can pick up a pair now at select Nike retailers like Concepts.

What do you think of the “White ” Lunar Force 1? Fan of the new take on the old-school classics, or would you much rather cop a pair of the originals? Let us know in the comments below, and take a look at some more pics after the jump. 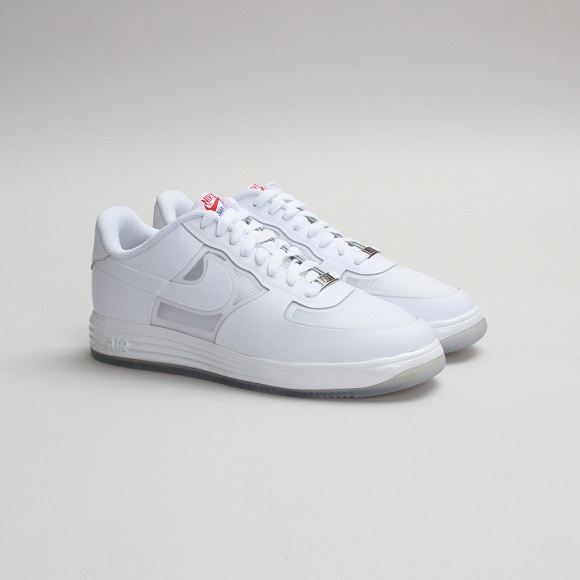 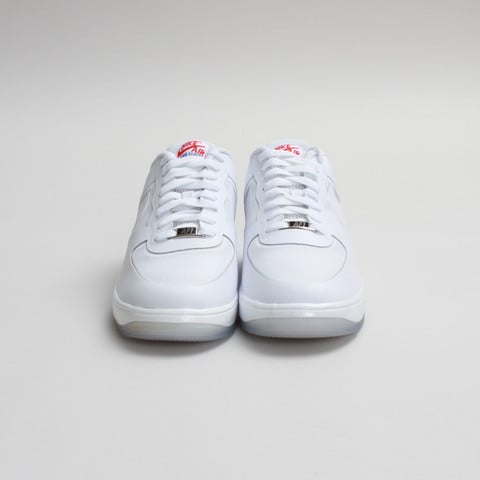 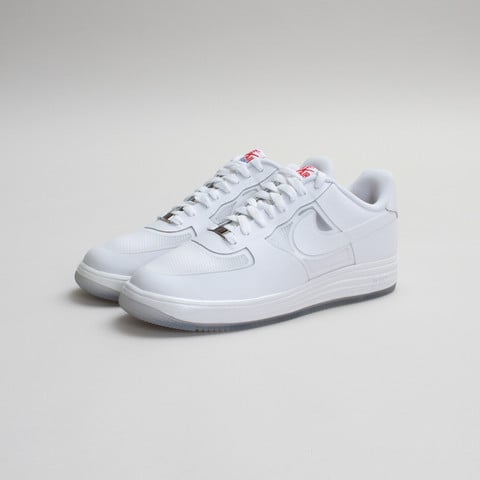 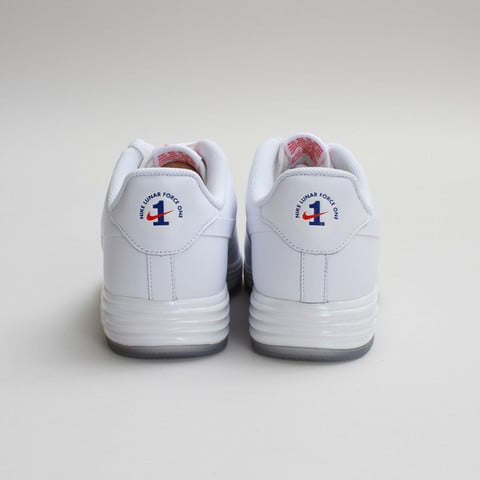 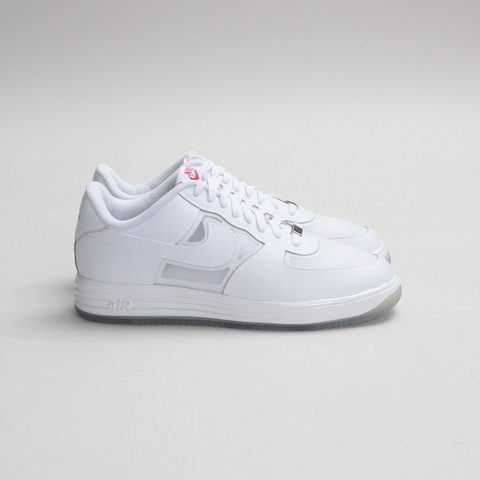