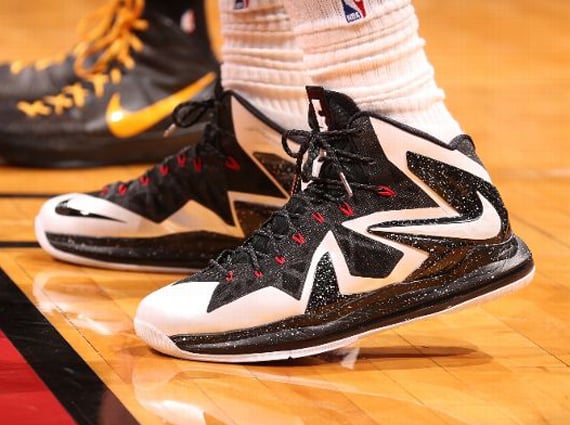 With the Eastern Conference Finals finally underway, the Miami Heat took Game 1 on their home floor in an overtime thriller down in South Beach last night. Though the Pacers put forth a valiant effort, it was the King and his crew who raised their hands in victory when it was all said and done.

For all the sneakerheads who were watching the game, you may have been paying close attention to the kicks LeBron decided to lace up for Game 1. Wonder no more, for we have some nice action shots after the jump of LeBron rocking a pair of white/black speckle Nike LeBron X Elite PE’s.

With subtle hints of red most prominently found up near the lacing system, this pair of PE’s is a lot more simple in design as opposed to some of the other models we’ve seen King James rock. The simplified white on black colorway, accompanied by the speckled panels and midsole, flows rather nicely about the Nike LeBron X Elite silhouette.

Keep Reading after the jump to see some nice photos of LeBron in action rocking the aforementioned kicks. Would you sneakerheads like to see these go retail or are they served best as a one-of-one pair of PE’s? 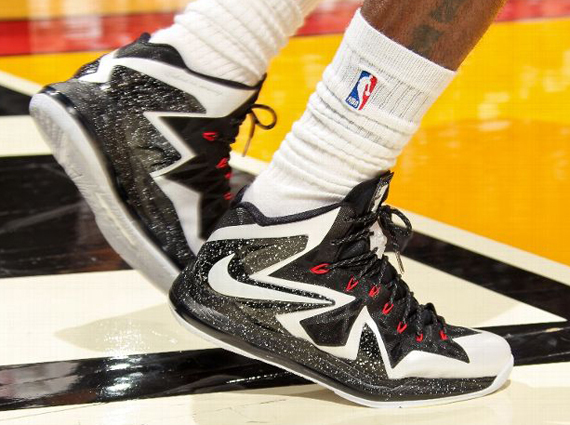 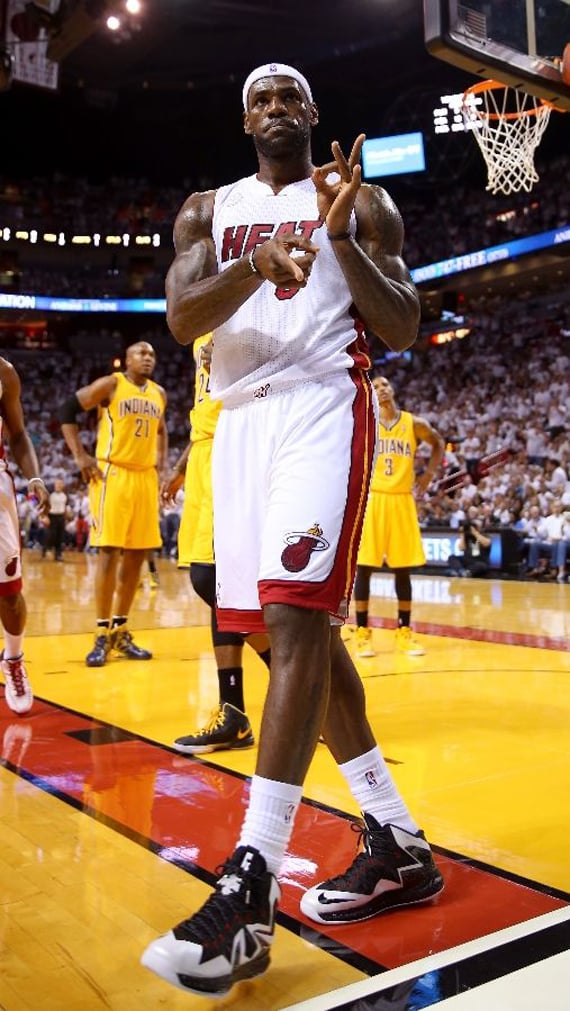 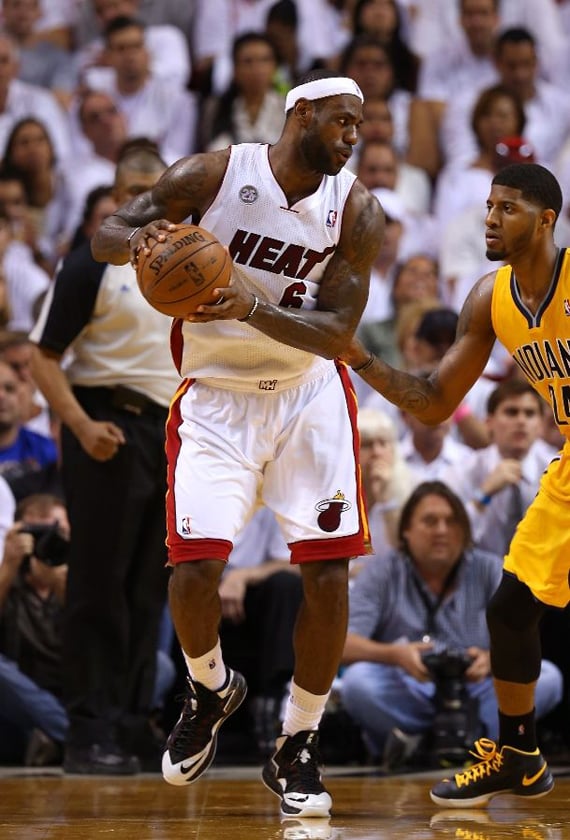 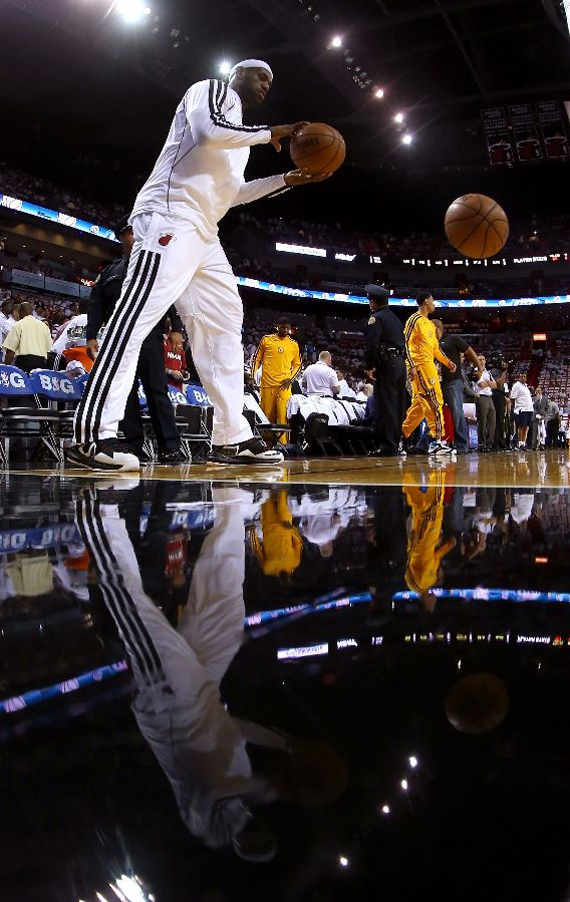 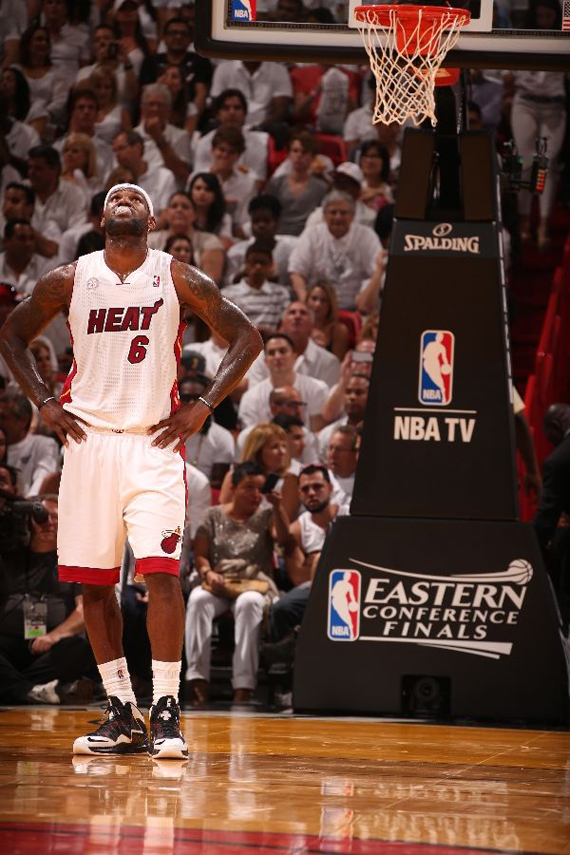