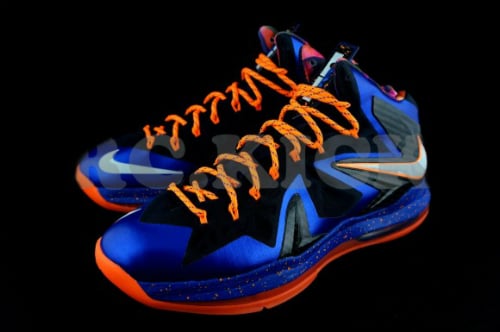 As LeBron James and company gear up for the post-season this year, Nike Basketball will introduce an Elite version of the Nike LeBron X.

Unlike most Nike LeBron X releases seen thus far, you can expect the Elite series to pack a greater punch in terms of performance and design. Likely to be included in the first round of releases, today brings a first look at the “Hyper Blue” colorway of the Nike LeBron X (10) P.S. Elite. Carrying a Knicks-inspired palette with total orange, blackened blue, and pure platinum accents throughout, these signature kicks will feature a familiar Hyperfuse upper fused with a carbon fiber frame. As additional images reveal a new patterned sockliner, you can also expect to see these Elites don a speckled midsole and printed laces for a complete finish. So, what’s the retail price? Rumors suggest that these LeBrons will debut for $260, just $10 more than its predecessor and $10 less than the X+ Sport Pack. Of course, we’ll just have to give it a few days until these rumors are confirmed.

Let us know what you think about the “Hyper Blue” mock up in our comments below and be sure to stay tuned to Sneaker Files for more details on the Nike LeBron X (10) P.S. Elite series. 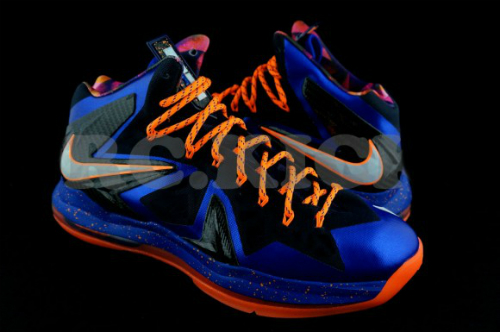 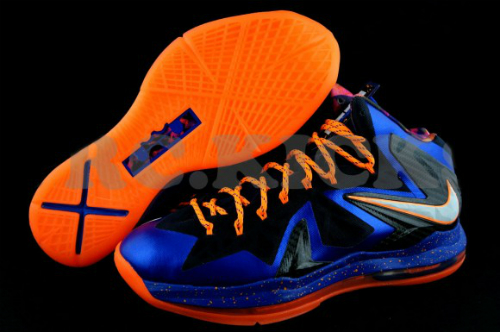 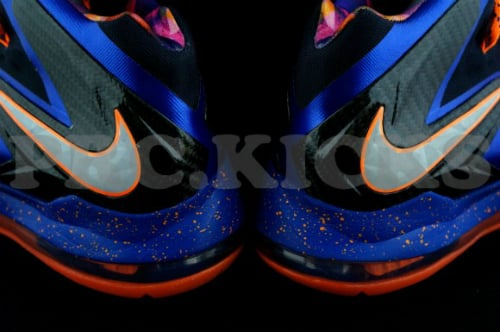 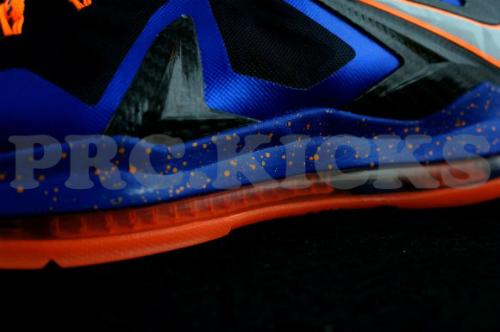