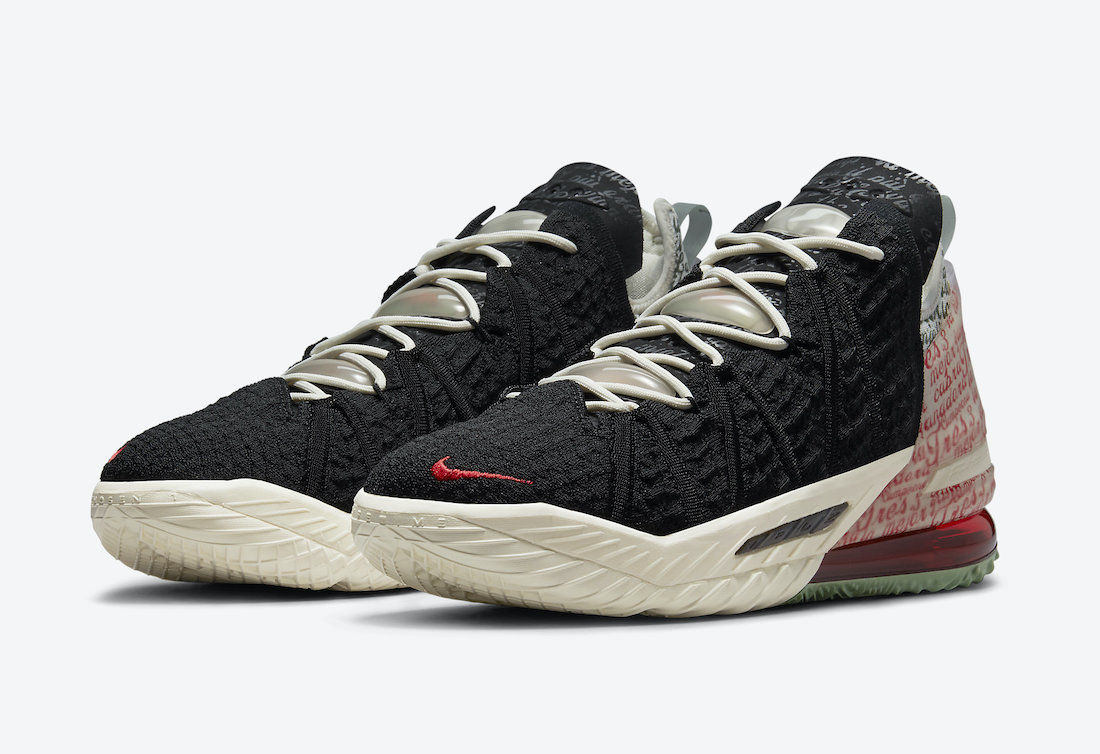 LeBron James and the Los Angeles Lakers received an early exit in the 2021 NBA Playoffs against the Phoenix Suns. This marks the first time in LeBron’s career that he has been eliminated in the first round. However, Nike Basketball will move forward with a new colorway of the LeBron 18 known as ‘Goat’ (Greatest of All-Time).

This Nike LeBron 18 comes dressed in a Black and Pale Ivory color combination. Constructed with Black knitting across the upper while Ivory adorns the laces and part of the midsole. Next, we have Red detailing throughout with Spanish words of ‘la cabra,’ ‘campeona,’ and ‘mejor ganadar’ (‘the goat,’ ‘champion,’ and ‘best winner’) wrapping the heel. Finally, we have a goat and basketball logo on the tongue and insoles to complete the look.

You can expect the Nike LeBron 18 ‘Goat’ to release at select retailers and Nike.com on July 2nd. The retail price is $200. As soon as we have more information, we will make sure to update you. For now, scroll below for more photos that will give you a closer look.

This pair celebrates Taurasi’s proud Italian and Argentinian roots along with her constantly winning ways. The special colorway features red and green accents, written nods to her many accolades on the heel, and a new DT x goat logo on the tongue. La Cabra, indeed. 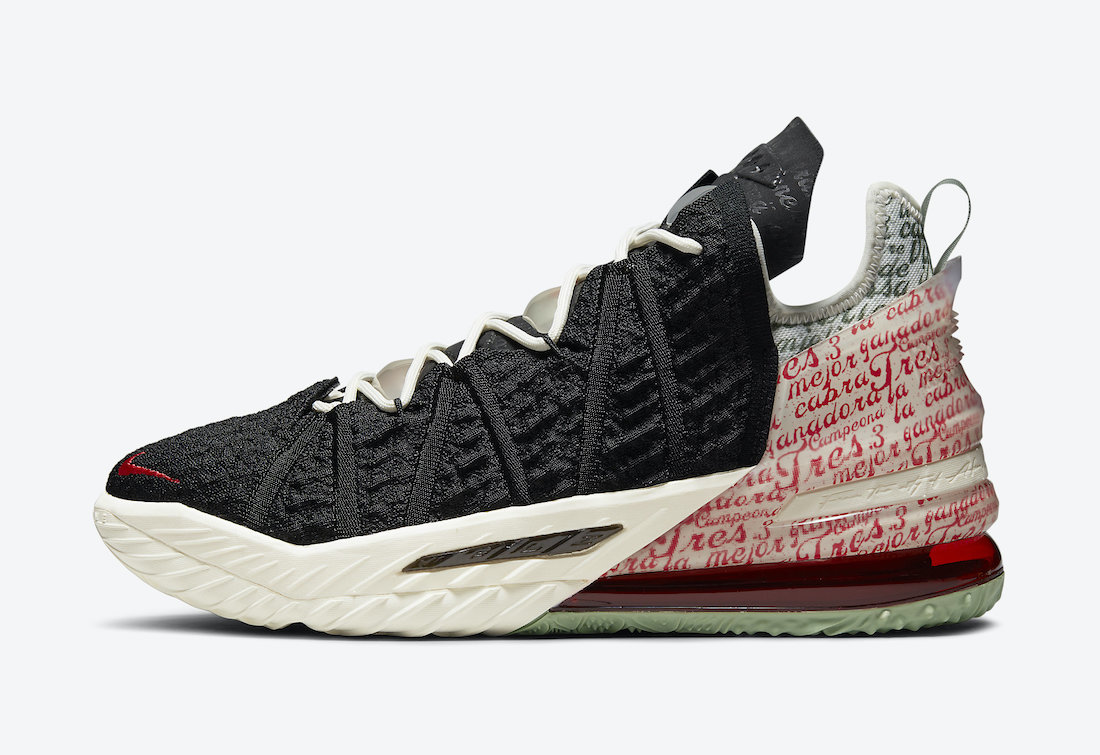 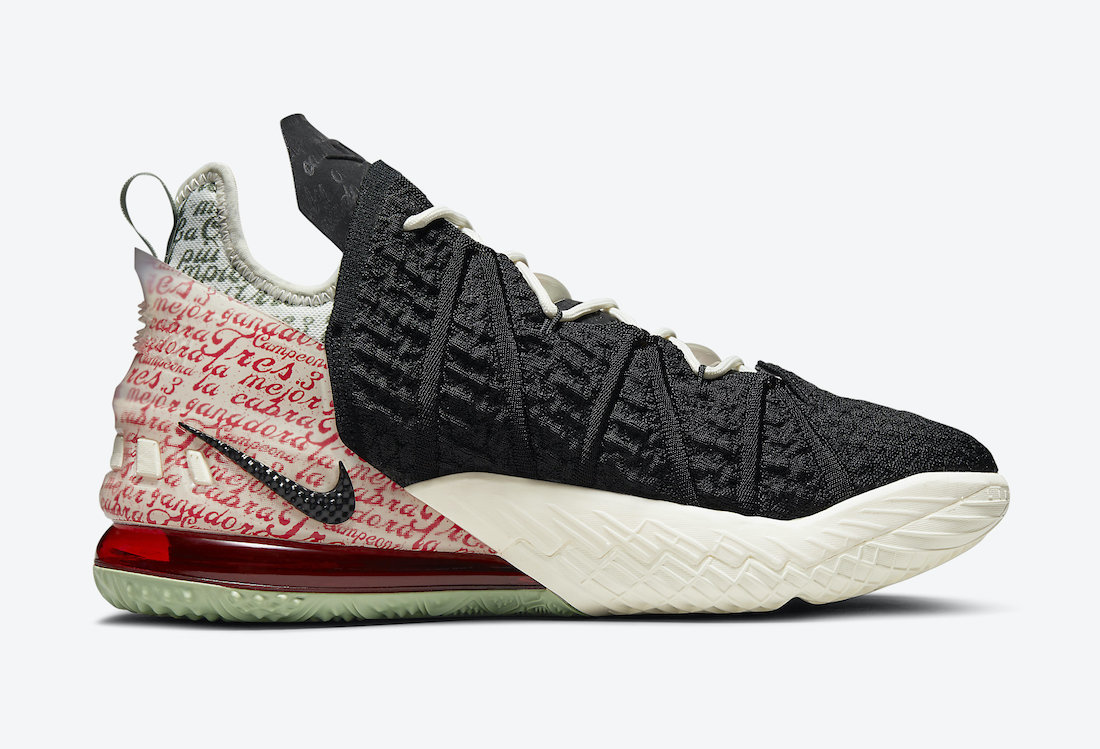 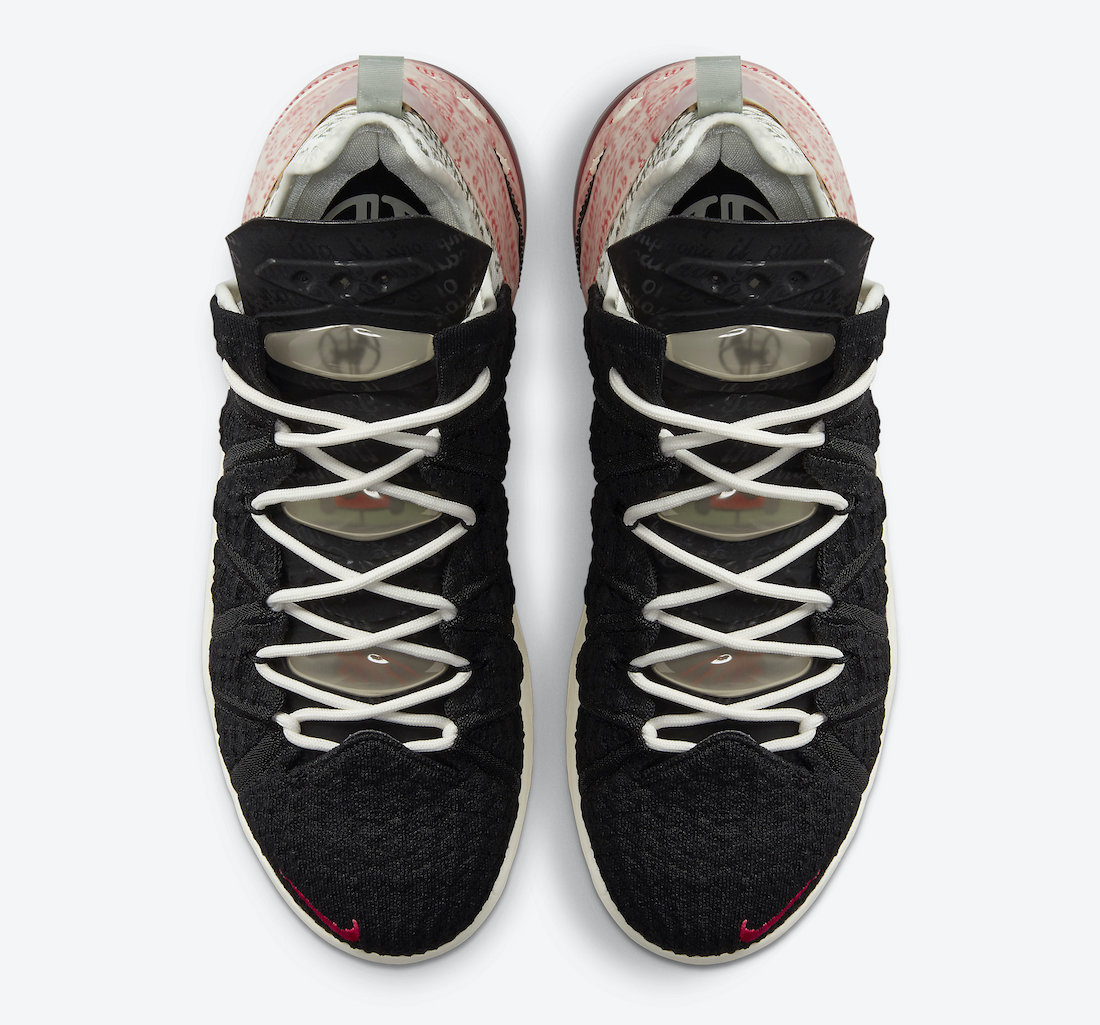 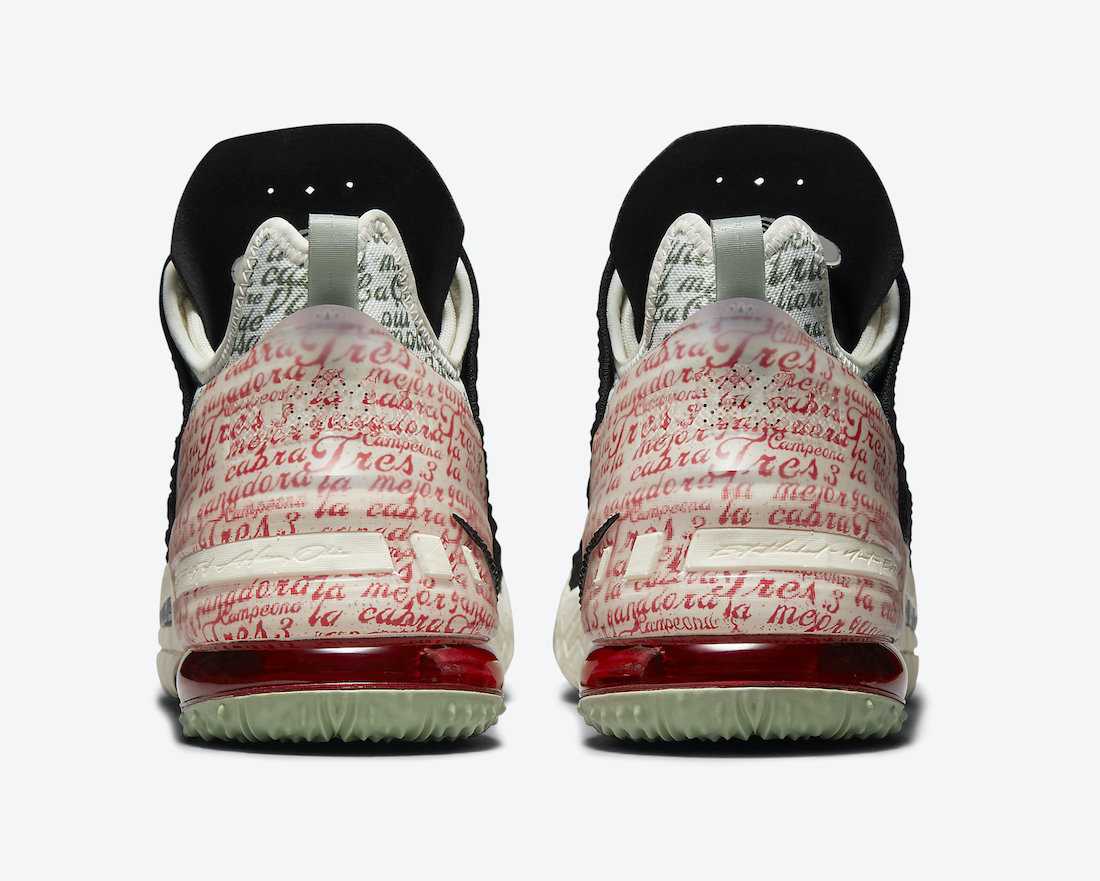 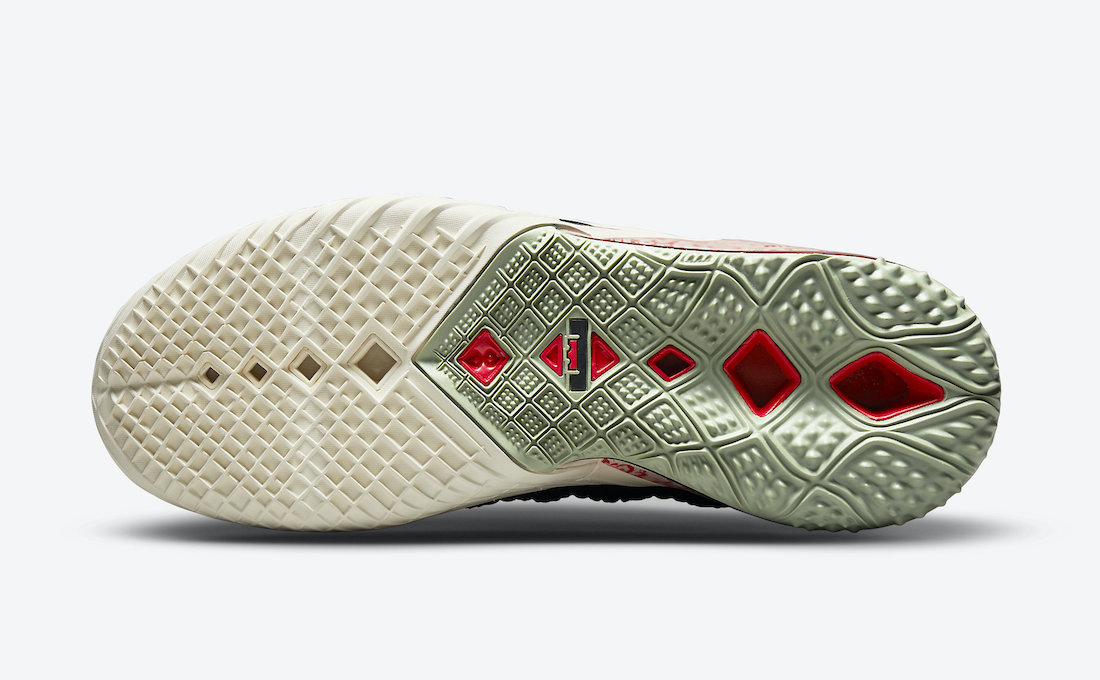 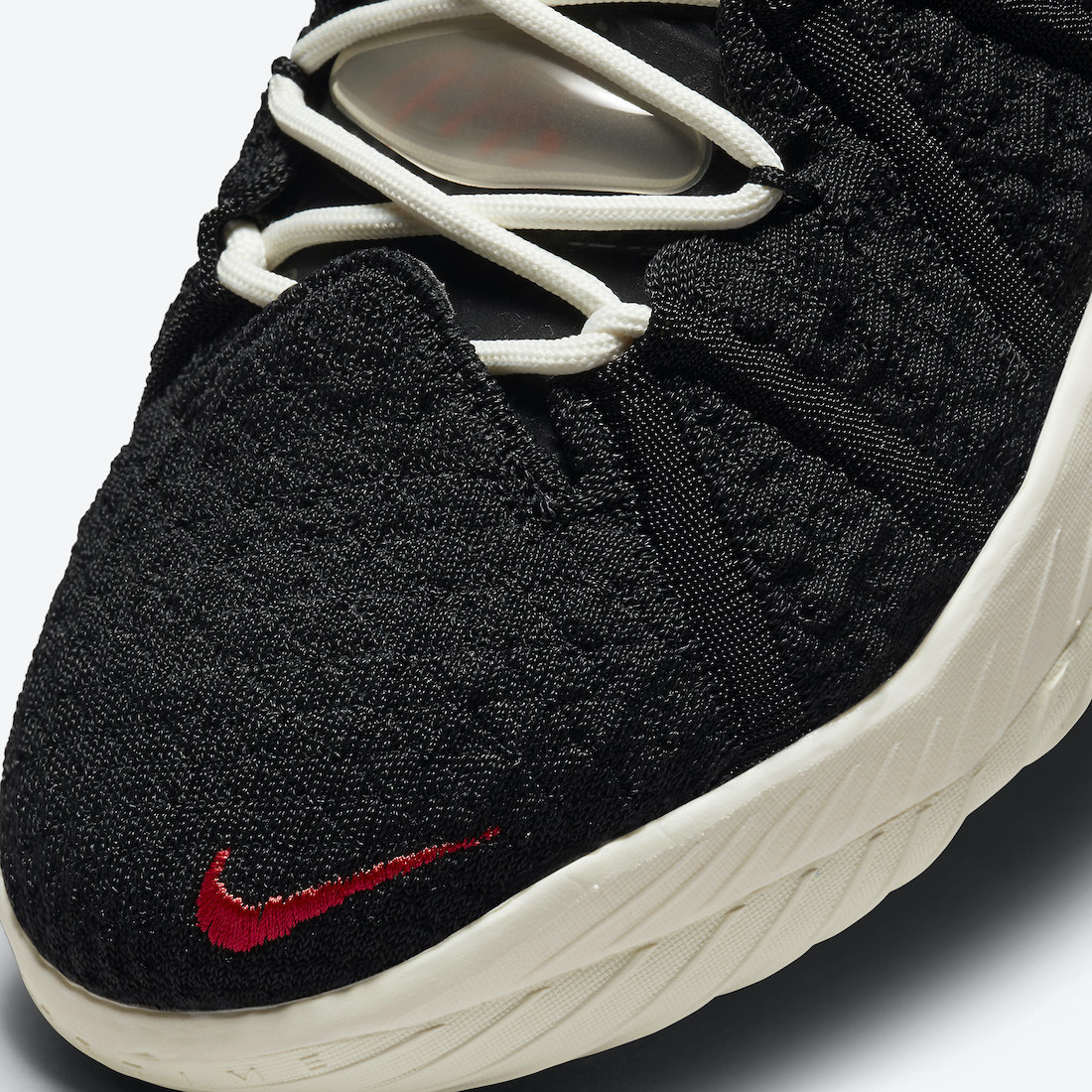 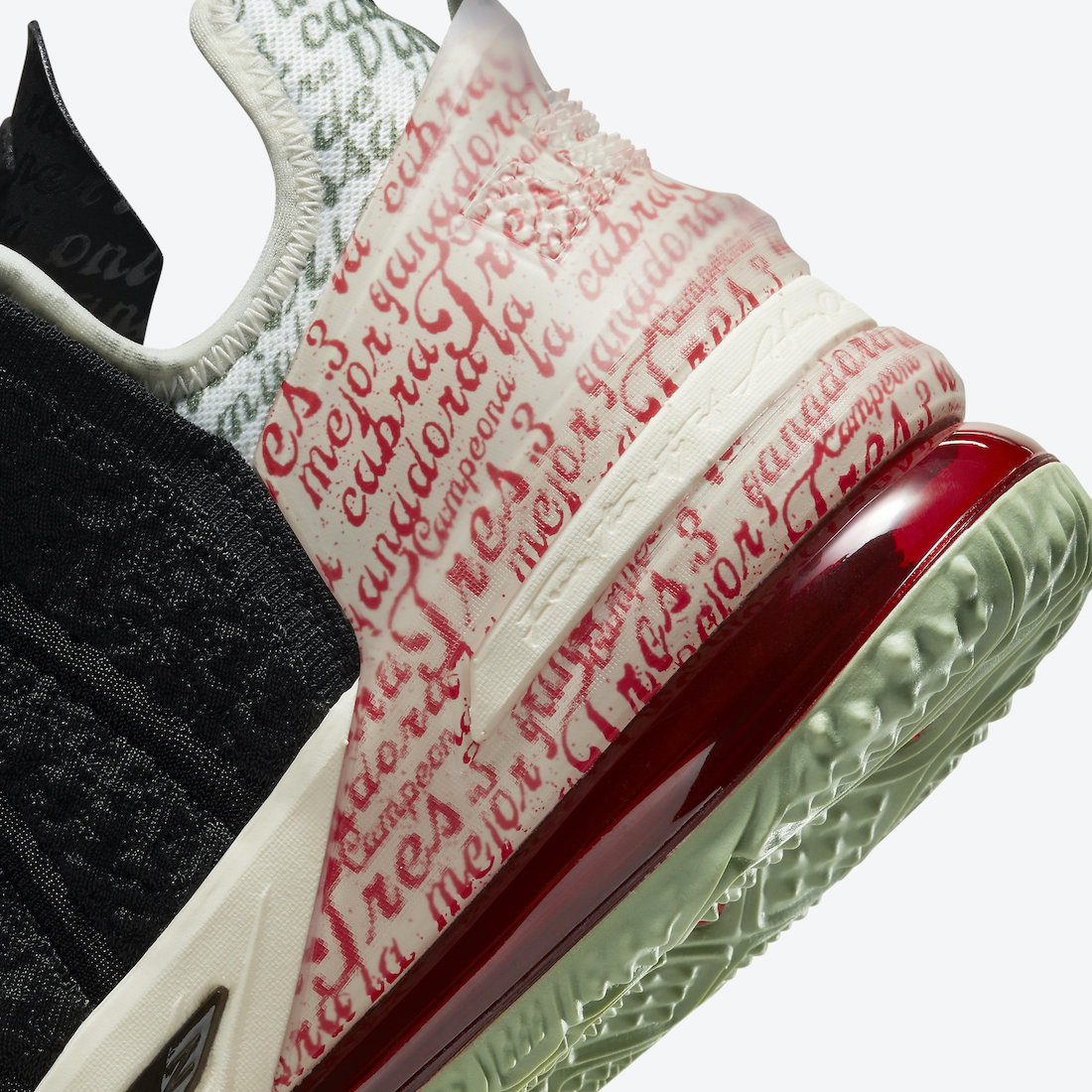 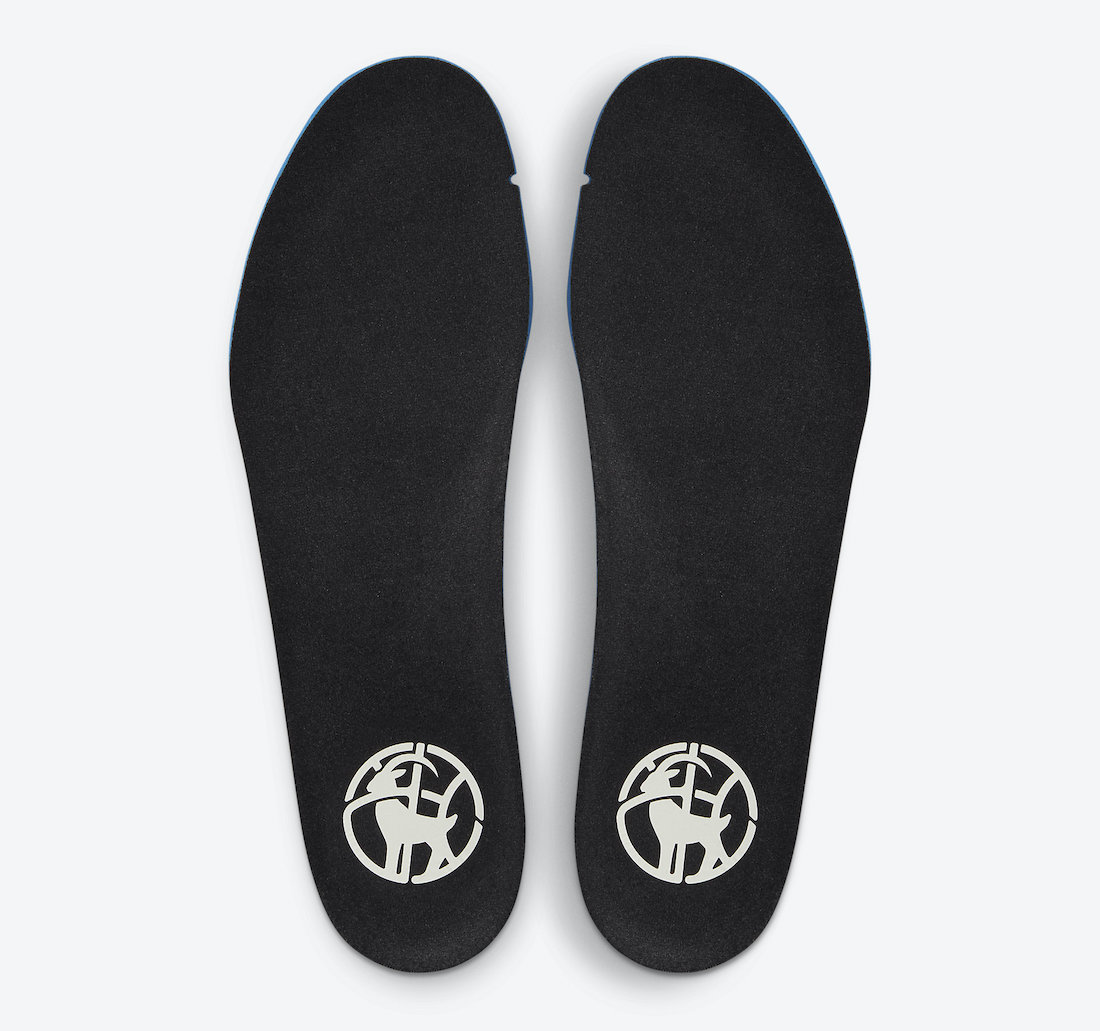