By Brian Betschart
May 23, 2021
In
NikeNike Basketball 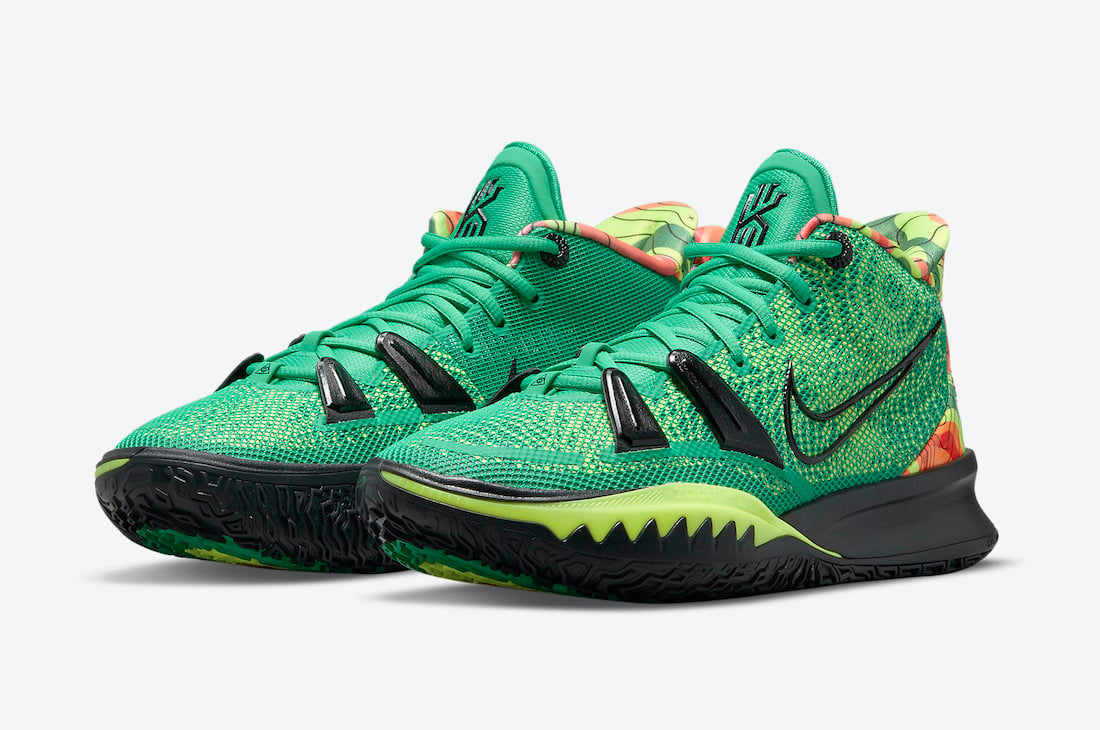 In 2011, Kevin Durant and Nike Basketball launched the Nike KD 4 ‘Weatherman’ which is one of the most popular colorways of the model. Since then, we have seen other models borrow the theme, and for 2021, his teammate will be next. Shown, we have Kyrie Irving’s ‘Weatherman’ Nike Kyrie 7.

Looking closer, this Nike Kyrie 7 comes in a similar theme while utilizing Green and Yellow, which represents heat-mapping. Furthermore, the actual heat-map pattern lands on the heel and liner with Black outlining the Swoosh, top eyelet, midsole, and other small accents. Lastly, Yellow adorns part of the midsole.

You can expect the Nike Kyrie 7 ‘Ky-D’ to release at select retailers and Nike.com on June 5th. The retail price is $130. Once we have more information, we will make sure to update you.

Update (3/21): Official images of the ‘Weatherman’ Kyrie 7 have landed, giving us a better look. 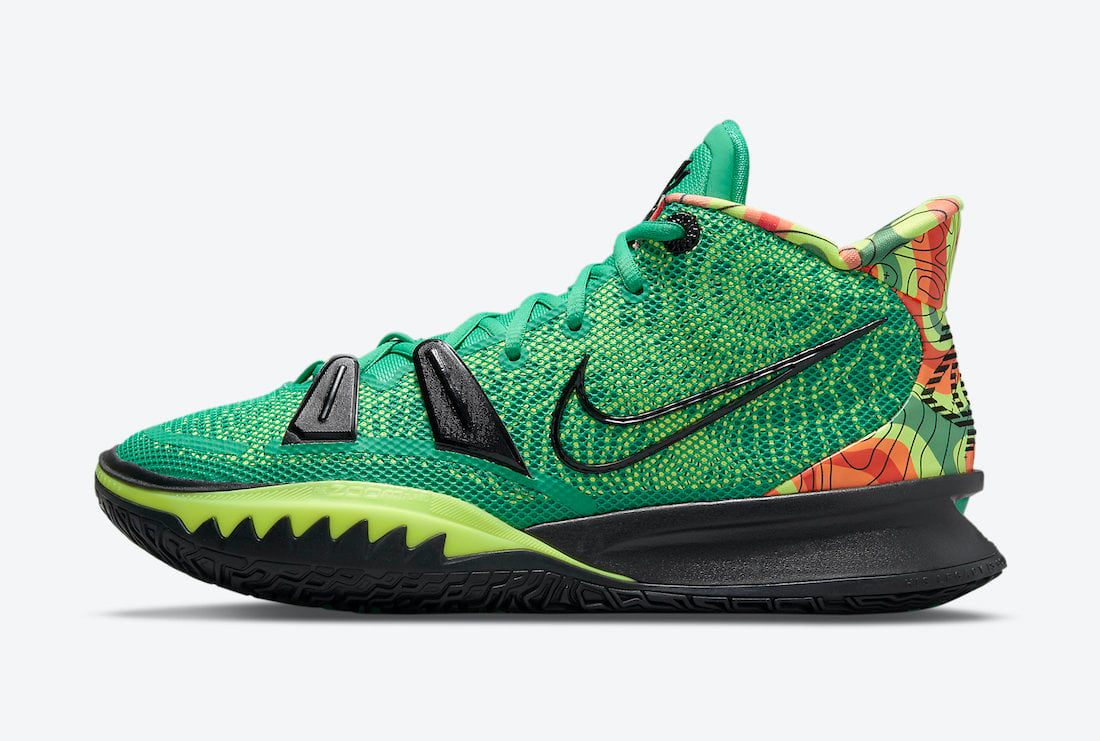 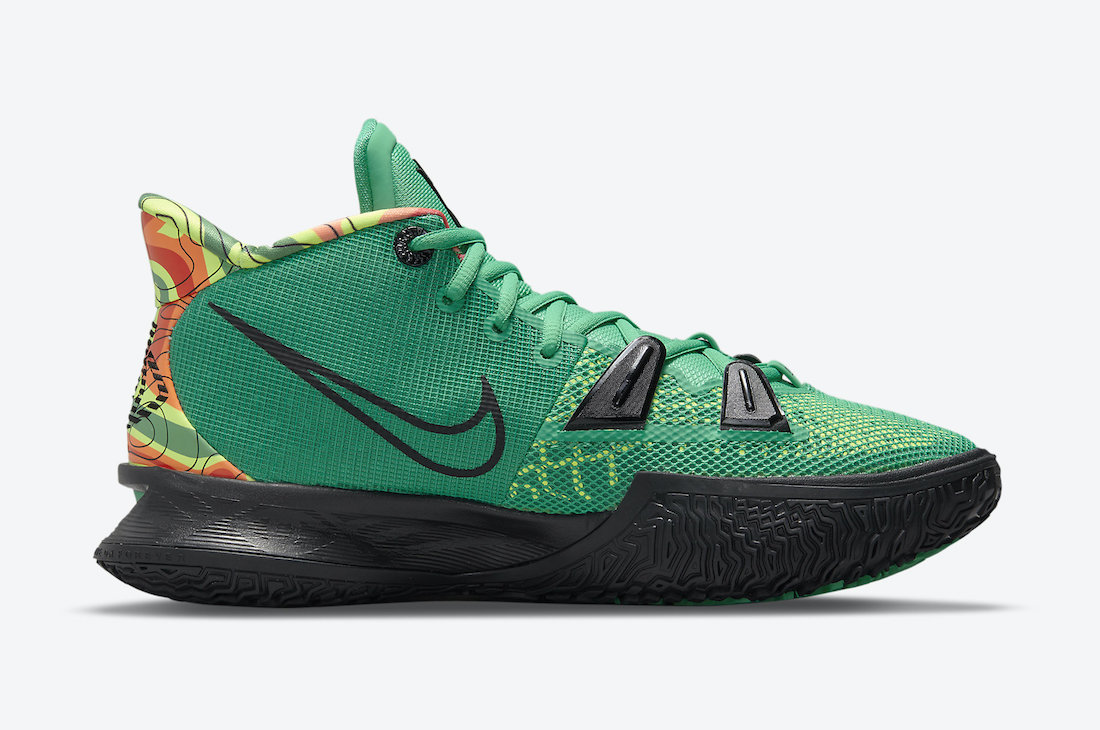 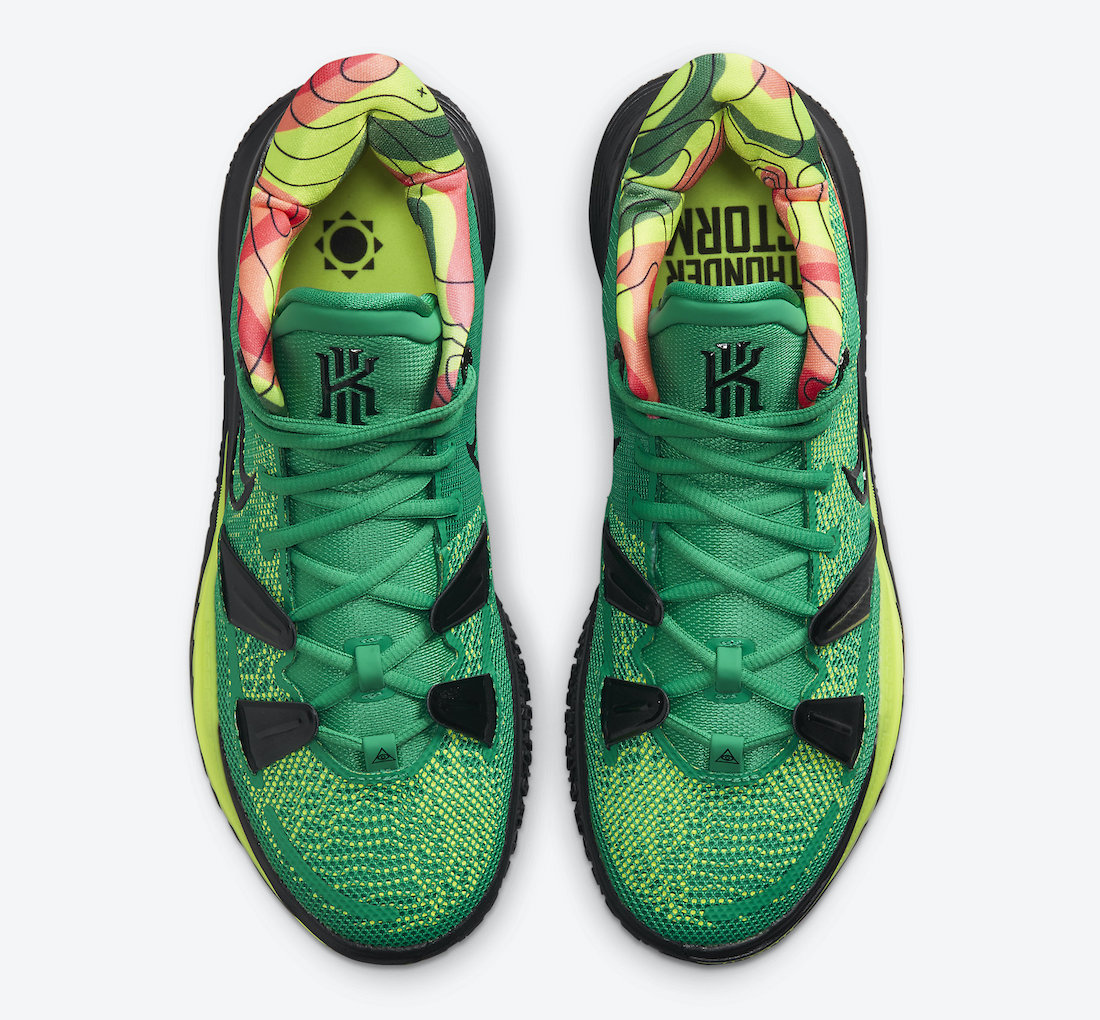 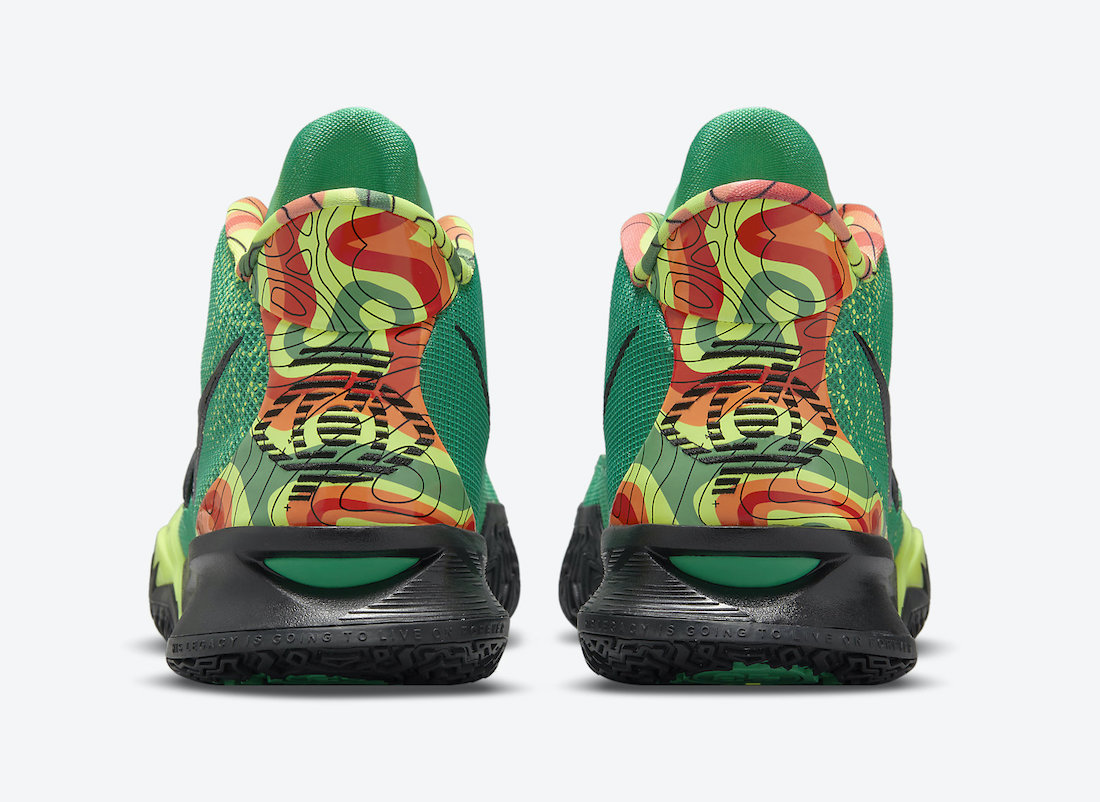 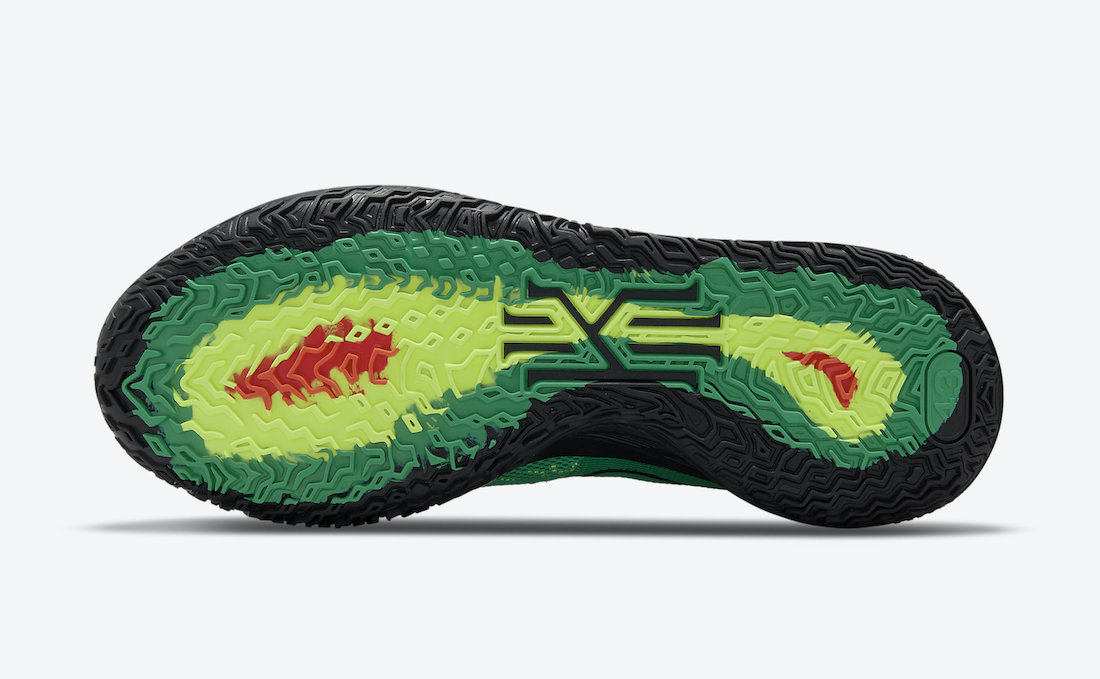 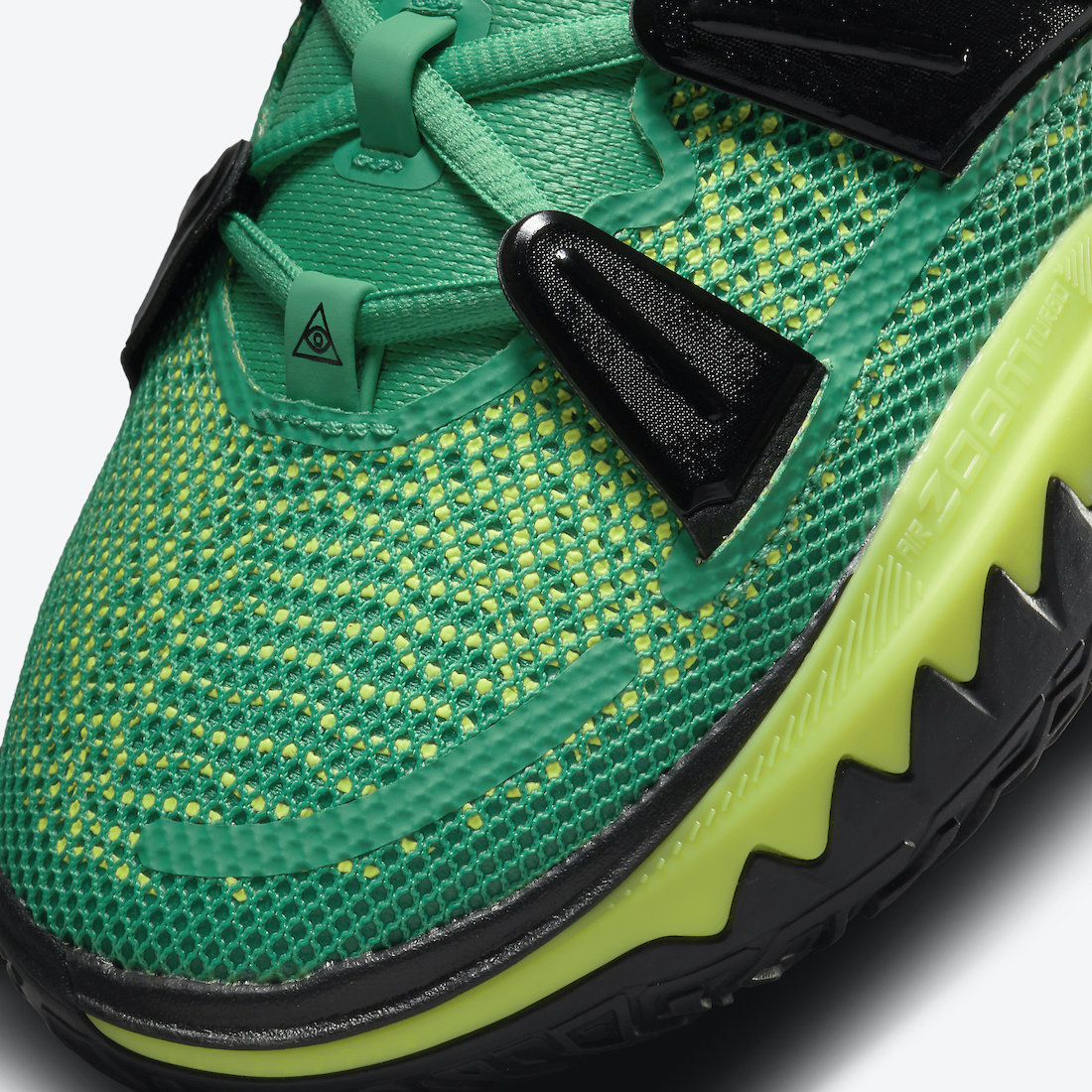 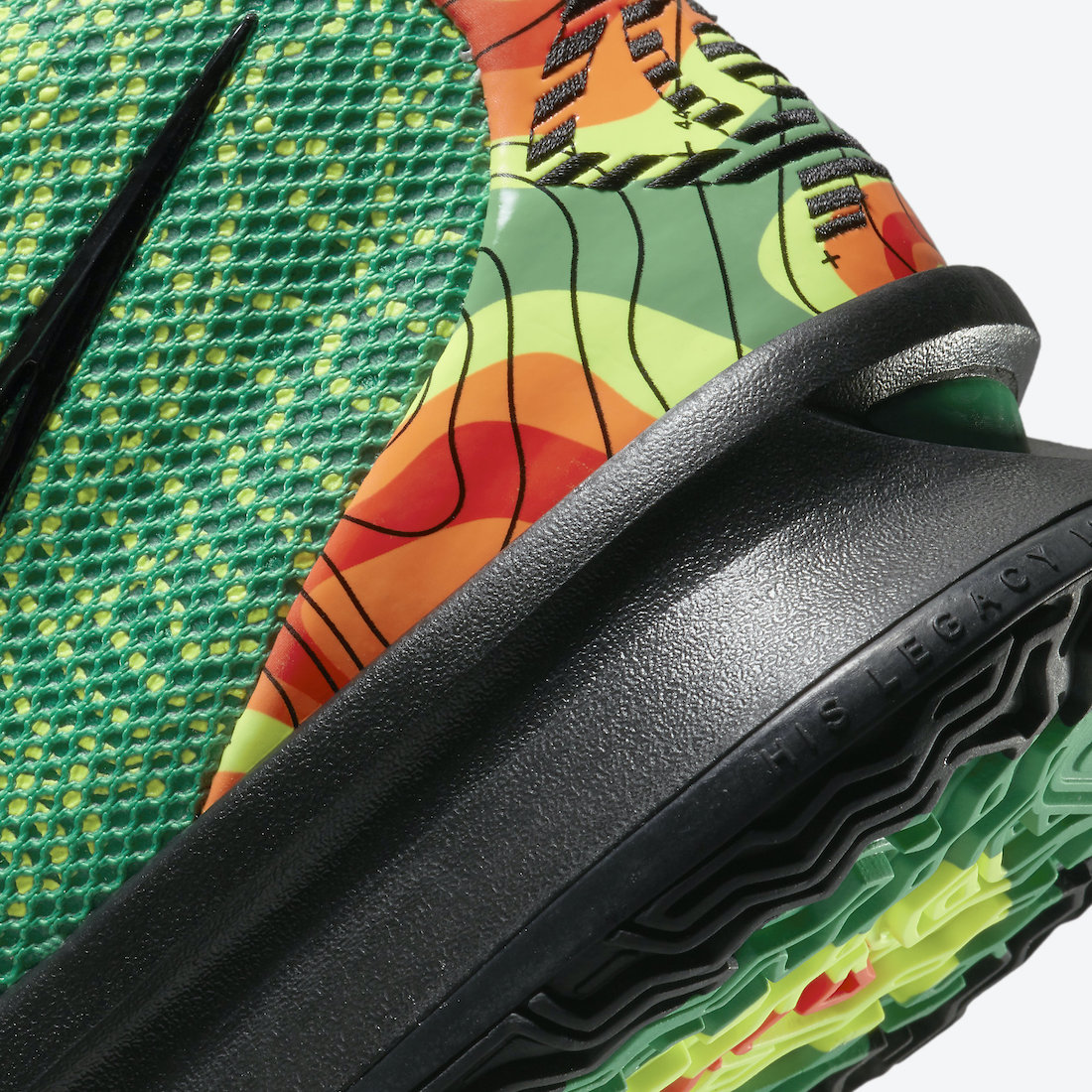 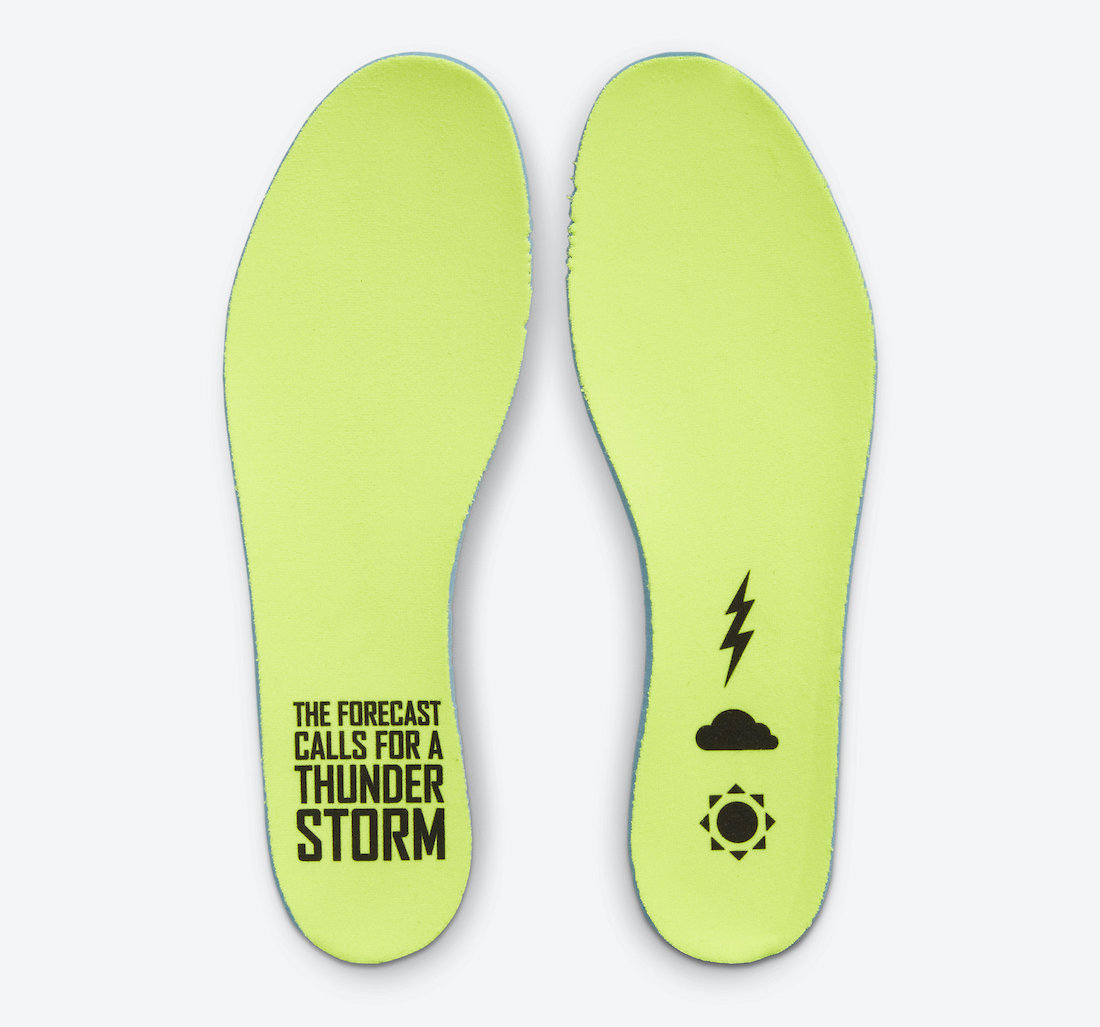 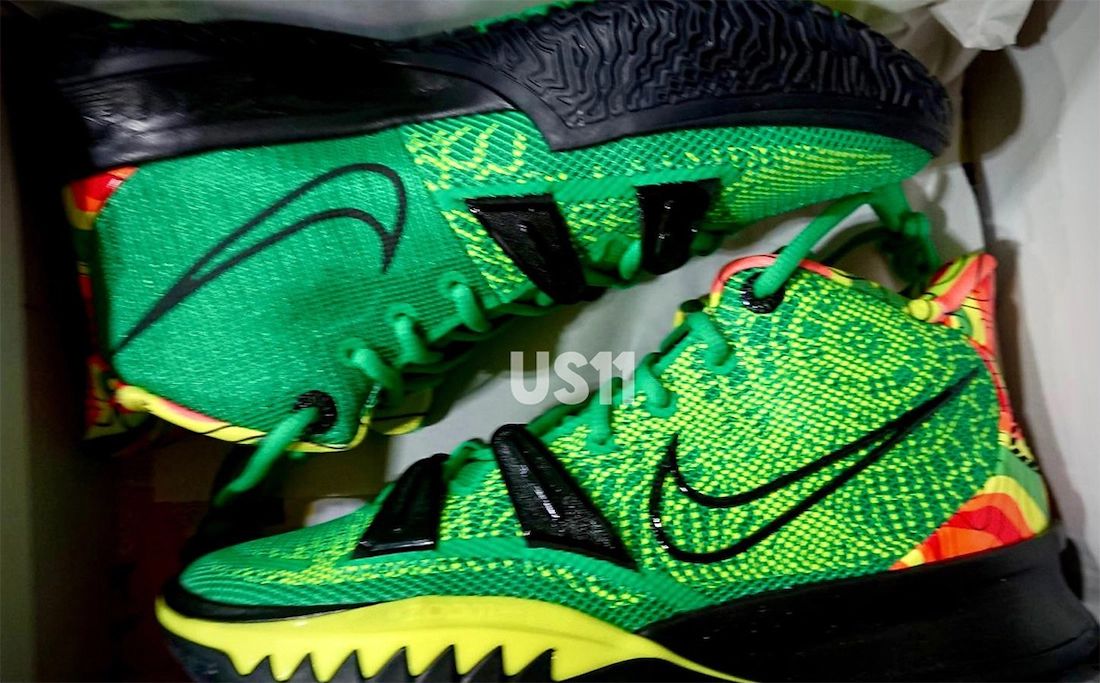