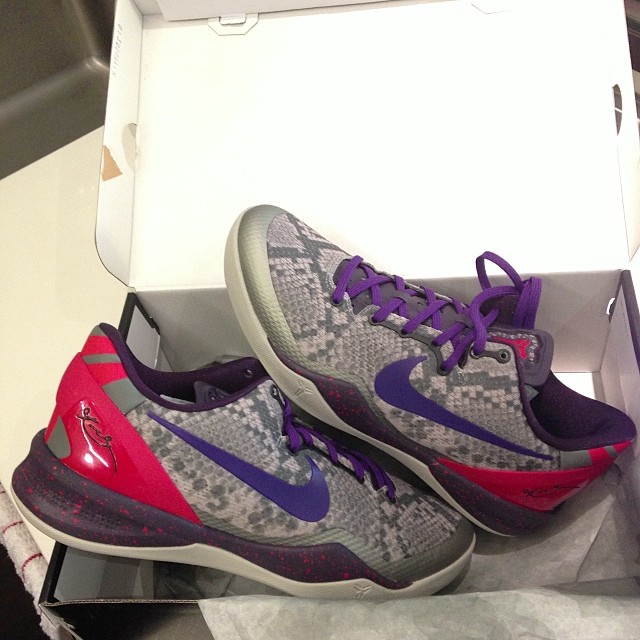 October has been great so far as we’ve previewed several new Nike Kobe VIII (8) System colorways over the past two weeks. If you recall, there’s been a sneak peek of the Breast Cancer Awareness Month inspired “Think Pink“/”Kay Yow” iteration, a supposed “Green Glow/Yellow” mock up, a Hornets-inspired “White/Teal-Yellow-Purple” version, and the notorious “What The Kobe” concept.

As the Kobe line has been full of surprises all year, today as this welcomes yet another colorway. Dubbed “Mine Grey”, this signature model displays a snakeskin upper, reveals hits of raspberry red and court purple throughout, plus takes on a speckled midsole for a complete finish.

What are your thoughts on the Nike Kobe VIII (8) System “Mine Grey” so far? Could this be an upcoming Fall 2013 release? Keep it locked right here at Sneaker Files to find out more. 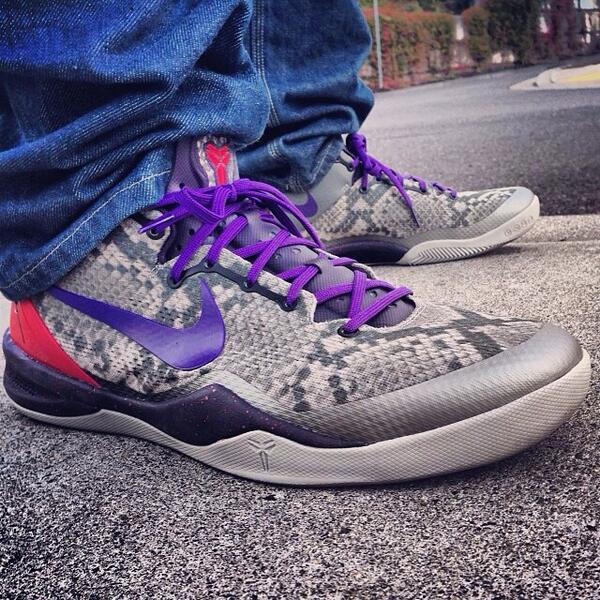