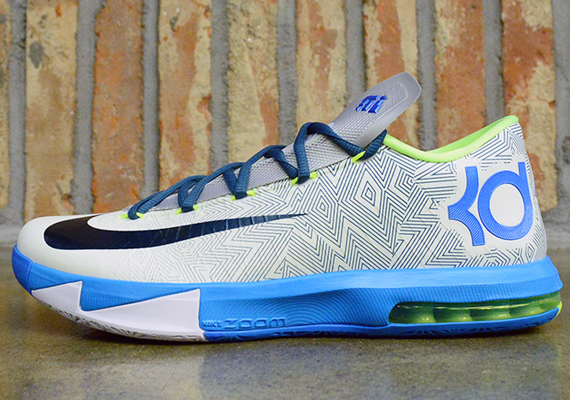 To go along with other Kevin Durant releases in February, Nike Basketball will render the Nike KD VI (6) “Pure Platinum/Night Factor-Vivid Blue-Volt”.

Scheduled to debut after the “DC” and “BHM” and on the same day as the “Aunt Pearl“, this  Nike KD VI (6) colorway will offer gradient zig-zag uppers, vivid blue paneling, bold night factor Swoosh branding, hints of volt, and an over pure platinum color scheme that takes a more neutral approach to other variations seen thus far.

Set at a retail price of $130, look for this model to release later this month on February 22nd. Keep it here at Sneaker Files for more. 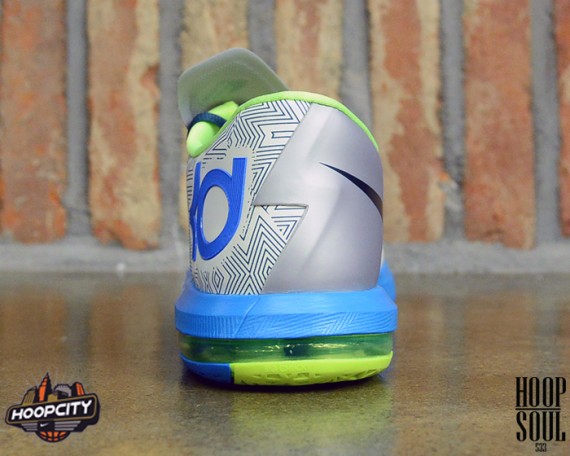