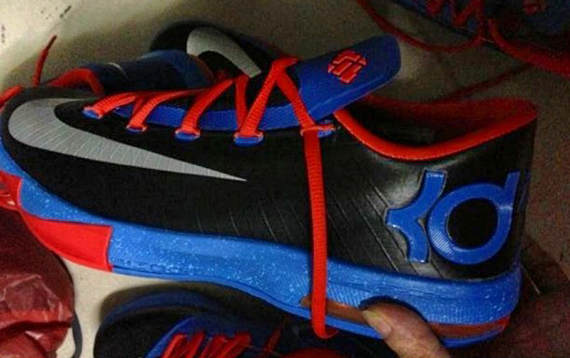 Since it’s official unveiling back in June, the Nike KD VI (6) has continued to see new colorways and themes that suggest longevity over the course of this year and 2014!

Having already caught a glimpse of the “Black/Orange-Mint” mock just a few days ago, today brings a first look at this “OKC” theme. Don up in a black Hyperfuse upper that works in royal blue and orange accents, a metallic silver Swoosh, and a speckled midsole, it’s safe to assume that Kevin Durant will rock these signature kicks during away games next season.