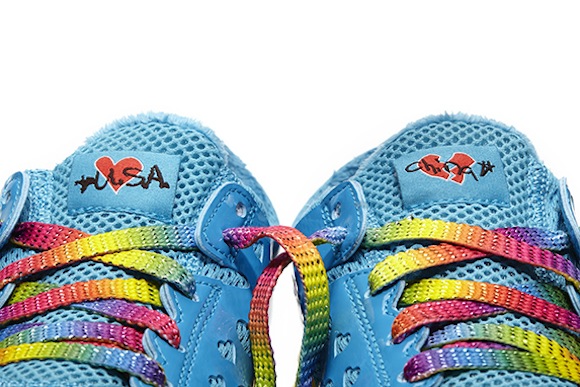 The Doernbecher train has been moving very quickly to say the least. Maybe the year 2014 has plenty in stock for us for some more DBs? Anyway, the next DB to be released has finally been announced. Nike is choosing to stick with the Nike Free Run 2 designed by Shelby Lee.

Personally, I love every DB that is released because of the unique design and the nature of the creation. This time around, Shelby Lee gets her turn to design a signature collection.

“Shelby Lee first participated in the Doernbecher Freestyle program in 2010 while recovering from a series of five heart surgeries. Her recovery began in 2008, after her adoptive family brought her to Oregon from a Chinese orphanage to repair her damaged heart.

Shelby’s inspiration for her Nike Free Run 2 came from her amazing journey. The bright blue colors on the upper remind her of the sky, while inspirational words like “Love,” “Peace” and “Faith” line the midsole. The hearts on the tongue complete her journey. “When I came here my heart was broken,” says Shelby, “but the doctors at Doernbecher made it whole again.””

A note to Shelby Lee from SneakerFiles: WE here at SneakerFiles are proud to see the next Doernbecher sneaker to be the Nike Free Run 2 designed by Shelby Lee. Such a strong loving girl deserves nothing but the best and to be the happiest as when the doctors made her whole again. Many wishes to you, Shelby Lee, stay the strongest of the strong. 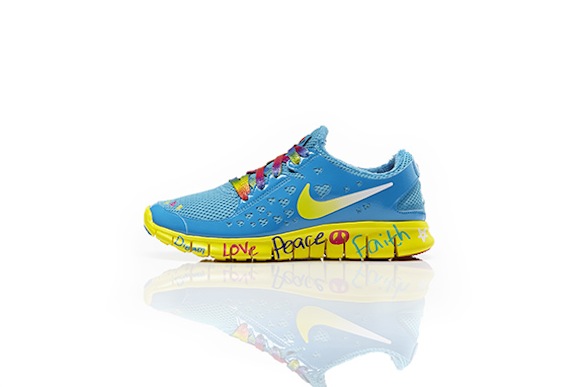 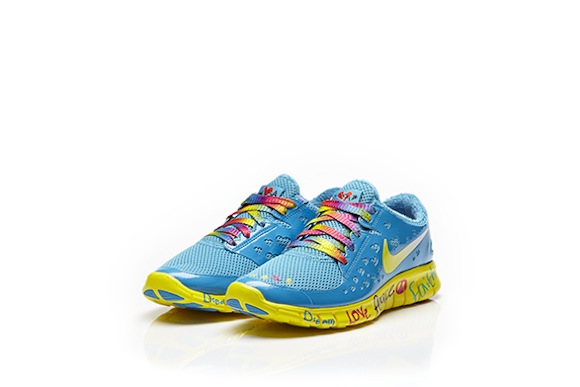 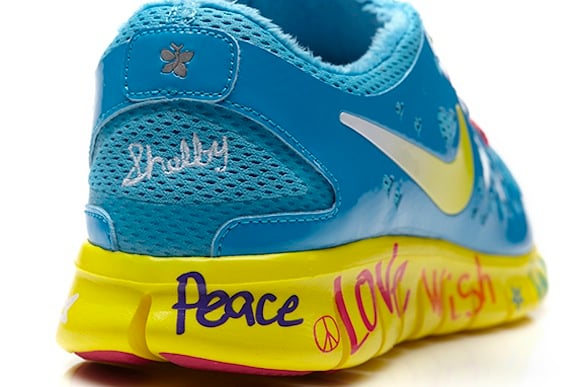