One of the most creative releases, the Nike Lucky Dunk SB is now almost impossible to find for under $400. It’s gold and green color-way simply make the shoe unforgettable and with releases looking nothing like they use to, the price can only be predicted to keep going up for the Nike Dunk SB Low Lucky. Released in August 2004 alongside the Unlucky Dunk SB, however these were a bit harder to find. 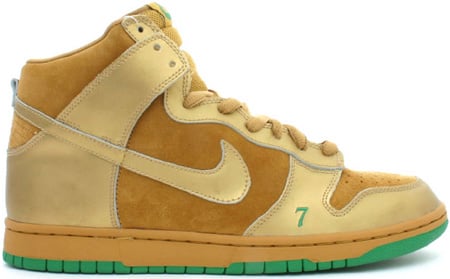