In the third installment of Nike’s Japan Dunk Pack, the “Panda” Dunk High is dedicated to Tokyo’s Ueno Park. Ueno Park houses the Giant Panda known as Ling Ling. The panda inspired the make-up of the Dunk High, which sports horsehair on the upper and a black and white color scheme. In addition, the Nike Dunk High Ueno Panda released in July 2008 inside of a cage signifying the home of Ling Ling. Only 400 pairs of the Ueno Panda Dunk Highs were produced and sold exclusively at Tier 0 accounts in Japan. 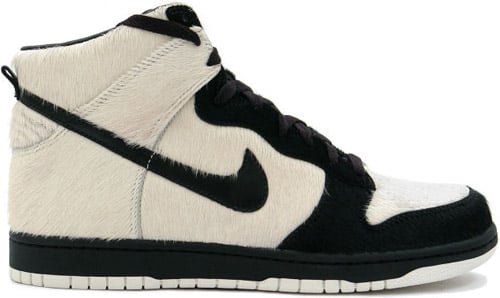