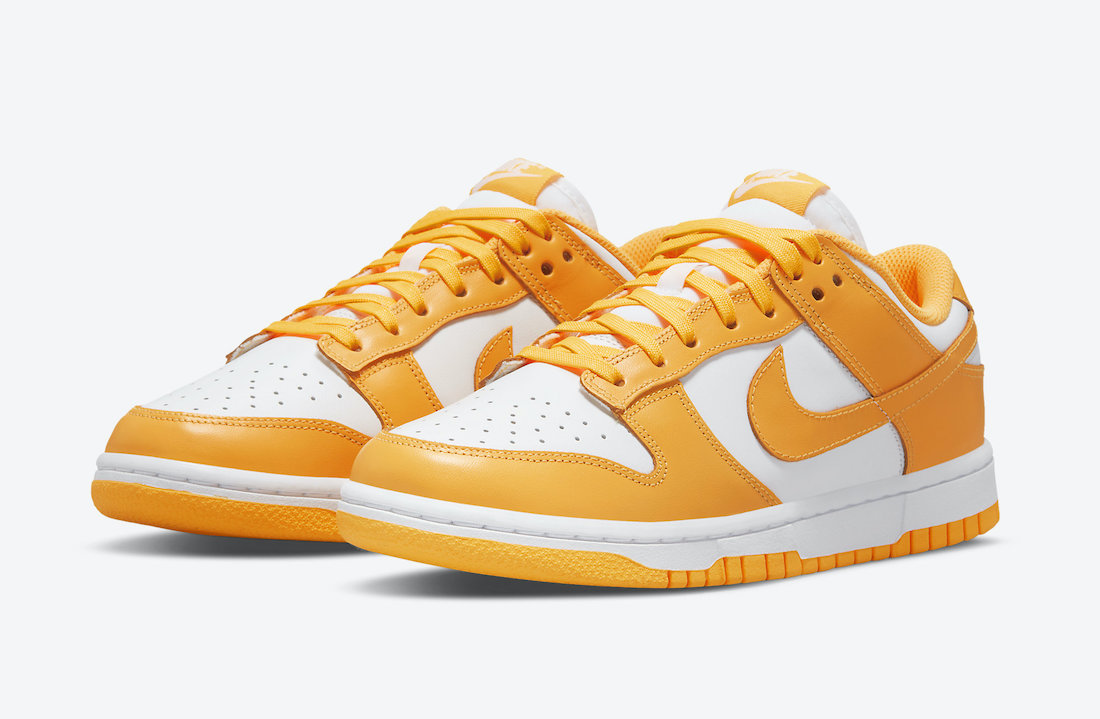 The Nike Dunk Low ‘Laser Orange’ will debut during the warmer months and is part of the brand’s women’s lineup.

Going over this Nike Dunk Low, the pair comes highlighted in the standard two-tone color theme while consisting of Laser Orange and Sail. First, we have Laser Orange on the overlays while White leather adorns the base. More White lands on the nylon tongues, ‘NIKE’ on the heel, insole branding, and midsole. Laser Orange appears o the liner, laces, insoles, and the rubber outsole to finish the look.

You can expect the Nike Dunk Low ‘Laser Orange’ to release at select retailers and Nike.com on July 8th. The retail price is $100. As soon as more information is available, we will make sure to update you. Below, check out more images that will give you a closer look.

Update (5/25): Check out on-feet photos of the women’s ‘Laser Orange’ Nike Dunk Low that will debut soon. Via yankeekicks. 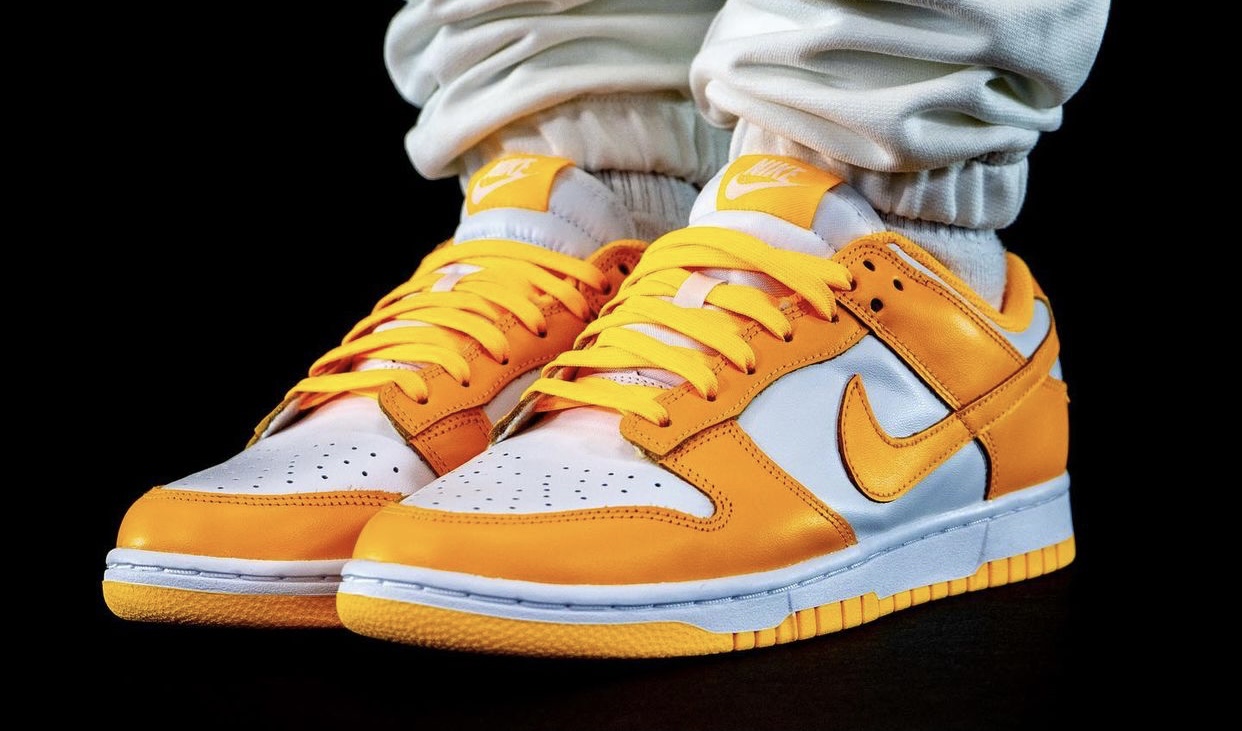 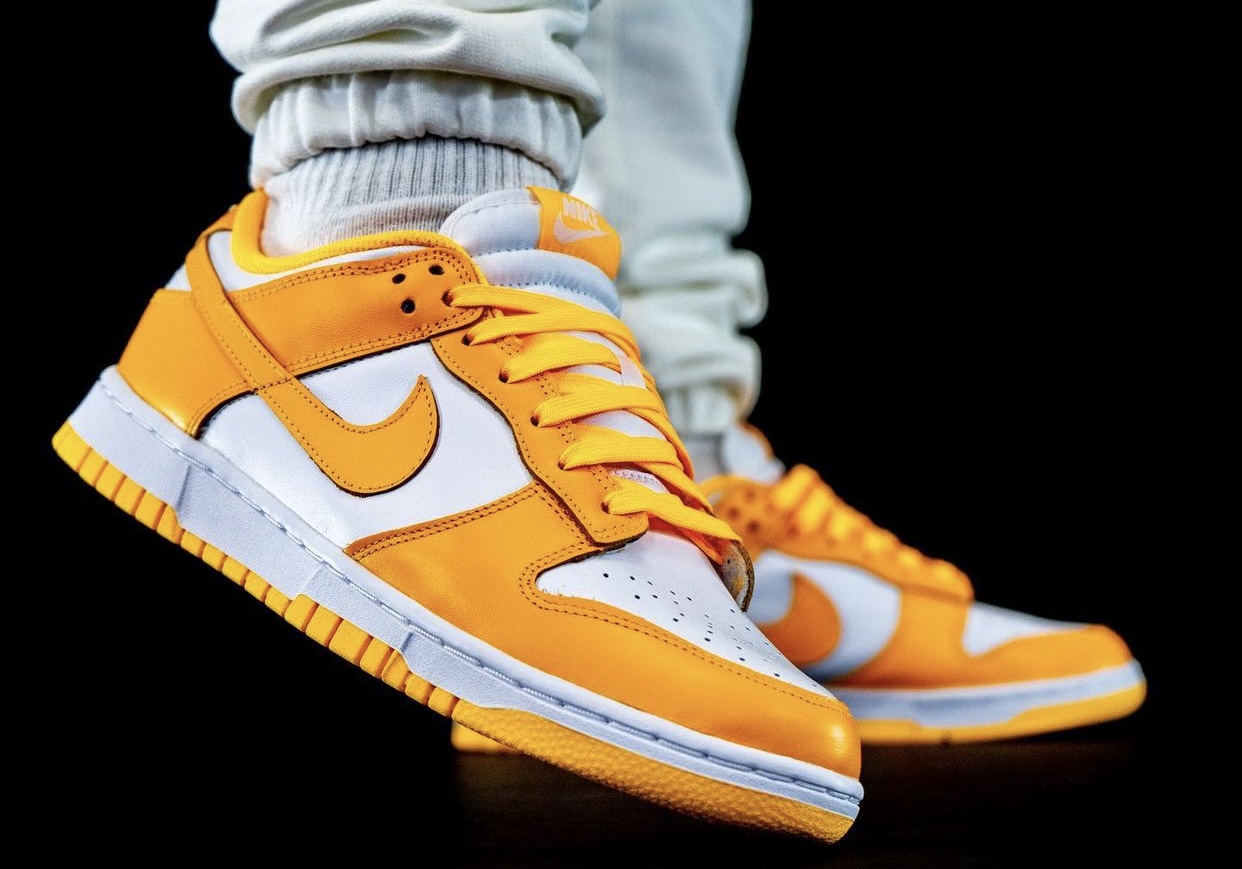 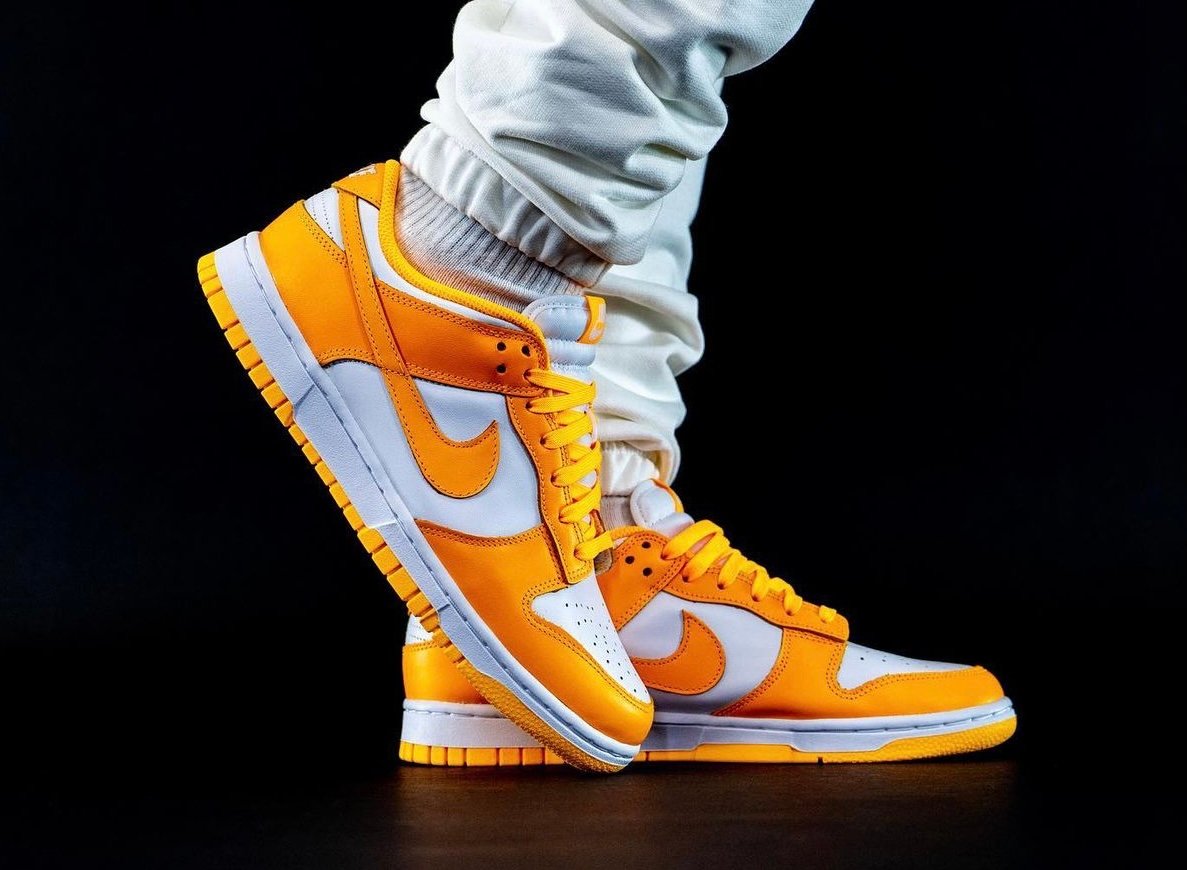 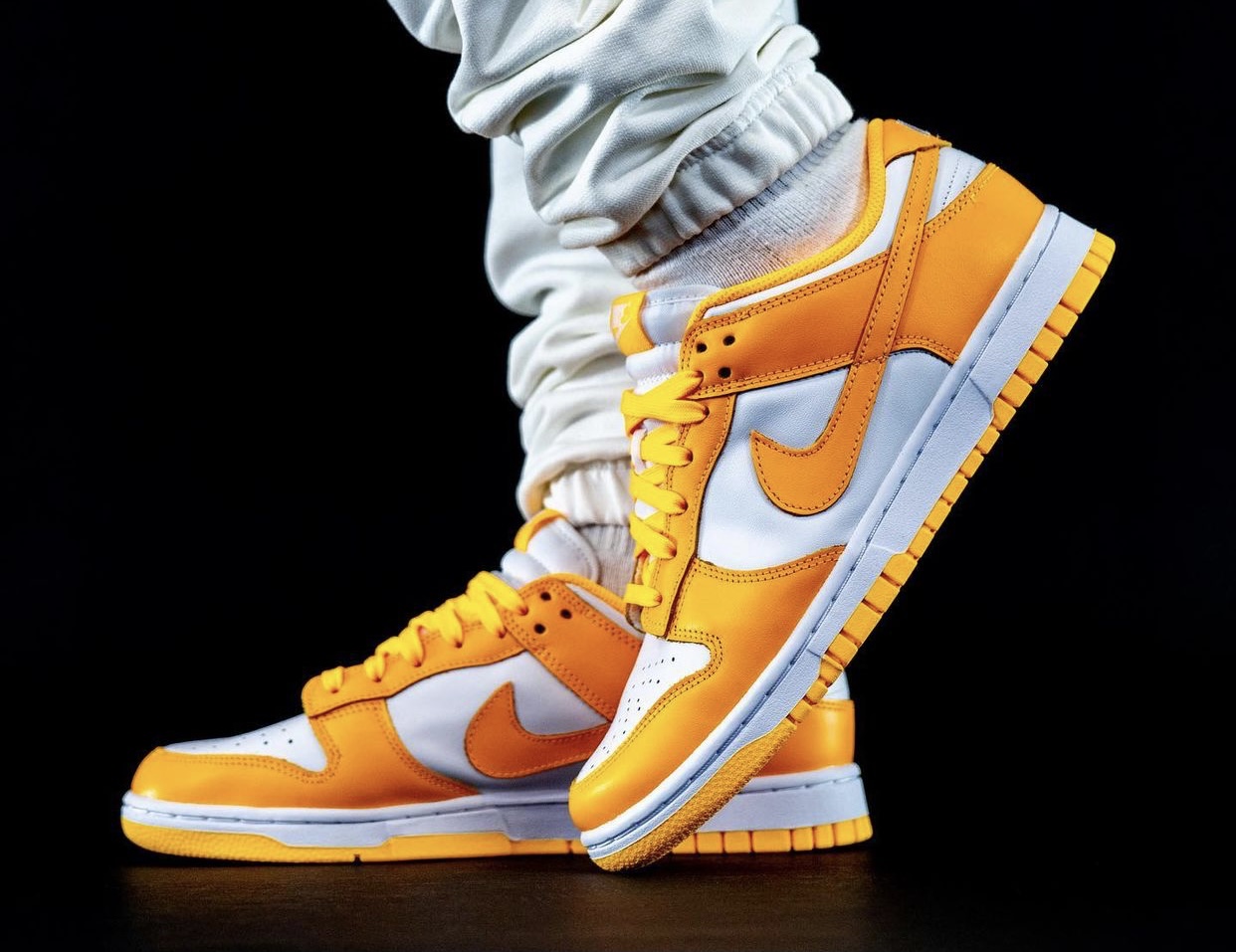 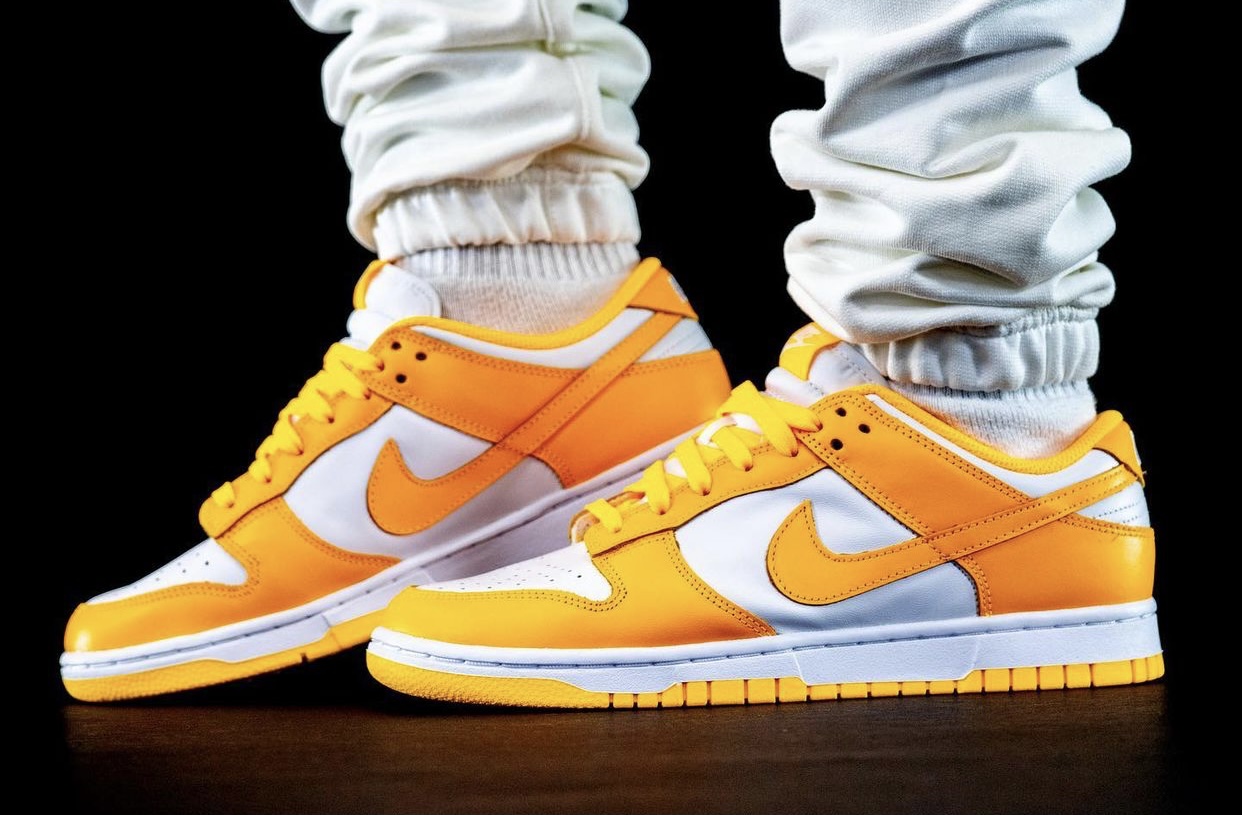 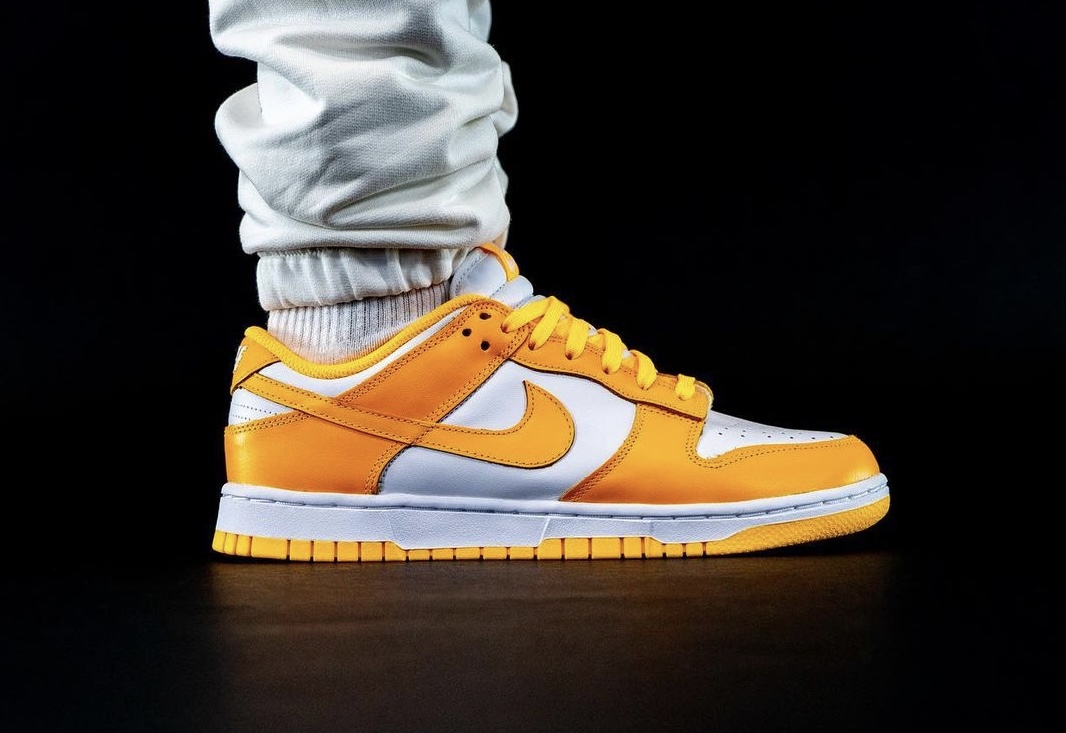 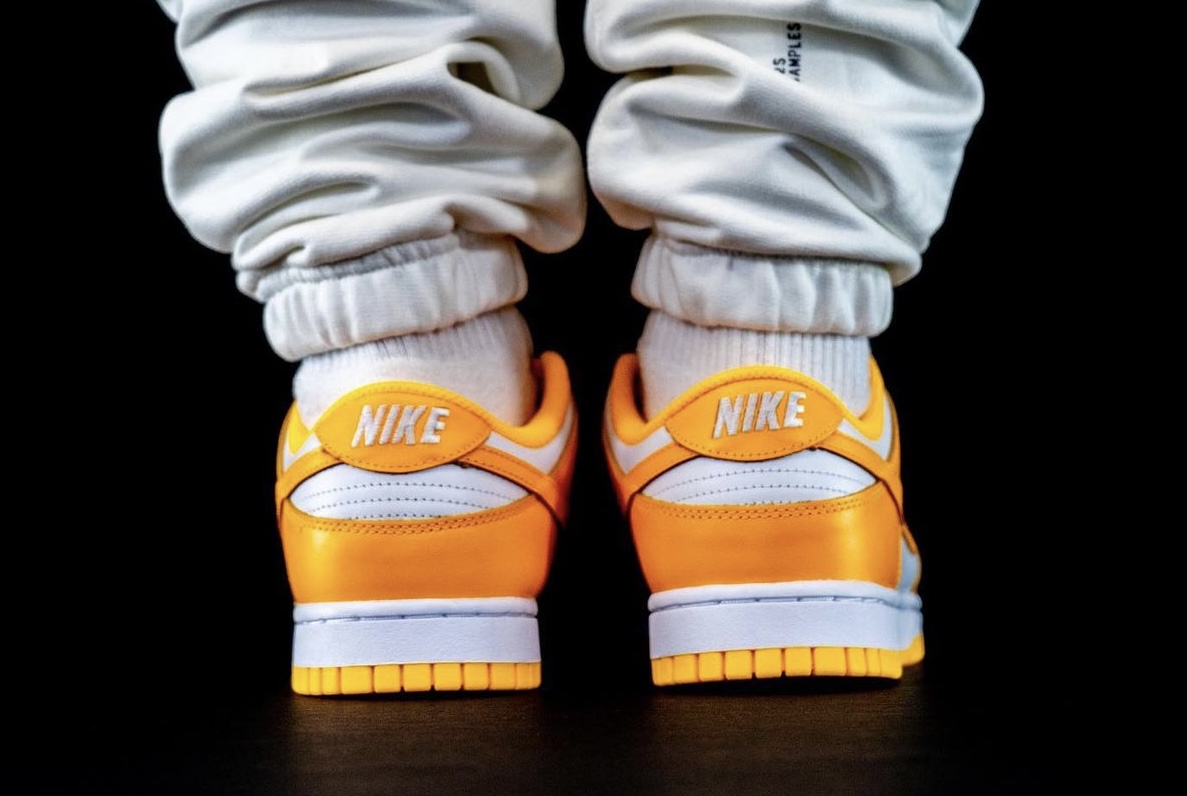 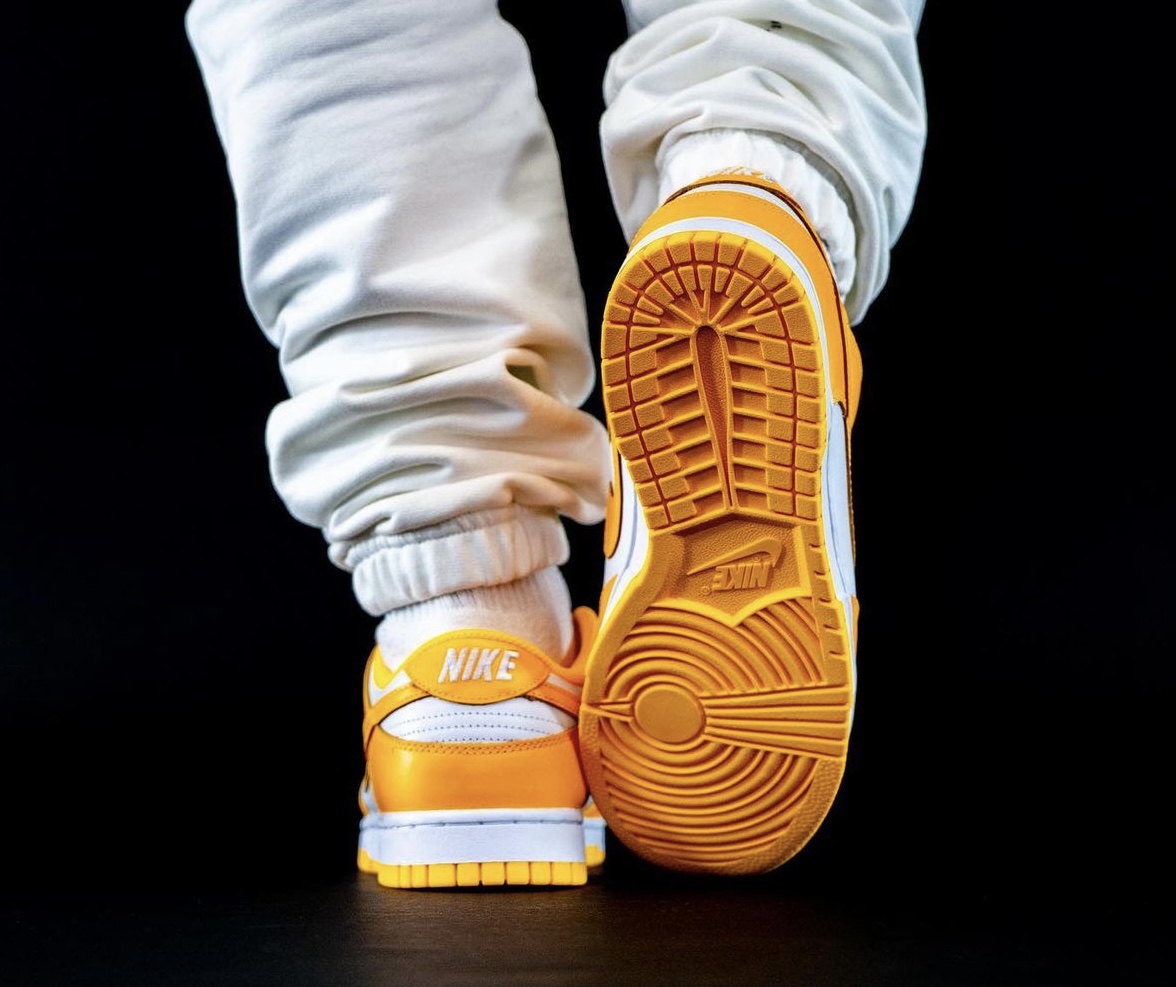 Update (5/4): We now have a detailed look at the Nike Dunk Low ‘Laser Orange’ in women’s sizing that will debut sometime this month. Via Chris Colgan. 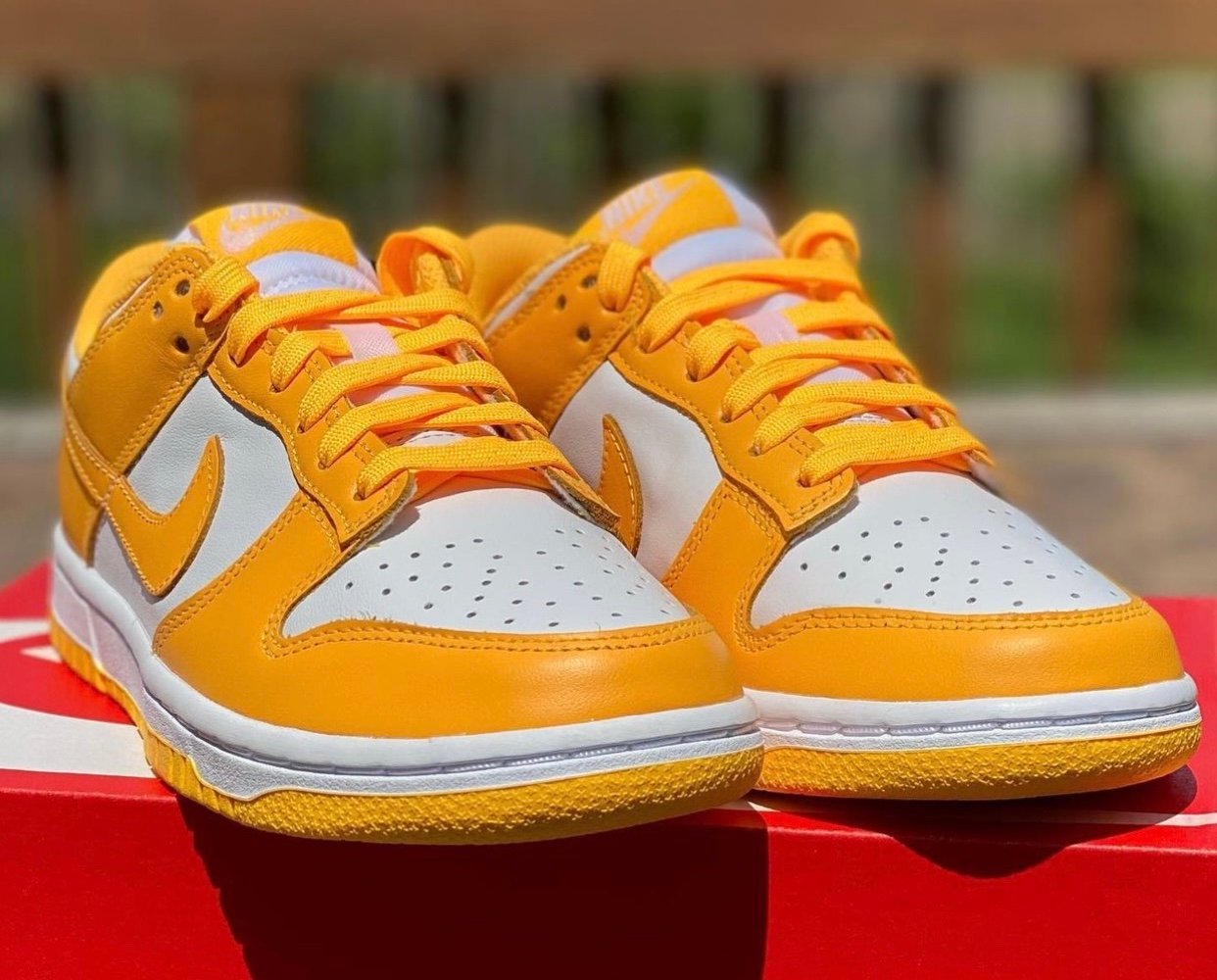 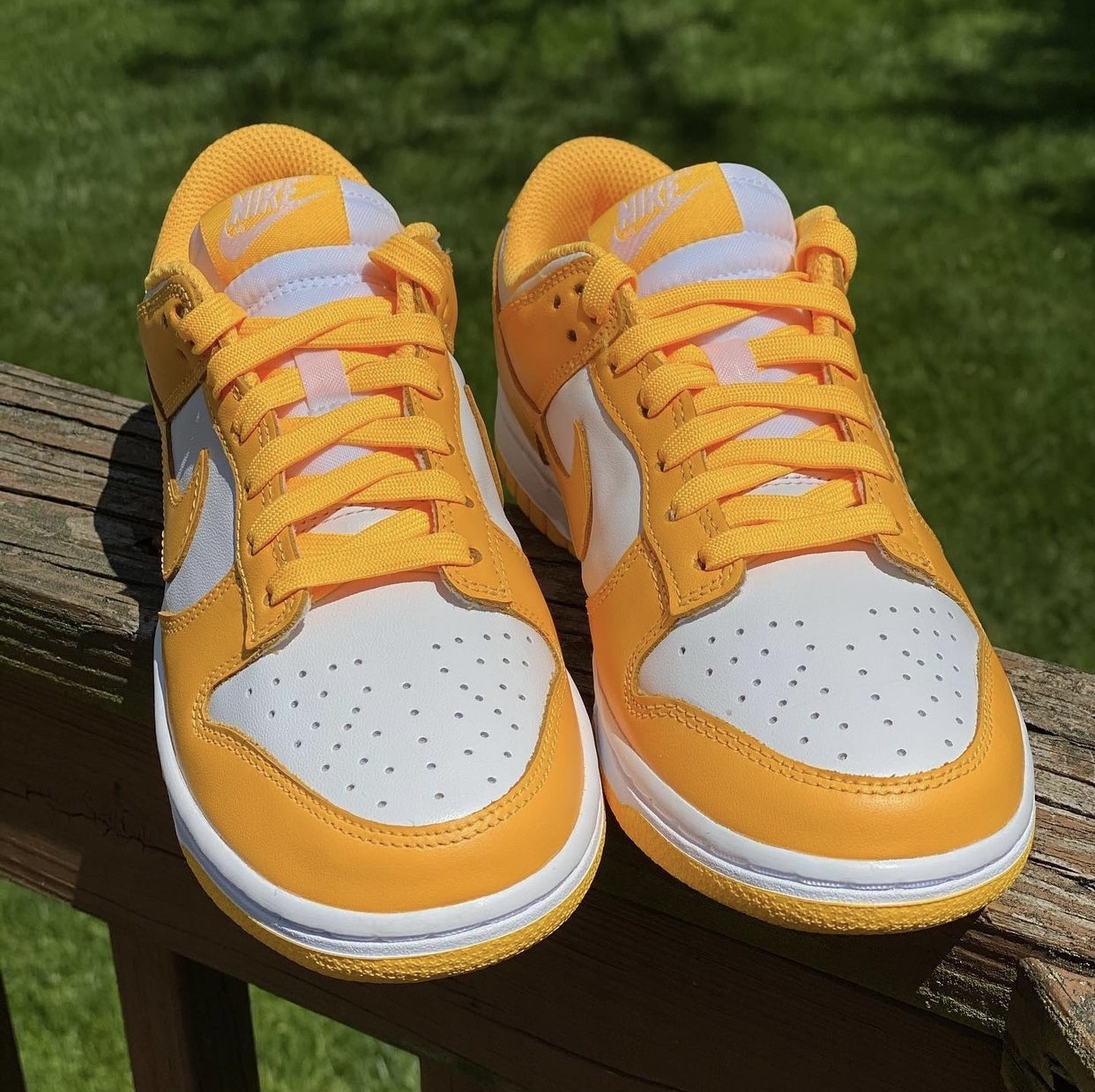 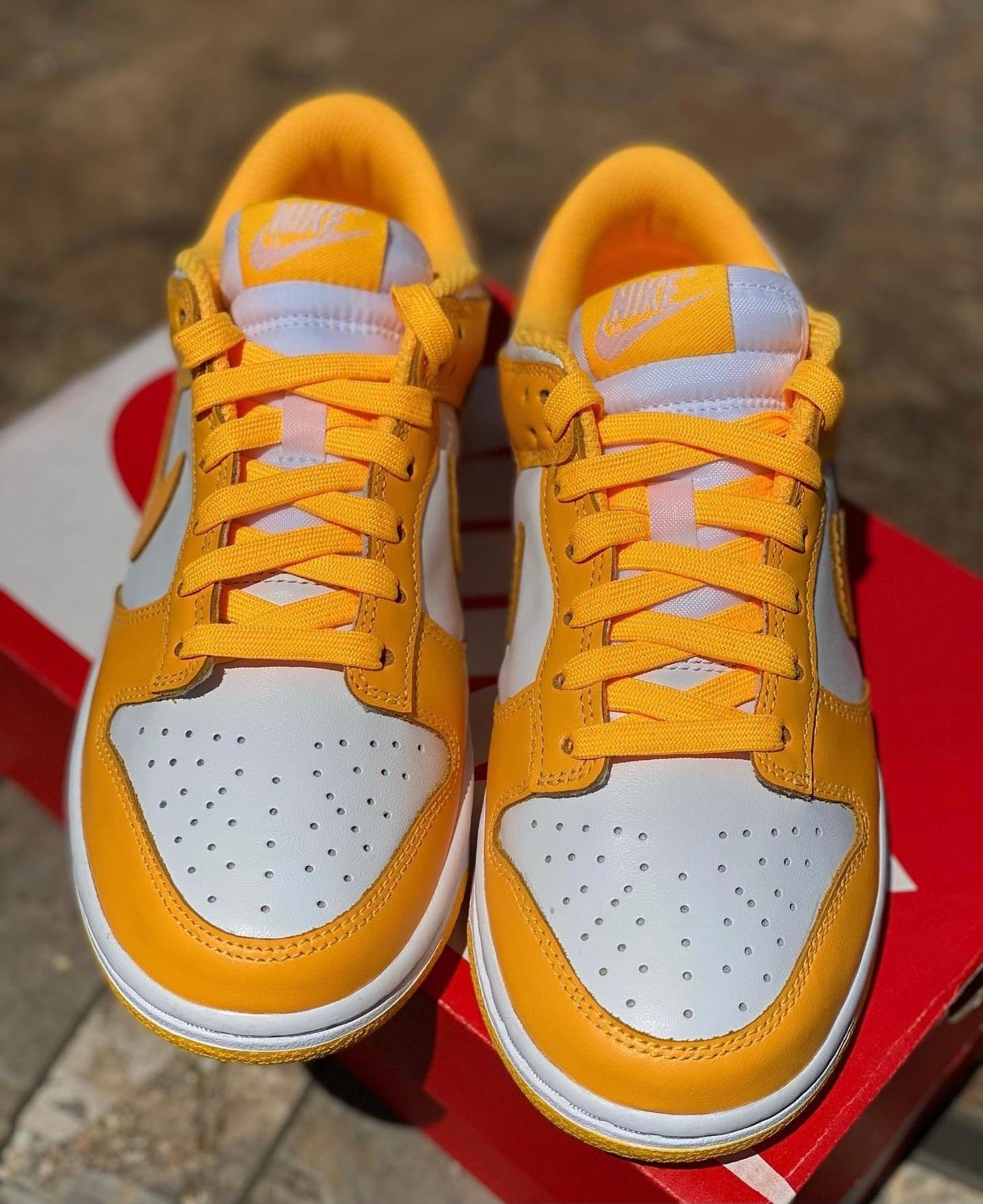 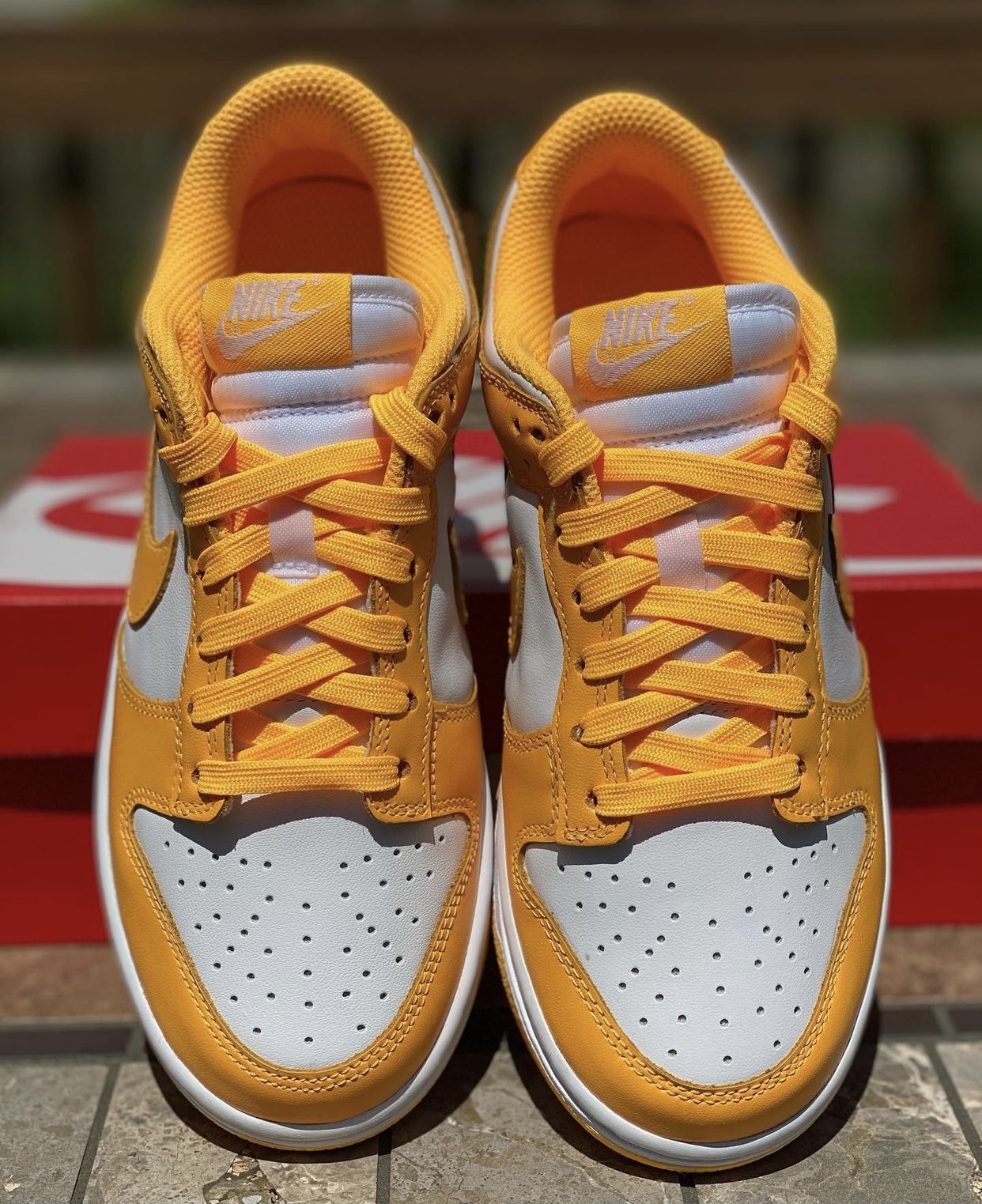 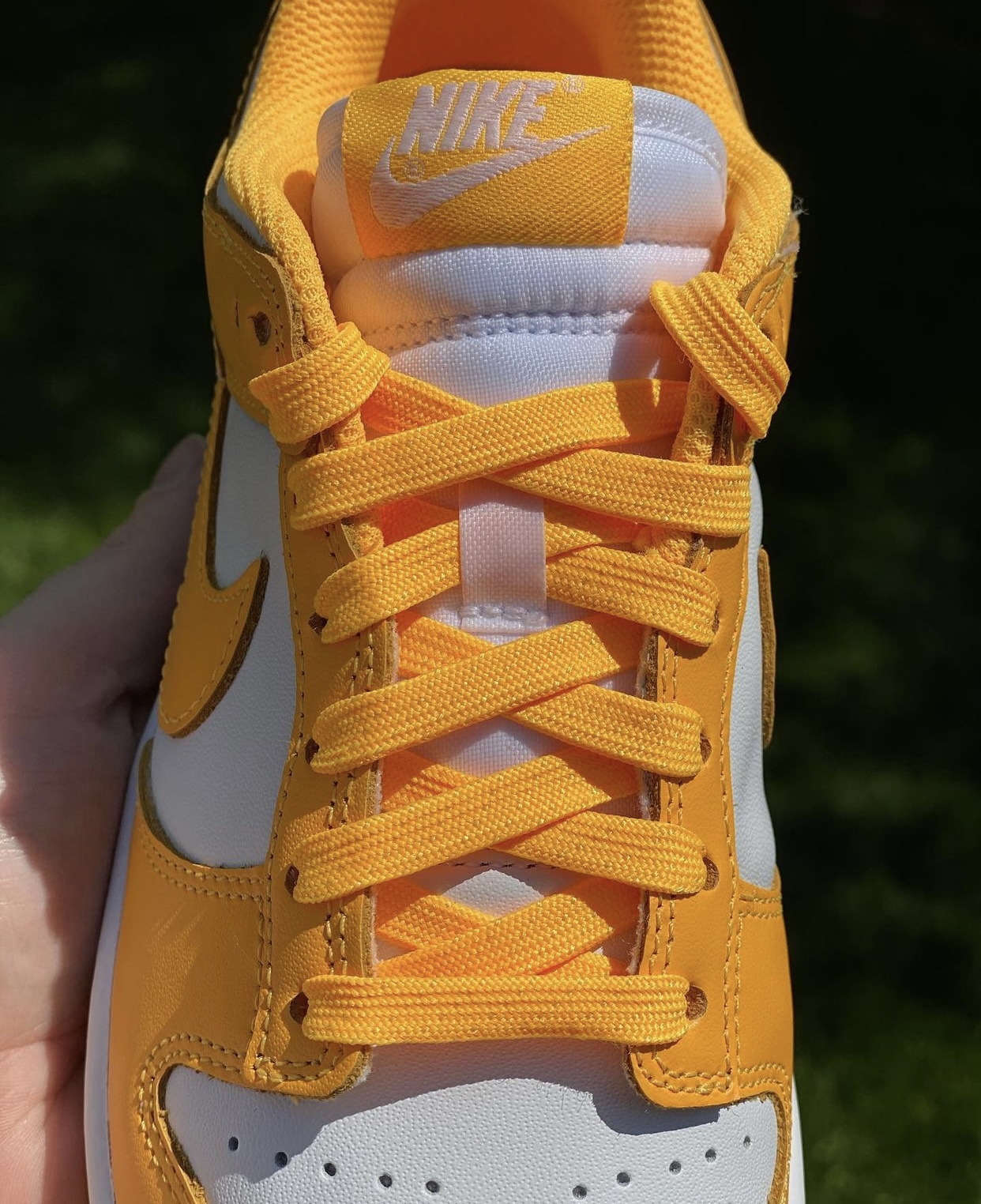 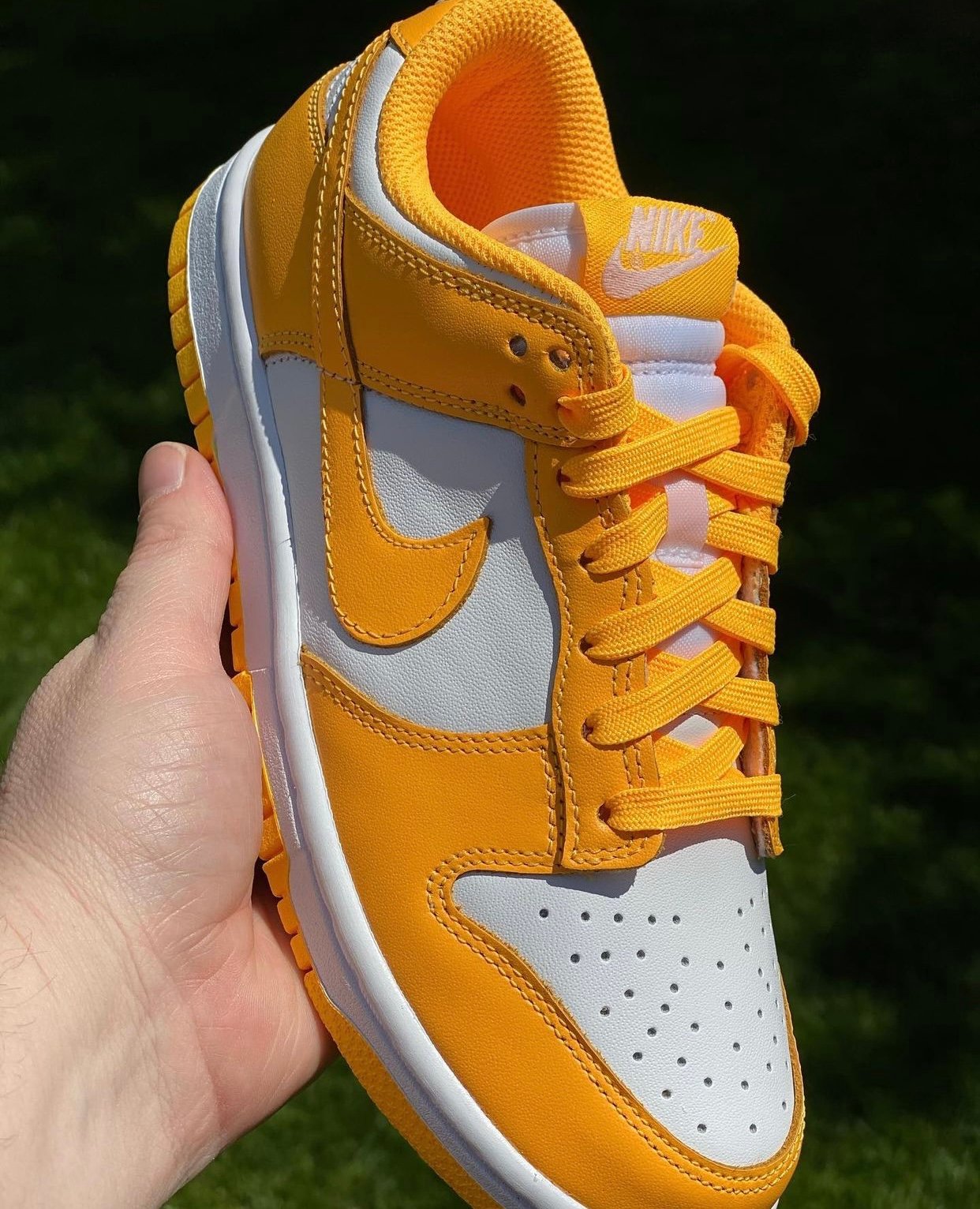 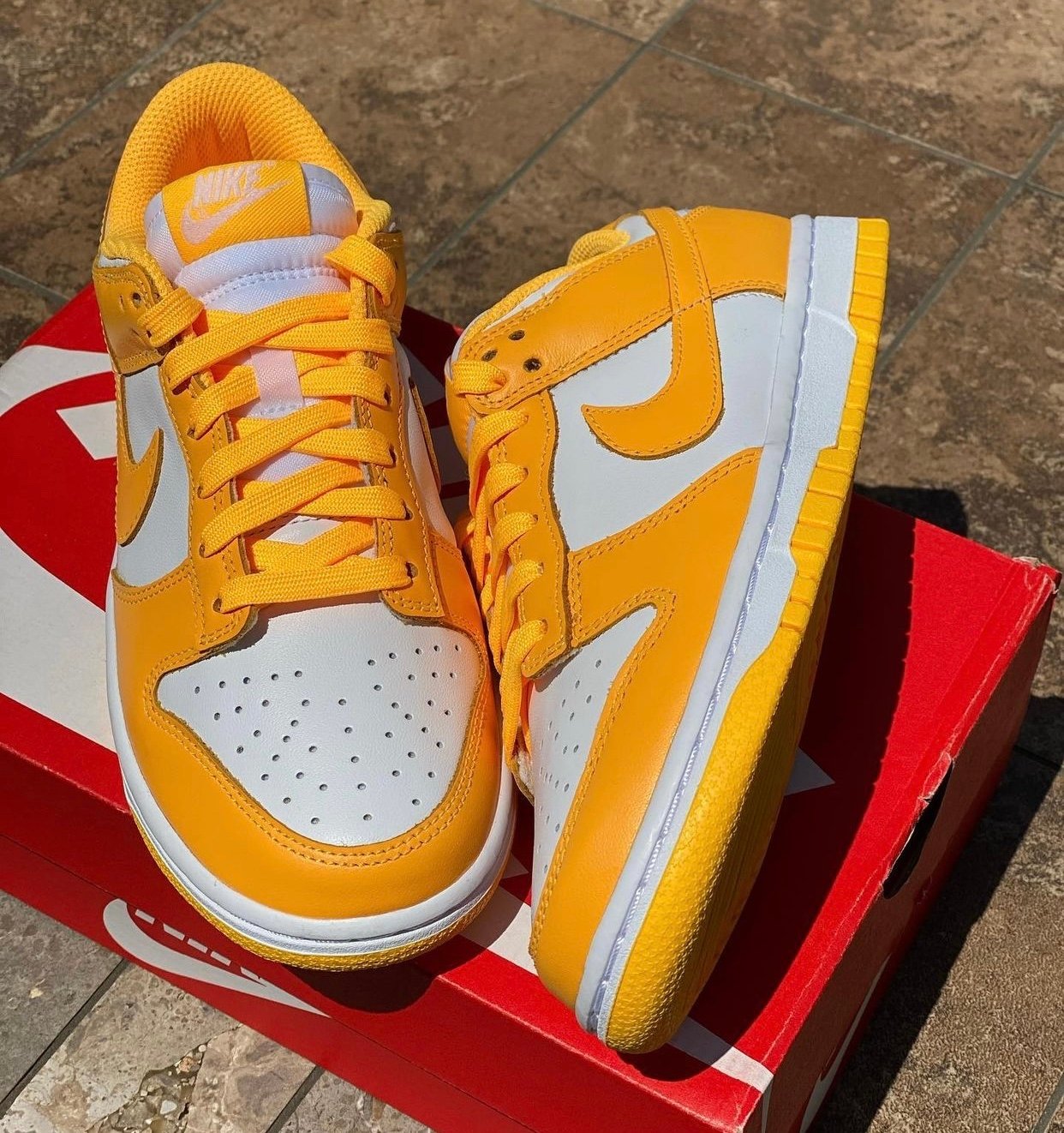 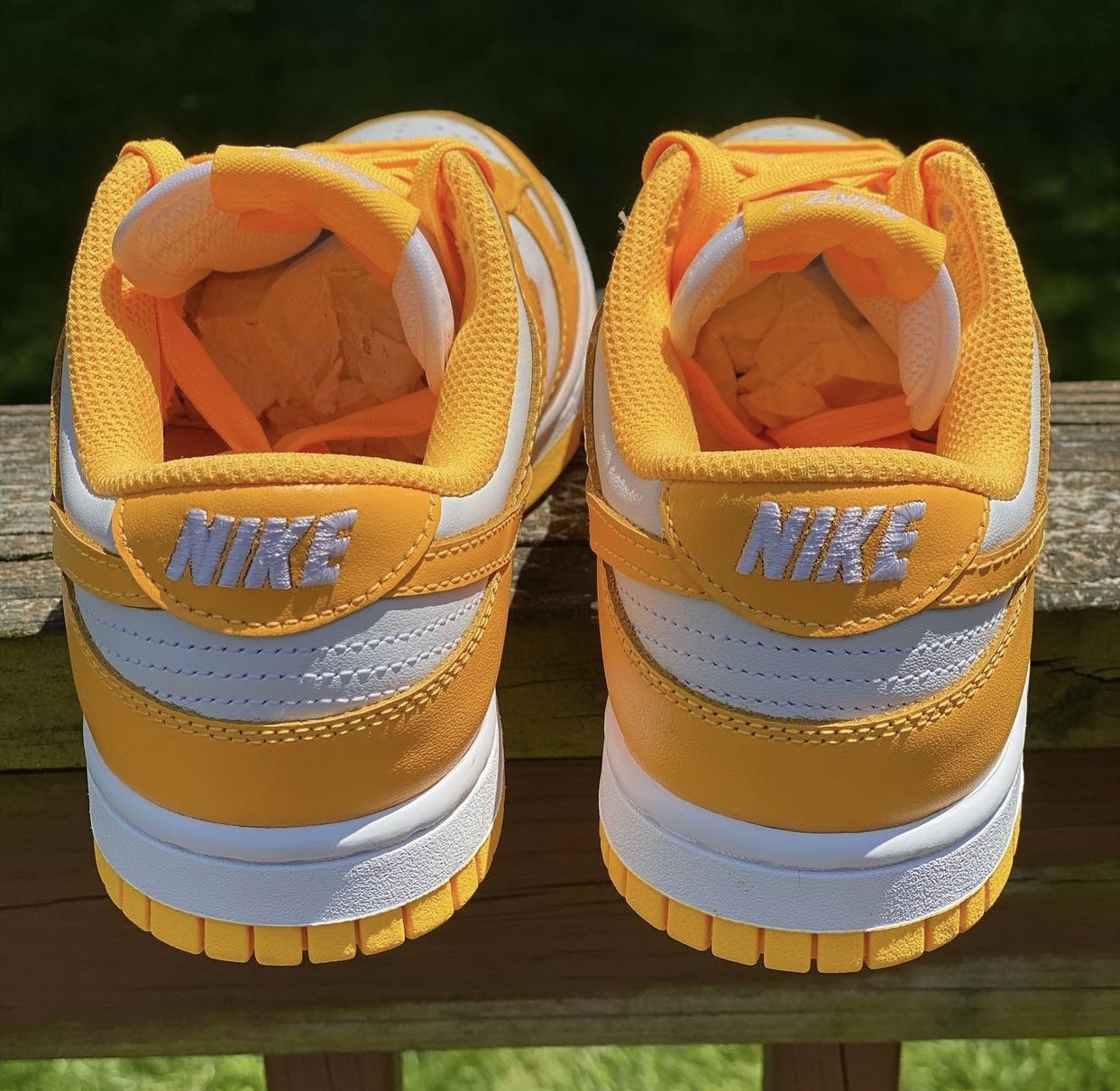 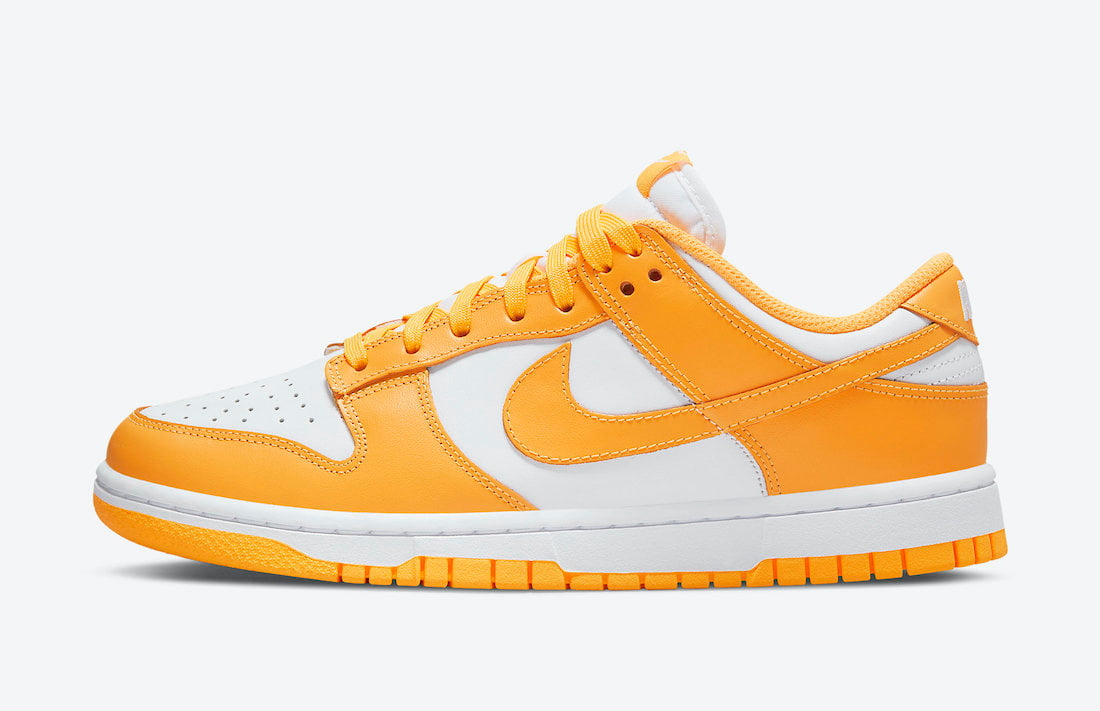 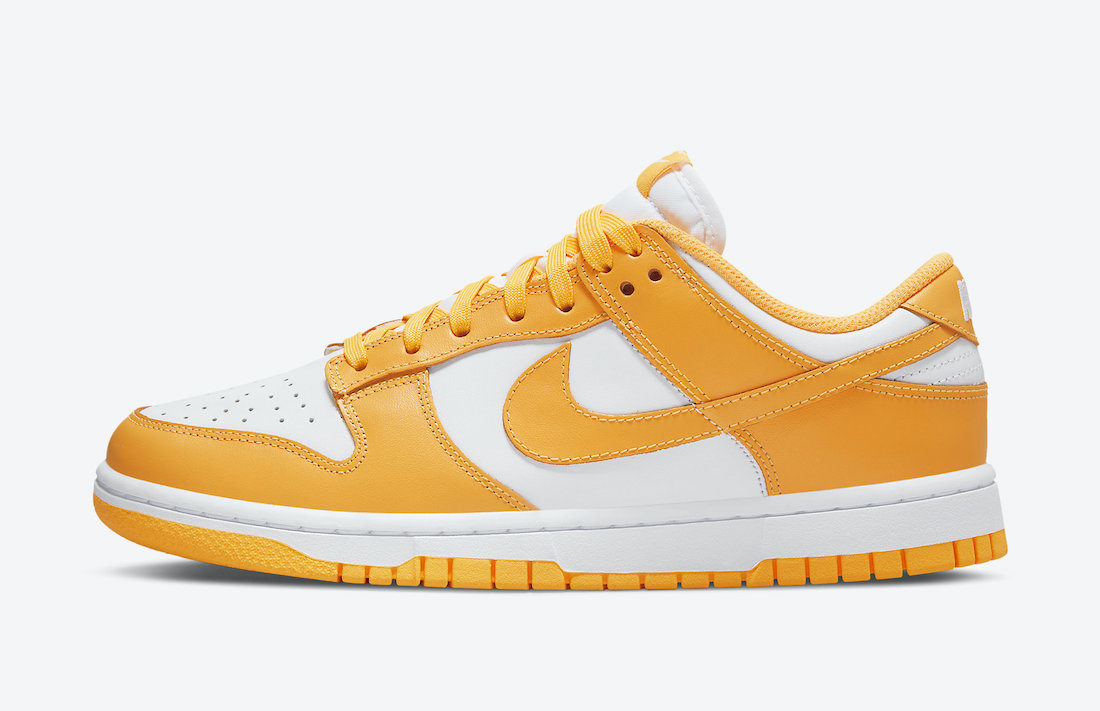 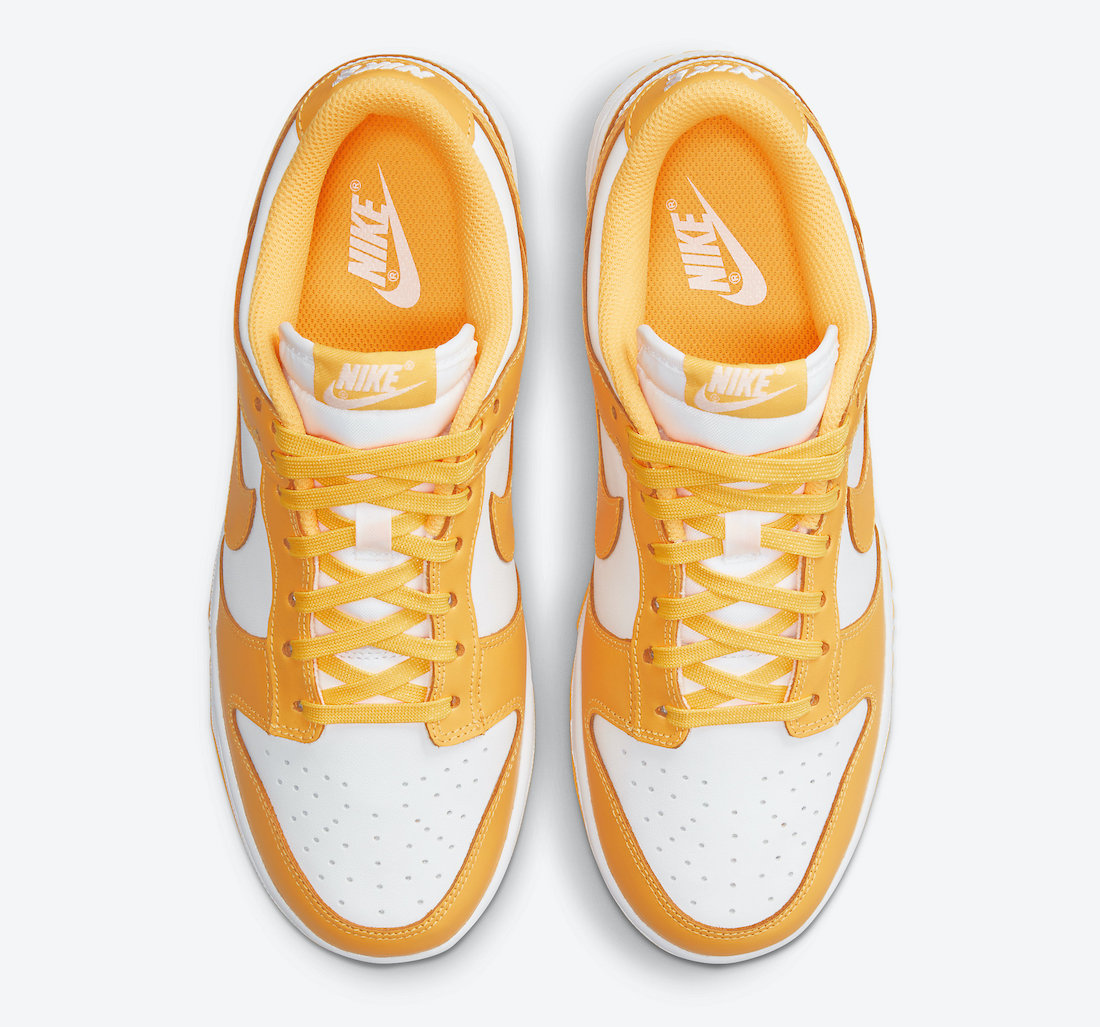 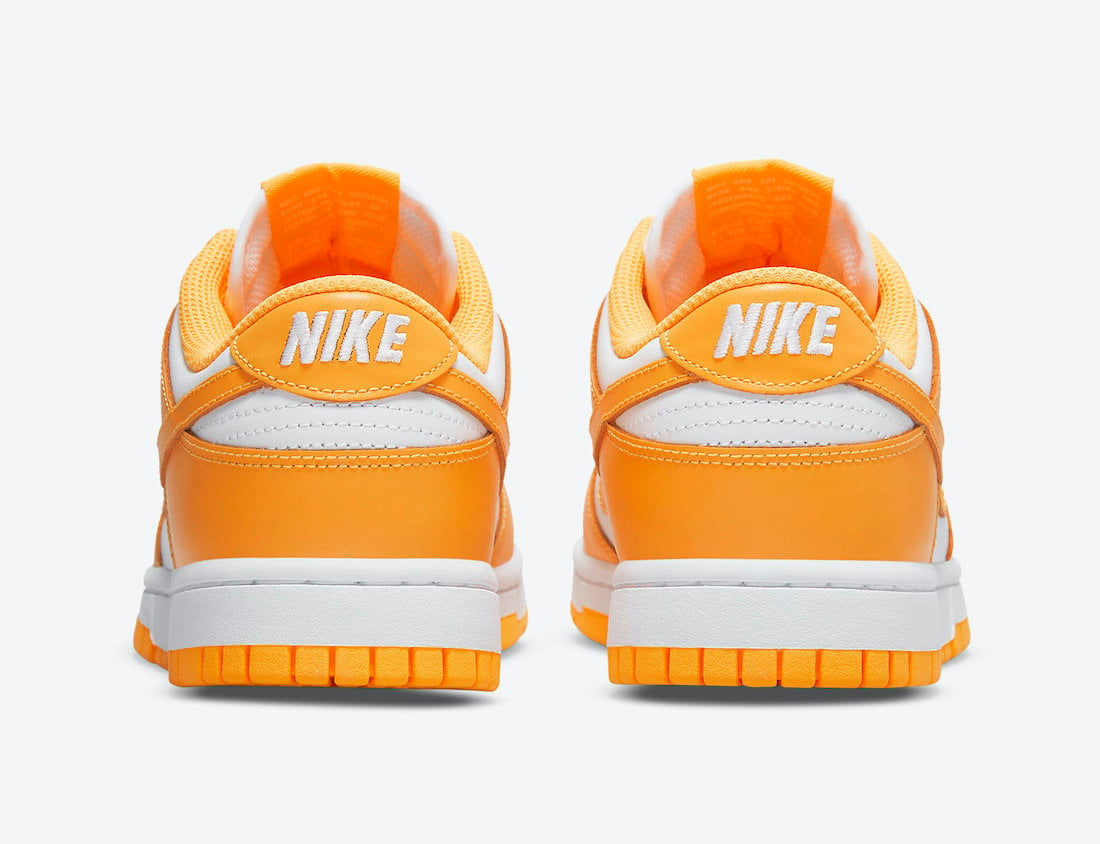 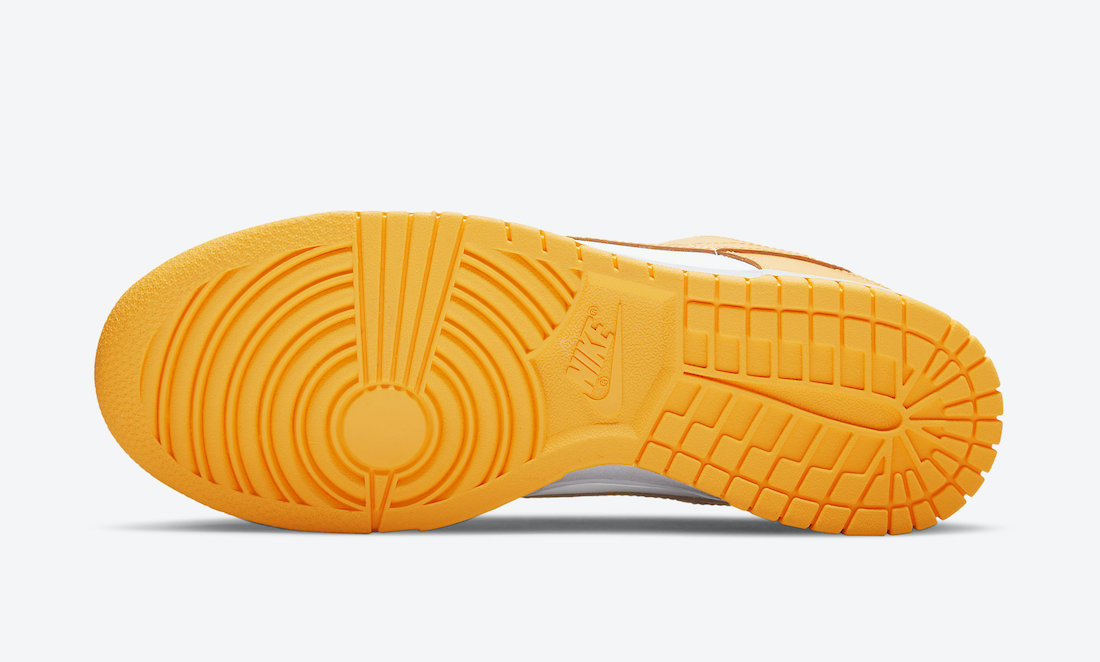 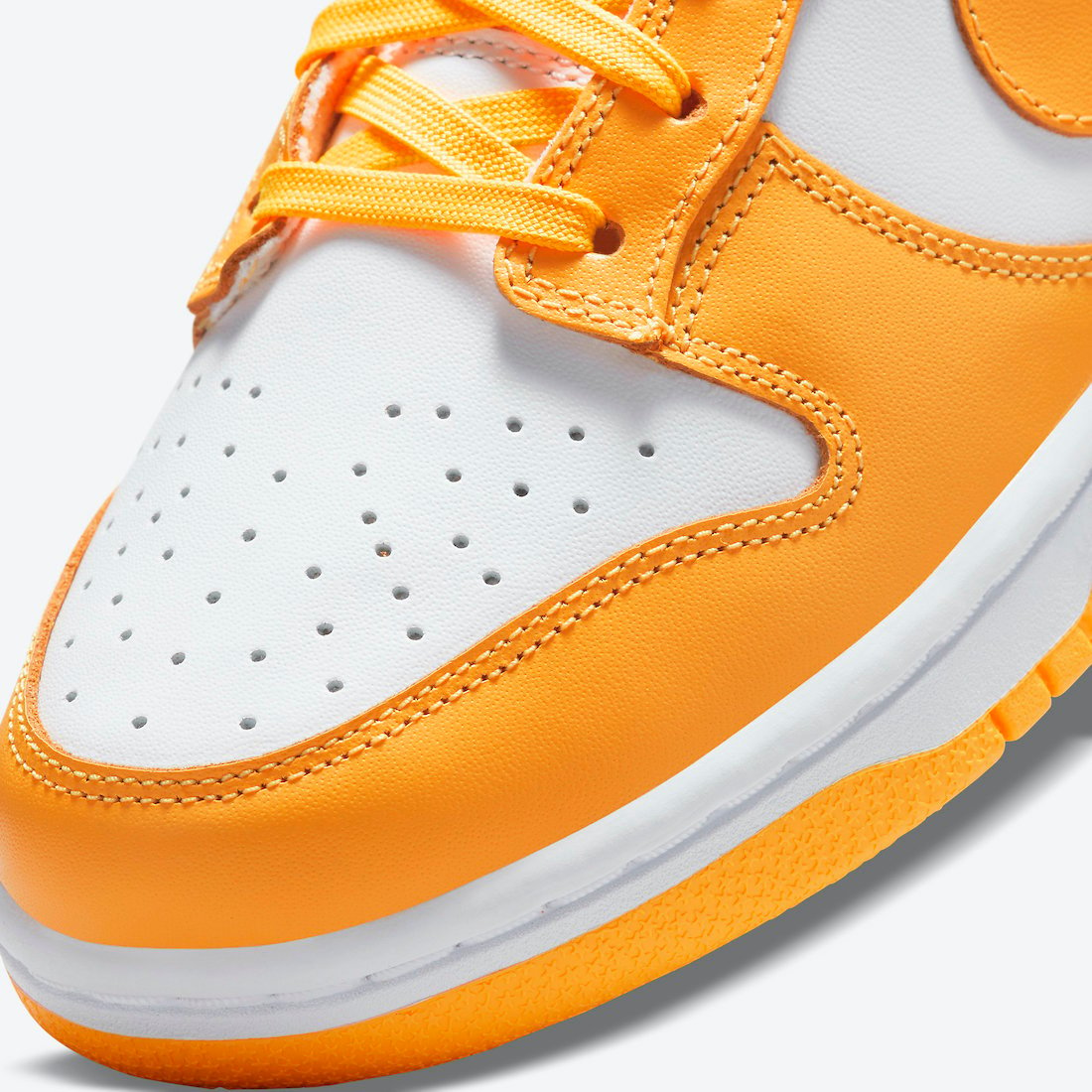 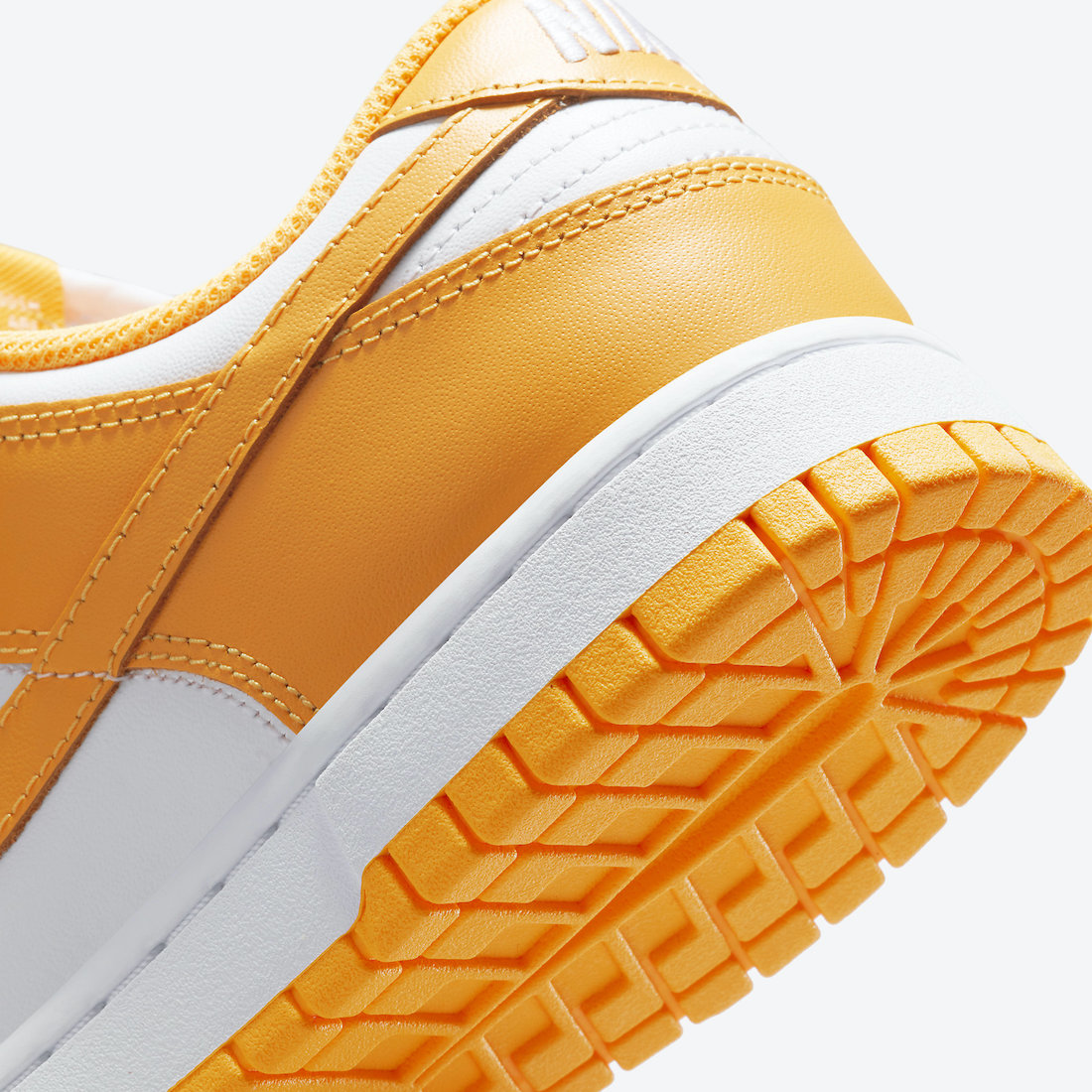