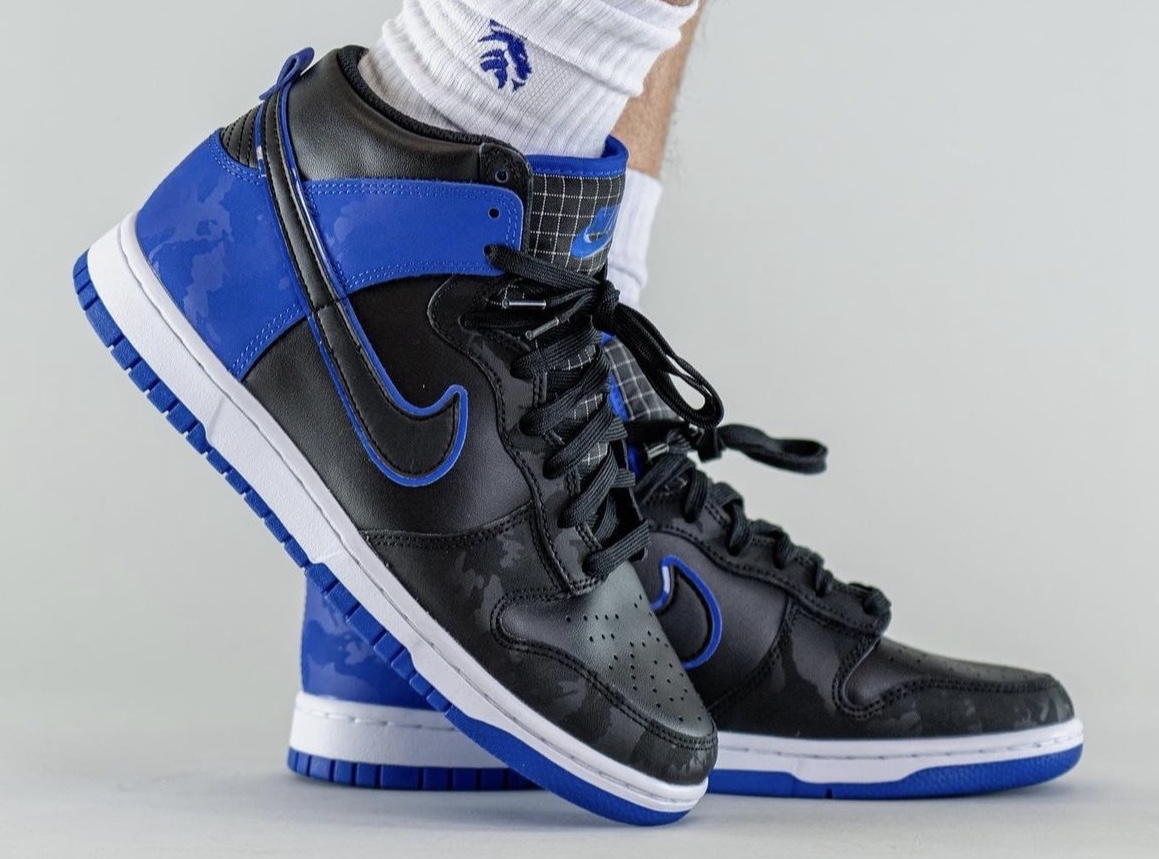 Nike has yet another eye-catching Dunk High set to release later this month year. This pair combines camouflage and 3M reflective grid patterns.

Going over this Nike Dunk High, it comes dressed in a clean Black and Royal Blue color combination. Constructed with Black leather across the uppers while the same shade adorns the Swoosh logos, liner, and laces. Next, Blue details the overlay around the heel, ankle overlay, and outlines the Swoosh. Highlighting the pair, we have camouflage on the overlays and a 3M reflective grid lands on the tongue. Finally, a White midsole and Blue rubber outsole finish the look.

Continue to scroll below for more images of the Nike Dunk High ‘Blue Camo’ that will give you a closer look. Although a release date has yet to be announced, the pair is expected to arrive soon at select retailers and Nike.com. The retail price is $110. Make sure to check back with us for more updates.

Update 11/30: Check out on-feet photos of the Nike Dunk High ‘Blue Camo’ via yankeekicks. Currently, a release date has yet to be announced. 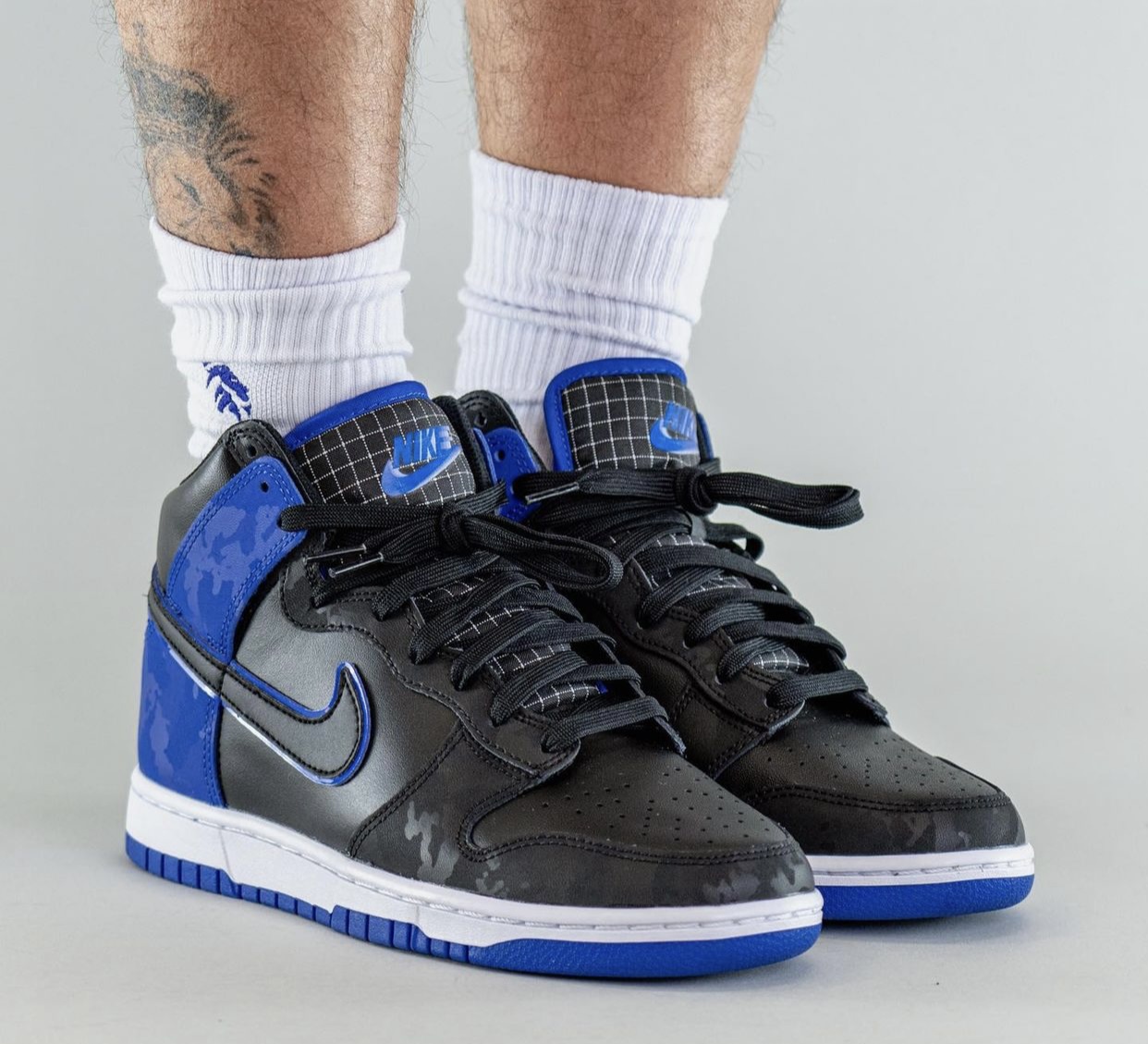 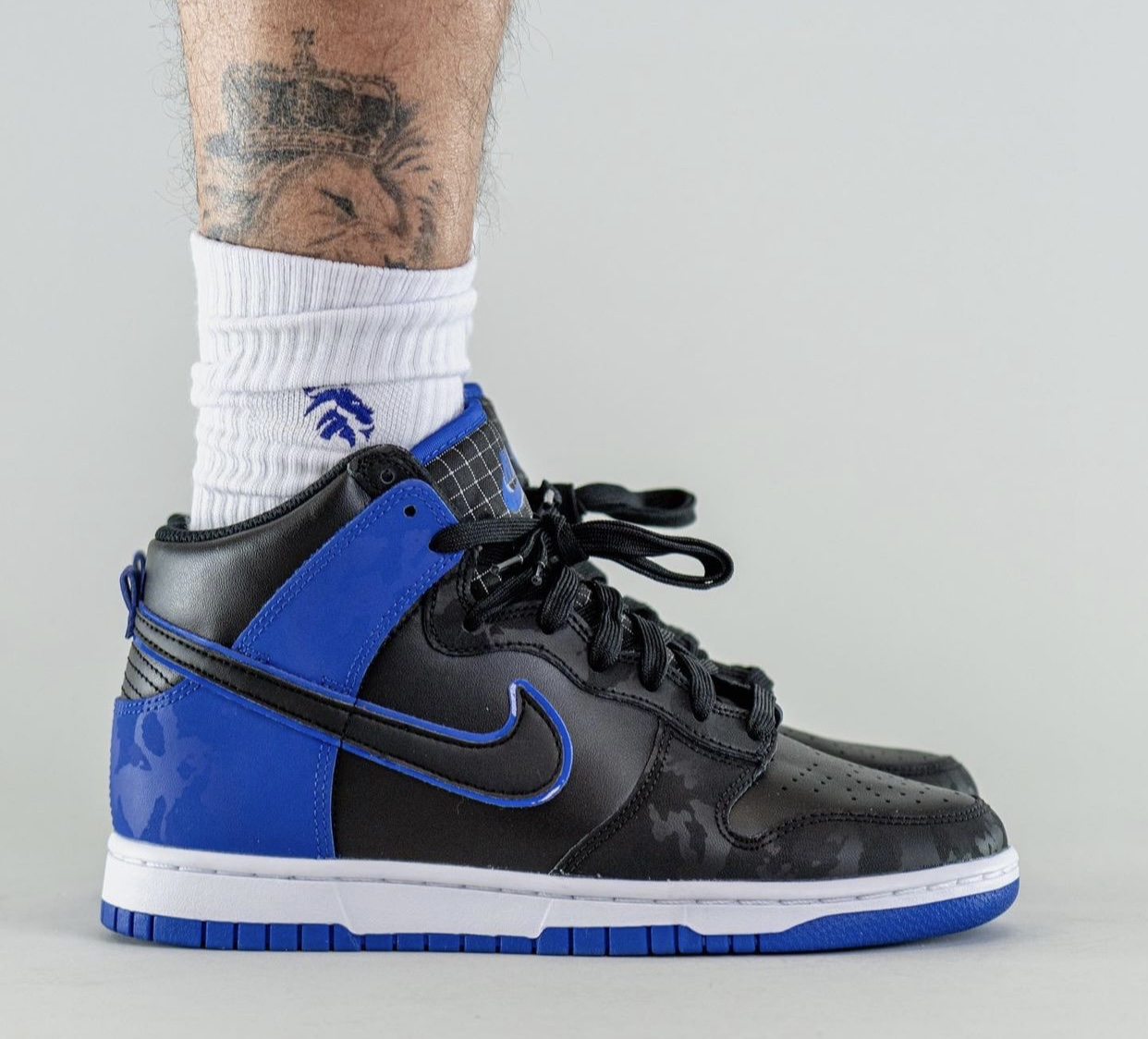 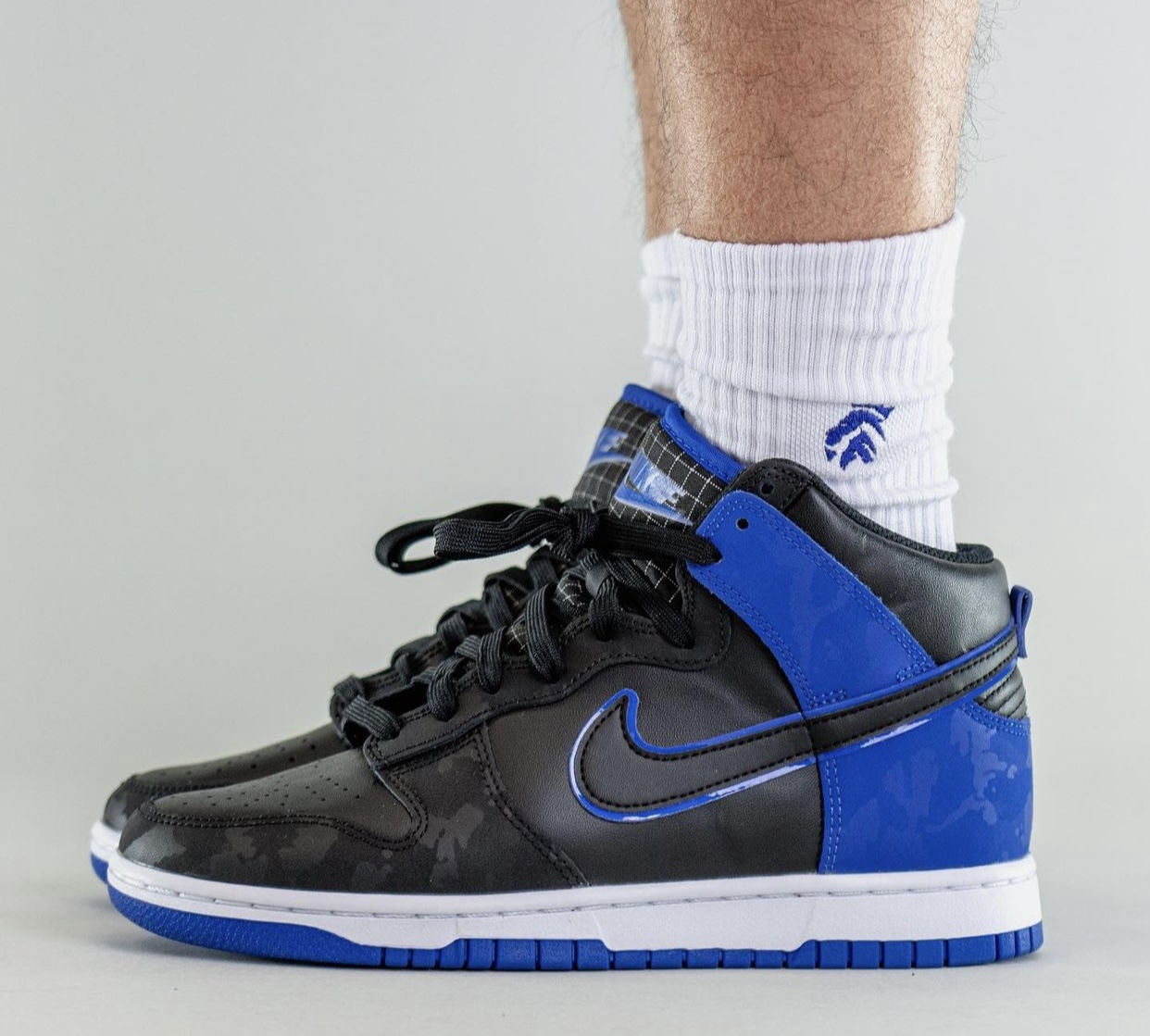 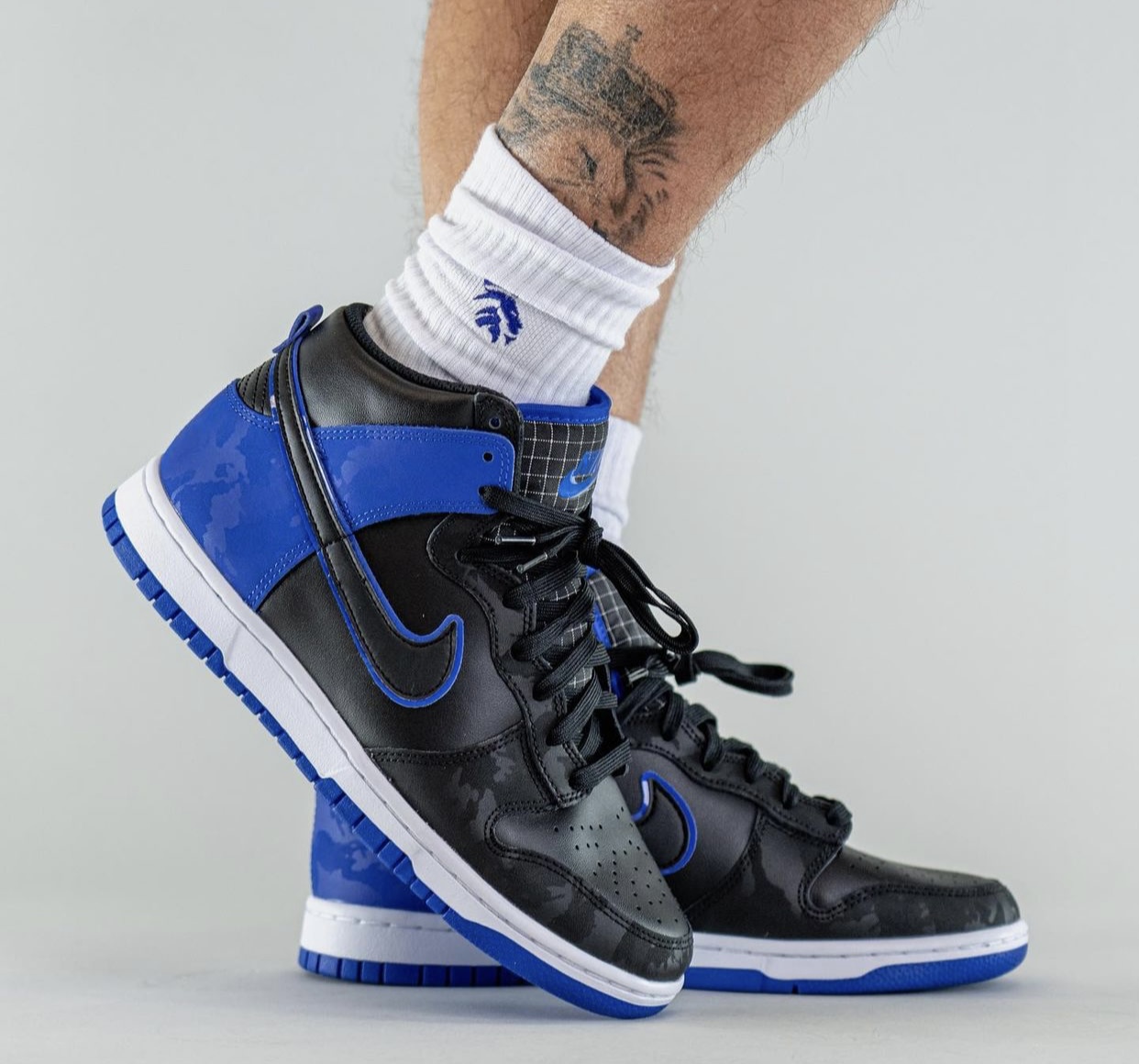 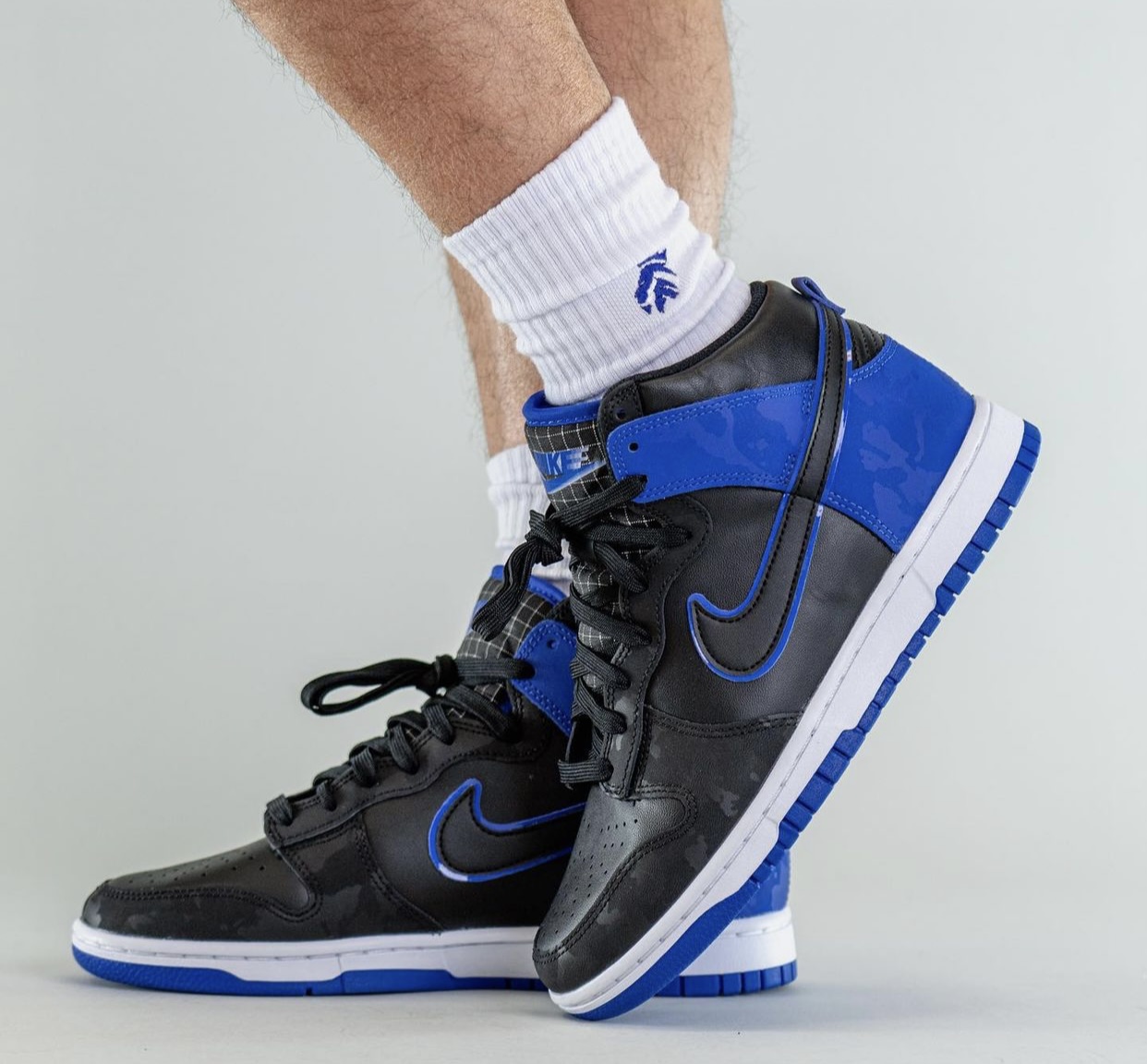 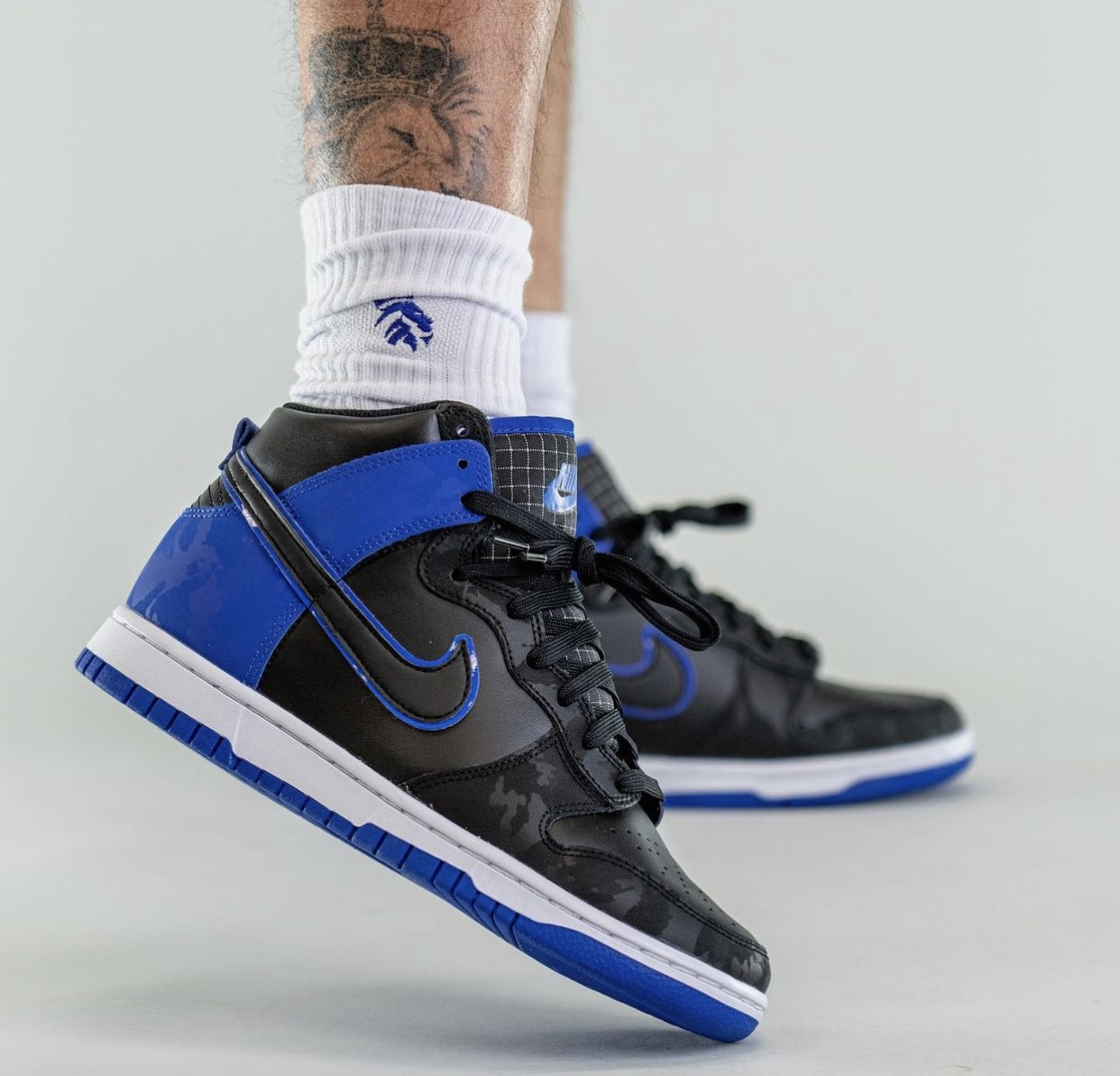 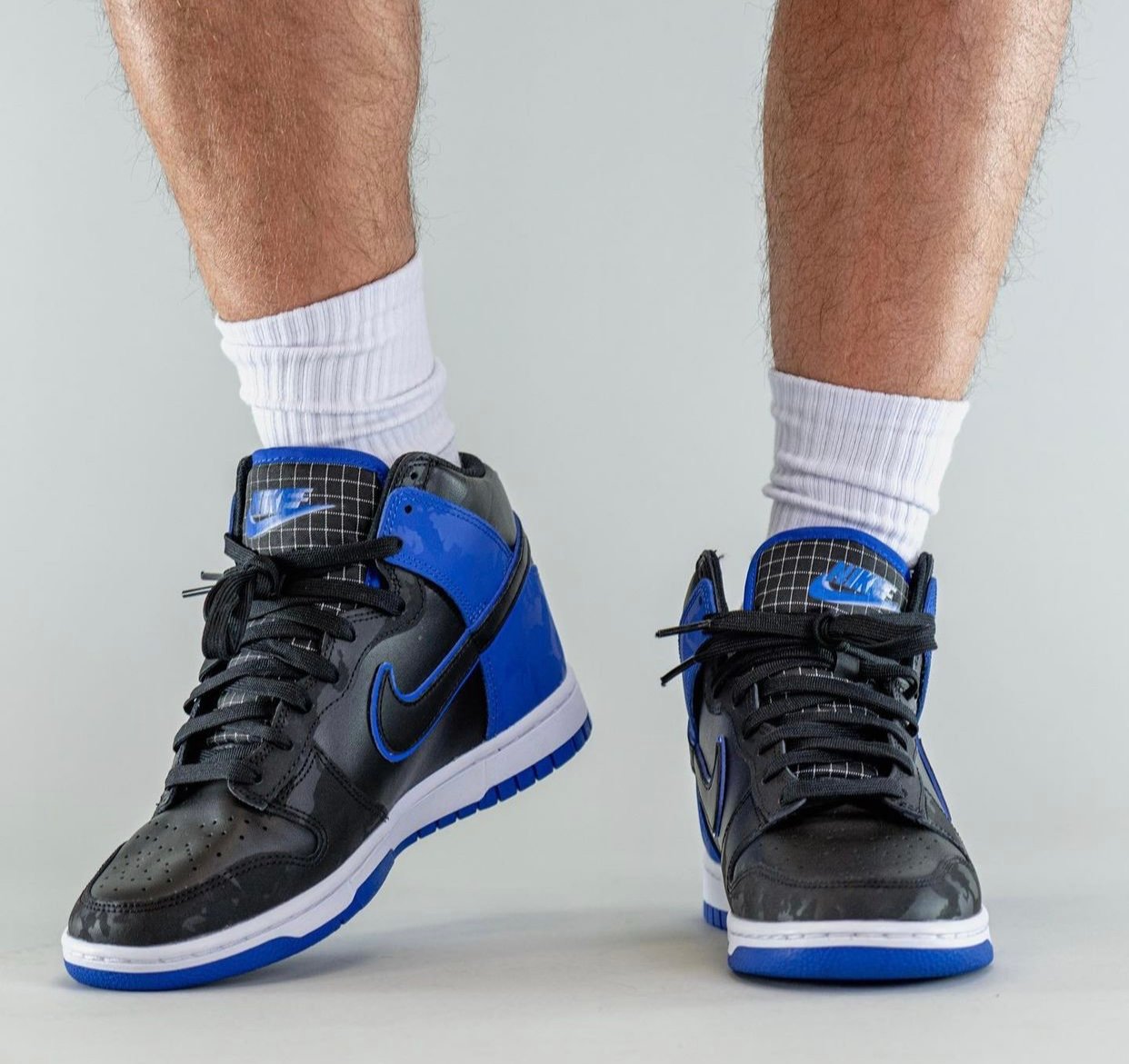 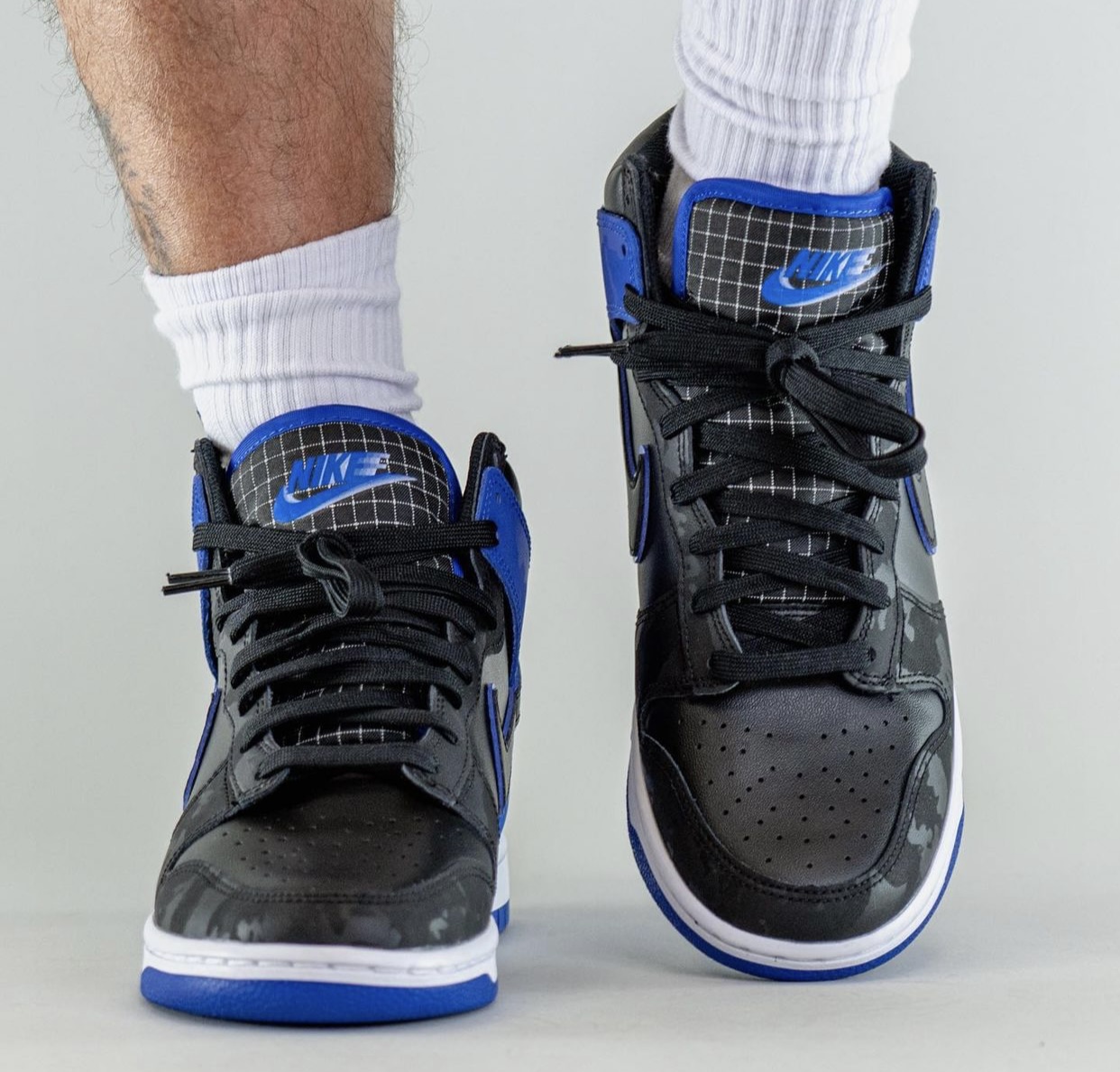 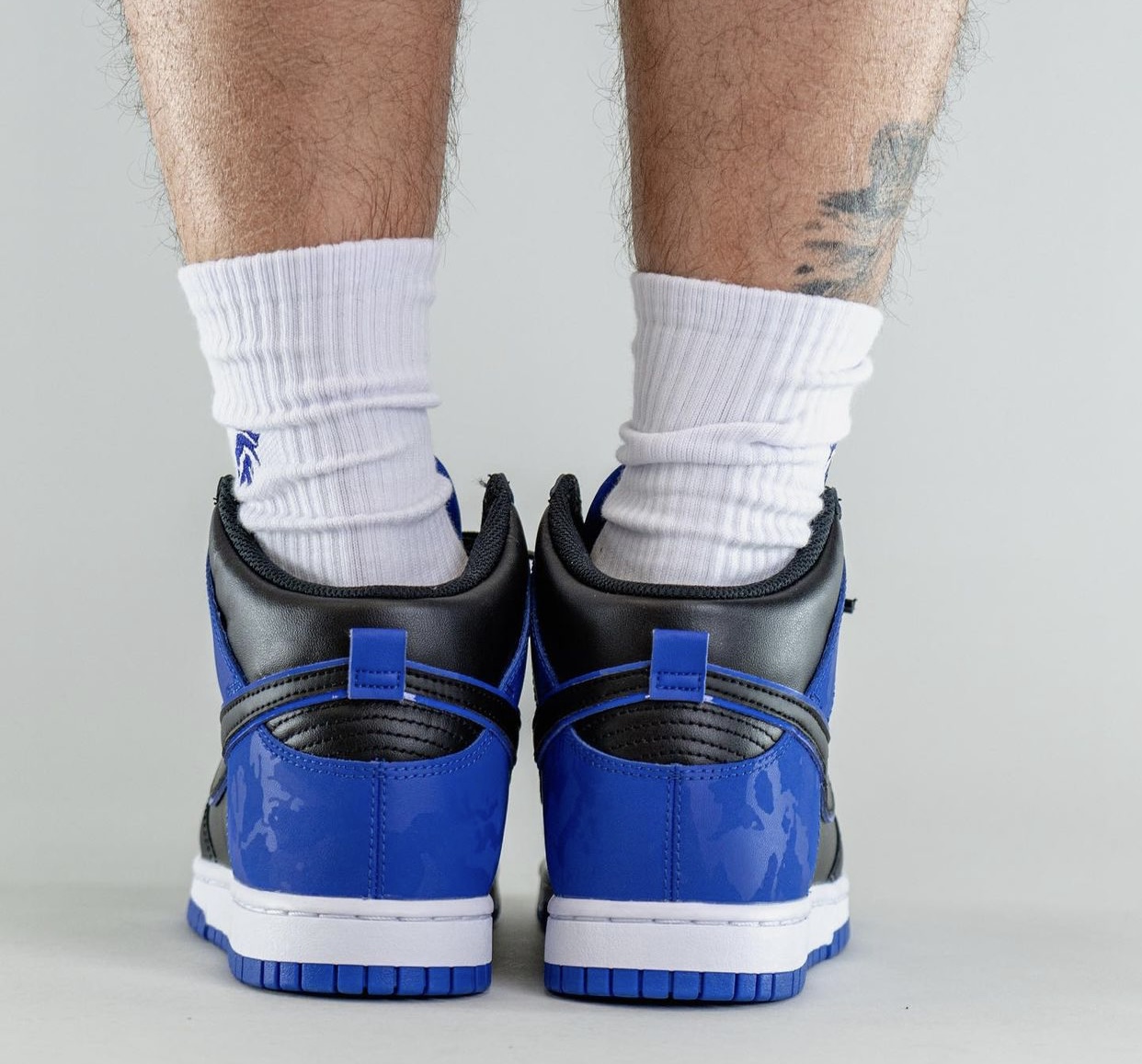 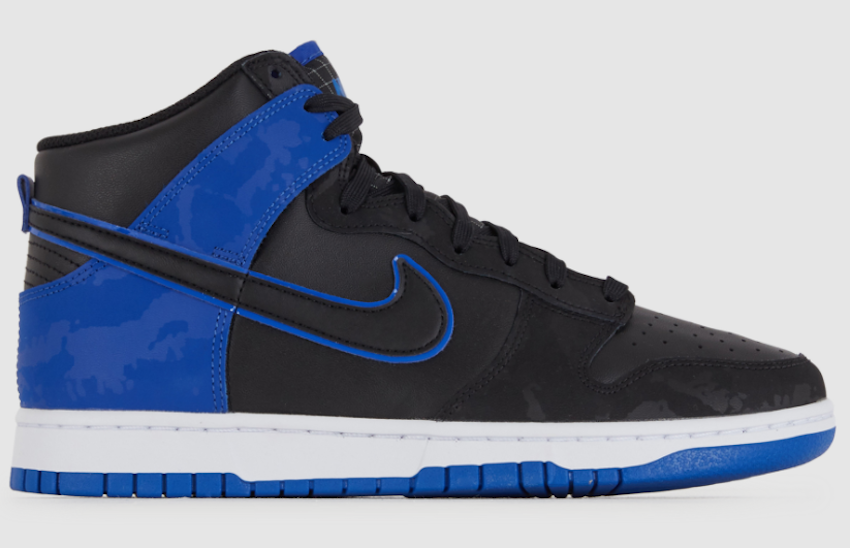 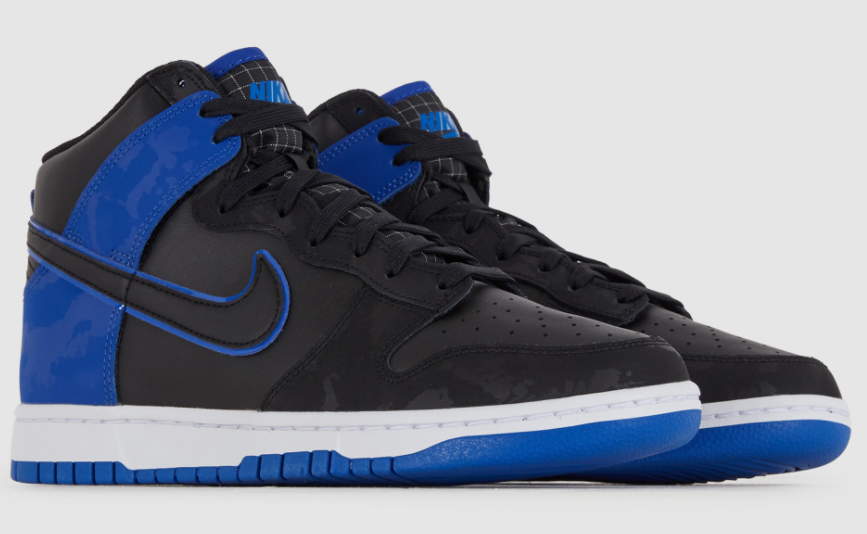 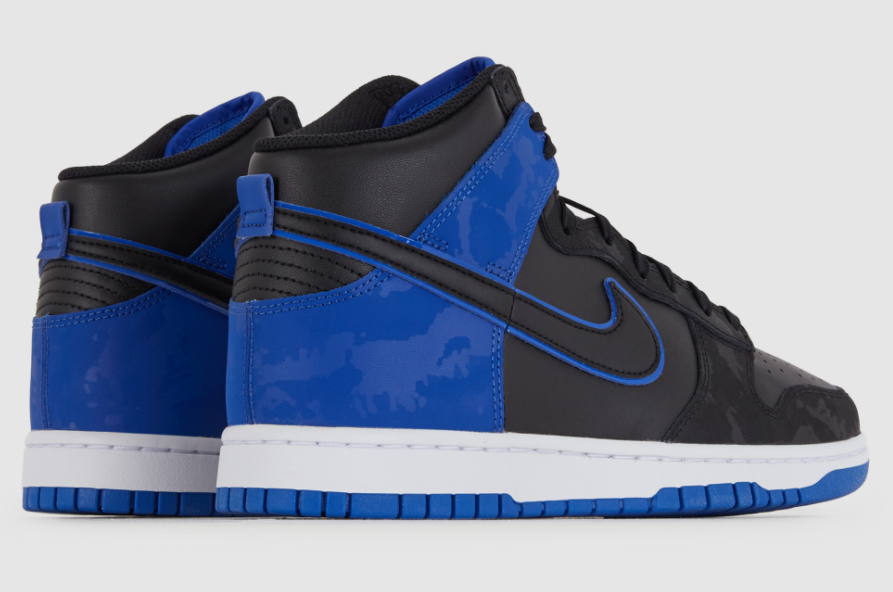 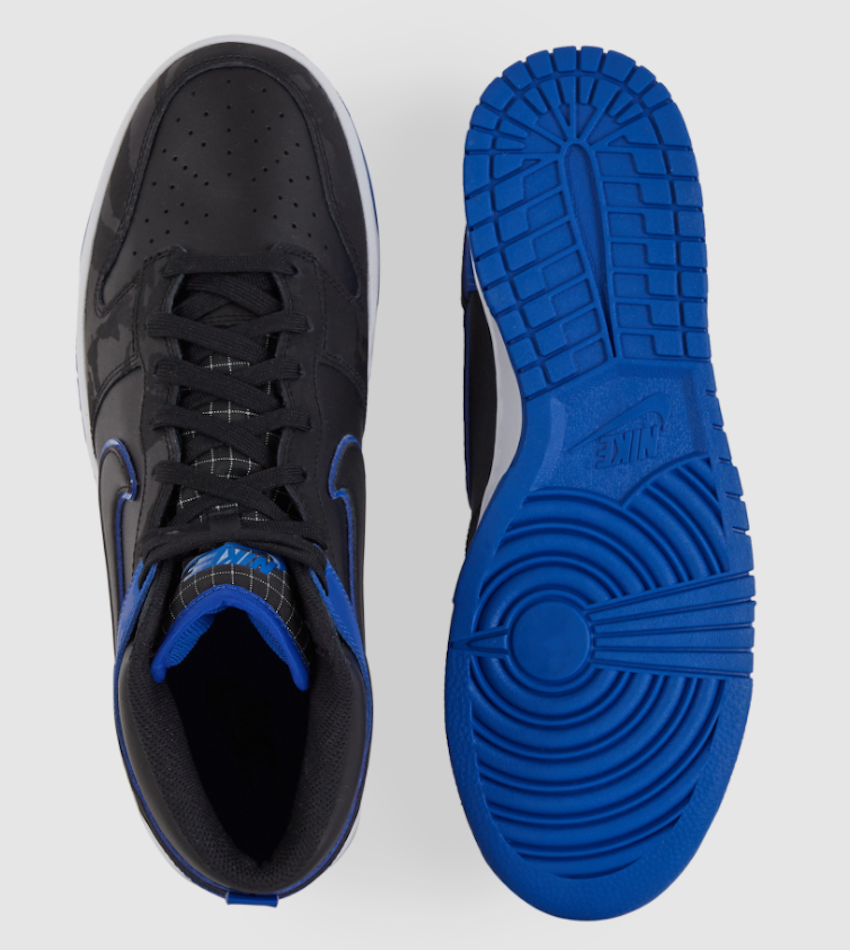