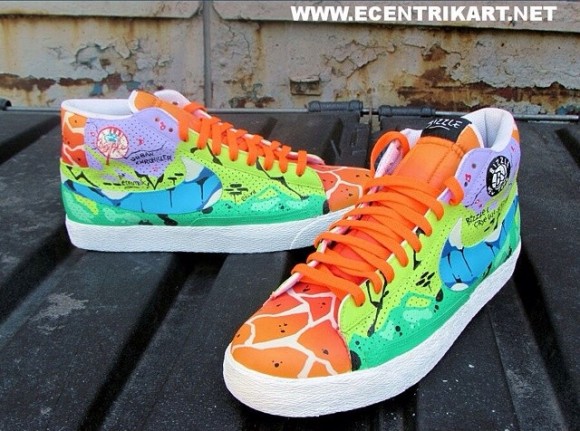 Ecentrik Artistry is at it again, whipping up some 1-of-1 custom Nike Blazers for his cousin. Both of them love graffiti, and that was ultimately the driving inspiration for these customs.

The Nike Blazer ‘Bizzle State of Mind’ customs by Ecentrik Artistry are covered in a variety of colors, including lavender, lime green and blue. The majority of the uppers have a mint green, mountain landscape portrait painted on them, with a lime green sky. The Nike Swoosh comes flying over the midfoot panels in shades of blue, black and white. The toe caps and heel tabs get a little wild with the cracked cement print, which has a gradient effect applied to them, and are speckled with black dots. The lavender colored sections feature some NY insignia; Ecentrik using the Yankees and Brooklyn Nets’ logos.

The customs that we see from Ecentrik are always amazing, and the time and effort he places into each pair are impeccable. Continue down the page for some alternate angles of these ‘Bizzle State of Minds’ from Ecentrik Artistry now! 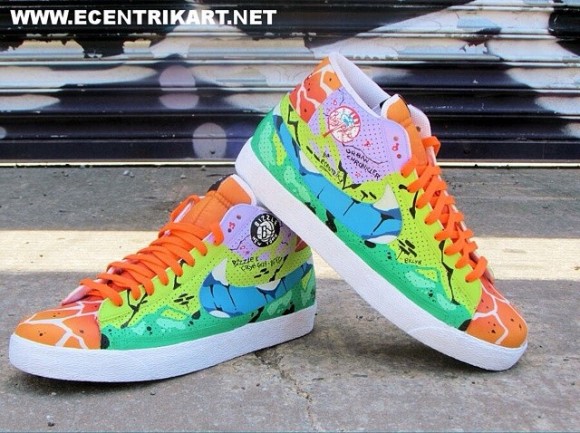 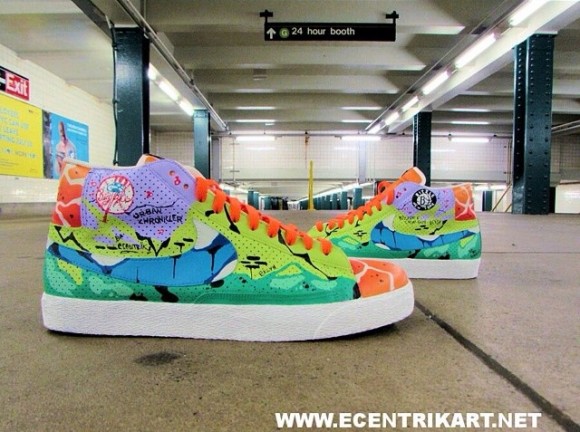 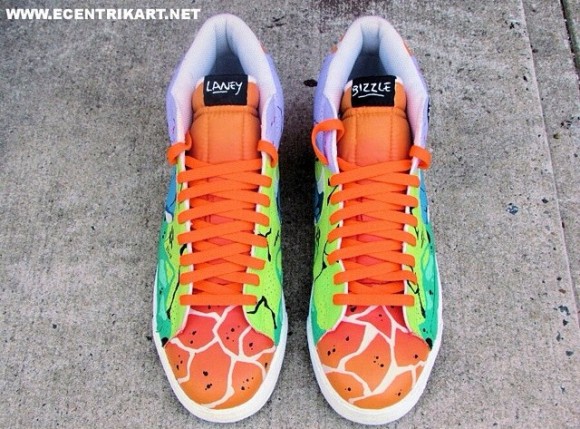