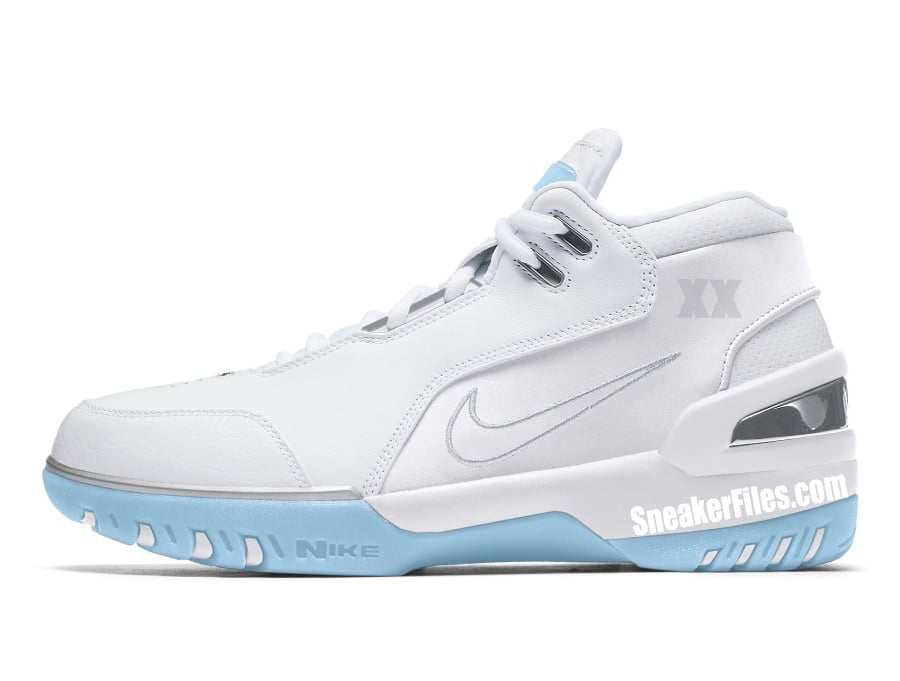 It looks like Nike, and LeBron James will celebrate the 20th Anniversary of his signature line with the Nike Air Zoom Generation ‘20th Anniversary’ iteration during Holiday 2022.

LeBron James’ first signature shoe, the Air Zoom Generation, was initially released in 2003. Although 2023 will mark the 20th Anniversary, Nike Basketball will celebrate early. However, this pair may get pushed to next year with all the release delays.

This Nike Air Zoom Generation comes dressed in a White, Pure Platinum, and Blue Tint color combination. Currently, images have yet to leak. However, the photo used is an accurate mock-up of what’s releasing. Although not confirmed to celebrate the 20th Anniversary of LeBron’s signature line, there are a few details that point to the occasion.

First, we have the predominant White upper, typically a shade used to celebrate the 20th Anniversary. Next, and probably the biggest giveaway, is the ‘XX’ on the ankle, which is 20 in Roman Numerals. Other highlights include Chrome detailing and Blue tint on the tongue and rubber outsole.

You can expect the Nike Air Zoom Generation ’20th Anniversary’ to release at select retailers and Nike.com during the Holiday 2022 season. The retail price is $190. Once we have more information, we will make sure to update you.

The image used is an accurate mock-up of the ’20th Anniversary’ Air Zoom Generation.