If you were heavy into the sneaker game back in 1995, you probably had the Black/White or White/Red-Black versions of the Nike Air Way Up. As previously worn by NBA greats like Scottie Pippen, Dennis Rodman, and Kevin Garnett, this ’90s basketball sneaker will make a return next year.

Often compared to original Nike Air Penny with its shared “wing” design, today brings a preview of a few colorways that you can expect to see in the coming months. From a blue digital camouflage mock up to a red/white pair, these guard-inspired kicks will feature nubuck uppers, Air Max cushioning at the heel, and contrast signature branding reminiscent to the OG pairs seen years ago.

Only a preview, there’s likely to be more from the 2013 Nike Air Way Up collection. Keep it here at Sneaker Files for more news on a release date. 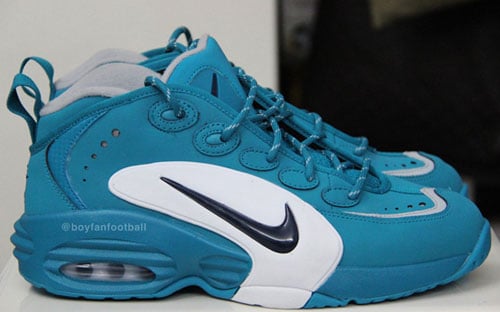