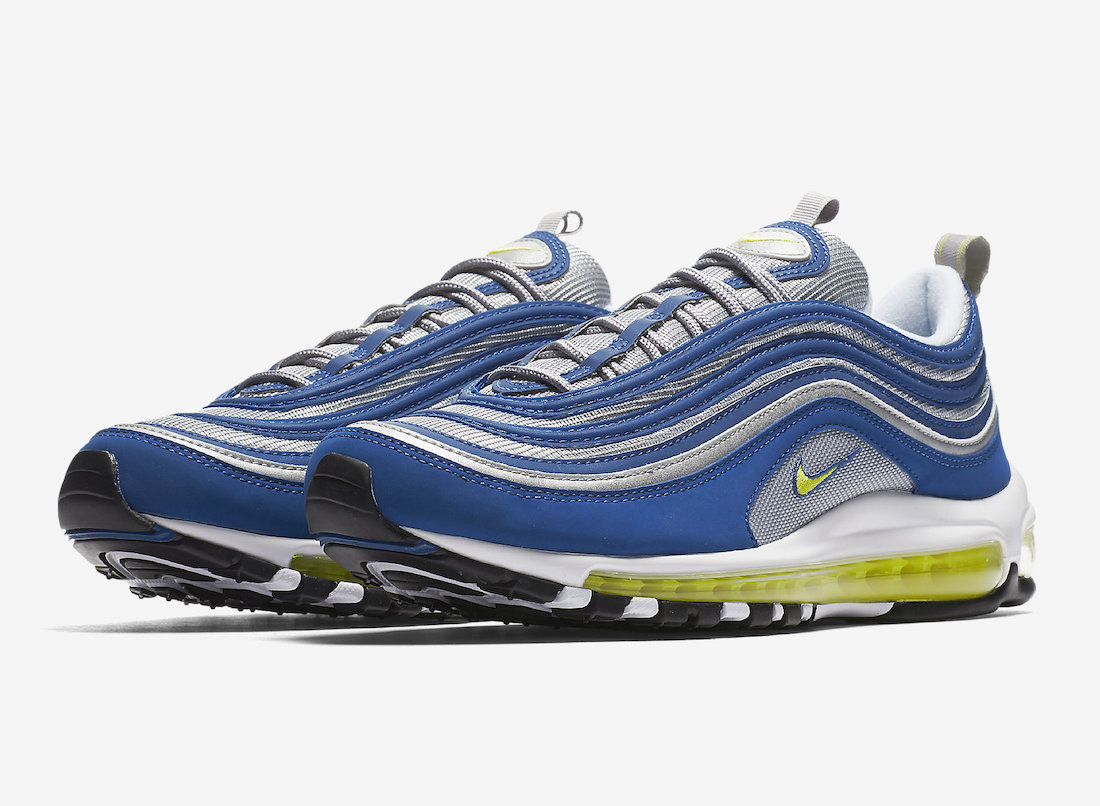 The Nike Air Max 97 ‘Atlantic Blue’ was last seen in 2017 for its 20th Anniversary. For fans of the pair or if you want a fresh one, it will return in 2022 to celebrate its 25th Anniversary.

This Nike Air Max 97 will feature an Atlantic Blue, White, Metallic Silver, and Voltage Yellow color combination, which is the original scheme. Utilizing Silver mesh on the base while Blue nubuck appears on the overlays. Next, Voltage Yellow adorns the Swoosh on the side, tongue, heel, and placed within the Air Max unit. Other details include White on the midsole and a Black rubber outsole.

You can expect the Nike Air Max 97 ‘Atlantic Blue’ to release at select retailers and Nike.com during the early part of 2022. The retail price is $180. Once we have more information, we will make sure to update you. For now, check out images of the 2017 release below. 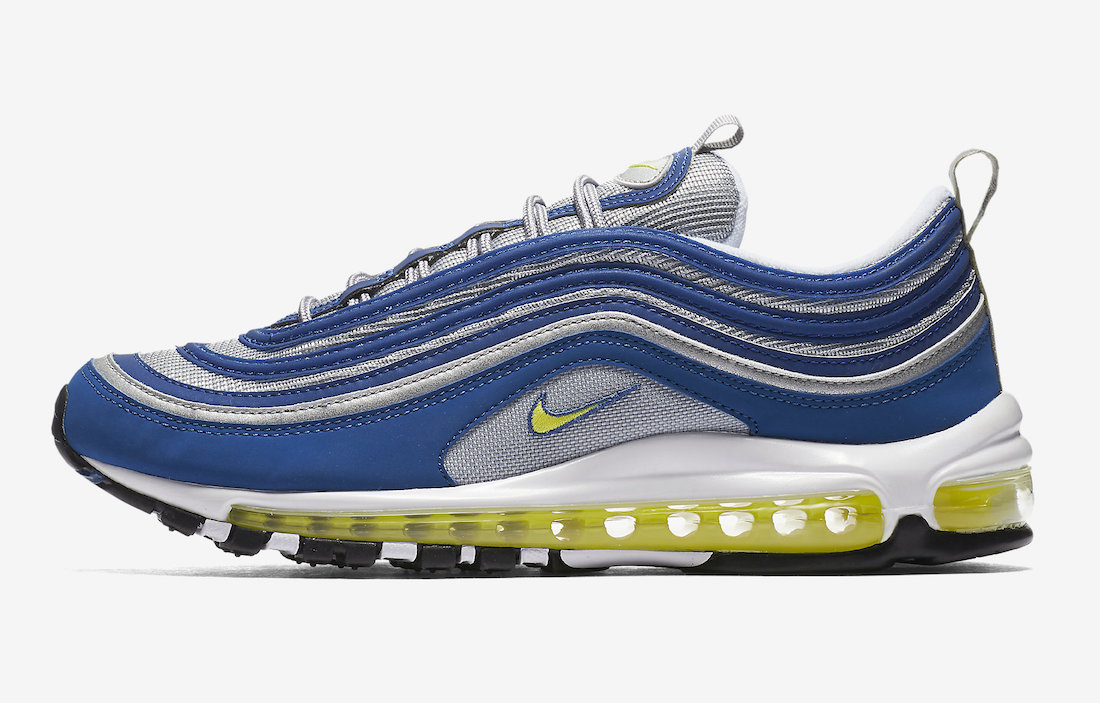 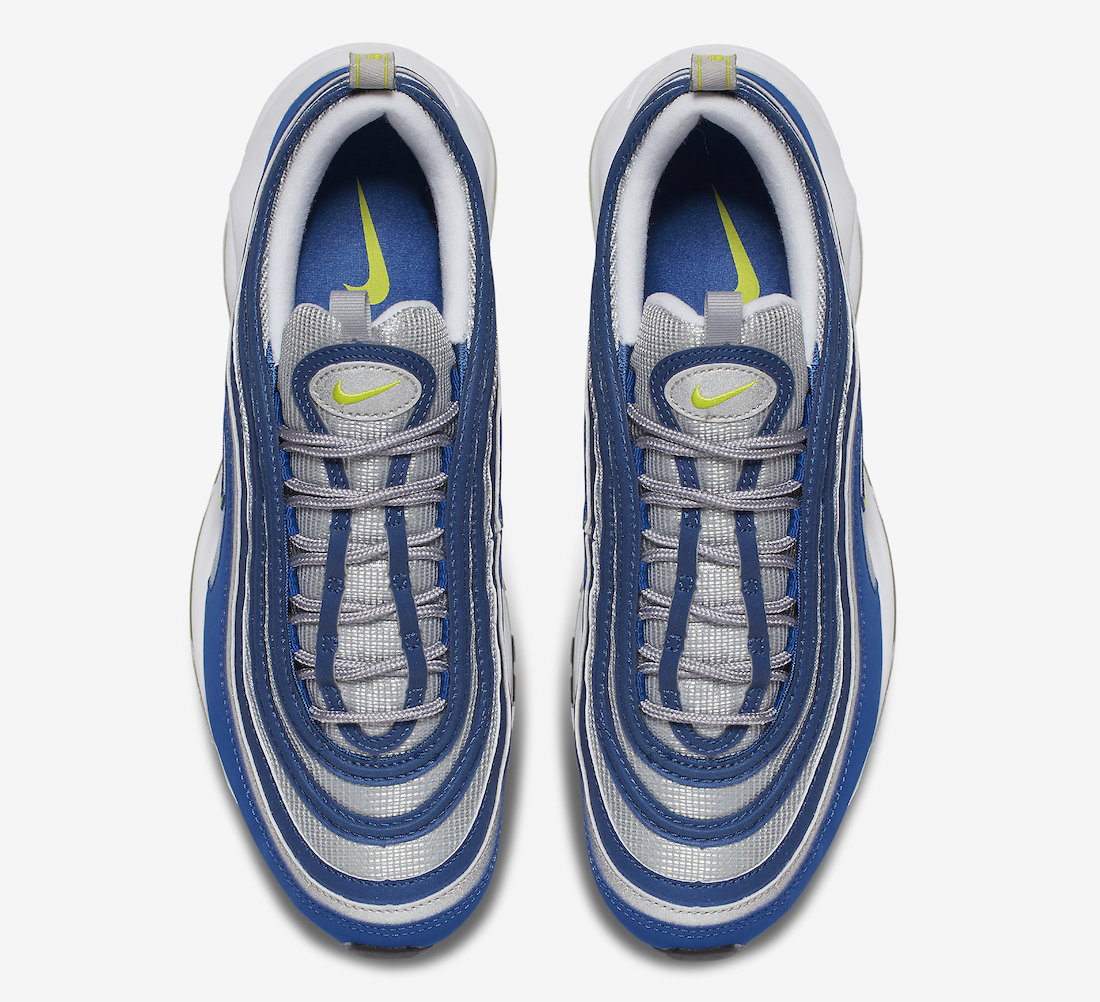 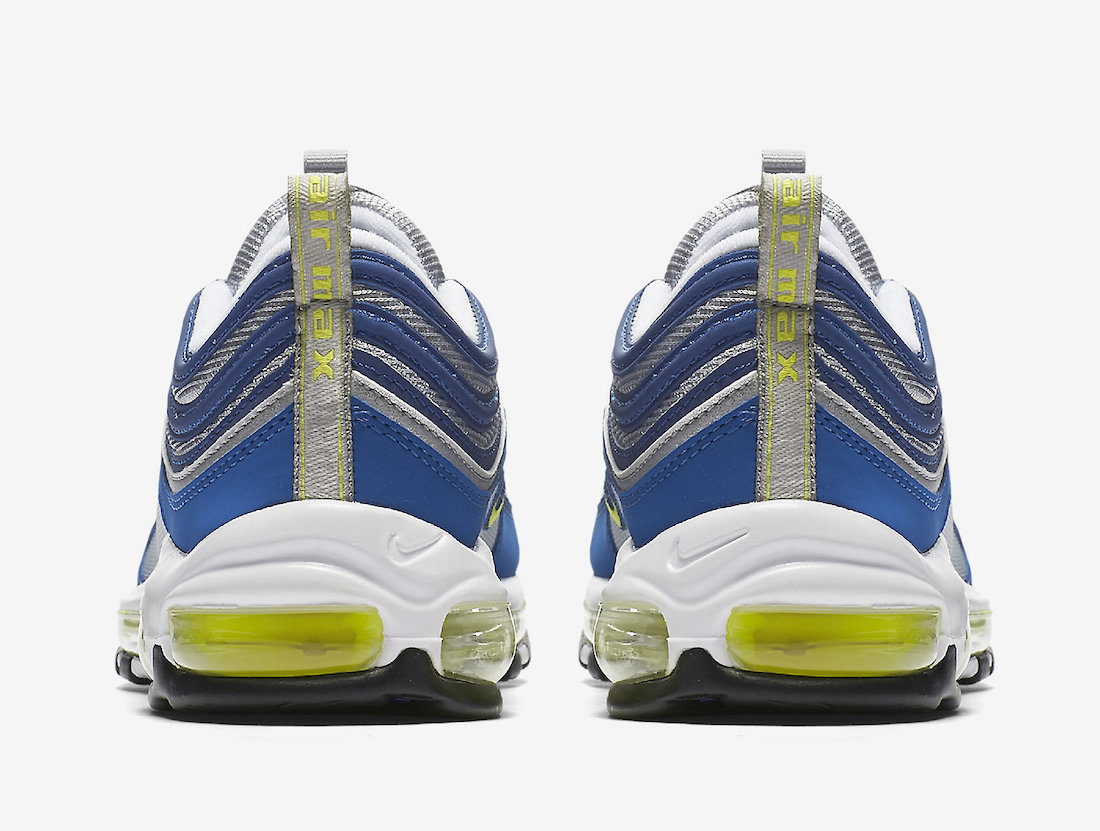 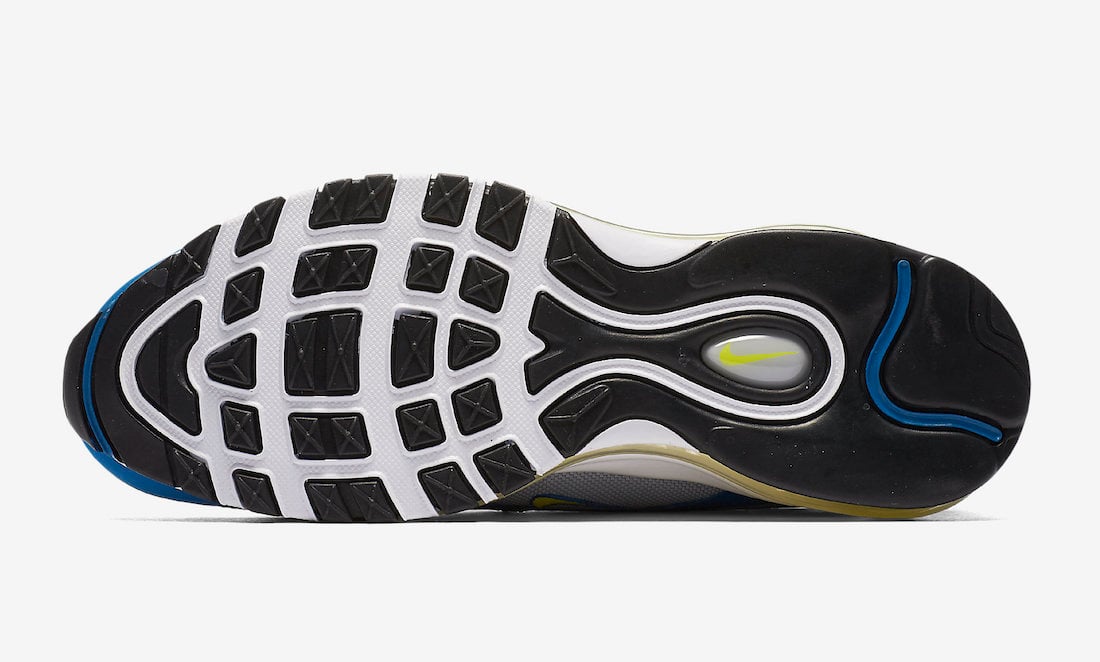