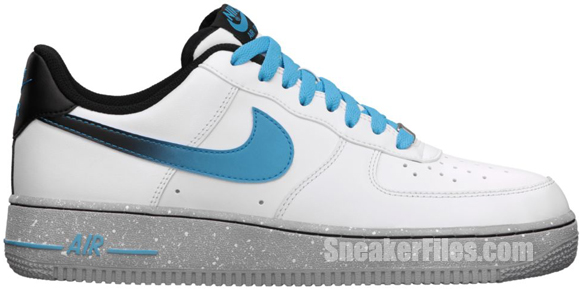 Like many of its counterparts, this low-top silhouette will come made with smooth leather uppers and feature current blue accents throughout including its gradient Swoosh, lace set and midsole. However, at the midsole, you’ll notice a speckled design which makes for a more inviting appearance. All in all, these kicks are sick!

Look for this colorway and others to release for $90 beginning November 15th.