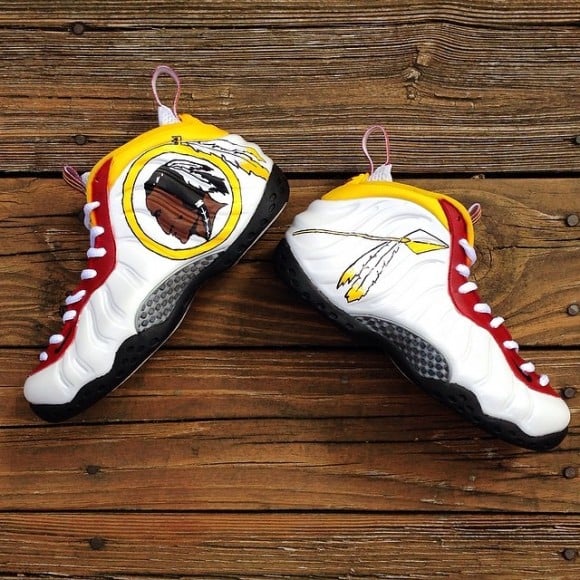 A lot of buzz has been generating around the NFL, with recent, tentative game schedules beginning to appear online. Aside from that, a little more buzz has surrounded the Washington, D.C. Redskins, with discussion of upcoming plans and changes to take place with the team this coming 2014 season. Showing nothing but love for the team, is sneaker artist, Kreative Custom Kicks, attacking another pair of Nike Air Foamposites.

The Nike Air Foamposites “Redskins” customs by Kreative Custom Kicks have the Redskins branding and logo on white uppers, with maroon and yellow accents. The artwork done by Kreative is of the Redskins chief and yellow-gold spear on the side of the shoes. The Redskins symbols make strong appearances on the clean, canvas-like uppers. Keeping things simple with the black outsoles on the bottom, the maroon that covers the lace holes provide great framing qualities for the artwork that is present on the shoes. Golden yellow takes over the ankle collars, matching the yellow that is found on the uppers.

Kreative Custom Kicks always murders the Air Foamposites, with his past customs like the “Walk On Water” project he did a while back. But these are the perfect kicks for any Redskins die hard! Let us know what you think of these latest customs in the comments! More photos below! 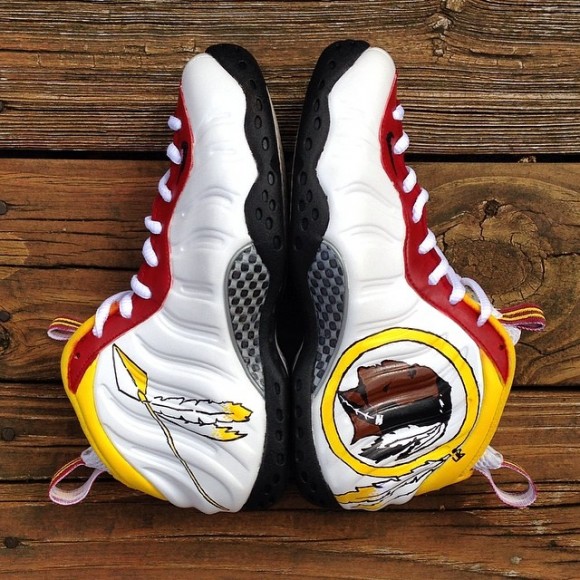 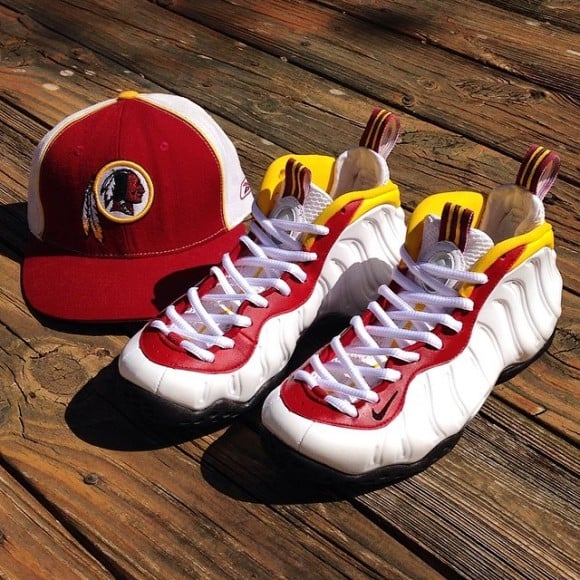