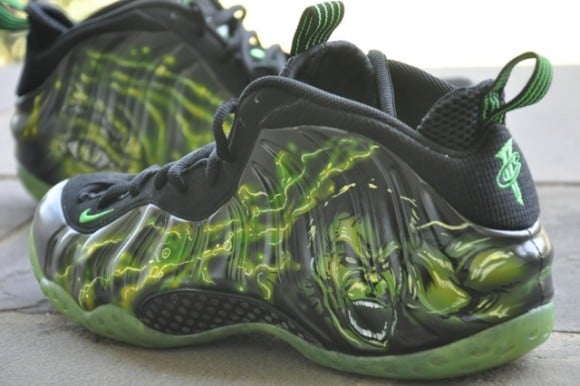 Using the Incredible Hulk as his muse, DEZ Customz has created this visually stimulating pair of Nike Air Foamposite One “Gamma Radiation Hulk” customs. Flush with the application of some eye catching gamma rays flying wildly throughout the Foamposite silhouette, DEZ also incorporates the Hulk himself into his latest body of work as both his face and eye are prominently placed on each of the shoes respectively. No one wants to see the Hulk when he’s angry. But this time around, he puts his temper aside for the sake of sneaker art. Check out a few more looks after the jump and be sure to keep it locked to SneakerFiles for more custom gems. 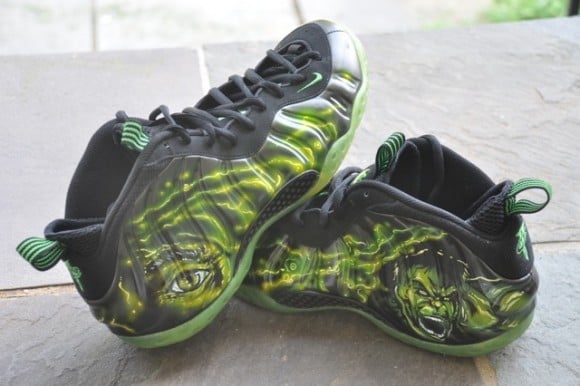 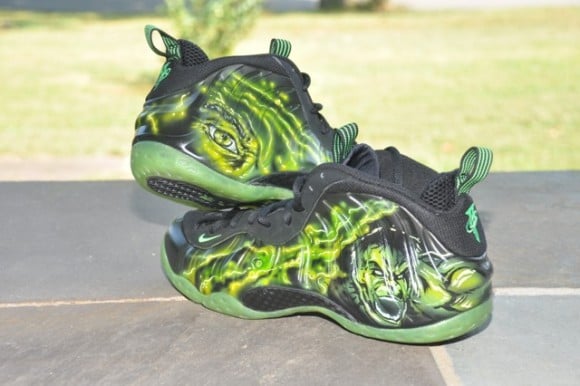