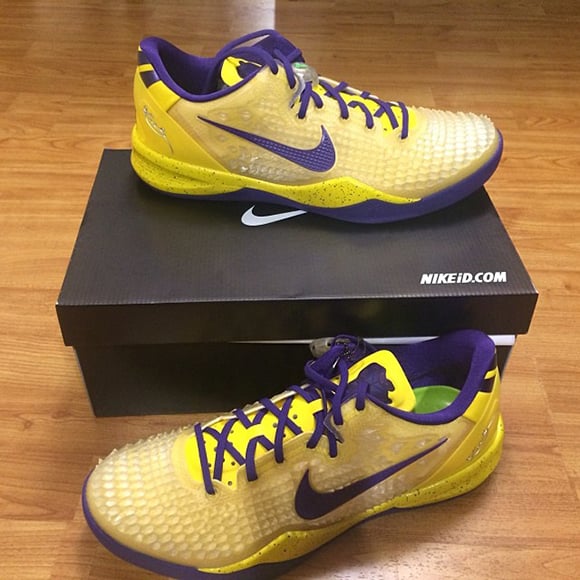 Although leading the way in scoring with 28 points, Nick Young and his Los Angeles Lakers fell to the Cavs by 2 points last night at the Staples Center. Young probably isn’t too happy about the loss, but not everything was horrible in the fact that he was able to pull out some dope new iD’s. After seeing J.R’s spin on the KD VI (6), we now have an official release of a Kobe 8 PE with Nick Young’s new kicks. The translucent “Shedding Skin” texture was applied to the body of the kicks while Laker yellow was used on the tongue, heel panel and purple-speckled midsole. The deep purple takes over on the laces, outsole and inner lining on these Nike’s. I’m sure this isn’t the last we will see of the Nike iD player program, but to scoop up your Swaggy P PE’s of the Kobe 8 head over to Nike online now.

How do Nick Young’s Kobe 8’s match up with J.R. Smith’s KD 6’s? Tell us in the comments section below and stay tuned to Sneakerfiles for release dates and much more!