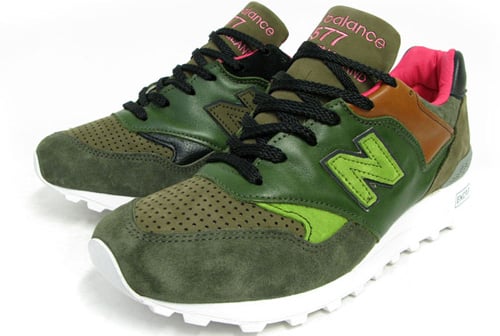 Special color ways of the New Balance 577 were produced for the Israeli army, which were black and charcoal, and released in the 1990’s.

The New Balance 577 was reissued in 2002 in Europe and was made with full-grain leather. It was also reissued in Japan.