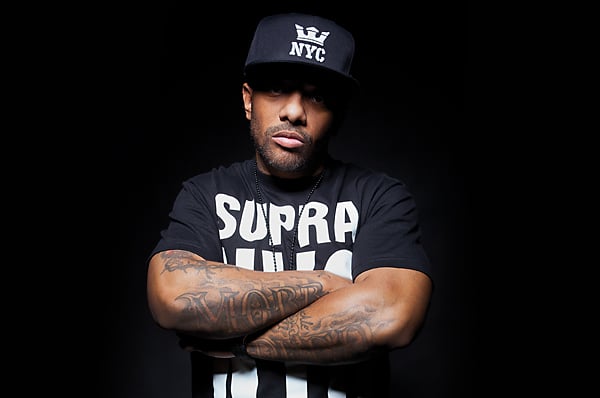 He’s given hip-hop timeless classics and has served as an influential artist to music in many ways. Today, Prodigy, 1/2 of the infamous Mobb Deep, was appointed SUPRA Brand Ambassador.

This may come as a surprise for some, but as the facts may prove, Prodigy has served as a friend and supporter to the SUPRA footwear brand for many years. This accomplishment for the Long Island native comes at a great time as he gears up to release his latest album, H.N.I.C. 3, available today.

To kick off the collaboration between the two, Prodigy will be at SUPRA NYC, the New York City flagship store, for an in-store signing of his new album. “The first 50 people to arrive at SUPRA NYC on Tuesday will receive free SUPRA x H.N.I.C. 3 t-shirts. Prodigy will also be autographing a limited number of free, Complex magazine mix tapes during this in-store appearance.”

Check out the event flyer below and head down to SUPRA Presents Prodigy of Mobb Deep today starting at 3pm if you’re in the NYC area. 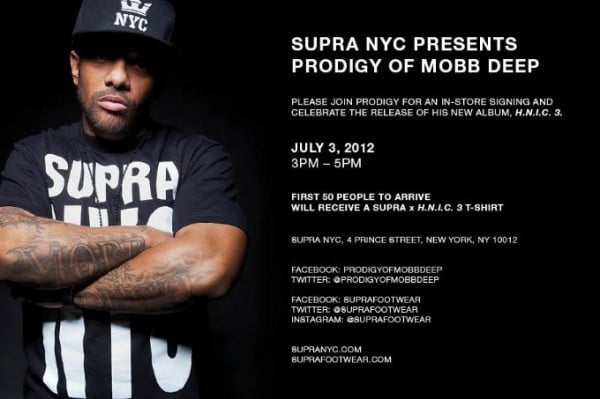