Minus the unfortunate loss last night against the Oklahoma City Thunder, the Spurs’ forward/center Matt Bonner is celebrating his new home, with adidas Basketball.

Prior to the game, adidas Basketball announced their newest protegee who at one point wore New Balance as an unpaid endorser of that brand. And then there’s Converse who he admits to wearing until they fell apart. Let’s just say adidas came to the rescue with this one and at a great time where the Spurs look to make another Finals run after the All-Star game. While details of the endorsement were not disclosed, Bonner joins the likes other players like Tim Duncan and Nando De Colo who are also Team adidas.

So what were his game day kicks? That’s right, the adidas Crazy 8! Check them out below and keep it here at Sneaker Files for any upcoming Matt Bonner PE’s. 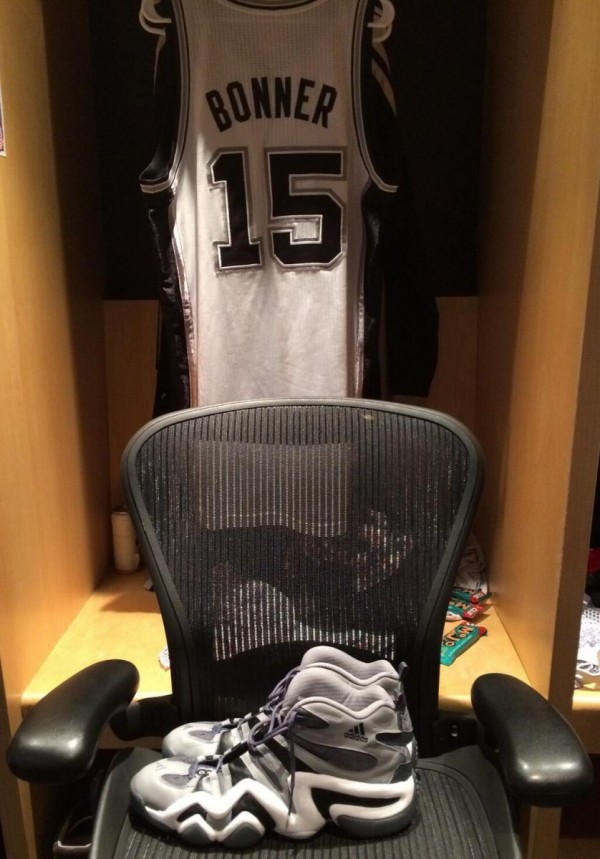