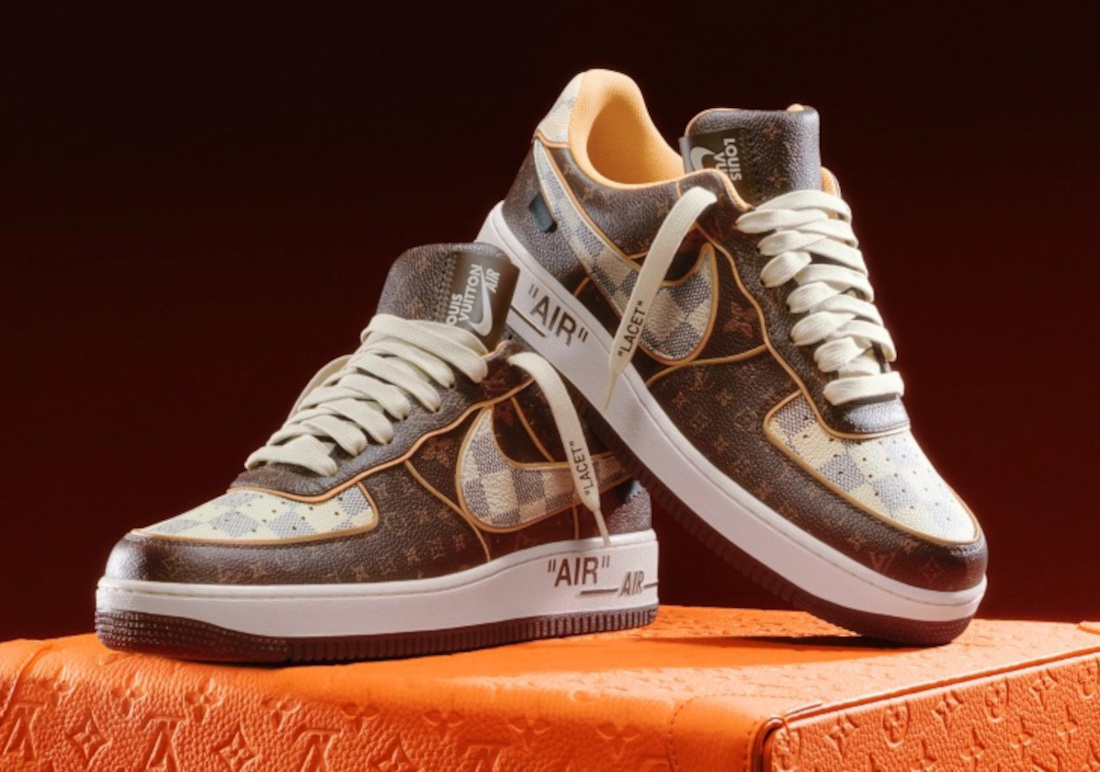 Recently, we showcased multiple F&F colorways of the Louis Vuitton x Nike Air Force 1 Low that was gifted to friends and family of the late Virgil Abloh, a public release will occur via auction thanks to Sotheby’s auction.

A total of 200 pairs of the Louis Vuitton Nike Air Force 1 will be available through the auction in an exclusive colorway and a range of sizes. The sneakers, entirely made in leather, are embellished with Louis Vuitton’s emblematic Monogram and Damier patterns with natural cowhide piping. Each pair will be sold with an Orange Louis Vuitton pilot case with Louis Vuitton’s classic S lock closure in White and includes a luggage tag that forms a Nike Swoosh.

All proceeds from the sale will benefit The Virgil Abloh ‘Post-Modern’ Scholarship Fund, which is for Black fashion students.

The Louis Vuitton x Nike Air Force 1 is limited to 200 pairs and will be auctioned off at sothebys.com. The action starts on January 26th and will run until February 8th. Sizes range between 5 and 18.

A wider release of the Louis Vuitton Air Force 1 is expected to take place later this season exclusively through Louis Vuitton. The Friends and Family colorways that include Yellow, Blue, and Purple will not release to the public. Below, you can check out more photos that will give you a closer look. 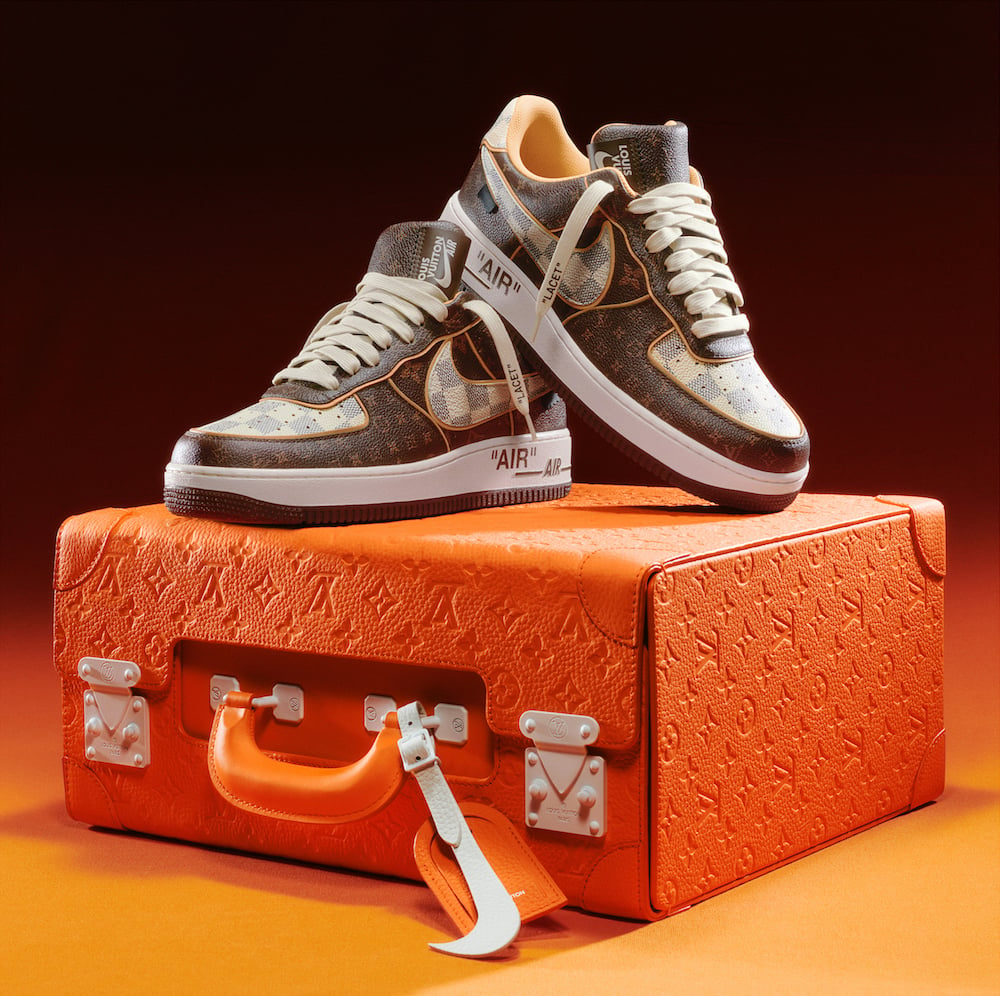 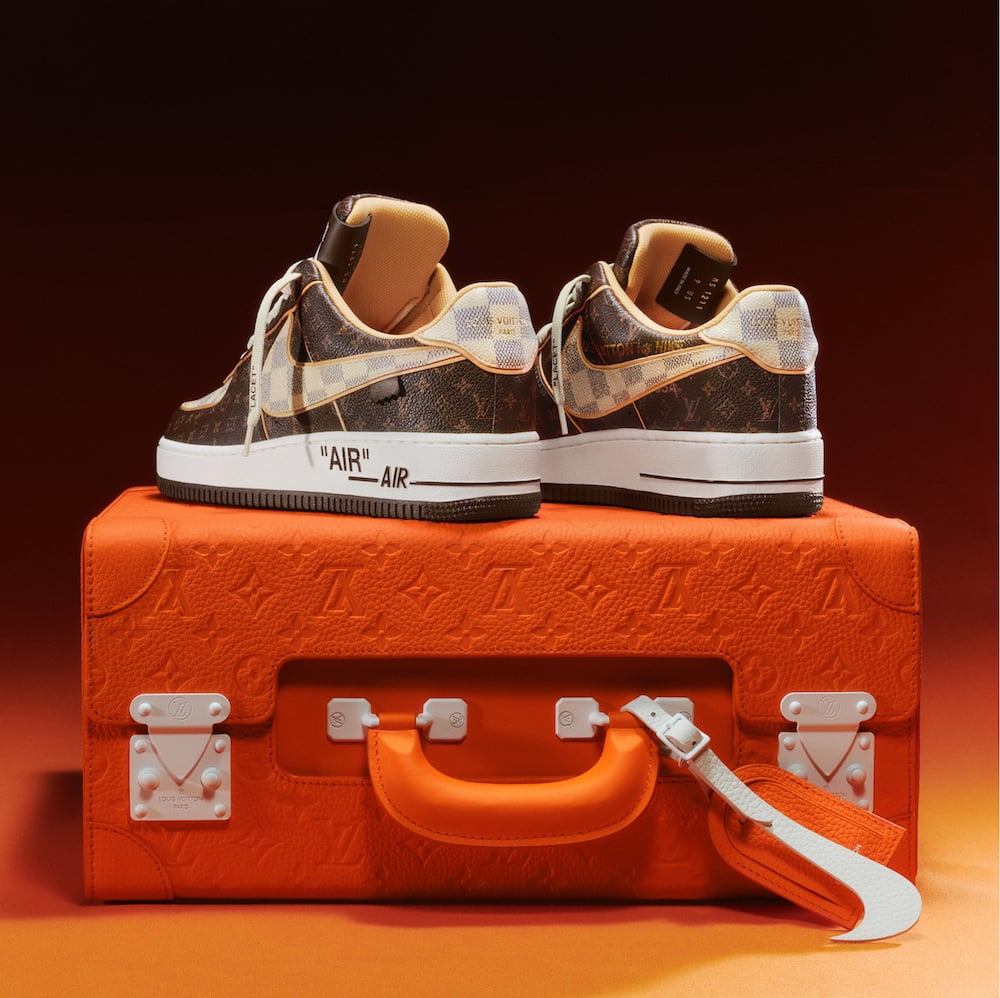 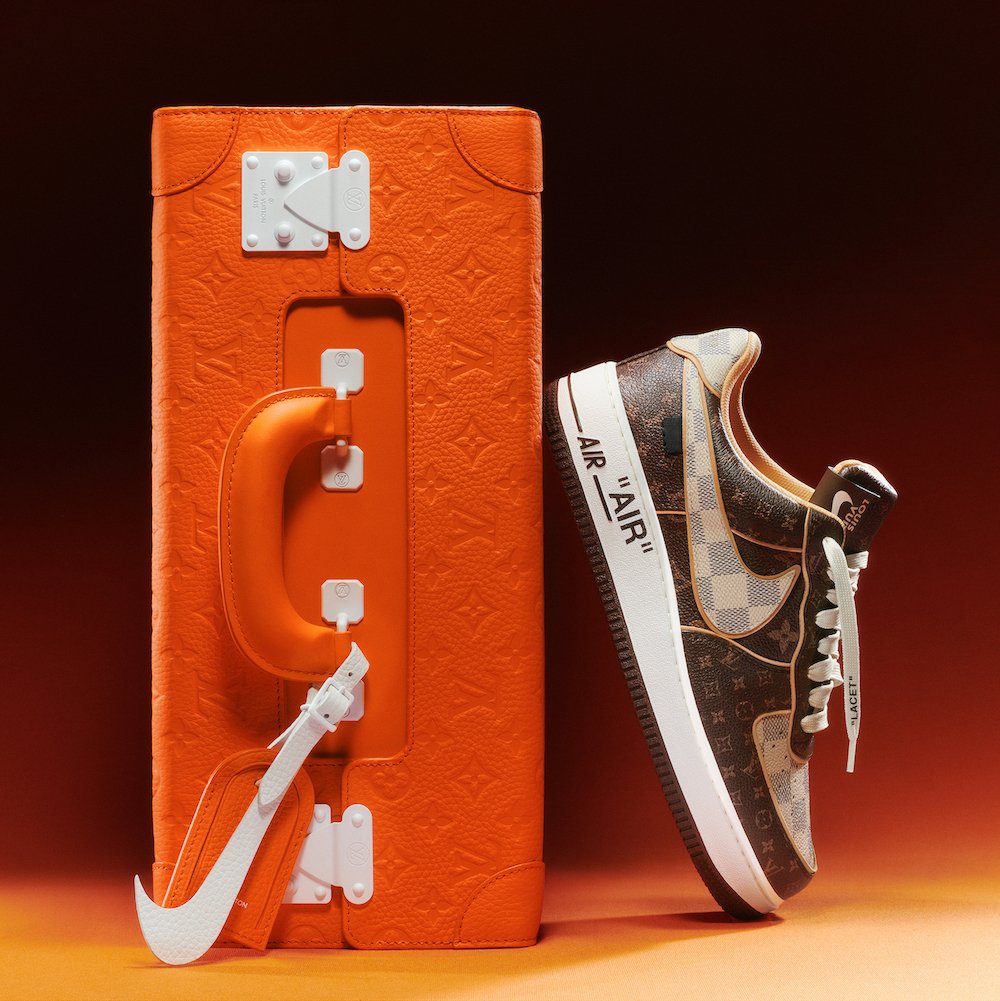 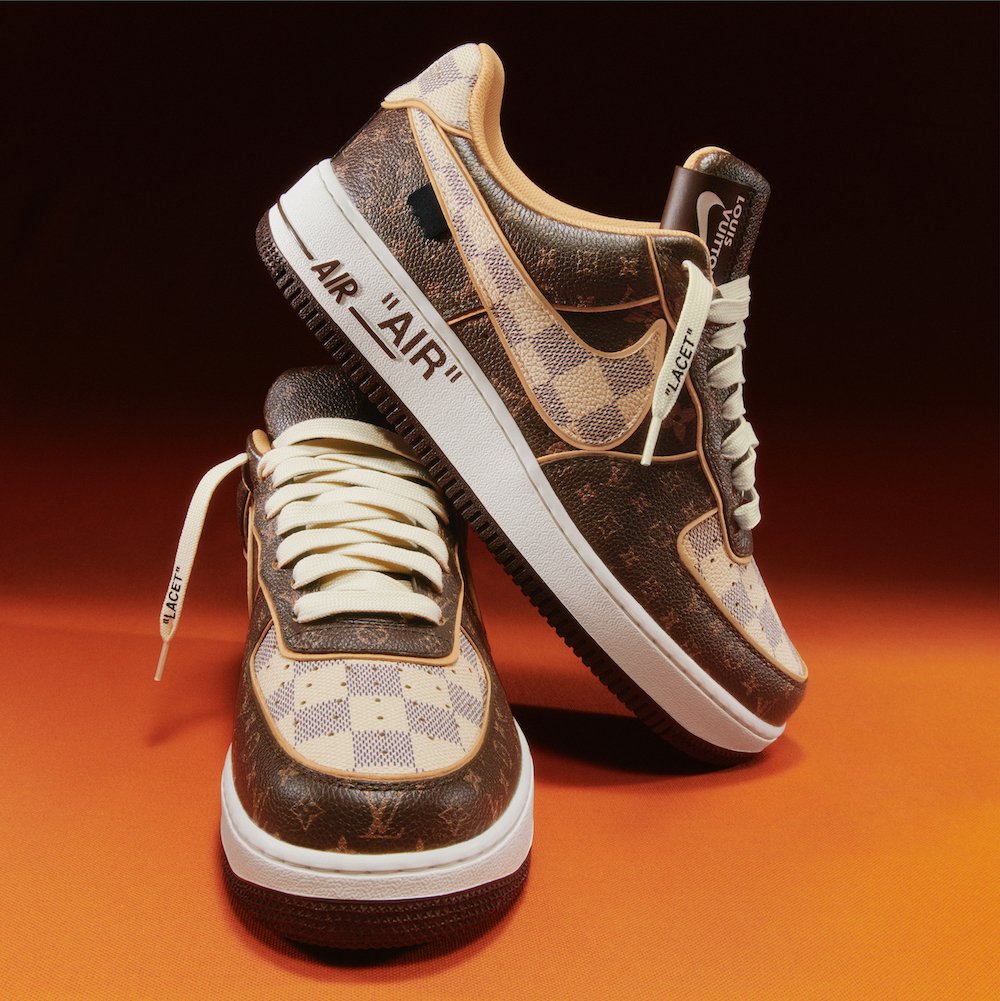 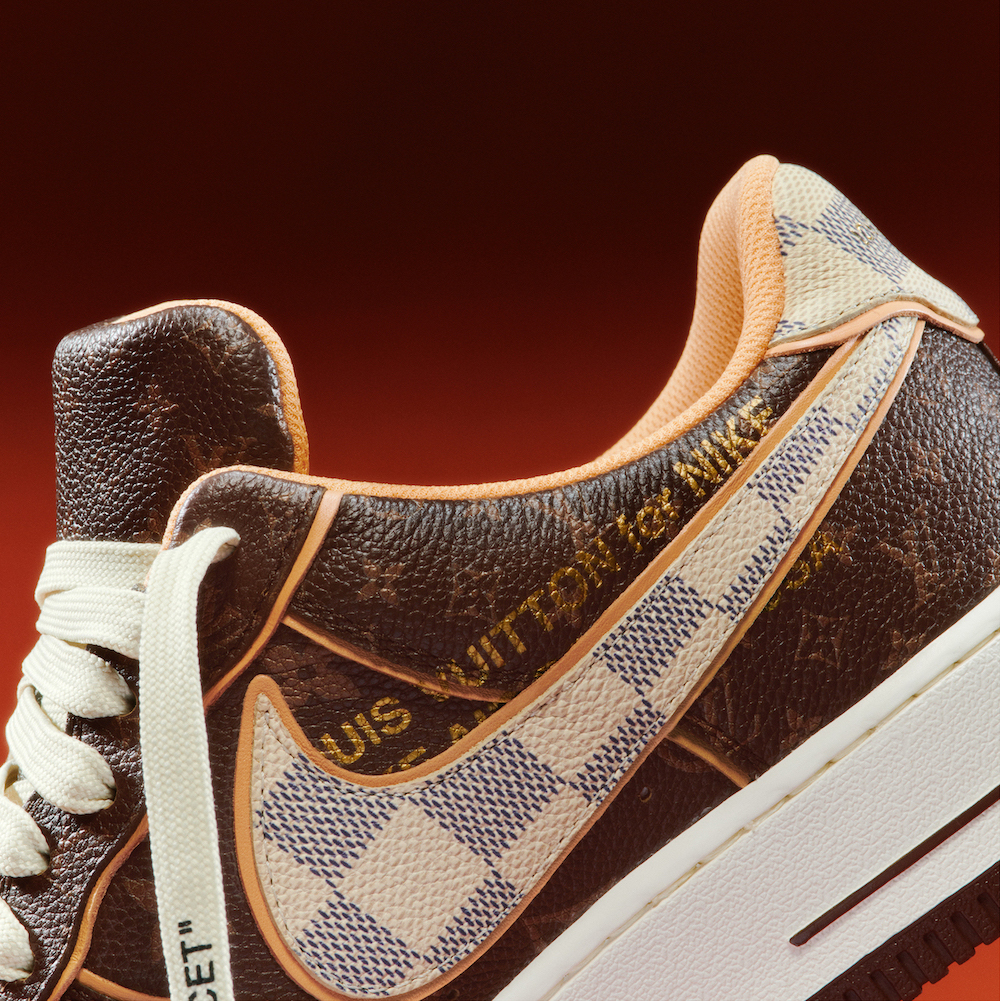 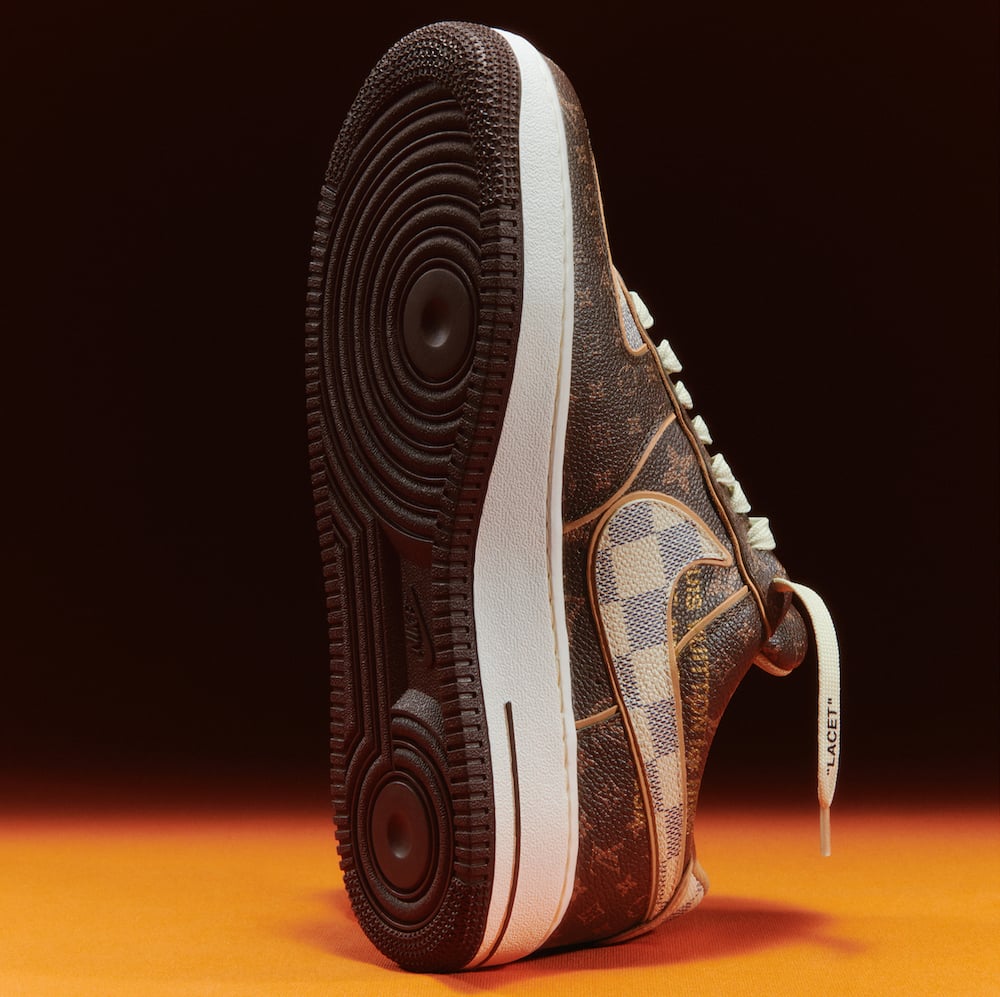 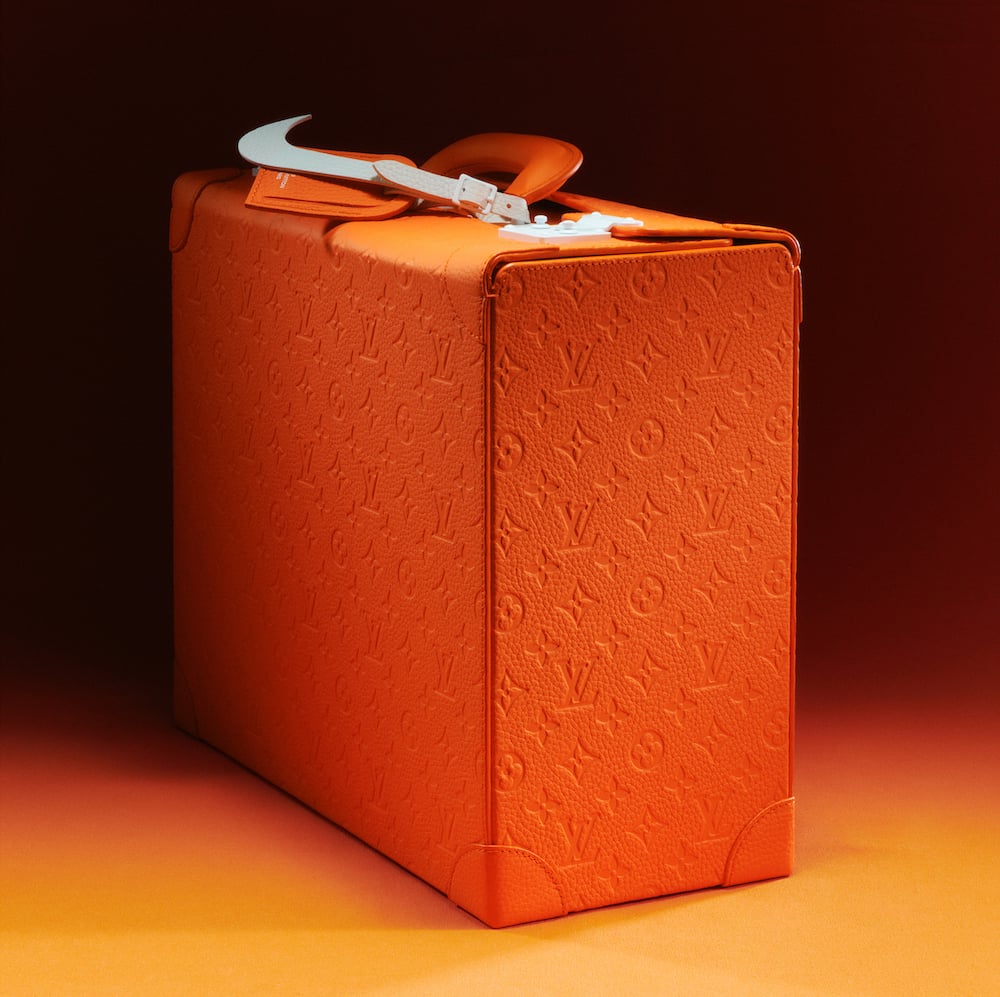 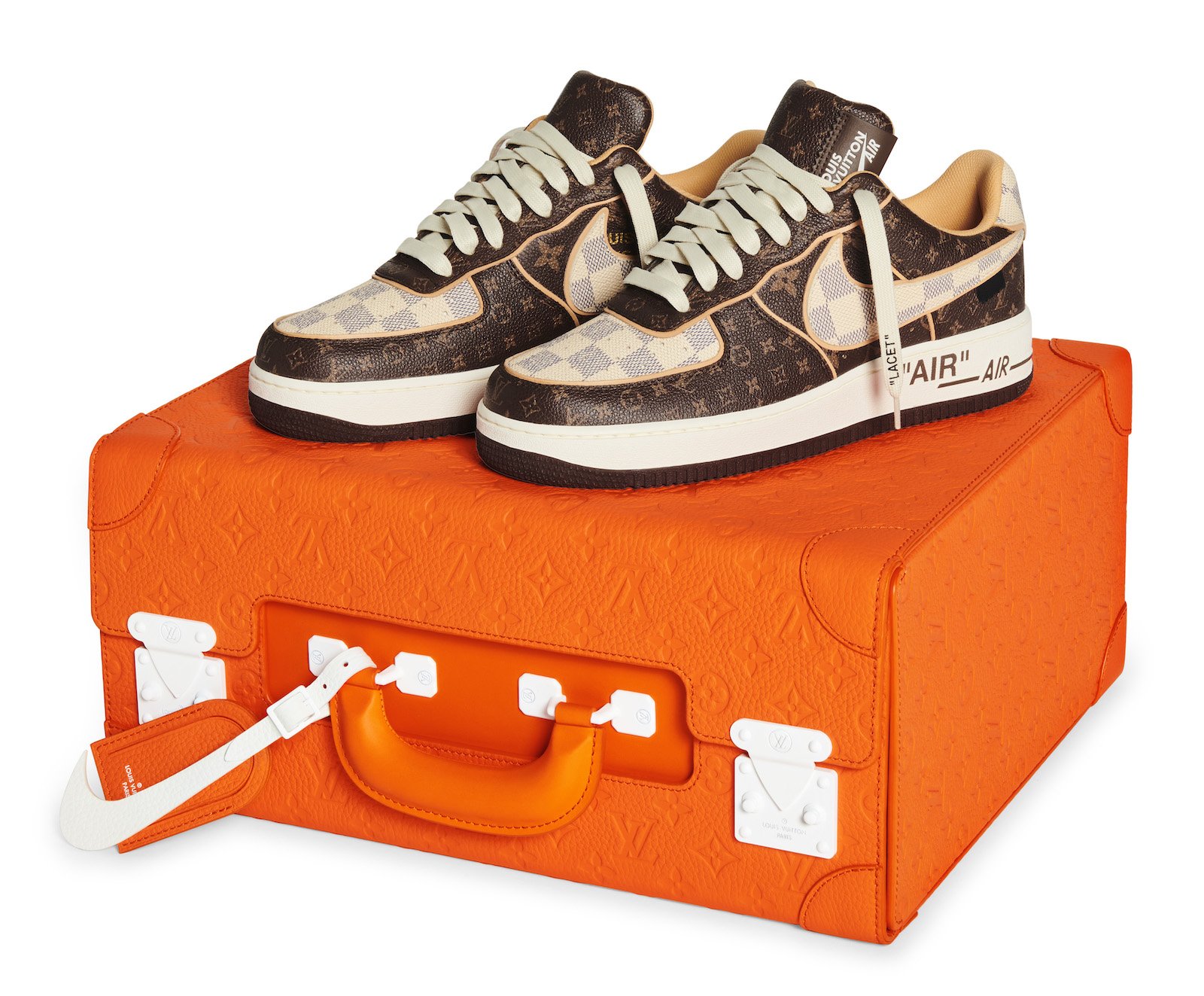 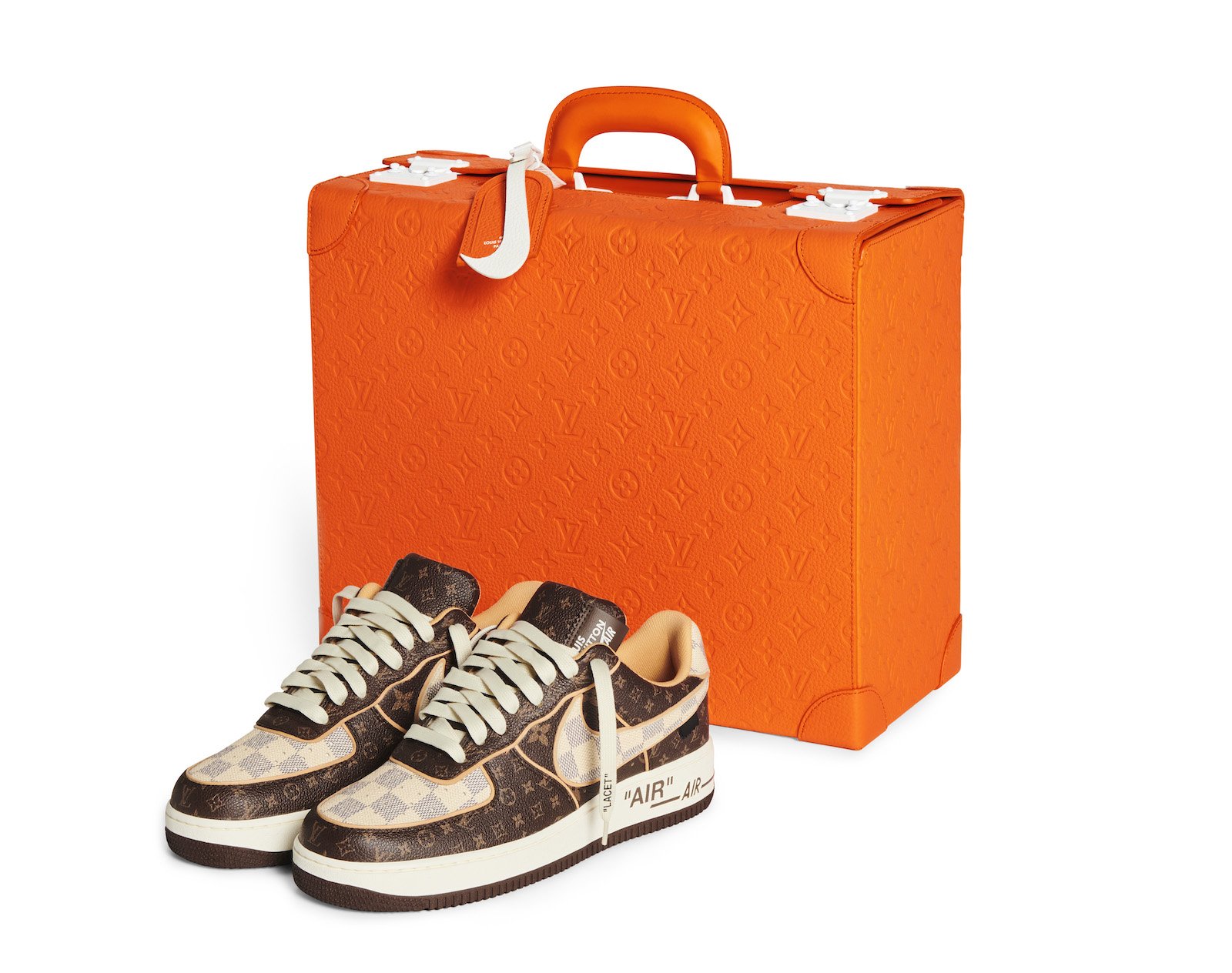 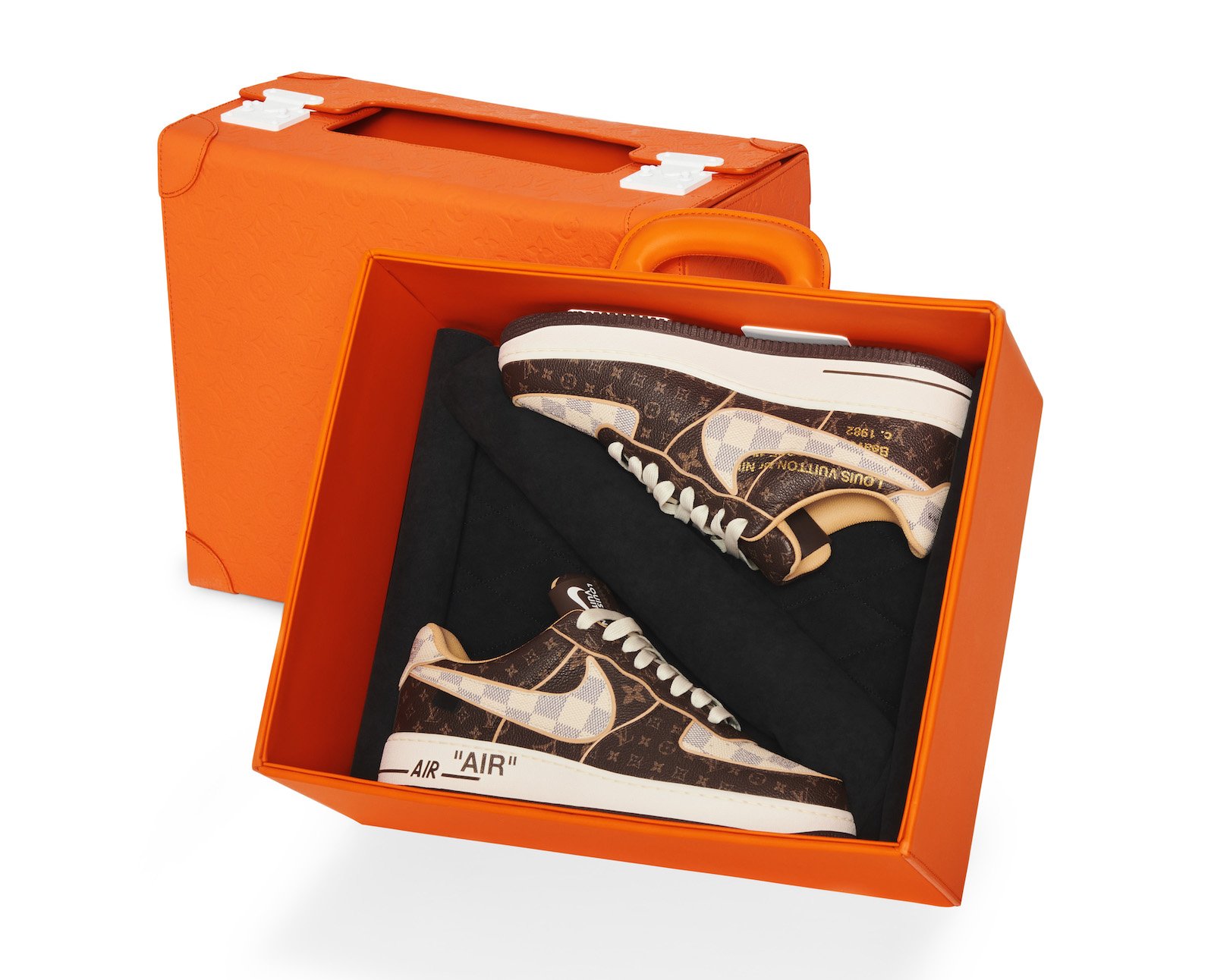 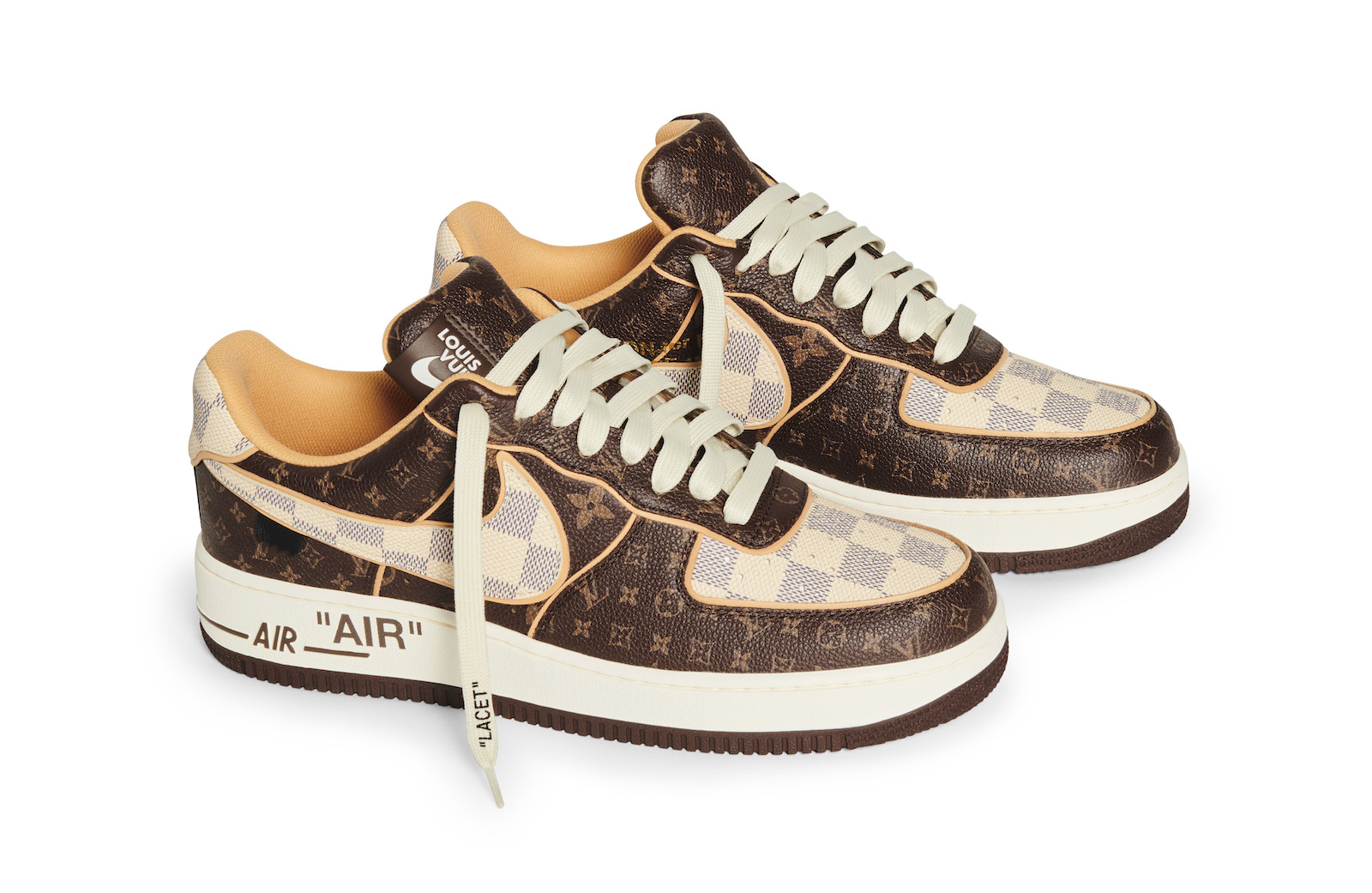 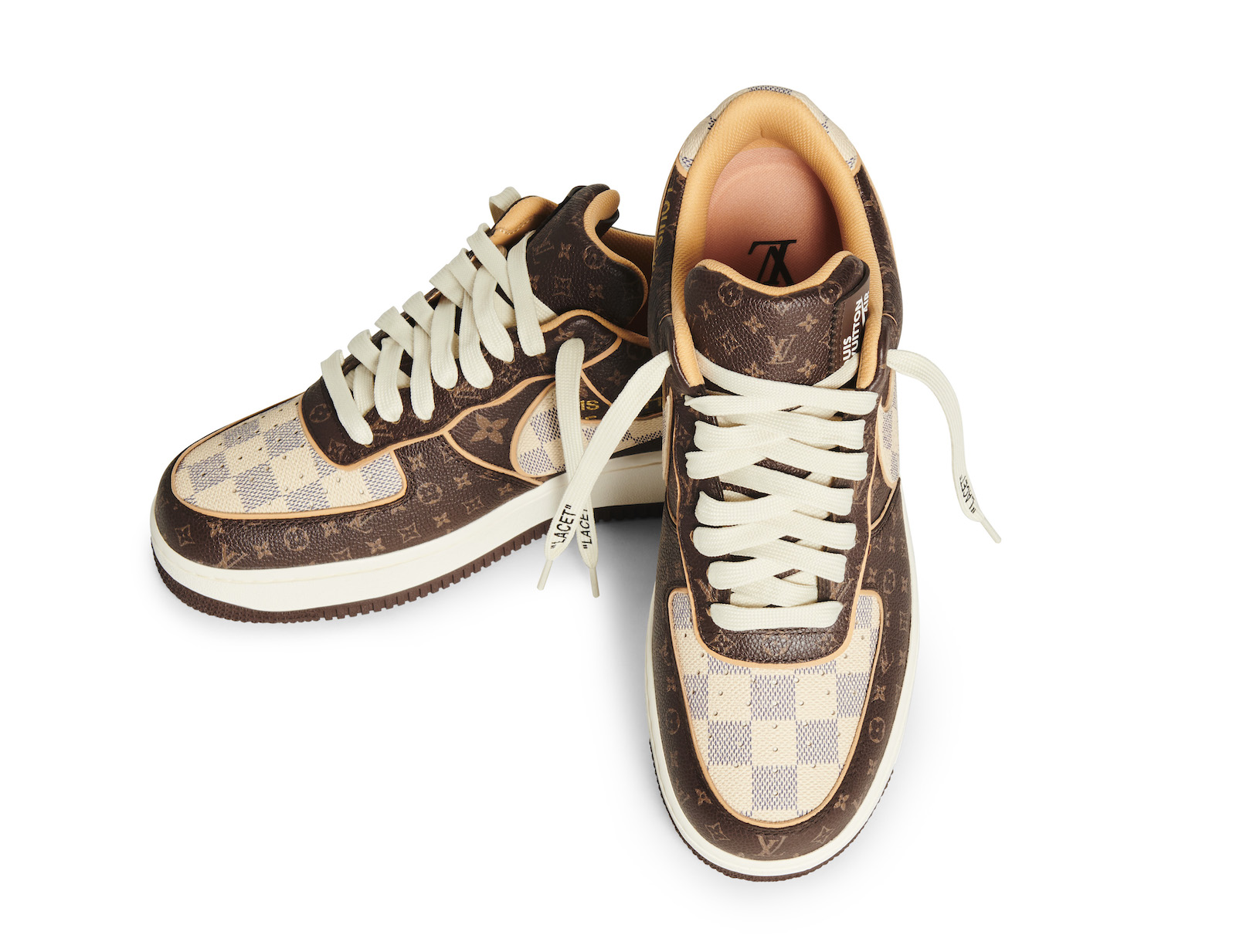 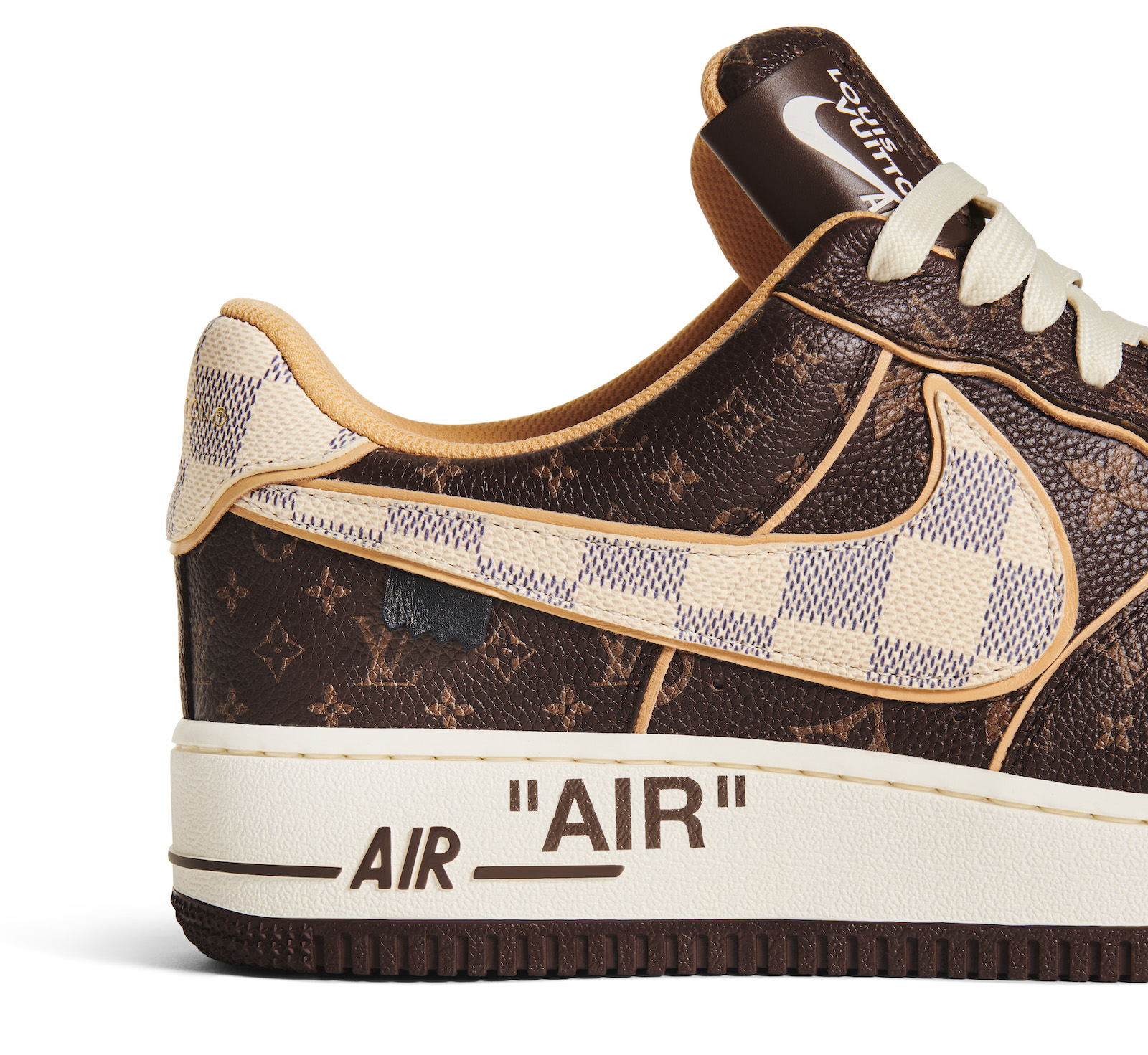 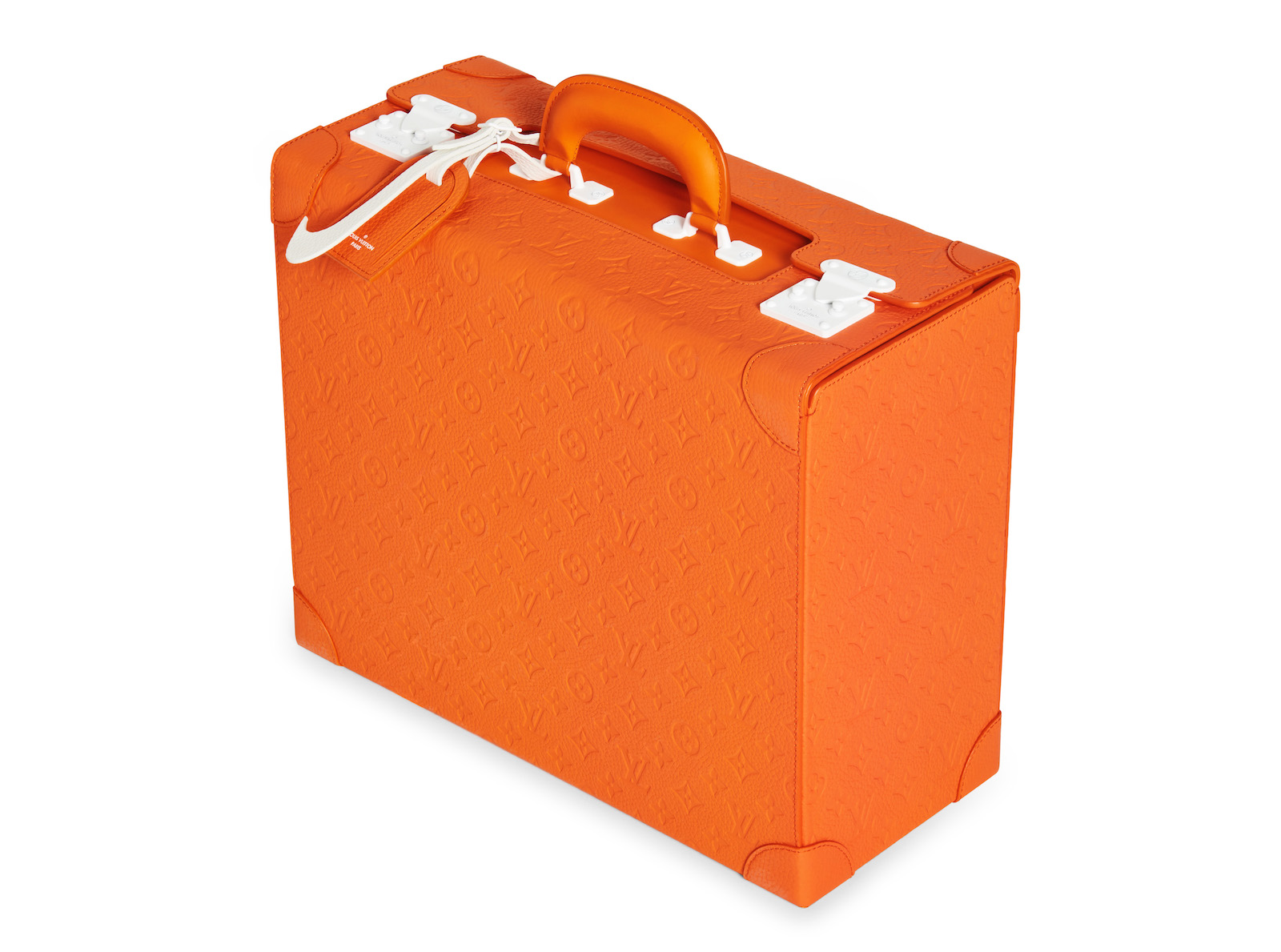 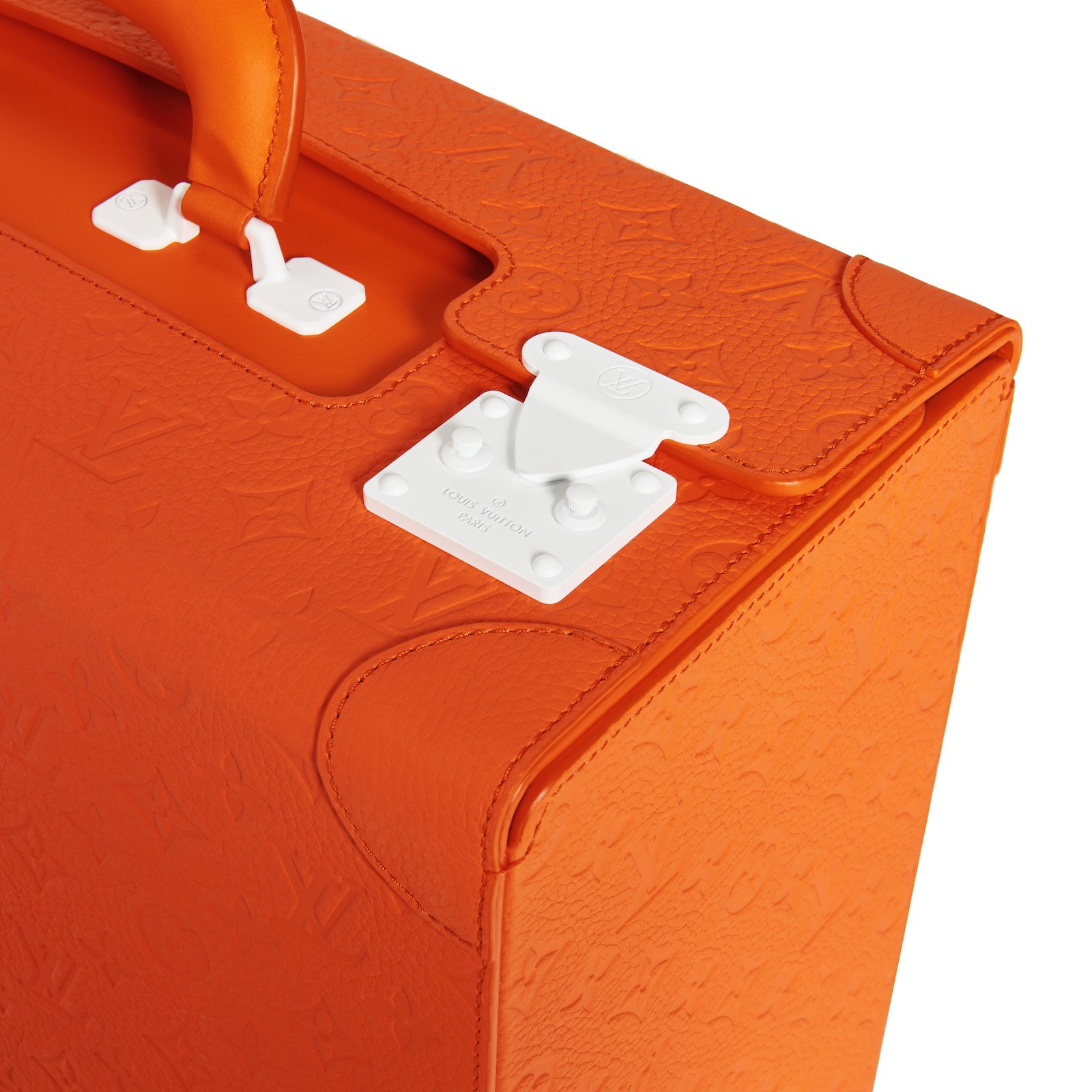