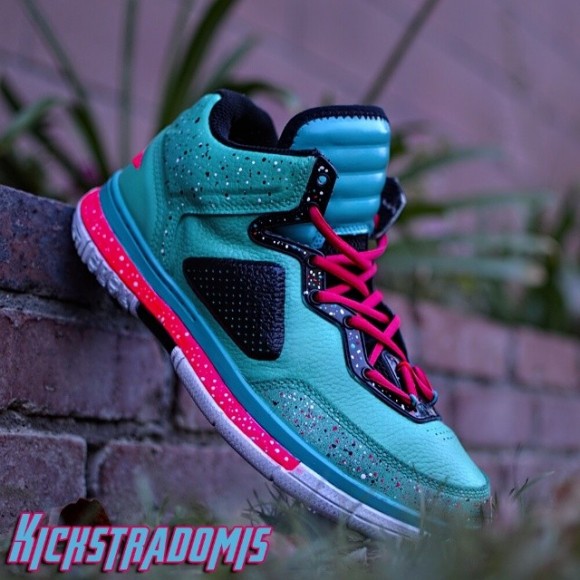 Dwayne Wade’s footwear partnership with Japanese-based brand, Li-Ning, has received rave reviews for fans, and have already garnered him a niche market based on the distinctive and eye-popping colorways of the shoes. Taking it back to the OG sneaker model from this ongoing collaboration, is Kickstradomis, who has whipped up a pair of customs donning a South Beach theme.

The Li-Ning Way of Wade “Miami Vice” have turquoise colored uppers, with pops of pink accents appearing throughout the sneakers. The toe box and the top portion of the rear see black, white and pink speckles allover, as well as the black lacing holes. The turquoise arrives again on the mudguard, speckle-free. Vivid pink makes its largest concentrated appearance with the midsoles, which the branding and lacing of the shoes. For finishing touches, the perforated midfoot panel comes in black, and the shoes are finished off with a white outsole.

We’ve seen a “Miami Vice” edition of the W.o.W. 2, but we love how well this particular sneaker model carries the bright tones. Kickstradomis wanted to stay true to Li-Ning’s notorious wild sense of style, and we think he did a job well done! Hit him up if you have kicks that need a little summer lovin’, and you’ll be sure to get some kicks that’ll make heads turn!