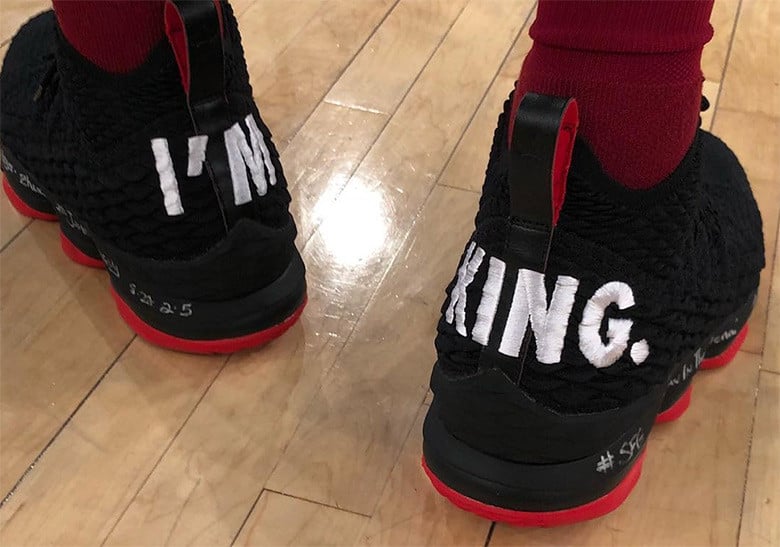 The King LeBron James has made a return to Madison Square garden, home of the New York Knicks, wearing a pair of Player Exclusive Nike LeBron 15s that were highlighted with the “I’m King” slogan on the heels.

Earlier in the NBA season, things got heated between LeBron James and the Knicks when LeBron posted on social media that he was the “King of New York” after a comeback victory over the New York Knicks. The Knicks Forward, Enes Kanter, took LeBron’s conquest of the Big Apple to heart and proceeded to take shots at James but failed to faze the King.

Recently, billboards went up in NYC calling out LeBron to back up his claim and play for the Orange and Blue. But, LeBron shows no intention of leading the New York Knicks with tonights appearance at the garden in the “I’m King” Nike LeBron 15 PE. Make sure to visit the comments section and let us know your thoughts on this bold statement. 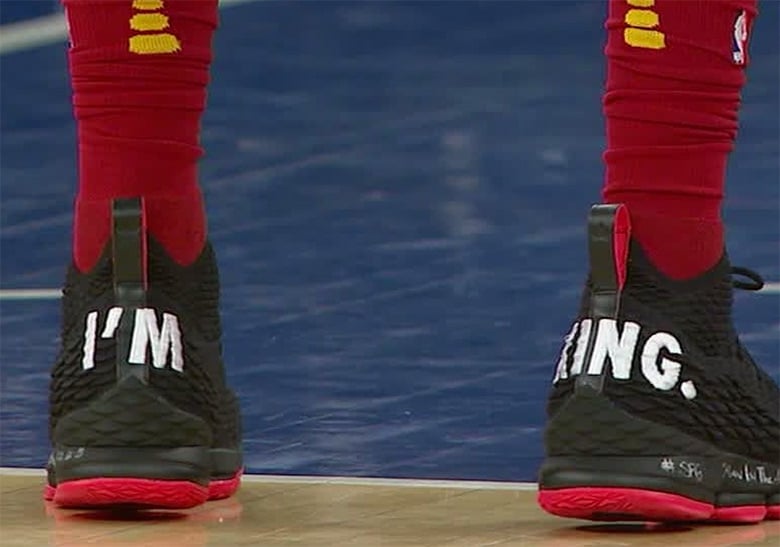