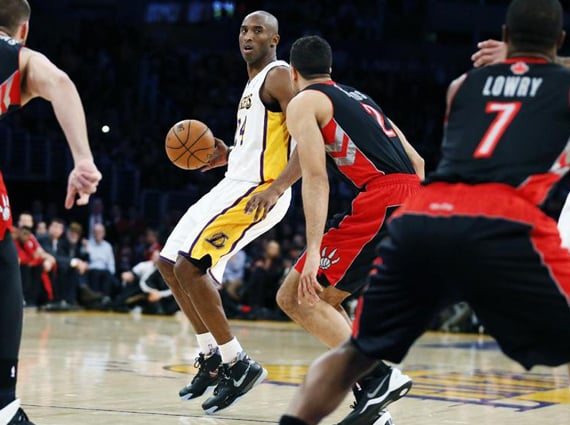 Let the Kobe madness begin. Having made his season debut tonight against the Toronto Raptors, Kobe dropped nine points in twenty eight minutes of play. Though he seemed rather passed as he crashed the boards and passed the rock, Bryant did so while rocking the Nike Kobe 1 “Prelude”. Crafted in honor of the 81 point game he had against the Raptors back in 2006, it was very fitting that he lace up this particular pair of kicks to face off against the same team. Despite falling short of matching the historic performance, it was extremely nice to see the Black Mamba back in action. Read on after the jump to check out some additional looks at Kobe in the previously mentioned kicks and be sure to drop us a line in the comments section below. 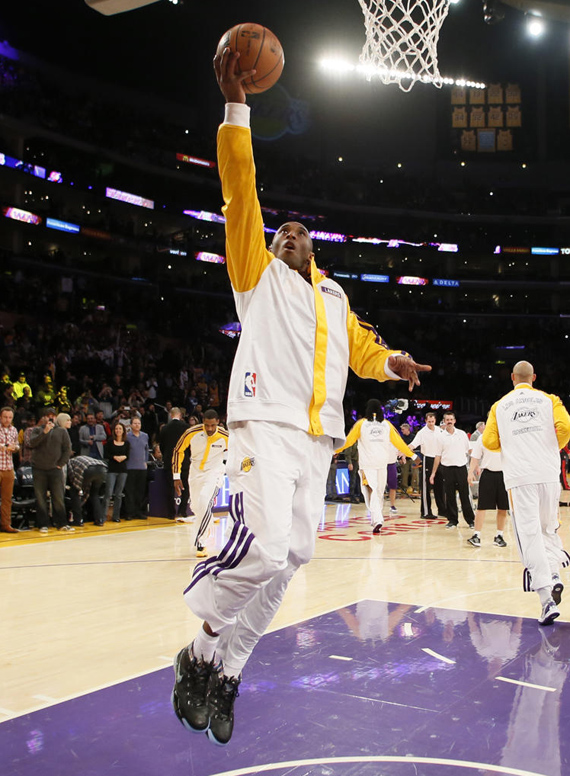 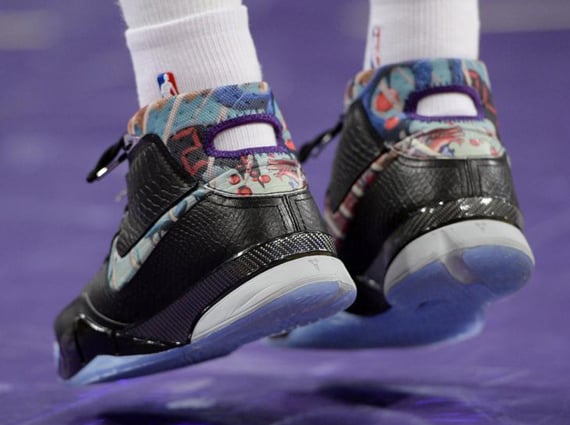