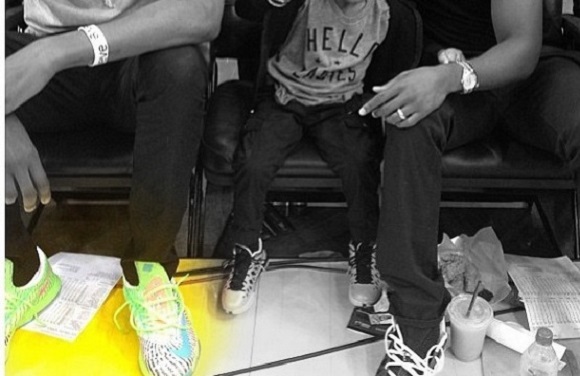 Chris Paul has been leaking some dope kicks recently on his Instagram… Earlier in the week, he dropped a pic of a very dope “Hoyas” Air Jordan IV PE that belonged to former Georgetown player (and current teammate) DaJuan Summers. Yesterday? A look at the upcoming Nike KD VI “Grey/Blue/Green” (a shoe we previewed recently in this article on upcoming KD VI colorways), on the feet of the man whose kicks they’re named after, Kevin Durant. While they are clearly the same colorway as the shoe featured in that previous article, there looks to be some slight differences in the shoes, namely thicker white lines on the upper. No information yet on a release date, though you can be sure we’ll update you as soon as news becomes available, so keep it locked with us here at Sneaker Files. Hit the jump for another look at these kicks, and let us know if you’re looking forward to this upcoming release. 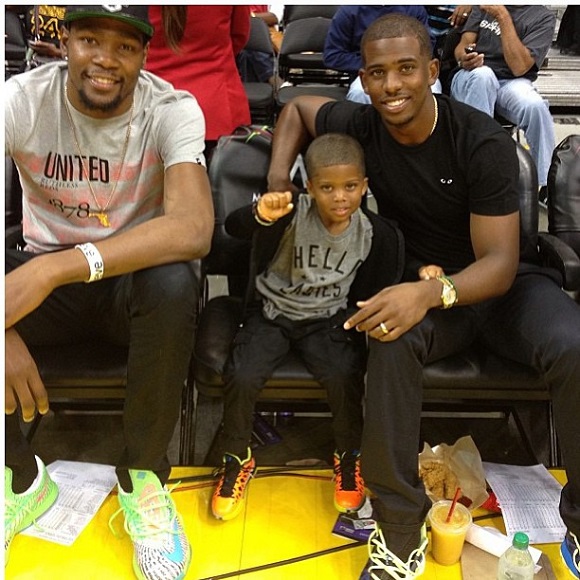