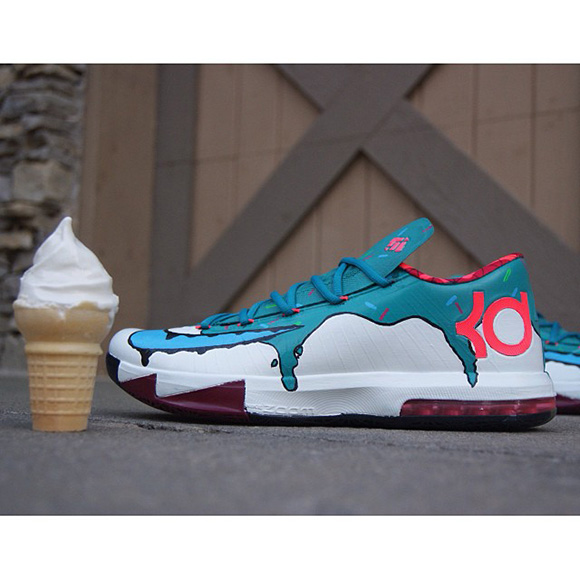 We have seen the KD VI in some serious colorways, all of them with a reason or explanation for why the design is the way it is, Austin McAllister and AMAC Customs switched that up. Durant already put out the “NYC 66” version of the KD VI for his crazy scoring game at the park in New York but these may ring a bell to anyone who has received an ice cream from Mr. Durant himself in the BK. AMAC Customs flipped this KD VI “Meteorology” around primarily changing the upper from black to white. The inner lining, air bubble and the maroon teeth along the front of the midsole all stuck with the original shoe theme while the overall design with the dripping ice cream and sprinkles is all a creation of McAllister’s own. Most of the KD and Nike logo’s all stayed pink from the original shoe as well, except for the large Nike Swoosh up front that is also covered in the blue delicious desert.

Are you feeling AMAC’s “Ice Cream” KD VI, or is it a little too much for you? Let us know in the comments section below and stay tuned to Sneakerfiles for more insane customs and much more! 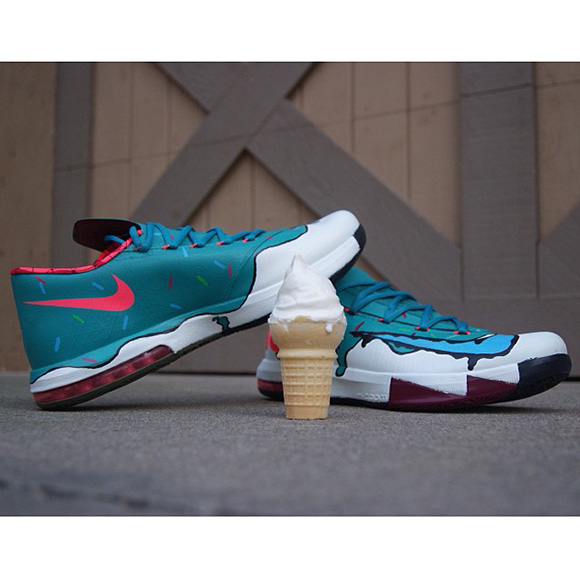 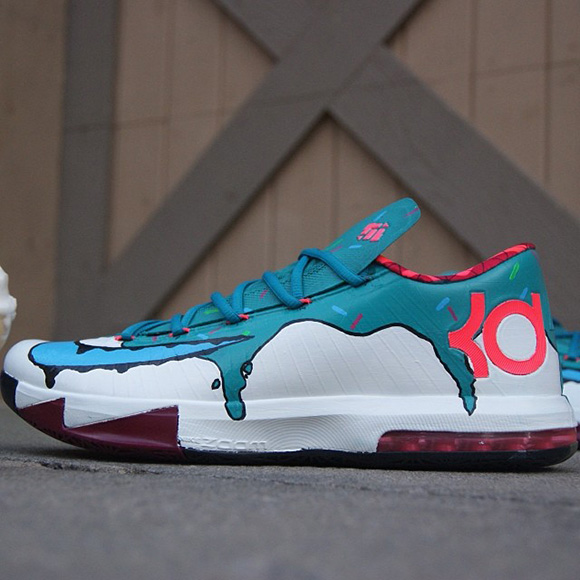 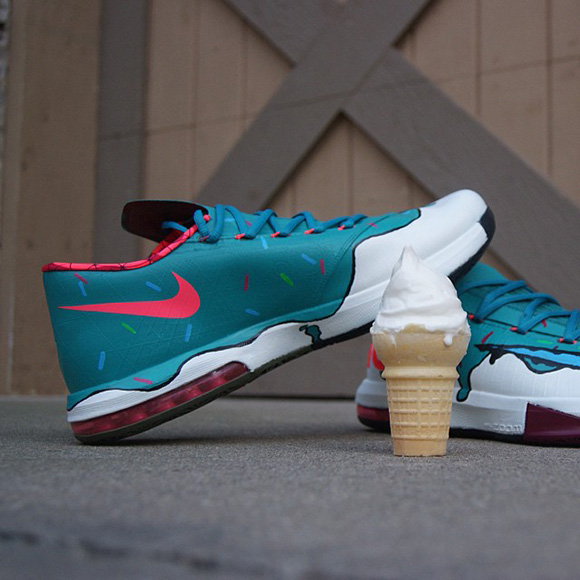 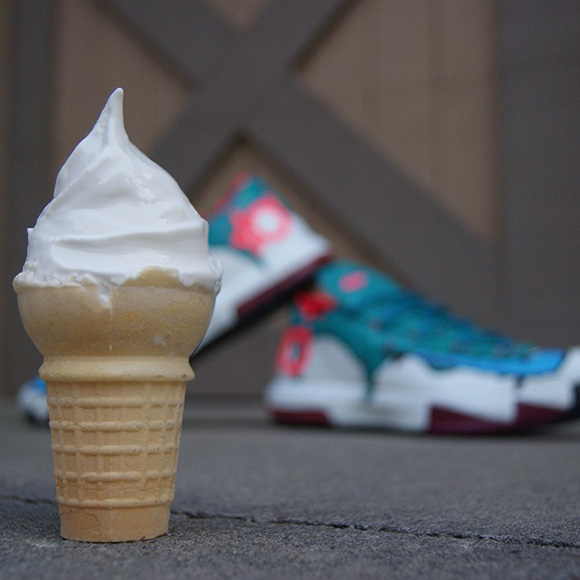 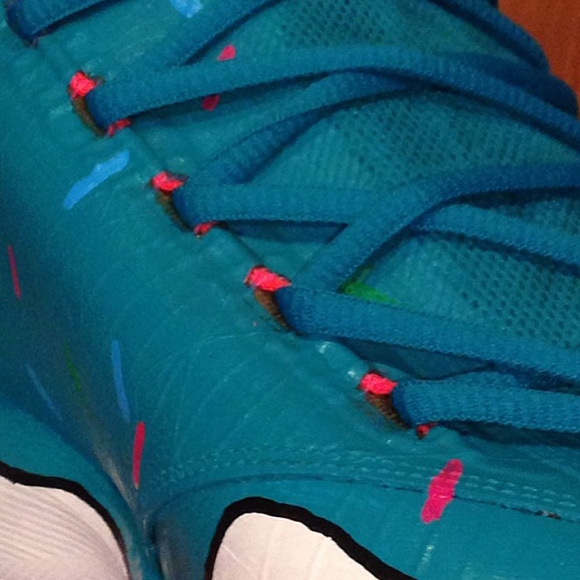