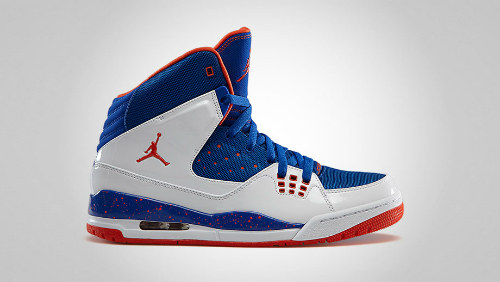 It looks at though another colorway of the Jordan SC-1 will make a debut next month.

Construction out of a patent leather and mesh combination upper, this version of the Jordan SC-1 will don a New York Knicks-inspired colorway with white, team orange, and game royal accents throughout. Complete with a speckled midsole and tonal laces, these kicks will see a team orange-colored outsole and matching bottom Air Unit.

Set a retail price of $120, look for the Jordan SC-1 “White/Team Orange-Game Royal” to release at all participating Jordan Brand accounts sometime next month. Stick with Sneaker Files for more.