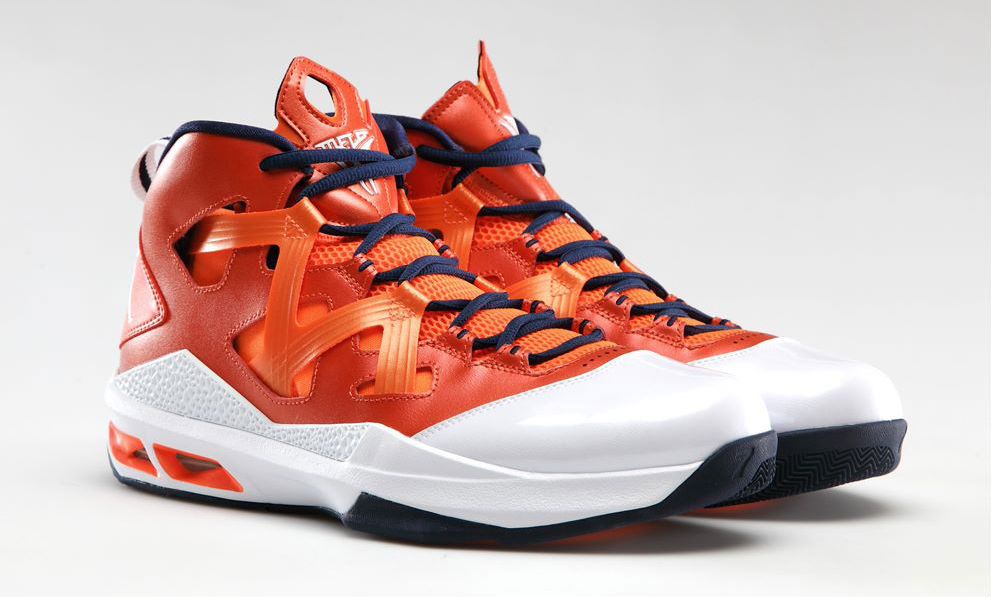 Although Carmelo Anthony only spent one year at Syracuse University before heading off to the NBA in 2003, he certainly made an impact during his stay with the Orangemen as he helped lead the team to their one and only NCAA Championship title, amongst other honors he’d achieved in a single season.

During halftime of yesterday’s Syracuse vs. Georgetown game, Anthony had his jersey #15 retired amongst the thousands in attendance who applauded his efforts. In addition to the brief ceremony, several Syracuse players were spotted in a special edition Jordan Melo M9 “Syracuse” colorway. The signature kicks take on a vibrant metallic orange and white color make up with a patent leather toe box, navy accents throughout, and white signature branding for a clean finish.

Check out a few images from the event yesterday and keep it locked right here to Sneaker Files for more on the Jordan Melo M9 “Syracuse”. 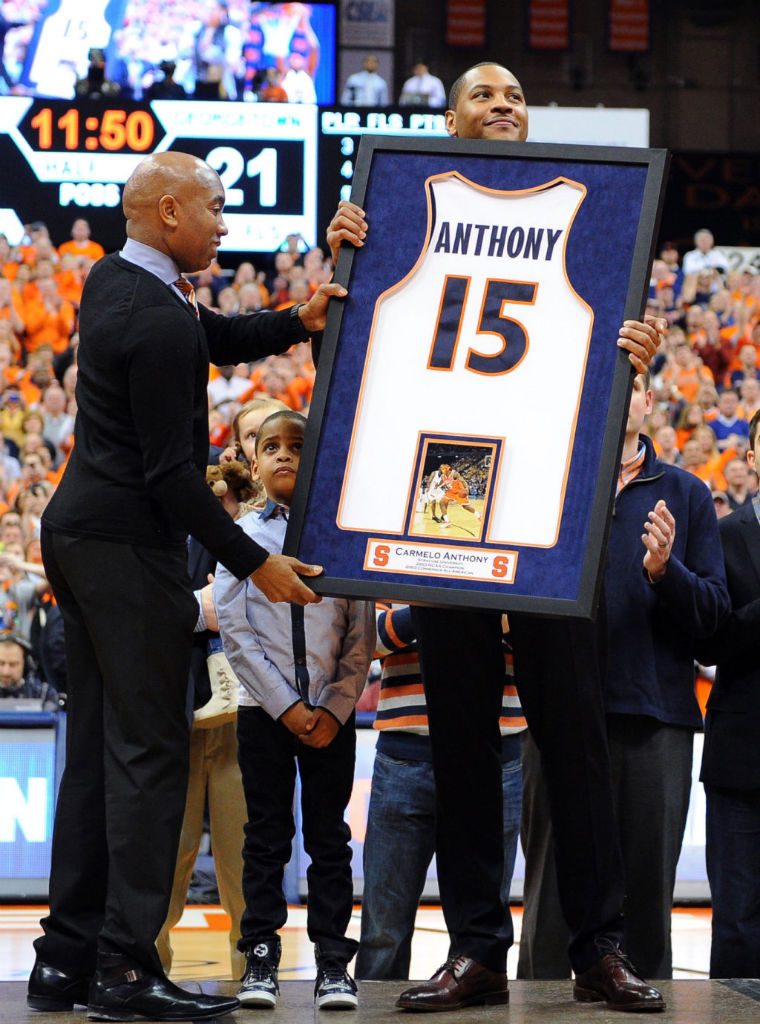 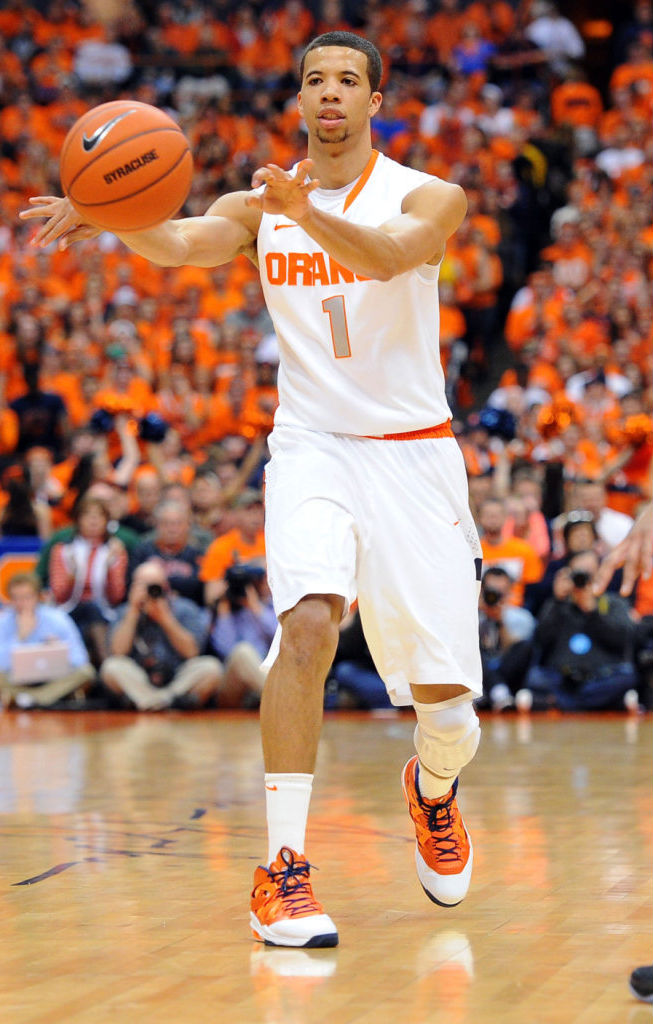