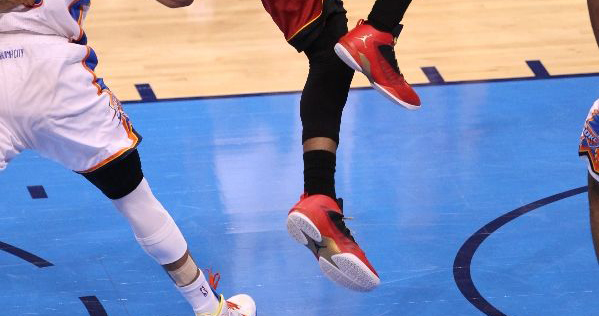 Dwayne Wade and his team couldn’t hold off the Oklahoma City Thunder last night during game 1 of the NBA Finals, but we did catch a first look at Wade in his Jordan Fly Wade 2 EV – Finals Away PE.

This new version of the Jordan Fly Wade 2 EV is seen here in a gym red, black, and gold colorway which comes with the same technologies as other previously seen models like its synthetic upper with Flywire technology for ultra-lightweight support and a locked-down fit and a Lunarlon midsole.

Will Wade and company take game 2, or is it safe to say that they’ll again succumb to the Thunder’s depth, athleticism, and youth? Take your vote and stay tuned as we bring you more NBA Finals sneaker coverage. 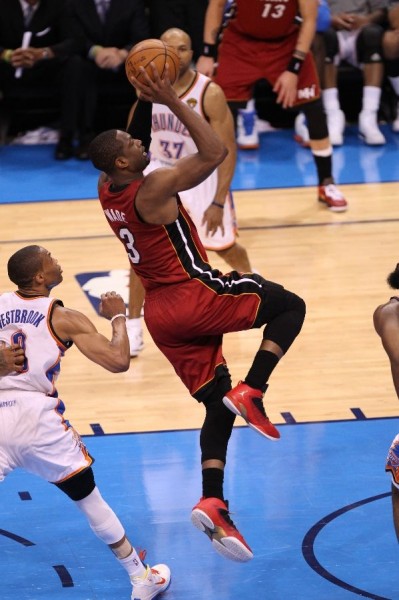 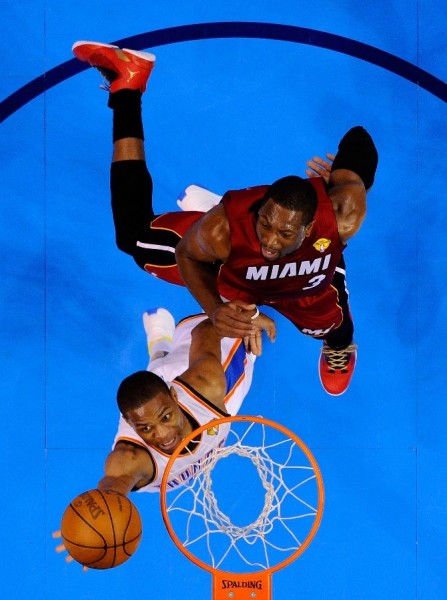