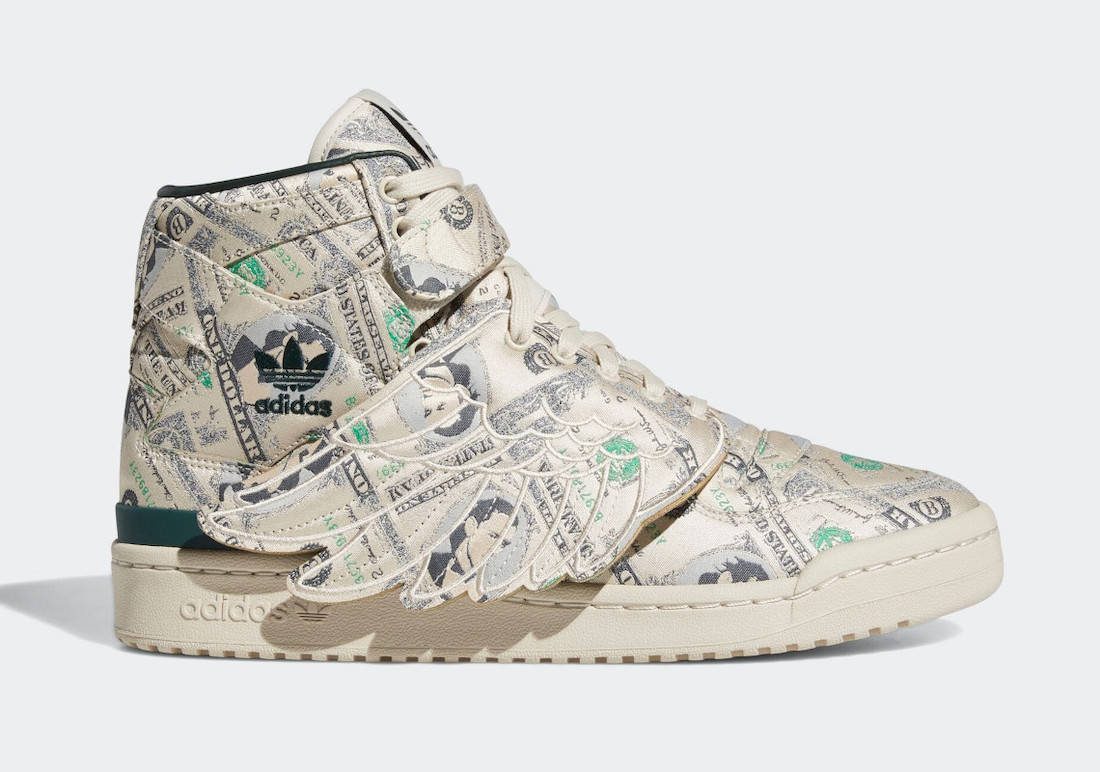 Jeremy Scott has released some unique collaborations with adidas. However, the last time the two dropped a pair was in 2015. For 2021, the two are back and will debut multiple pairs with different themes. One of the upcoming drops will be the adidas Forum Wings 1.0 ‘Money’ iteration.

100 pairs were released in 2003 for his fashion show in Los Angeles. Looking closer, this adidas Forum Hi features money printed throughout, with the exception of the laces, which come in Cream, Three Stripes branding, Trefoil logo, liner, and part of the midsole, all done in Green. Lastly, we have Jeremy Scott’s signature on the medial midsole.

You can expect the Jeremy Scott x adidas Forum Wings 1.0 ‘Money’ to release at select retailers and adidas.com on August 24th. The retail price is $200. Below, you can check out more photos that will give you a closer look.

Update (8/19): The Jeremy Scott Forum Wings ‘Money’ will release at select retailers and the Confirmed app on August 24th for $200. 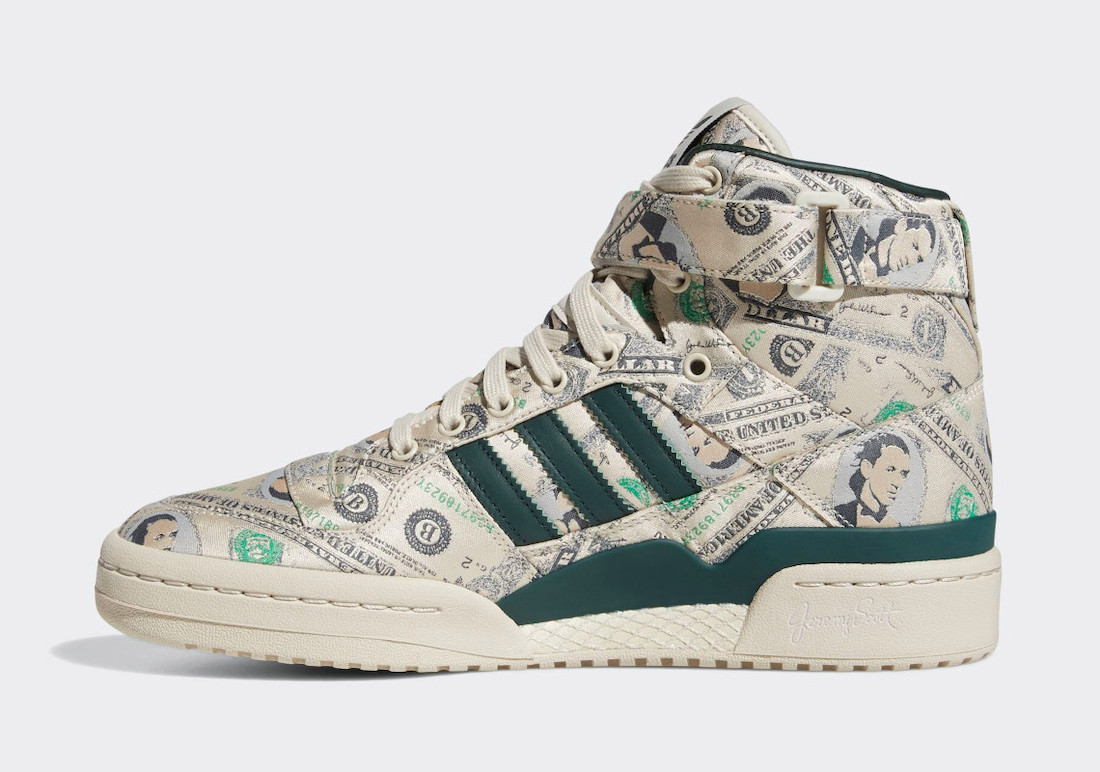 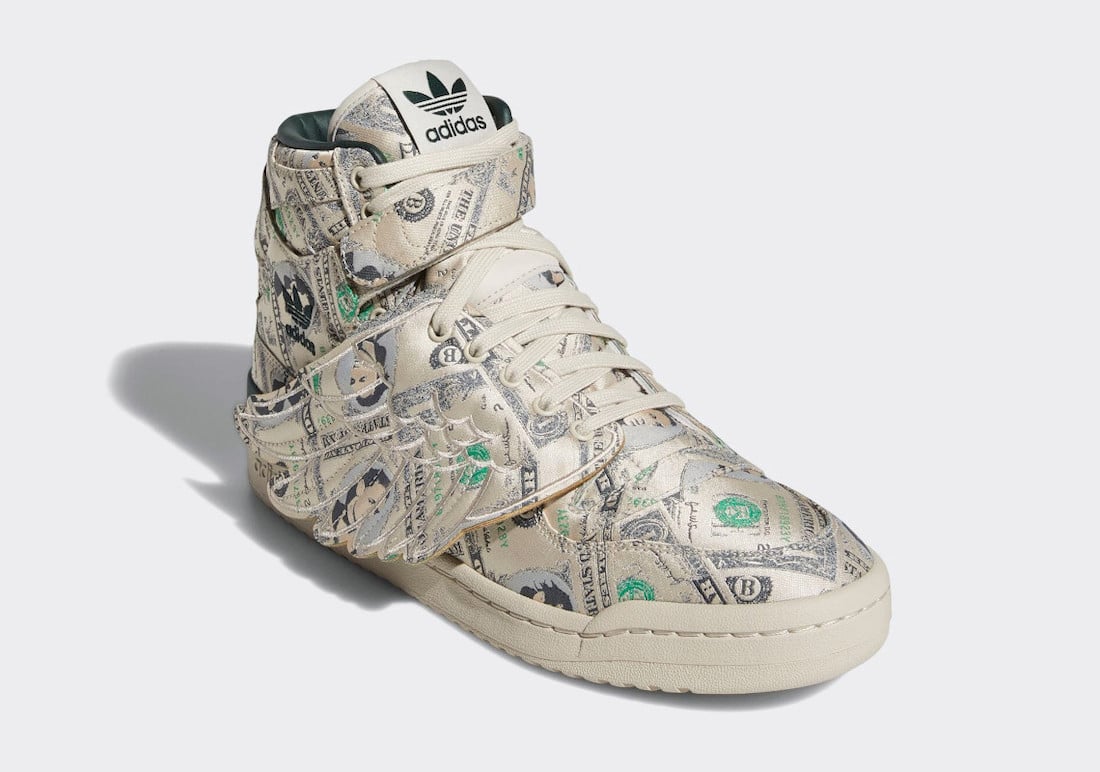 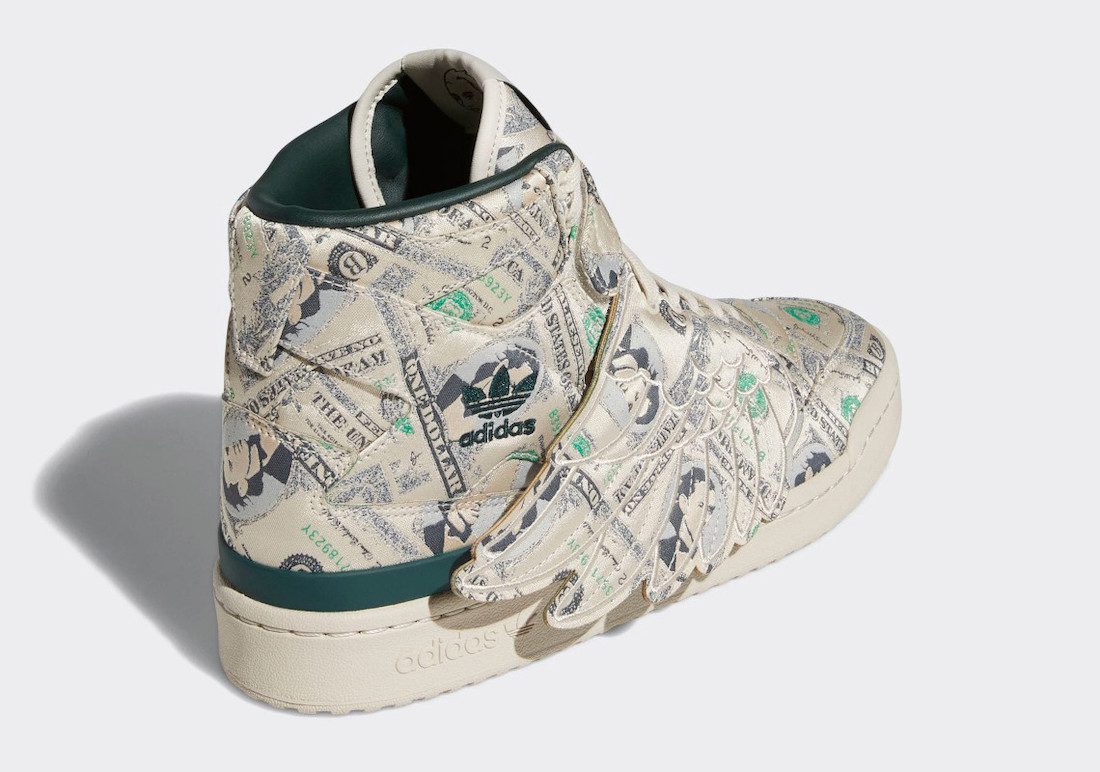 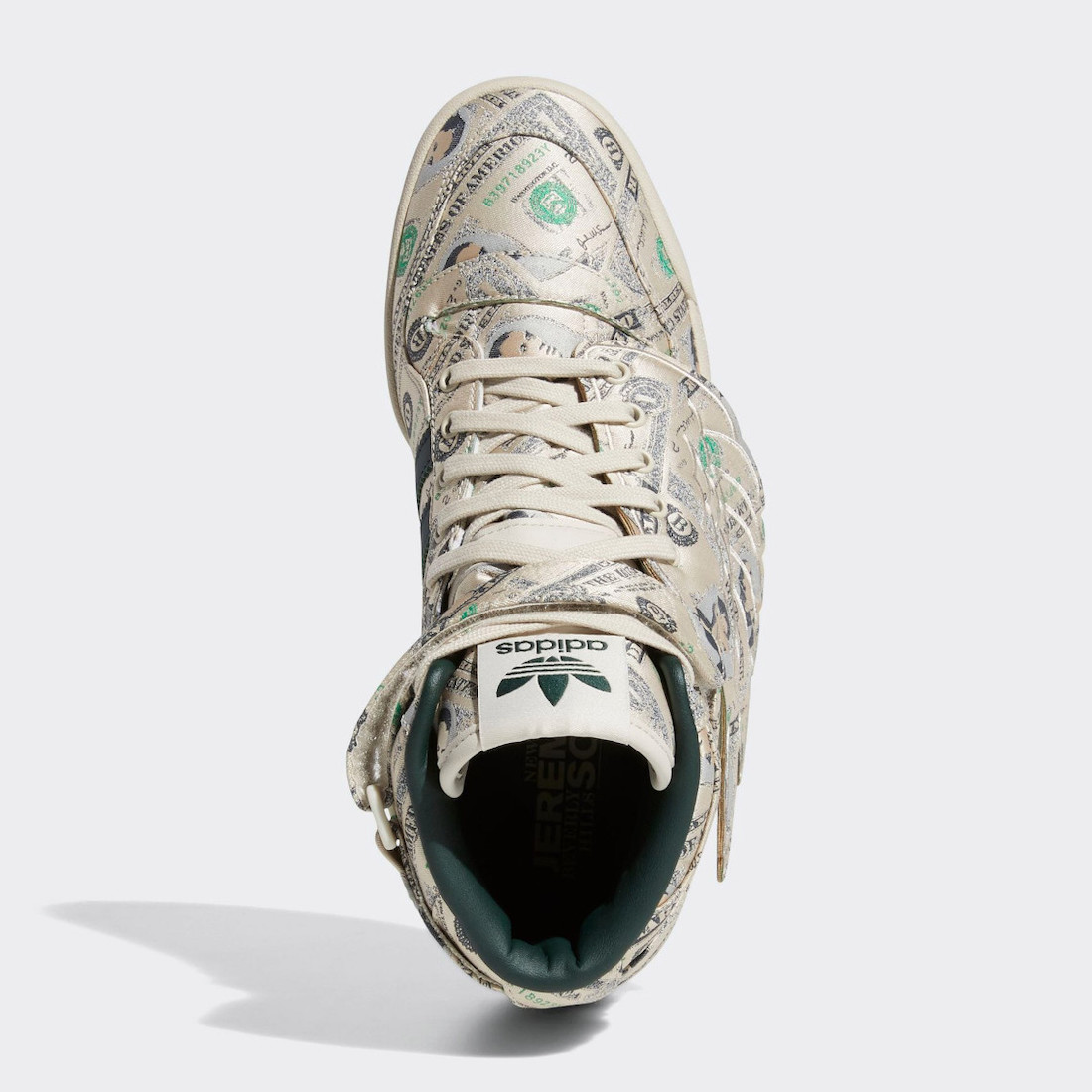 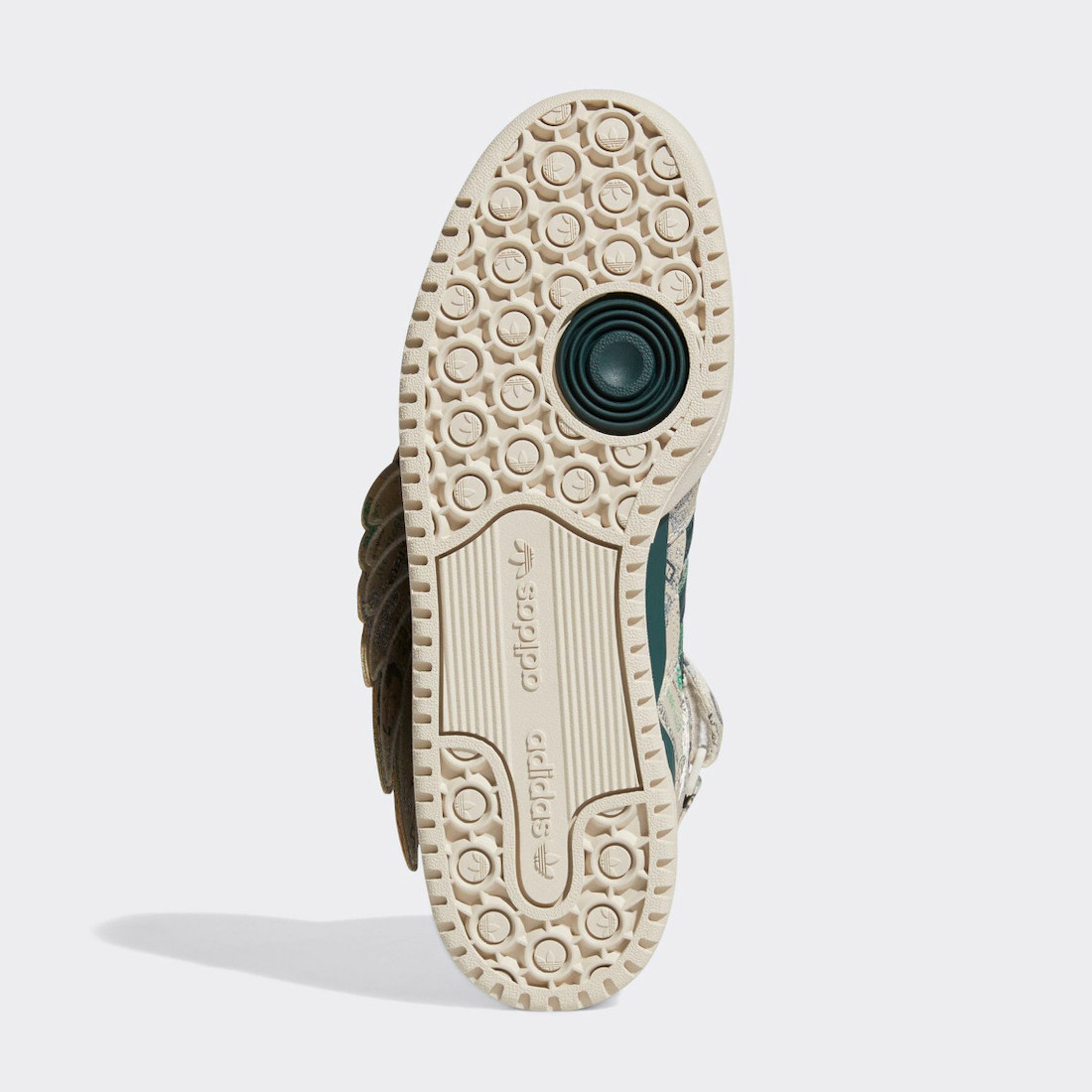 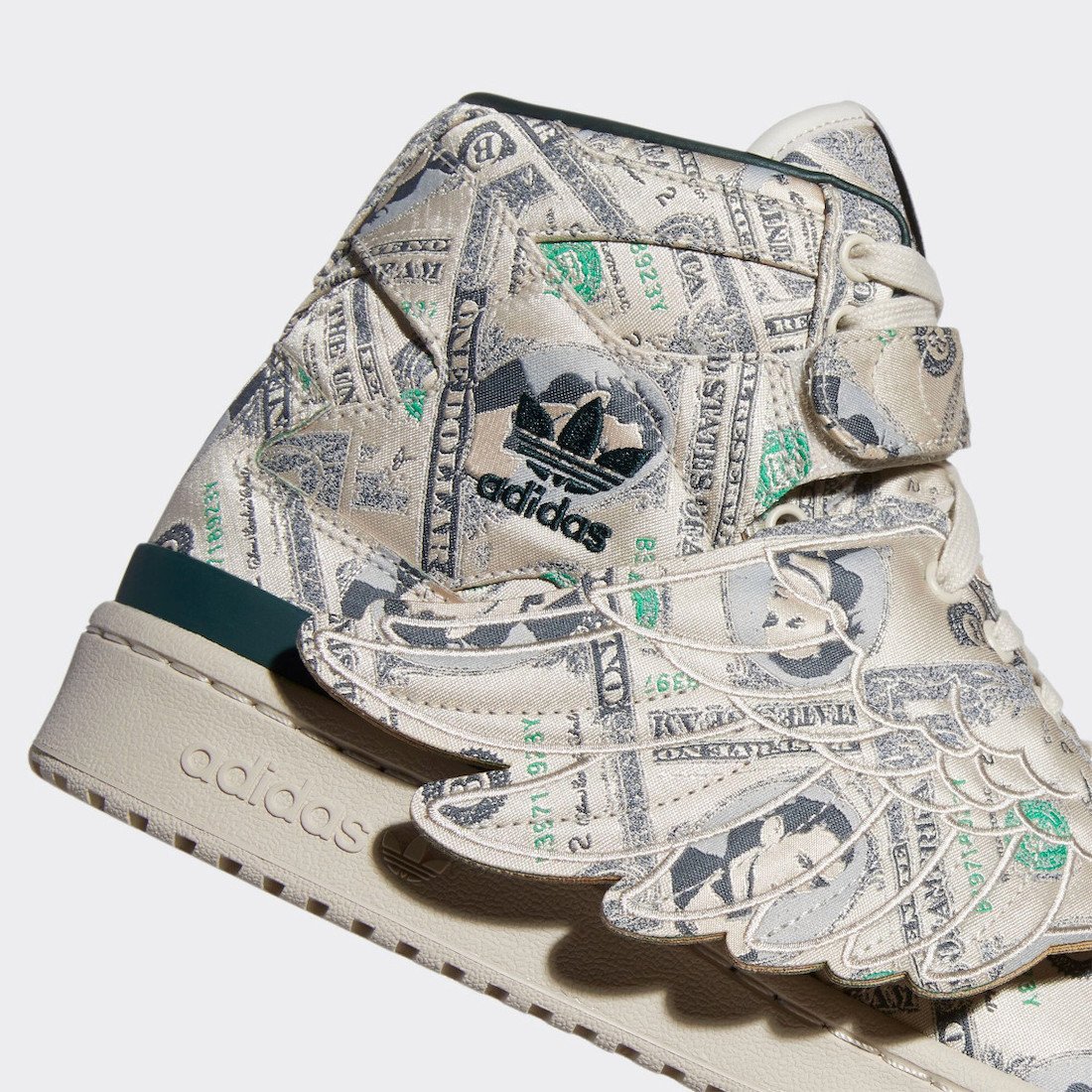 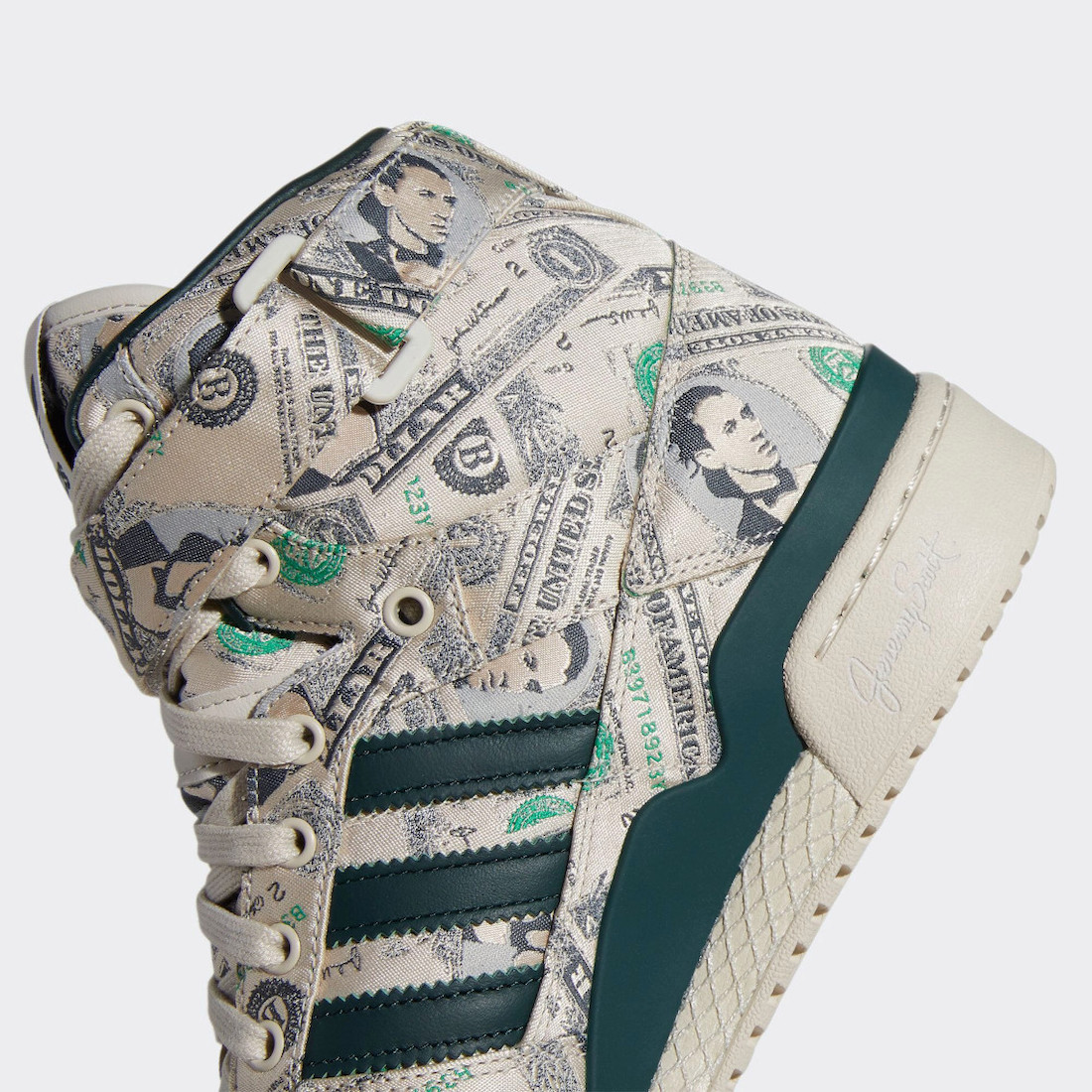