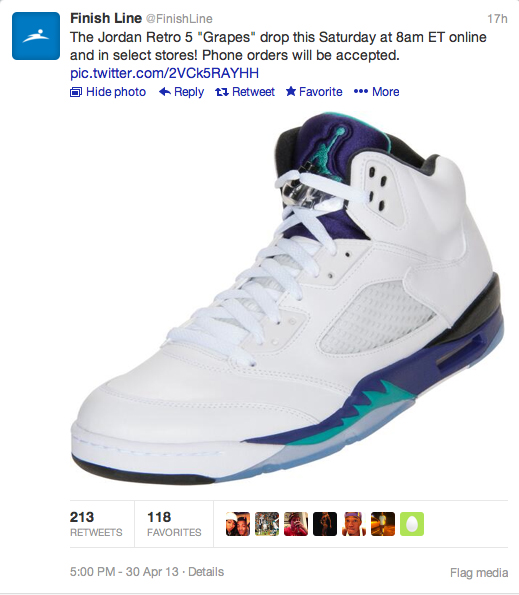 Talk to any sneakergeek for more than a few minutes and invariably, you’ll begin talking about how difficult it is to grab the pair you’re looking for. Even the less popular models in the Jordan lineup in strange and never before seen colorways fly off the shelf, so getting a pair from a popular model in an OG color way is seemingly impossible. An explosion in the popularity of sneakers, a new generation getting involved and, of course, resellers are all contributing factors

Each release date brings its own set of challenges and headaches. Is more than one ‘must have’ pair releasing that weekend? Maybe you’ve heard all your friends are saving their money for next weeks release and are skipping this weeks, so you’re hoping others will do the same, making it that much easier for you to grab your pair. We’ve all tried, some more successfully than others, to navigate the Nike Twitter RSVP system, we’ve camped out both online and in person and succumbed to the dreaded reseller on craigslist and eBay to get the kicks we want most. But the one thing that remains constant, the one thing everyone keeps saying online, over social media, on Nike Talk, and at the local sneaker store is:

Perhaps, someone finally listened. Finish Line recently sent out a tweet regarding the Air Jordan V ‘Grapes’ set to release this weekend.

“The Jordan Retro 5 “Grapes” drop this Saturday at 8am ET online and in select stores! Phone orders will be accepted.”

You read that right. Phone orders will be accepted. I’ve also seen pictures on Twitter from smaller stores, that typically get 10-15 pair of any given retro, having triple that amount. Has Nike finally listened and brought supply levels closer to demand? While a single tweet or a few stockroom photos doesn’t prove much of anything, it is a comforting thought to think that getting your hands on that ‘must have’ pair may get a little easier in the future, and paying $100 over retail to resellers may be a thing of the past.