After Chris Webber left Nike, Fila picked him up for a short time. His first release was the Fila Webber, also known as the Fila C-Webb. 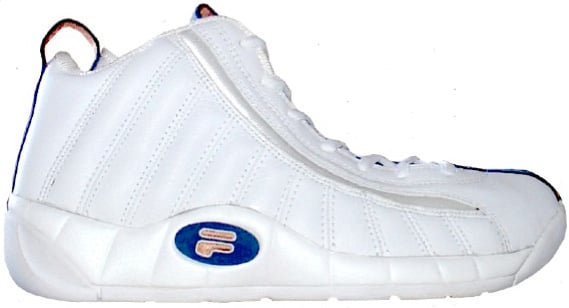 On the simple side, the Fila Webber released in a few colorways, white/blue and white/red. Both have predominate white uppers, with stitching running up the sides. C-Webb wore the Fila Webber while playing on the Washington Wizards (then, the Bullets).