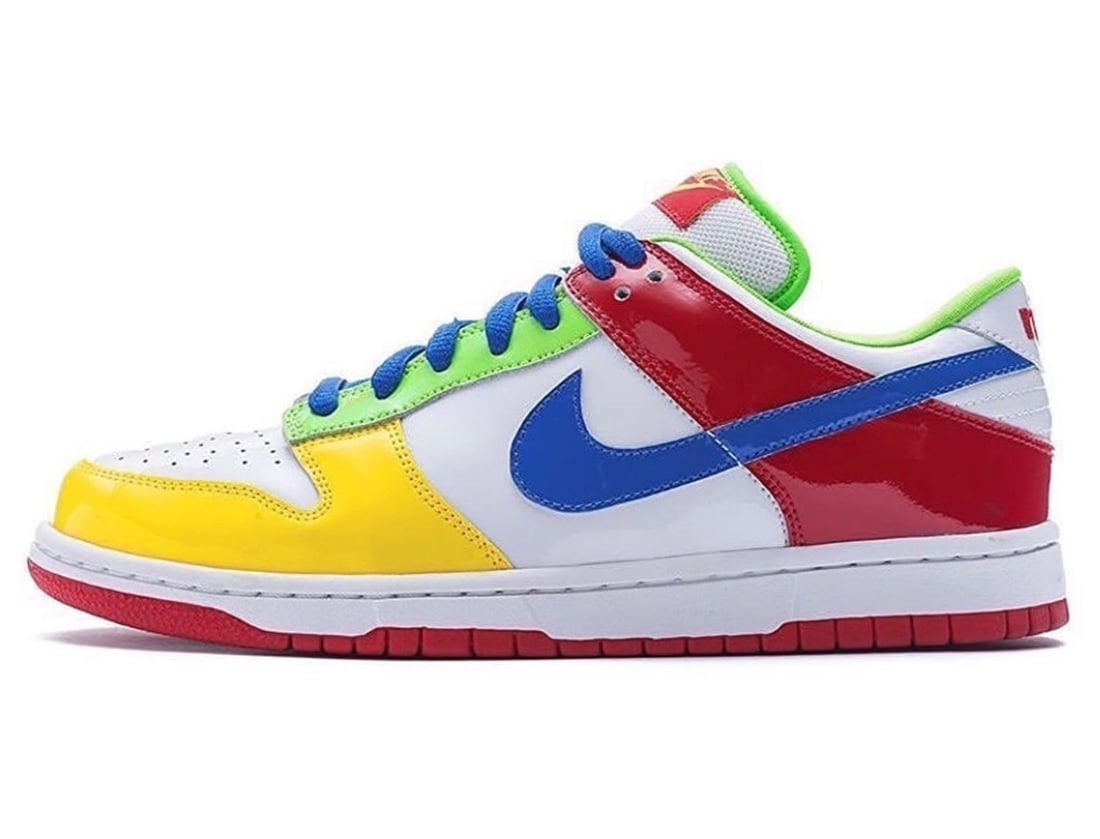 The eBay x Nike SB Dunk Low is truly a unique shoe that was available via an eBay auction in 2003. For 2022, the pair will return close to its original form but will have a new addition that pays tribute to the original pair.

In 2003, Nike produced a single pair of the eBay x Nike SB Dunk Low. The auction winner would be able to pick their size, which ended at $26,000. For years, it wasn’t known who the winner was other than rumors of it being a Nike employee. What raised more suspicion was the winner was located in Beaverton, Oregon.

It turns out the auction’s winner was none other than Sandy Bodecker. For years, many thought there were three pairs in existence. However, Sandy cleared this up before his passing on his Instagram, stating there are only two pairs made. The other pair is cut up and in Nike SBs vault.

For fans of the pair, this SB Dunk Low will return in the original colorway. Utilizing White on the base, while Yellow, Blue, Red, and Gree run throughout, representing eBay. The 2022 version will be different with the addition of clear stripes across the sole and panels that pay tribute to the original eBay SB Dunk Low sample that was cut. The eBay branding on the heel will also be removed and now features the SB logo.

Rumor has it that the eBay x Nike SB Dunk Low will release later this year. Also, some are stating the pair could be available via an auction to benefit The Bodecker Foundation. Once we have more information, we will make sure to update you. For now, check out a preview photo below. 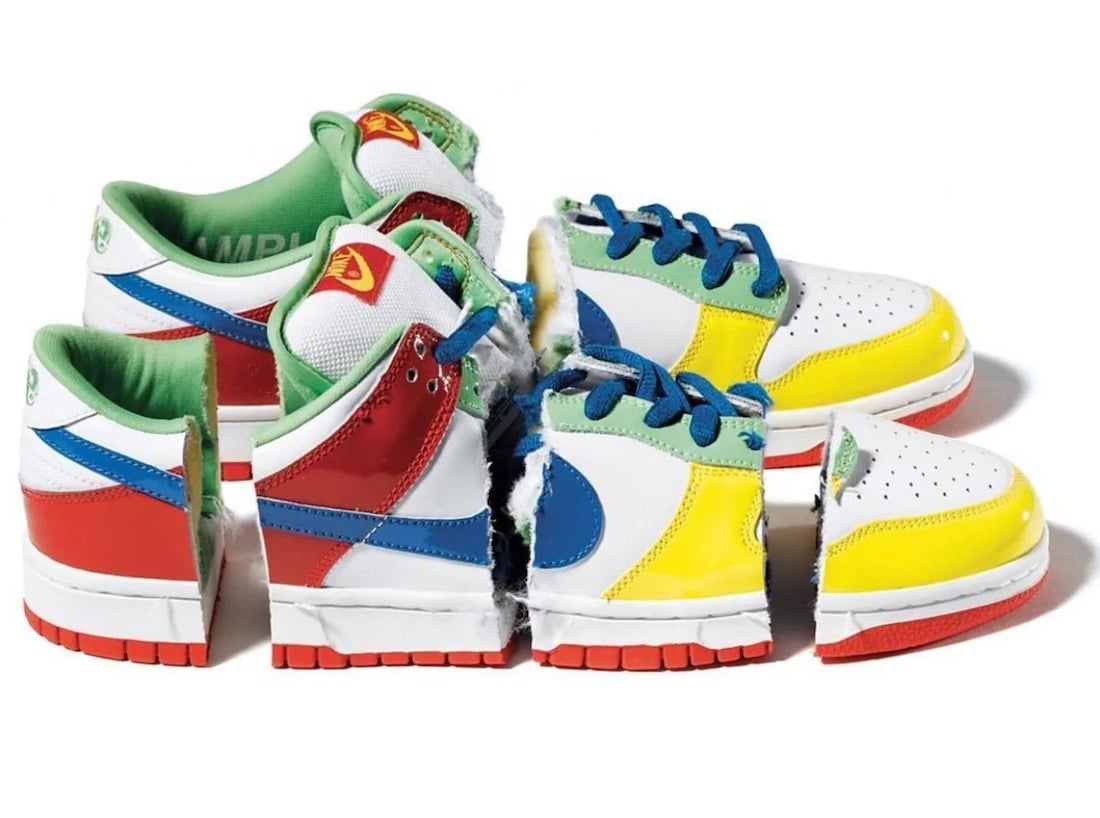 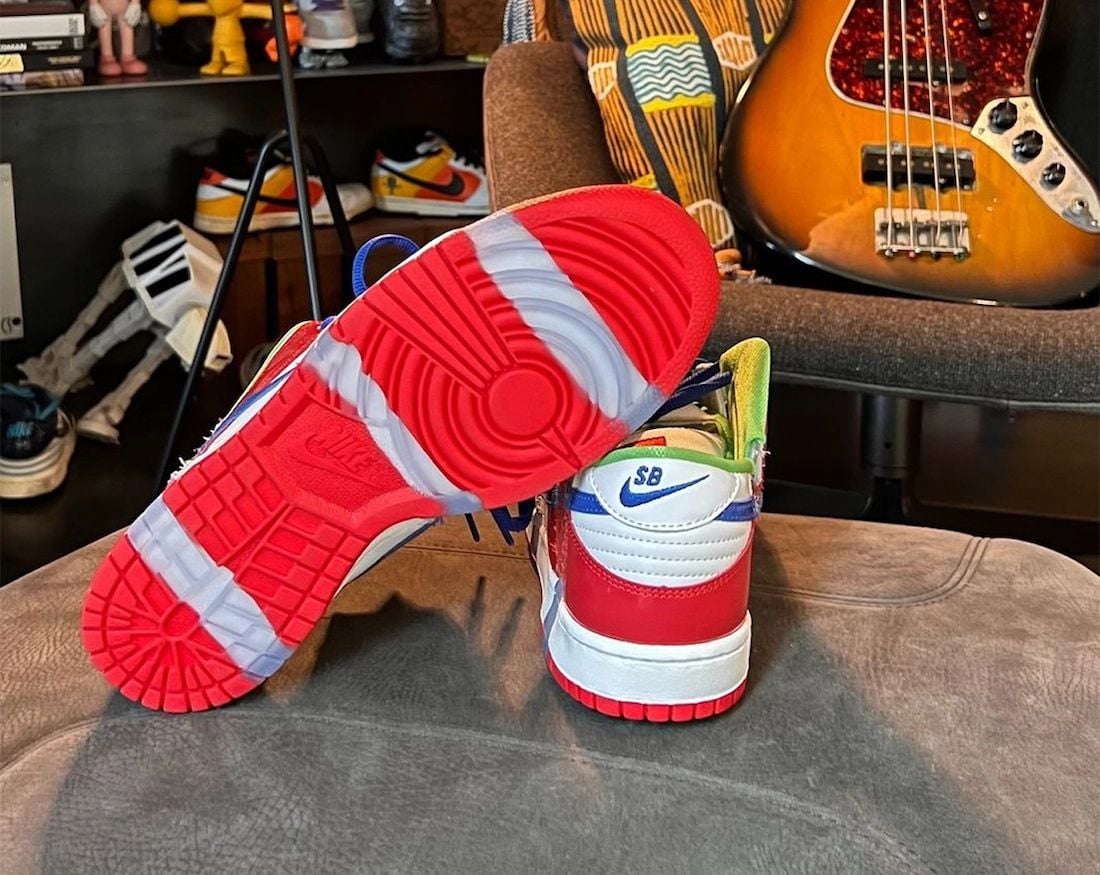 Why So Sad? x Nike SB Dunk Low is On The Way