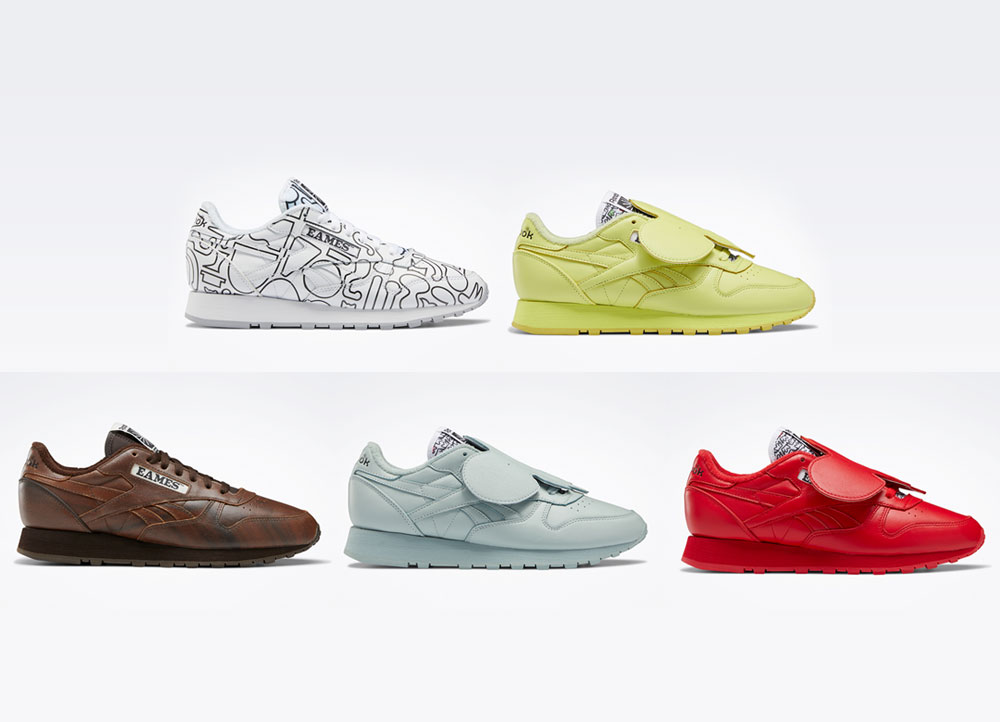 Reebok will connect with Eames Office once again to release two new colorways of the Classic Leather.

Going over the two Reebok Classic Leather releases by Eames, they are known as ‘The Coloring Toy’ and ‘Rosewood.’ Each are inspired by the work of Charles and Ray Eames. One pair comes dressed in White while various graphics run throughout and comes with crayons for you to customize. The second pair features a woodgrain design while Black hits the midsole and Dark Gum adorns the rubber outsole.

You can expect the Eames x Reebok Classic Leather color options to start releasing in ‘The Coloring Toy’ colorway on June 3rd. Next, the ‘Rosewood’ iteration drops on June 10th and the ‘Elephant Pack’ will be available on June 21st via Reebok.com. The retail price is $120 each. 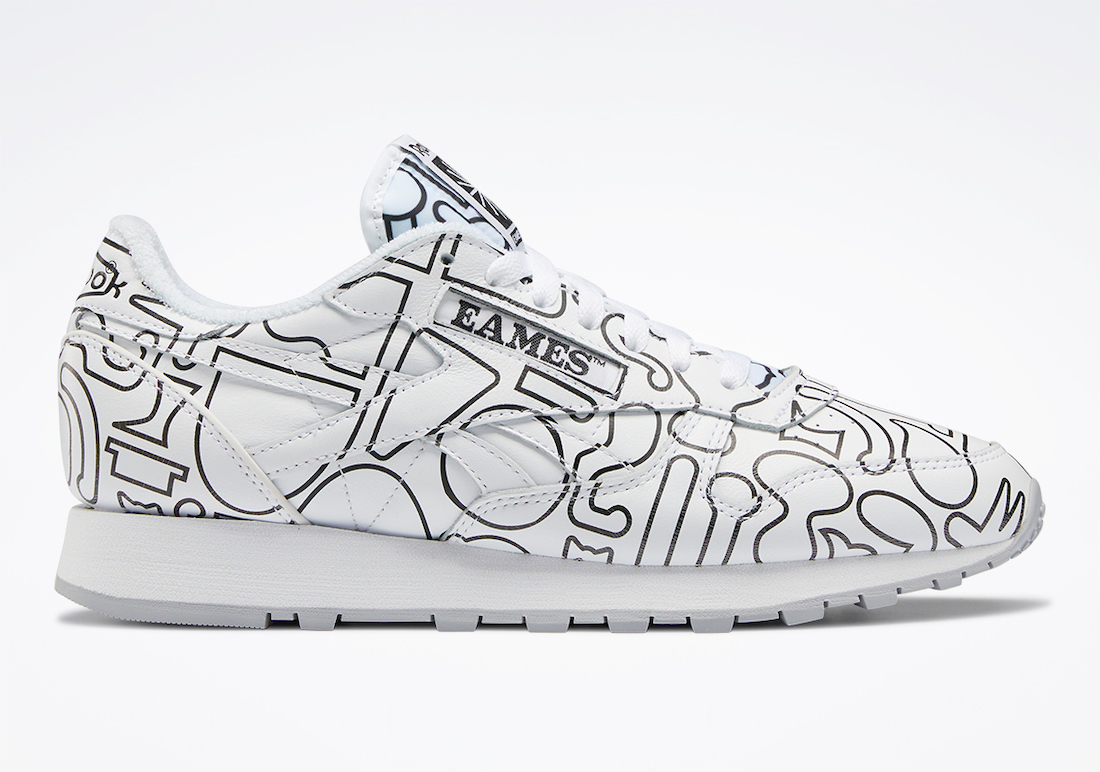 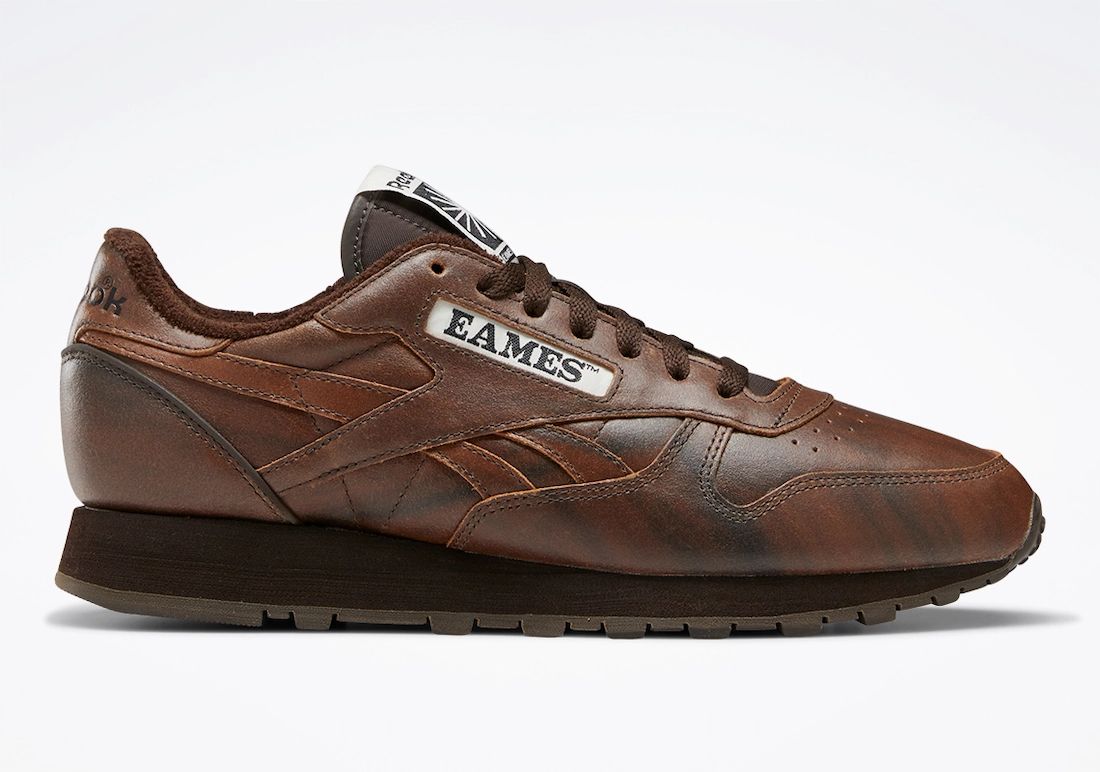 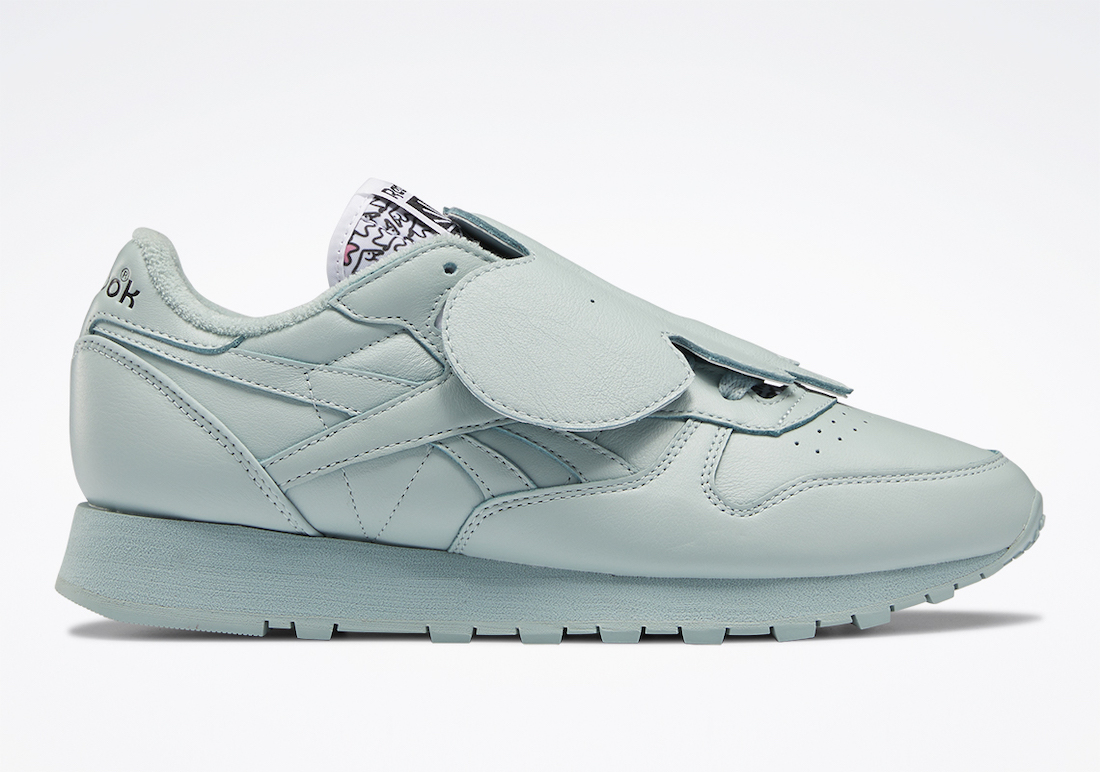 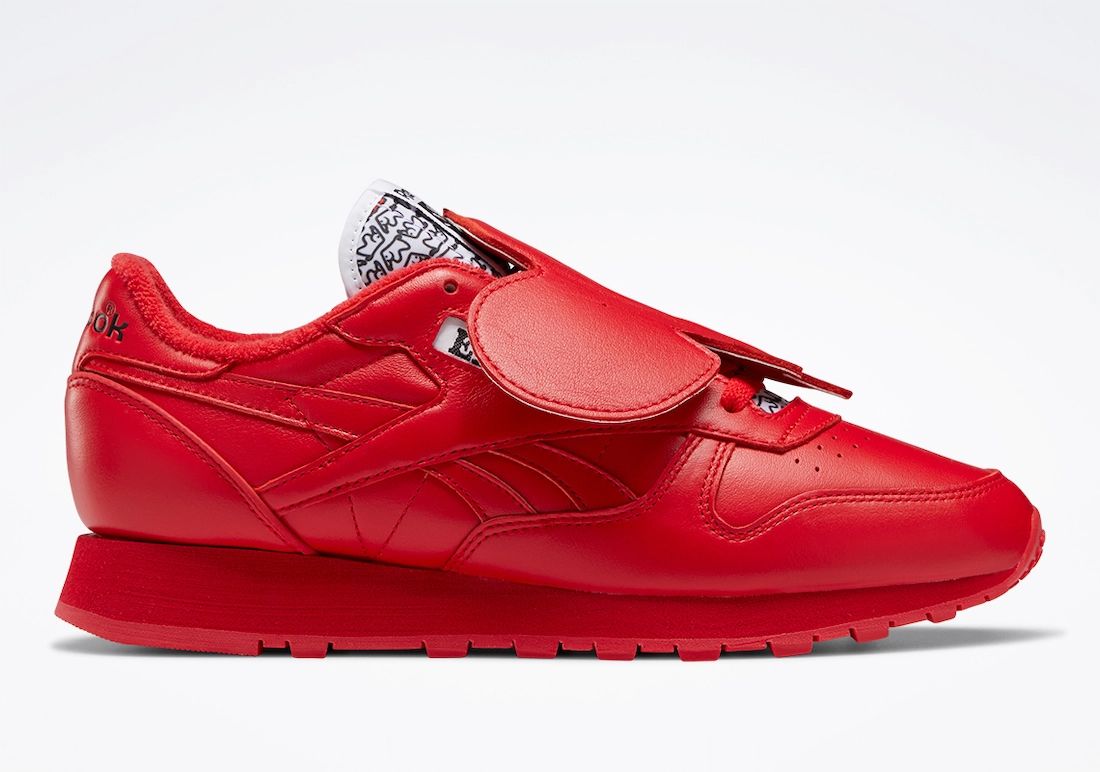 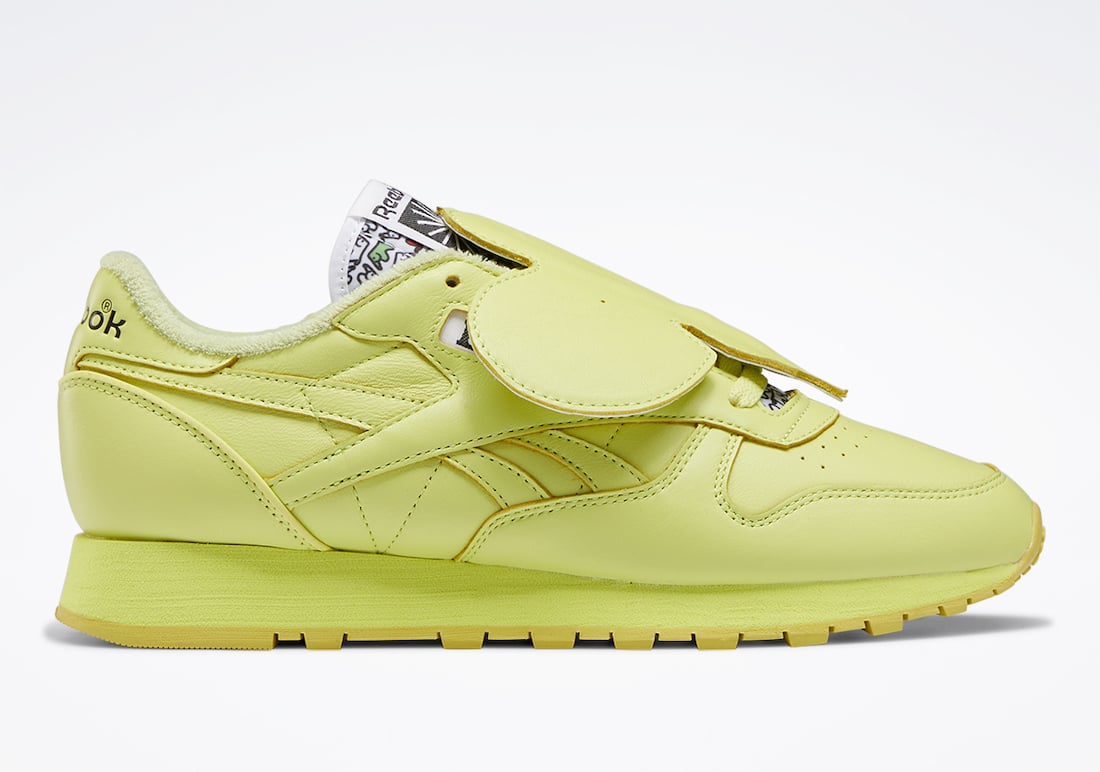 The first pair from the collection to release is ‘The Coloring Toy’ which will debut on June 3rd. Next, the ‘Rosewood’ iteration drops on June 10th and the ‘Elephant Pack’ will be available June 21st via Reebok.com. The retail price is $120 each.

Inspired by the Eames’ 1955 The Coloring Toy children’s coloring and construction kit, the Reebok x Eames Classic Leather ‘The Coloring Toy’ features bold geometric outlines stamped across pristine white garment leather uppers. In the spirit of playful hands-on experimentation, wearers are encouraged to color in the shapes and transform each pair into a uniquely personal design object. The Reebok x Eames Classic Leather ‘The Coloring Toy’s’ insole features the original Coloring Toy logo and a reinterpretation of the toy’s original instructions re-written by Eames Demetrios. These will be available on June 2nd exclusively from Eamesoffice.com, followed by a June 3rd release from Reebok.com and select retailers.

Inspired by the sweeping Rosewood plywood shell of the iconic Eames Lounge Chair and Ottoman, the Reebok x Eames Classic Leather ‘Rosewood’ features a woodgrain print on the specialty leather upper that mimics the appearance of Rosewood, a favorite material of Charles and Ray. An original exploded diagram of the Eames Lounge Chair & Ottoman is reproduced on the insoles.

Conceived in the 1940s while experimenting with the properties of molded plywood, the Eames Elephant is a small children’s play object that was unable to be mass-produced during Charles and Ray’s lifetime owing to the complexity and expense involved in shaping the creature’s complex curves. Finally released by Vitra in conjunction with the Eames Office in 2007, the Eames Elephant is now available in plywood and child-friendly plastic. The Reebok x Eames Classic Leather Elephant pays homage to these playful pachyderms with a removable elephant-face that shrouds the laces. The rich garment leather uppers are tonally drenched in authentic Eames Ice Grey, Poppy Red, and Dark Lime. 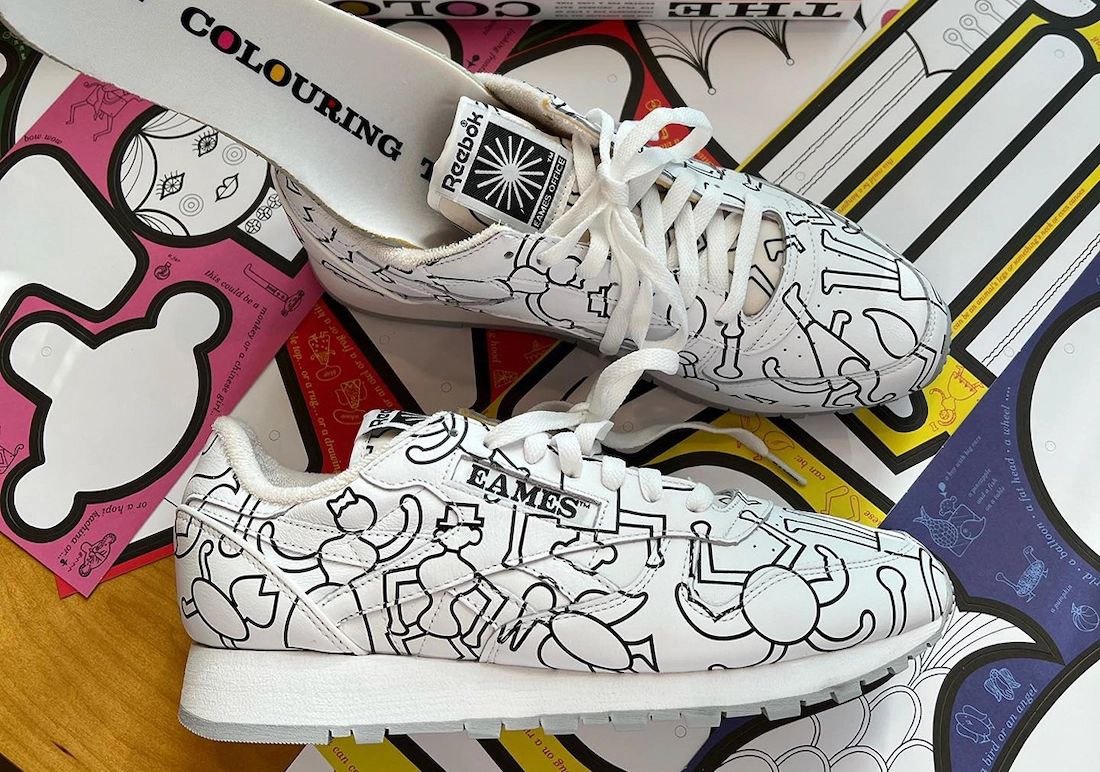 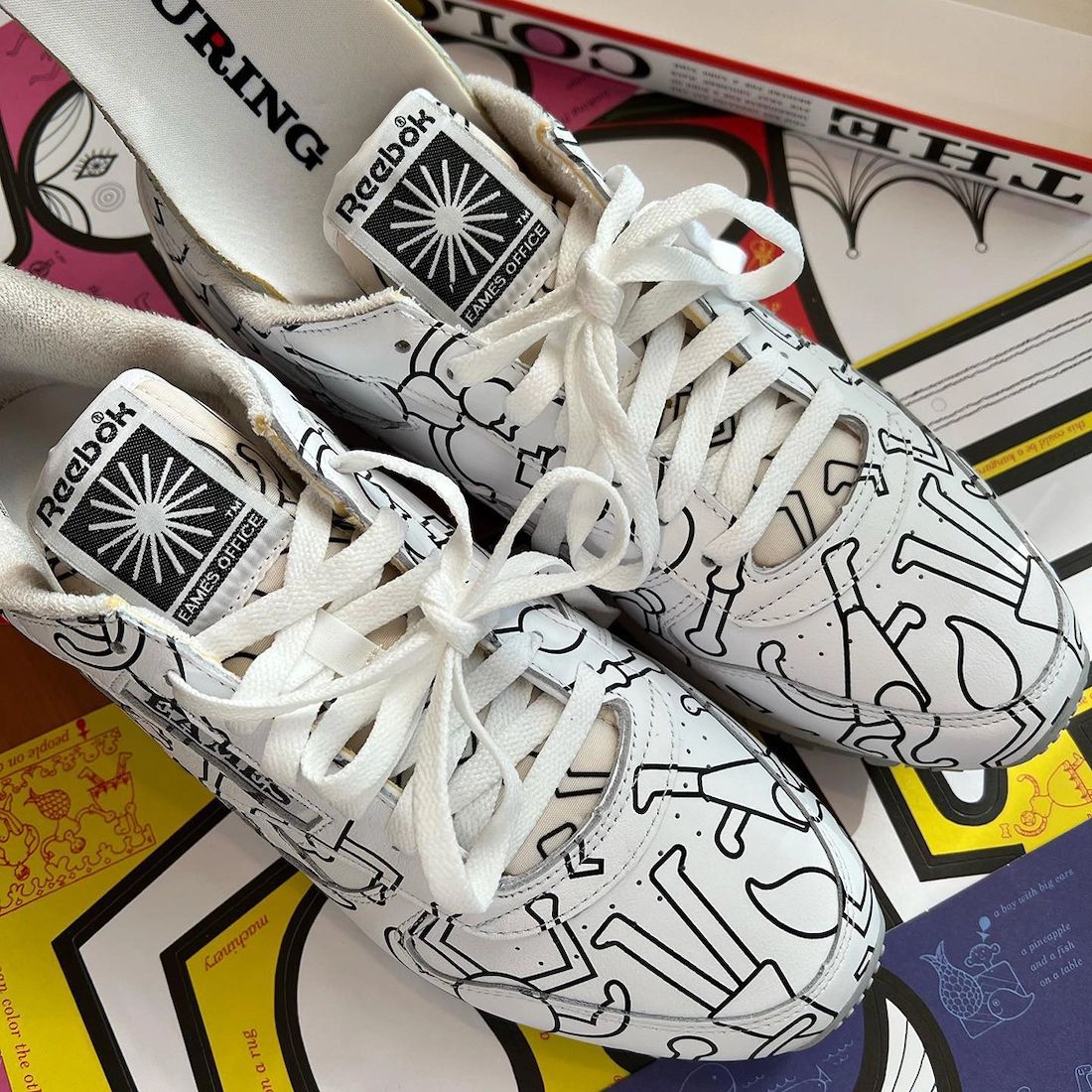 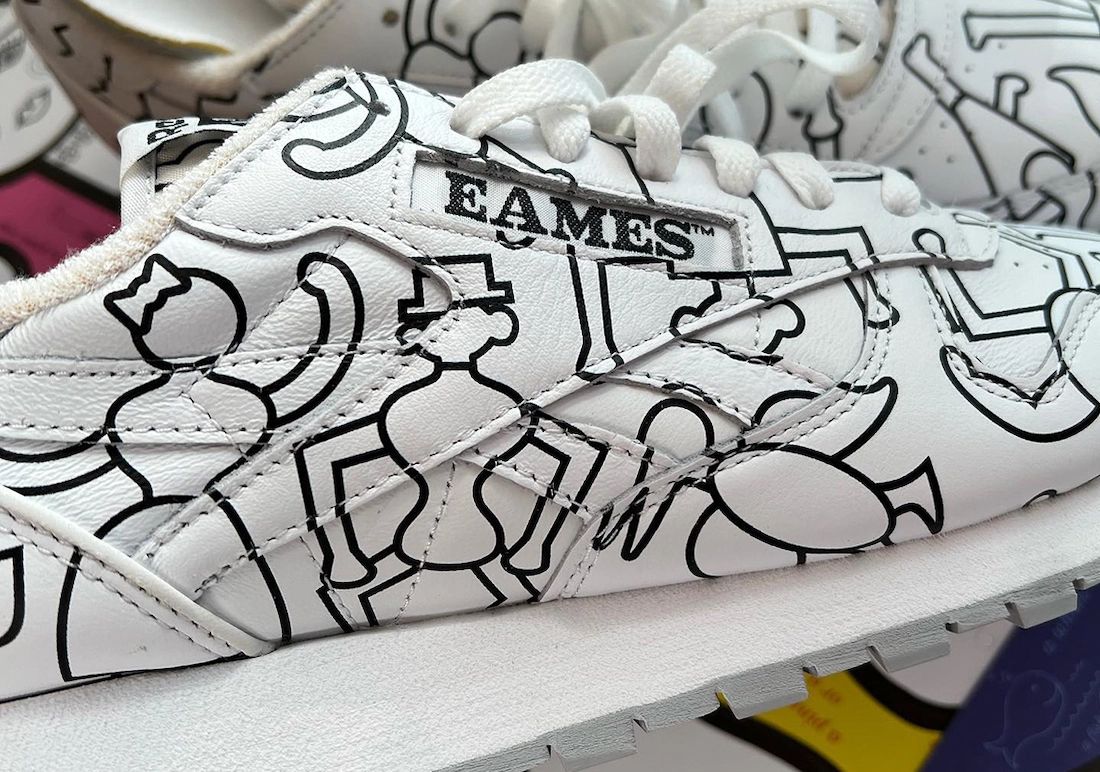 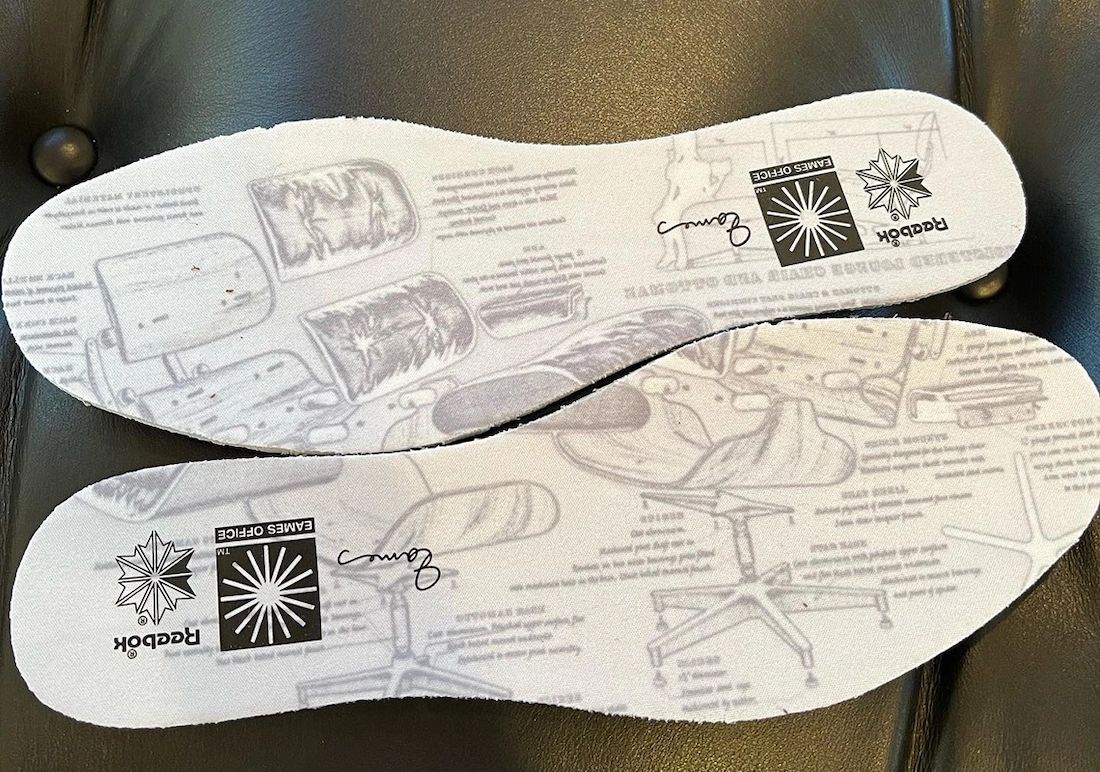 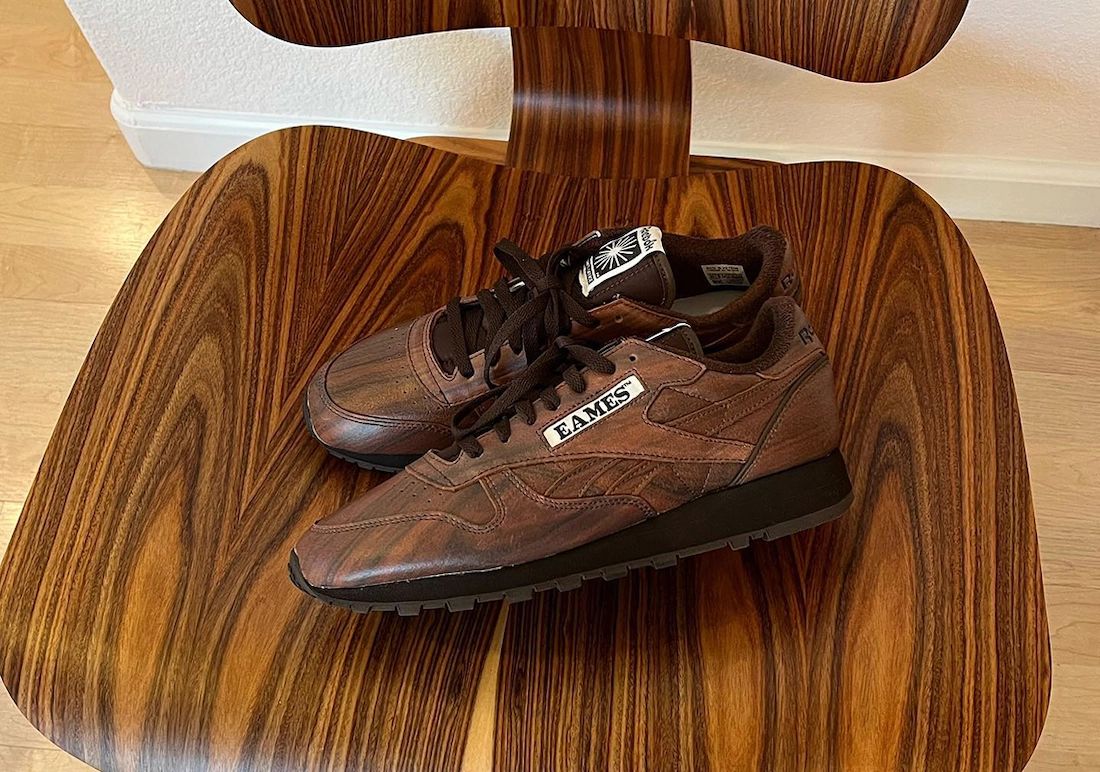 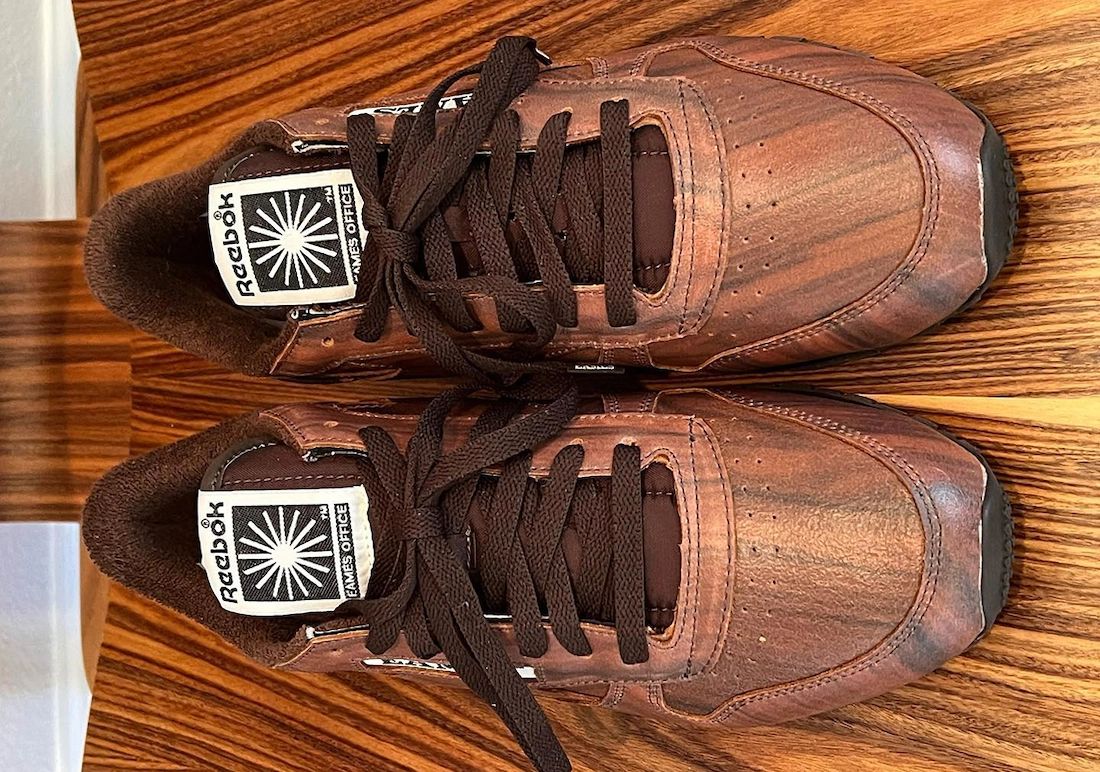