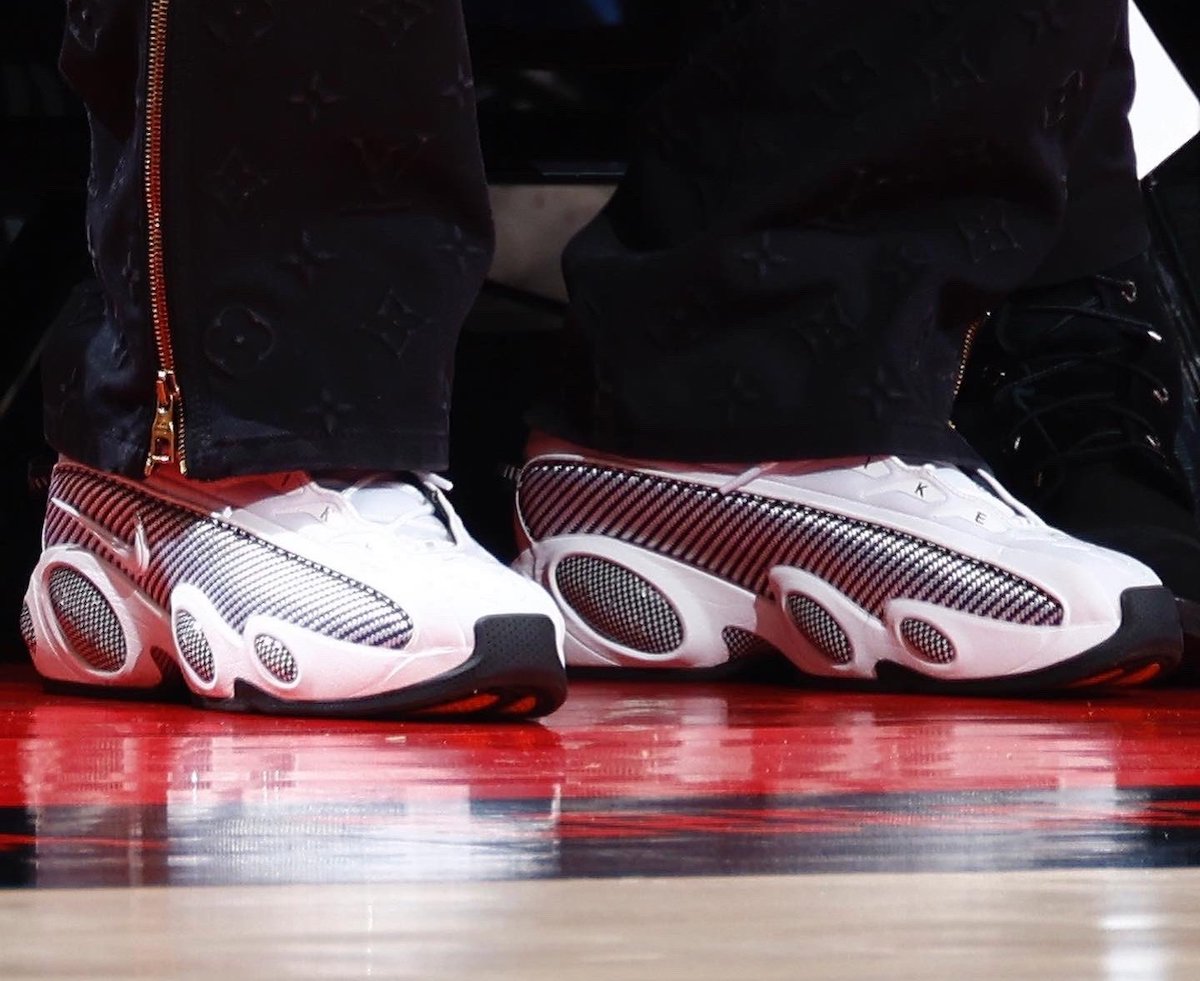 On Thursday night, Drake was sitting courtside at the Toronto Raptors game and was wearing the Nike NOCTA Zoom Flight 95.

This pair is inspired by the Nike Air Zoom Flight 95, which will return in 2022. The pair was originally worn by Jason Kidd during the mid-90s. The NOCTA Zoom Flight 95 is retooled while consisting of Black on the upper and carbon fiber detailing on the sides. You can also see the circular pods on the White midsole, which was taken from the Zoom Flight 95. Finishing the look, the pair has an icy translucent outsole.

Below, you can check out more photos of the Drake x Nike NOCTA Zoom Flight 95 that will give you a closer look. Currently, it isn’t known if the pair will release or stay exclusive to Drake. However, as soon as we have more information, we will make sure to update you.

Update (4/23): Drake was spotted wearing a second colorway of his upcoming NOCTA Zoom Flight 95 in White. 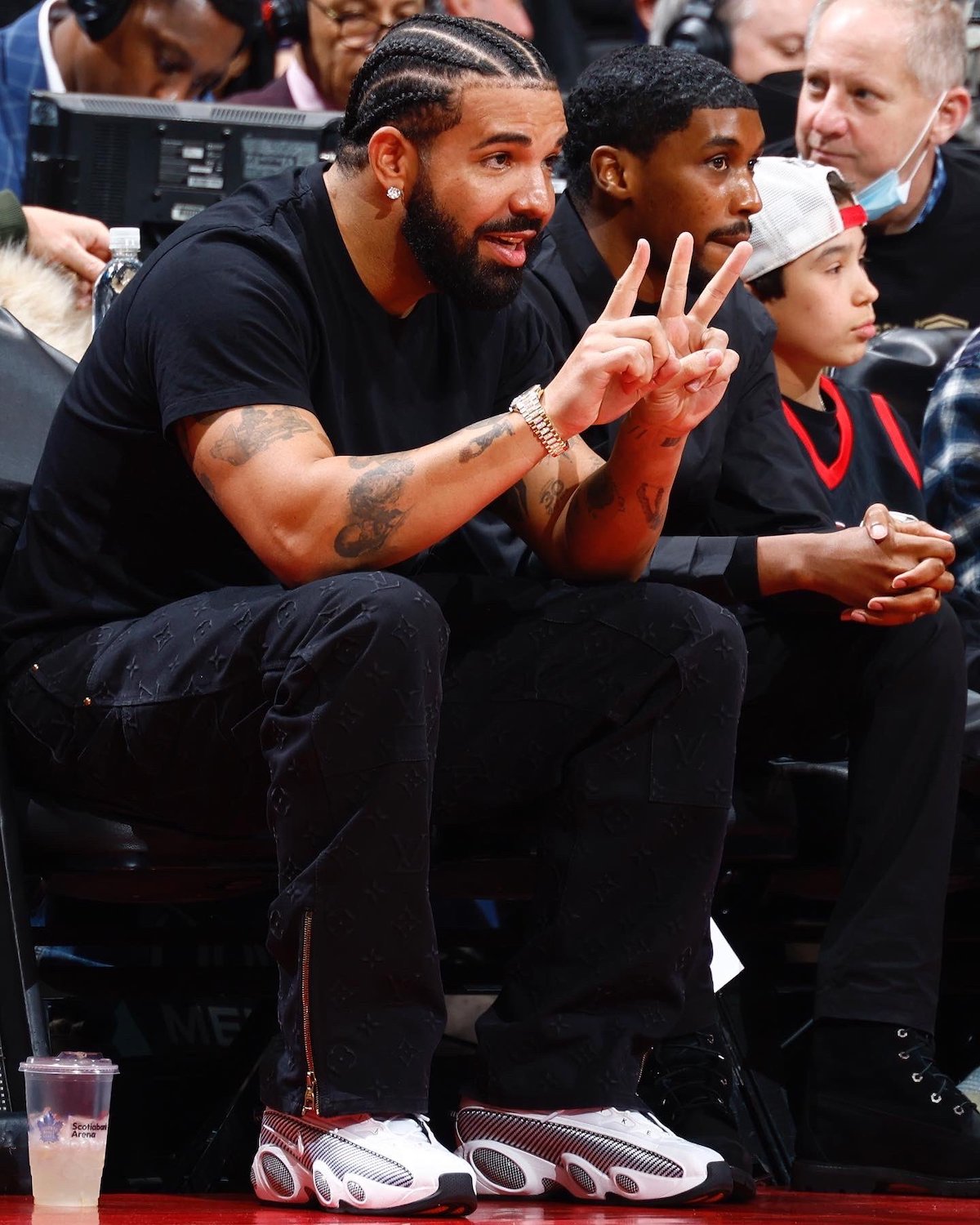 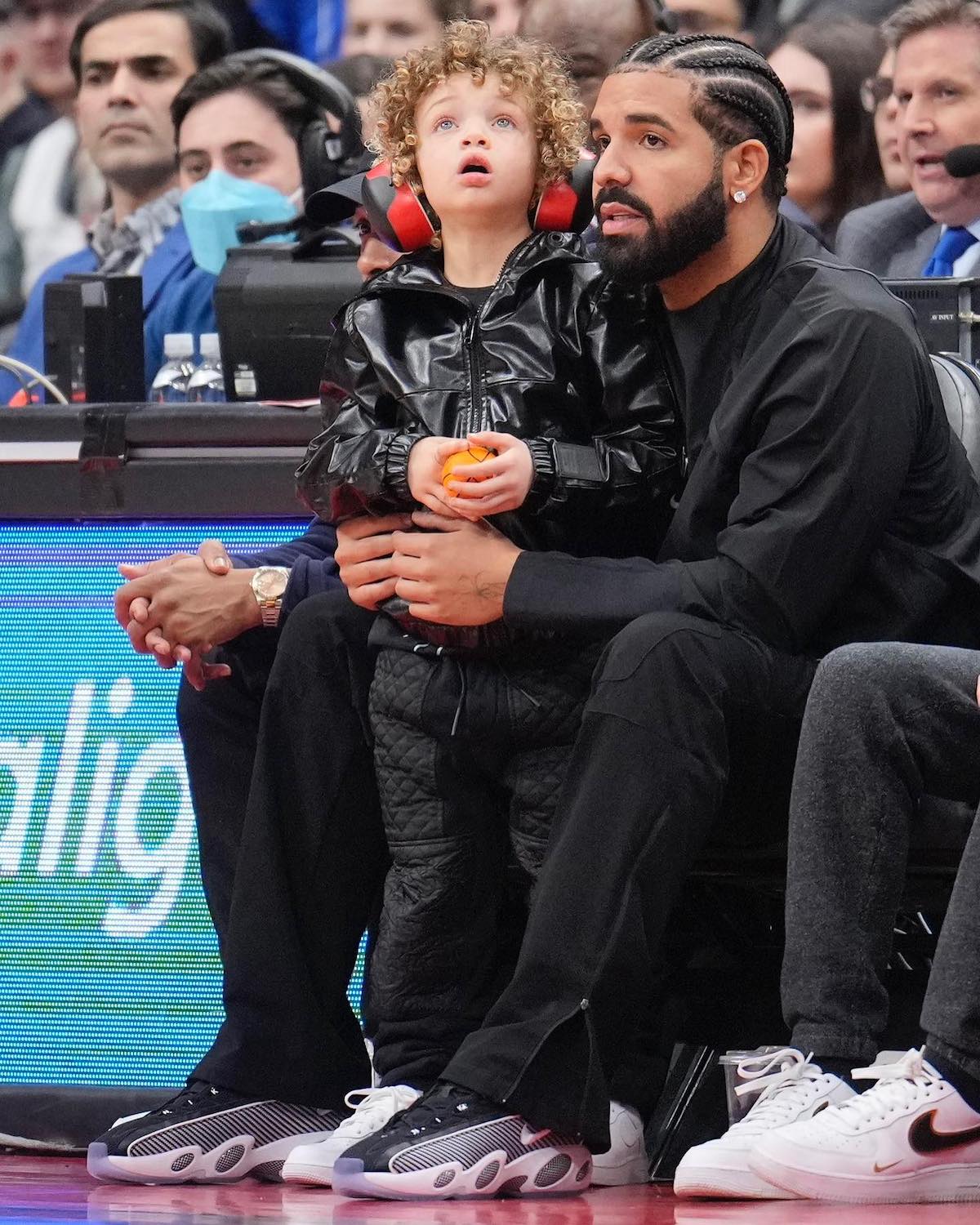 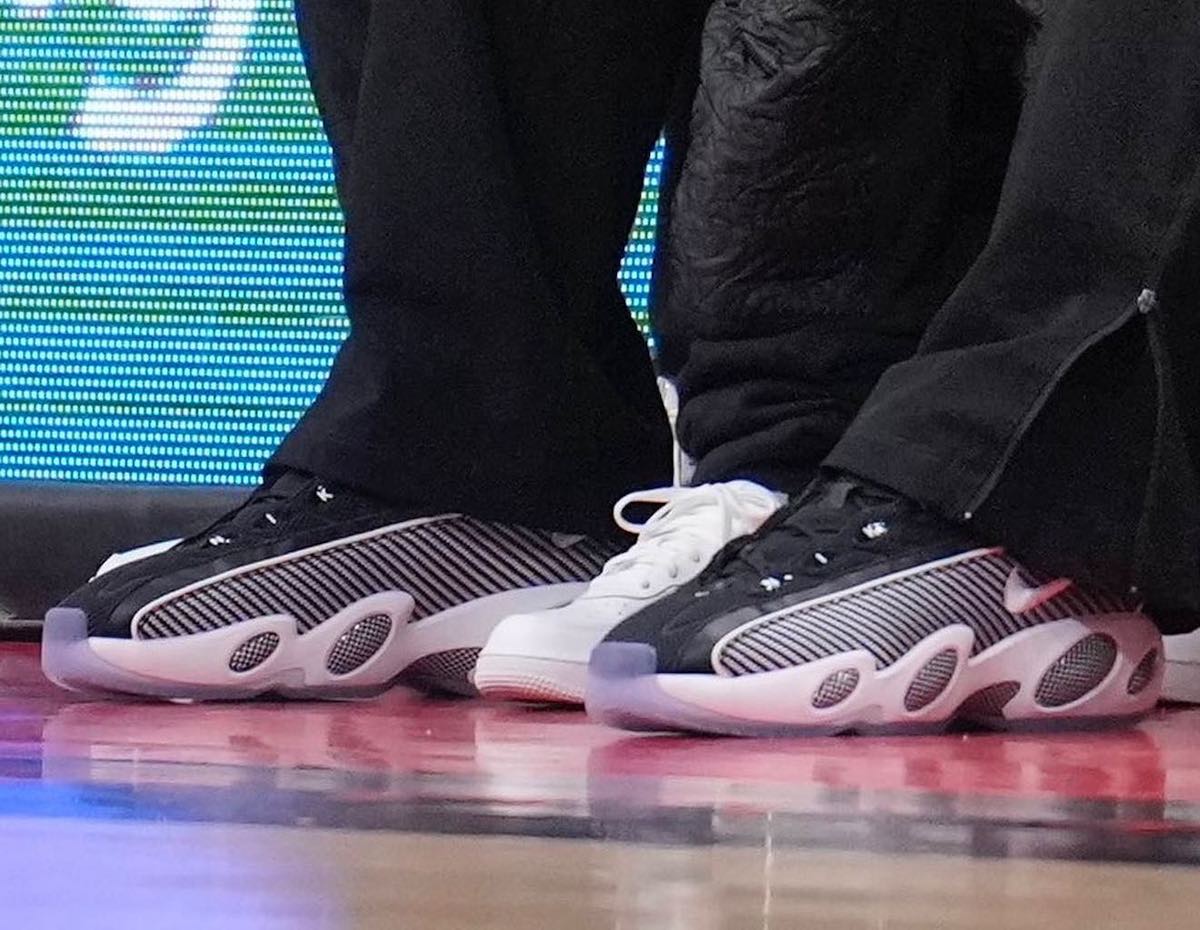